17 chicks across 6 breeds Wow! So much growth! They are turning into great little chickens. Some are straight run, so we still have some male or female mystery going on, but wattles have begun to show up and combs are becoming more obvious. They are shedding so much fluff and dander this week, too. We have begun to pick names for the chicks and I'll add the names where we have chosen!
Here are the pics! Enjoy!

Barred Rocks - not yet names. Docile and relaxed so far.

SLW: One died within a few days. So we only have one. She is a bit feisty. We have named her "Lacey" 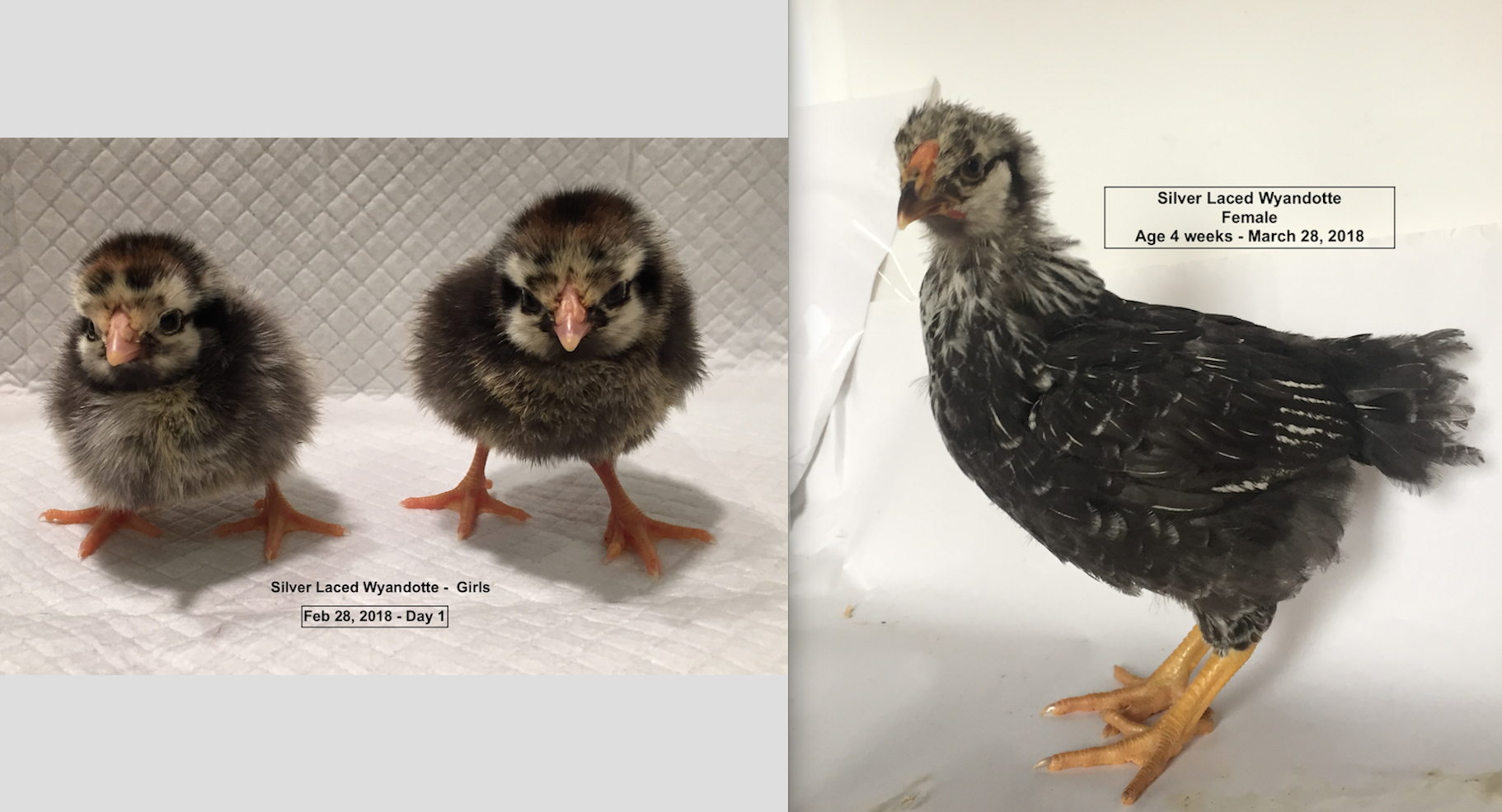 Black Jersey Giants - Straight run, but they are developing differently so we think we might have a male and a female. If so, their names will be: "Jupiter" and "Juno"

Black Australorp: 3 females and 1 male (we ordered the male). They are good personality overall. No names yet.

Dark Brown Leghorns - Straight run. Most likely a boy or two in here....lets hope there is a majority of girls!. These chickens would win a race anyday - they are FAST! So, their names will be: "Flash", "Dash", "Wildfire", "Pronto", and "Razzle". One day we will be able to tell them apart.

Americauna - Easter Eggers! These chicks just get more interesting feathers as they grow! They are so pretty! The light one's name is "Galadriel". The middle one is named "Fili". The right one (darkest coloring) has been given 2 names - yet to be decided: "Bombur" and "Kili" (both are LOTR dwarves - you know, those short, hairy and bearded inhabitants of Middle Earth).

You have some beautiful little babies there!

Jetblack2004 said:
You have some beautiful little babies there!

Thanks for the compliment on the babies! It's been fun to see them grow!

Our jersey giant adopted one of our 9 week old chicks..?