Here are the babies - getting bigger and growing feathers! This week we saw many getting tail feathers and filling out wings. They are roosting on the bar we put into their brooder. They still seek out some heat under the heat plate, but most of the day they are not spending much time under the heat plate. They love meal worms and have additionally had their first taste of broccoli, carrot, egg. This treat of broccoli, carrot, egg was mixed together and the veggies had been chopped in a food processor, and the egg was blended with shells then cooked. All of it was mixed together and when it was placed into the brooder, they were curious, but it took them maybe 10 minutes to explore and discover it was food! They were very interested and ate it all. For 17 chicks, it was a small amount per bird, and they have a separate container of grit in their brooder. Otherwise, they are eating their chick crumble well, and using the water nipples well.

You can see that two of the breeds are straight run: the Black Jersey Giants and Dark Brown Leghorn. The BJG are growing differently from each other - the one with the darker head has more pronounced tail and wing feathers, and the comb also looks more developed - maybe a male? The DBL are harder to determine as they seem to be growing similarly, however, it looks like some wattles are beginning to make their appearance, so maybe that will help to determine. By 6-8 weeks we should know for sure!

The pics at 1 day and at 3weeks were taken using the same box, but I think this was the last week for using that box, as we will have to move to something bigger.

Cute, cute!! How did you make their roosting bar? Mine desperately need one!

Cute, cute!! How did you make their roosting bar? Mine desperately need one!

CarrieDee86 said:
Cute, cute!! How did you make their roosting bar? Mine desperately need one!

With and without chicks. Made with leftover wood (and we did purchase cheap vinyl flooring to cover the random wood planks that make up the bottom and to make cleanup easier). We opted for a "V" configuration for the roost bar since it would be less likely to be knocked out as the chicks got bigger (versus a squared "U" support shape). One thing we did not do, that I would recommend is to paint the roost bar - 1 week in (and they've been using it for only 5 days) and it is already pretty dirty. The birds don't care, but I'm guessing that the poop might come off the roost bar a bit easier when it is painted versus bare wood. 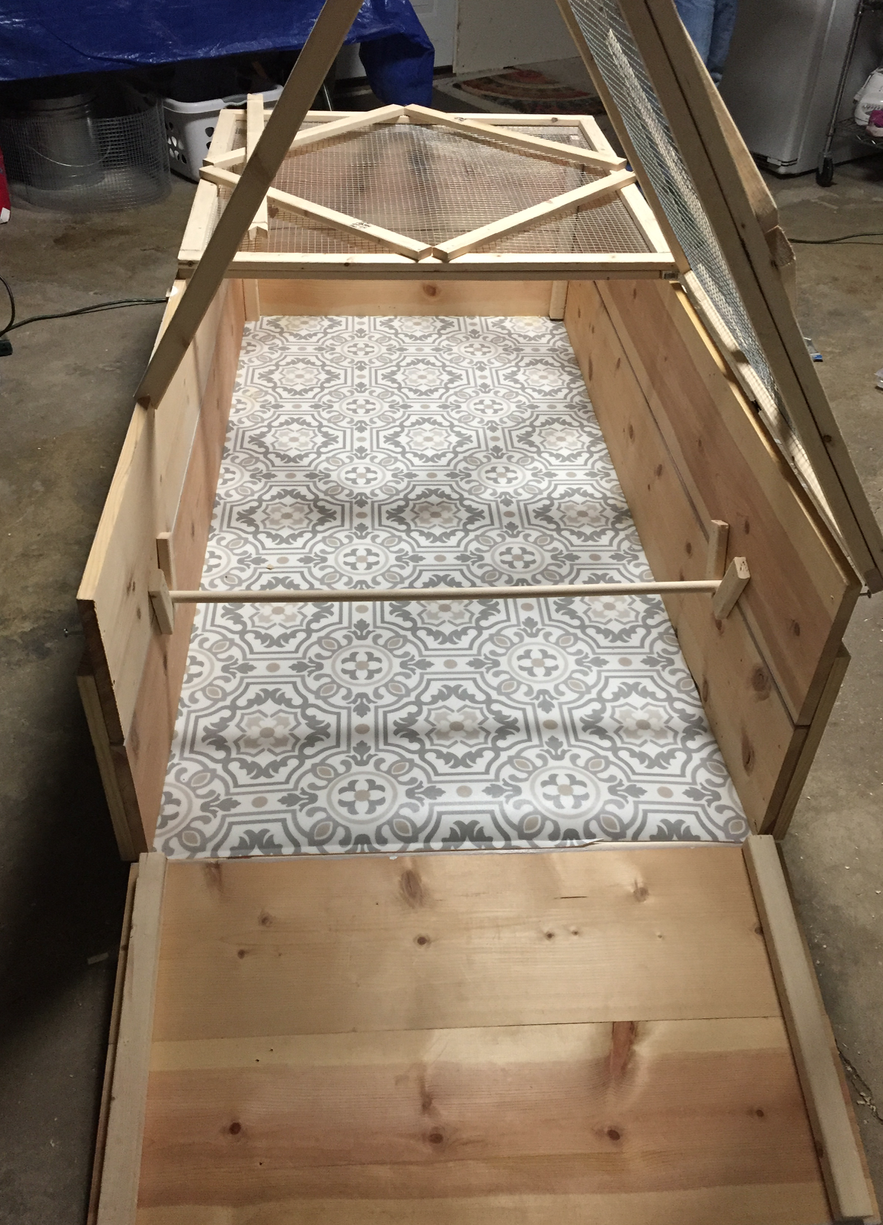 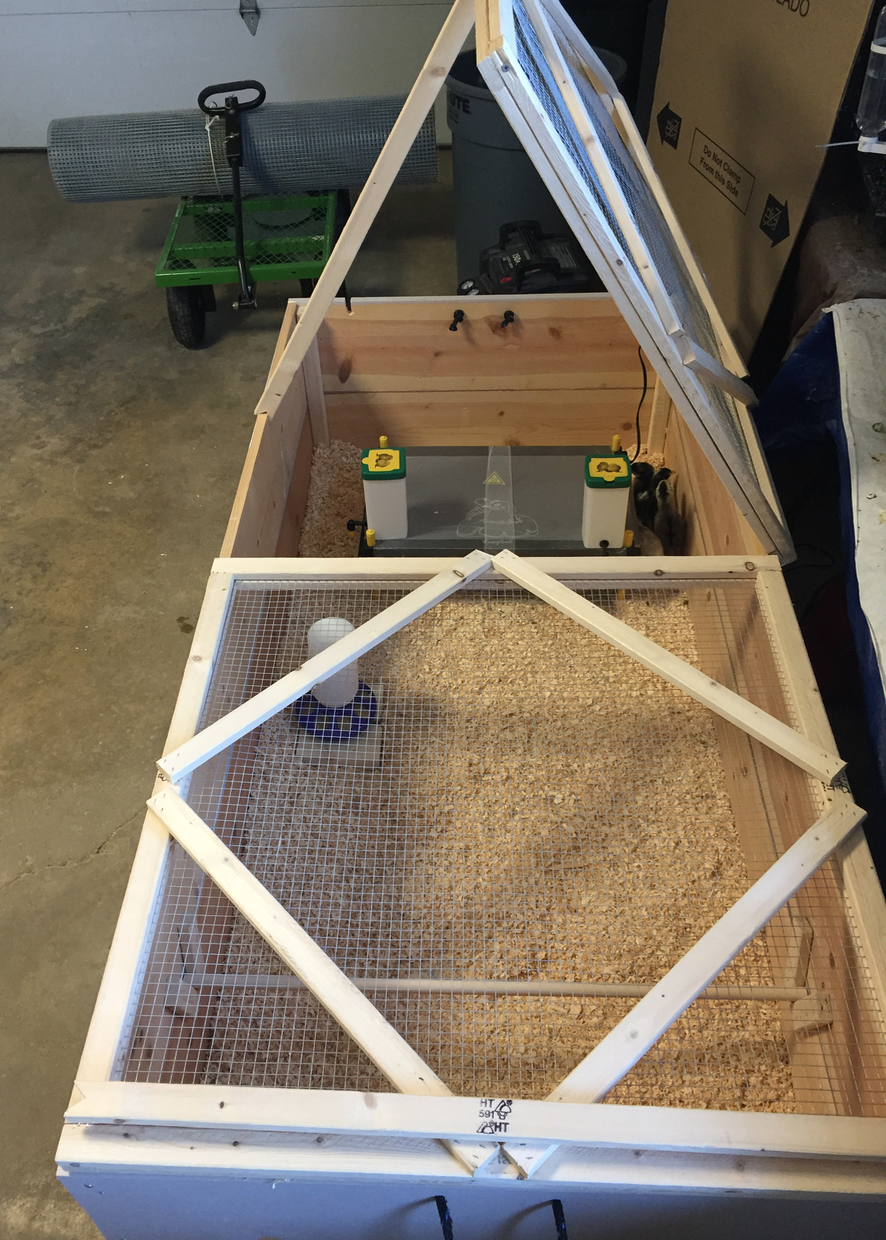