I am curious about what aspects help you decide what cockerel to keep in regards to a mixed flock? I am aware this is a fairly open ended question and really comes down to individual goals, available space, current breeds etc. But in terms of a heritage breed mixed flock with the goal simply being happy, healthy chickens for both meat and egg production, is there really even any specifics here?

Personally, I just want happy, healthy birds, delicious eggs and some dinner on the table from time to time. I have two cockerels and five pullets. For cockerels I have a choice between a light brahama, or an easter egger, the later is half the size of the former. With my pullets I have a Canadian bresse, lavender merans and a black australorp. I also have an easter egger who is the same (small) size as the cockerel and my main concern is the size difference between her and the light brahama and if he might injure her.

I am also considering keeping a rooster flock. Where I intend to hatch my own chickens eggs inevitably, there will be more cockerels coming. In keeping a cockerel/rooster flock, I know they need their own space, but do they need to have their own separate coop? Or can I have a sectioned off part of the same coop, and a sectioned off part of the same run for each? If the cockerels/roosters can see the pullets/hens does this create issues? Or is that only when they are with them? I have been finding mixed information in regards to this and am simply looking for some clarification or personal experience in regards to keeping a rooster flock.


My two cockerels. Quite the size difference. 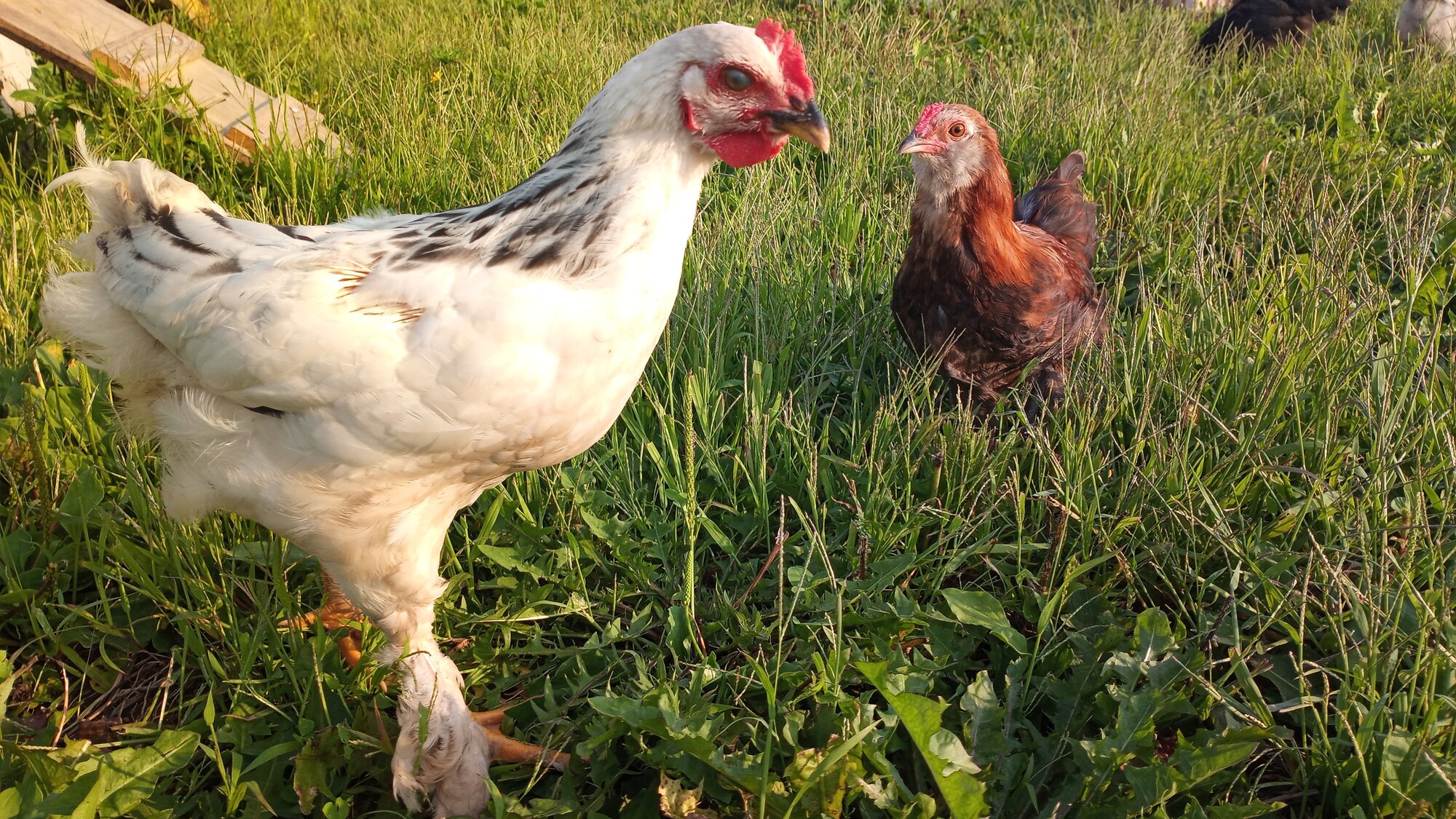 These ^^ are very young cockerels. Soon I would expect them to make your pullets lives miserable. Do have a plan B set up and ready to go. A place set up that you can separate either the fighting roosters, or the pull them from the pullets. Do know that today's behavior is no indicator how things are going to be tomorrow. People will say it came out of nowhere, but usually the signs are there, but inexperienced people do not recognize them, or make excuses for them.

Keeping the least number of roosters with the flock, is best. I would not have 2 roosters with less than 20 birds. The more roosters you keep, the more chance you have of it going wrong.

Roosters are a crap shoot, some work out, and people think, what is the problem, and some do not. There are no rules in that, if you do this, you get a perfect rooster, it is the luck of the draw. Some never fight, some only fight.

To keep roosters, or to hatch out, you need a sharp knife and the ability to use it. Or you are going to have a lot of tension in your flock. Some roosters fight once, and settle it, but this tends to happen in large free ranging flocks, not small flocks which tend to be highly prized and kept in small set ups. Multiple roosters take more space than hens.

As to your question, I have a separate set up, out of sight, but not sound of the hen house. I use it to grow out roosters. I would not keep a bachelor flock for a long time.

People on here do keep a bachelor flock, and sometimes it works, sometimes it doesn't. That is how roosters are, a crap shoot.

If what you really want is a happy flock, don't keep a rooster until you have had chickens for 1-2 years. Then add a straight run group of chicks, and raise those chicks with the flock. Those rooster chicks will learn proper chicken society manners, and in my opinion tend to produce better roosters. Remove the other cockerels, and that will be a happy flock.

Rooster chicks just raised with flock mates tend to be the most aggressive birds as they reach adulthood. I can tell by your picture, that these two are brave and curious and not intimidated by you at all. Unfortunately bad signs.

They certainly are curious, Im not sure what you mean by intimidated, but the light brahama seems scared shitless of me. I had to sit very still for a long time to even capture this photo as any movement I make scares them and causes him to jump away.
I was sort of thinking along the lines of not even keeping either and just having the pullets until I have more experience. Thanks again for the feedback.

My mixed flock, I keep males that are first and most importantly, not human aggressive. Then it's on to (My version of at least) beauty and uniqueness. I have a male that has a Pea/V comb aka "Comet Comb" and has one gene for Crest, Muffs and Feathered legs. If I could justify him taking a spot, he would have the ability to pass any of those 5 traits on despite most of my hens not having any. Plus he's blue and I've got quite a few black pullets this year.

I like eye candy and do not keep birds I don't find nice to look at. I don't really eat eggs so that isn't super important to me thank goodness.

I agree though it's easiest to raise males if you have at least older hens and at best an older male already to teach them their place.

Why do I make assumptions? I just assumed that they came up to you easily, and you were able to make the picture. Often times rooster chicks are as brave as brass.

I do think an all hen flock would be best to start with.

Mrs. K said:
Why do I make assumptions? I just assumed that they came up to you easily, and you were able to make the picture. Often times rooster chicks are as brave as brass.

I do think an all hen flock would be best to start with.

I appreciate the seed of common sense you planted in me in regards to if I want a happy flock, to keep no cockerels/roosters, at least until I get more experience with raising chickens. Sometimes it is very easy to feel we have a greater understanding of things than we do, and I would rather learn from others experiences than think that I know what will happen and end up disappointed.
The woman I purchased my chicks from does custom hatching, and I know I can get birds easily from her if increasing numbers is what I want to do. That in itself saves me a lot of hassle until I am ready to take on the task (or joy?) of hatching out my own.
Thank you for that seed Mrs K

MollyWobbs said:
I am curious about what aspects help you decide what cockerel to keep in regards to a mixed flock?
Click to expand...

Always 1st was good personality (with humans, and with other chickens) Then robust/healthy, then basic good shape, then breed characteristics and then color.


MollyWobbs said:
I also have an easter egger who is the same (small) size as the cockerel and my main concern is the size difference between her and the light brahama and if he might injure her.
Click to expand...

Heavy males can be harder on females, true. But also, some females have softer feathers that damage more easily.

And, some males are just way better with the females. I don't breed males that mess up the girls.

MollyWobbs said:
I am also considering keeping a rooster flock. Where I intend to hatch my own chickens eggs inevitably, there will be more cockerels coming.
Click to expand...

You really have no idea how cockerels were end up until they are at least 6 months old.

So, I keep them and grow them out until I know what I want, then I eat all the extra. My cockerel flock can't see the hens, but can hear them.

MollyWobbs said:
? If the cockerels/roosters can see the pullets/hens does this create issues? Or is that only when they are with them?
Click to expand...

Never had my groups that close.

I currently have 3 males with 4 females in my bantam flock... no fighting and the girls look great. 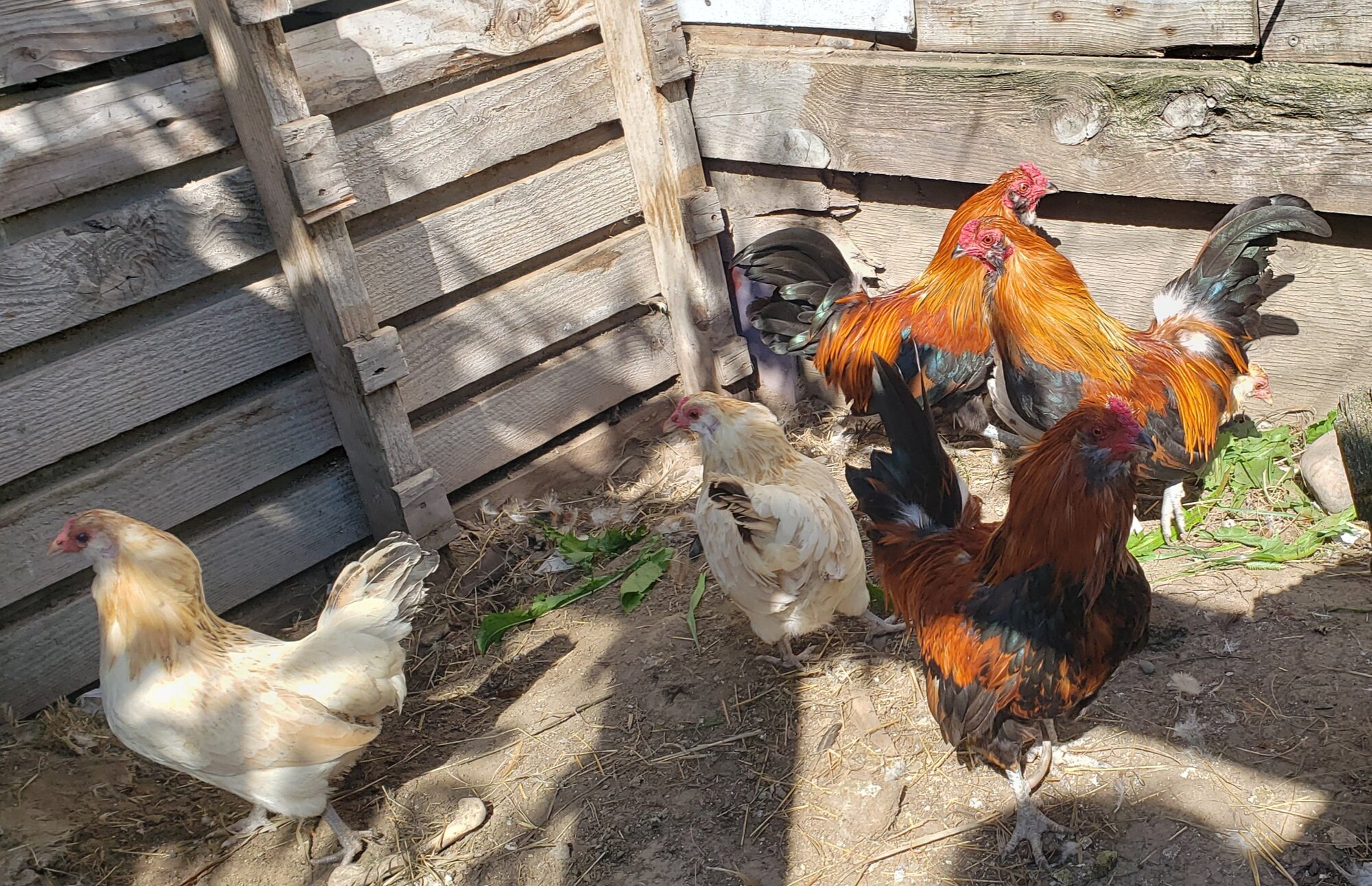 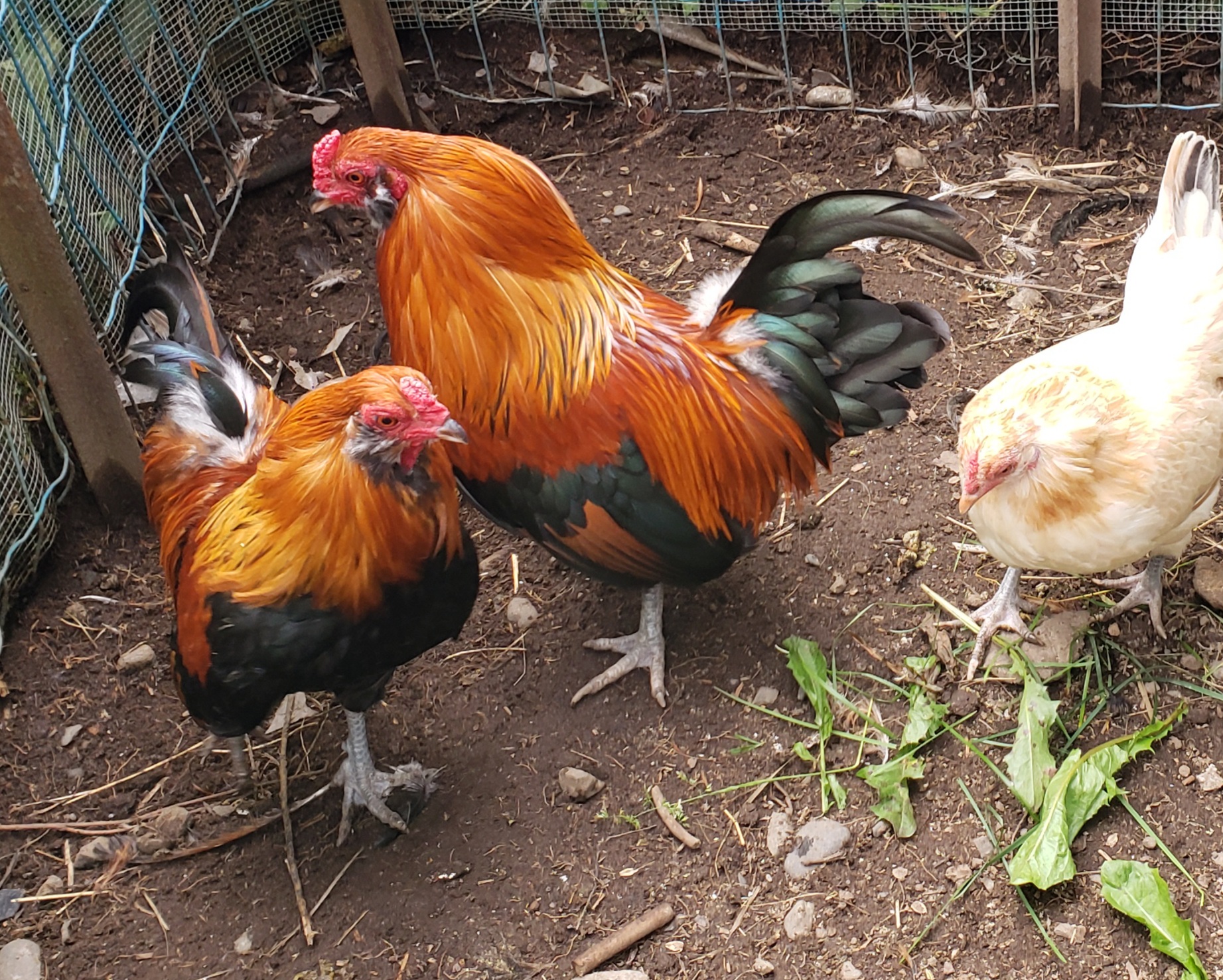 Dealing with a bully cockerel in an all-cockerel flock

I want to keep this young cockerel but I am uncertain if my roo will allow him in the flock.

Dumped cockerel/rooster /How do we catch it?
2 3

2 boys keep fighting, rooster and cockerel, no blood so ok?
2