Along with my most recent acquisitions of birds, one thing led to another and we got quail. A few months ago we had 9 of them, but a raccoon got in and 7 either escaped/met their end. Of the two we have left, one is definitely a male. The other we are unsure of. We believe she is a she, as she doesn't have the brown on her chest, but we aren't sure. She's never laid an egg, and we are afraid of throwing a few more females in there if they are both males. Even if they were raised together and get along right now, that may lead to some problems. They are both currently about 8 months old, as we got them in late fall. We had them on a mix of leftover chick starter/layer crumbles, but now have changed them to actual game bird feed. 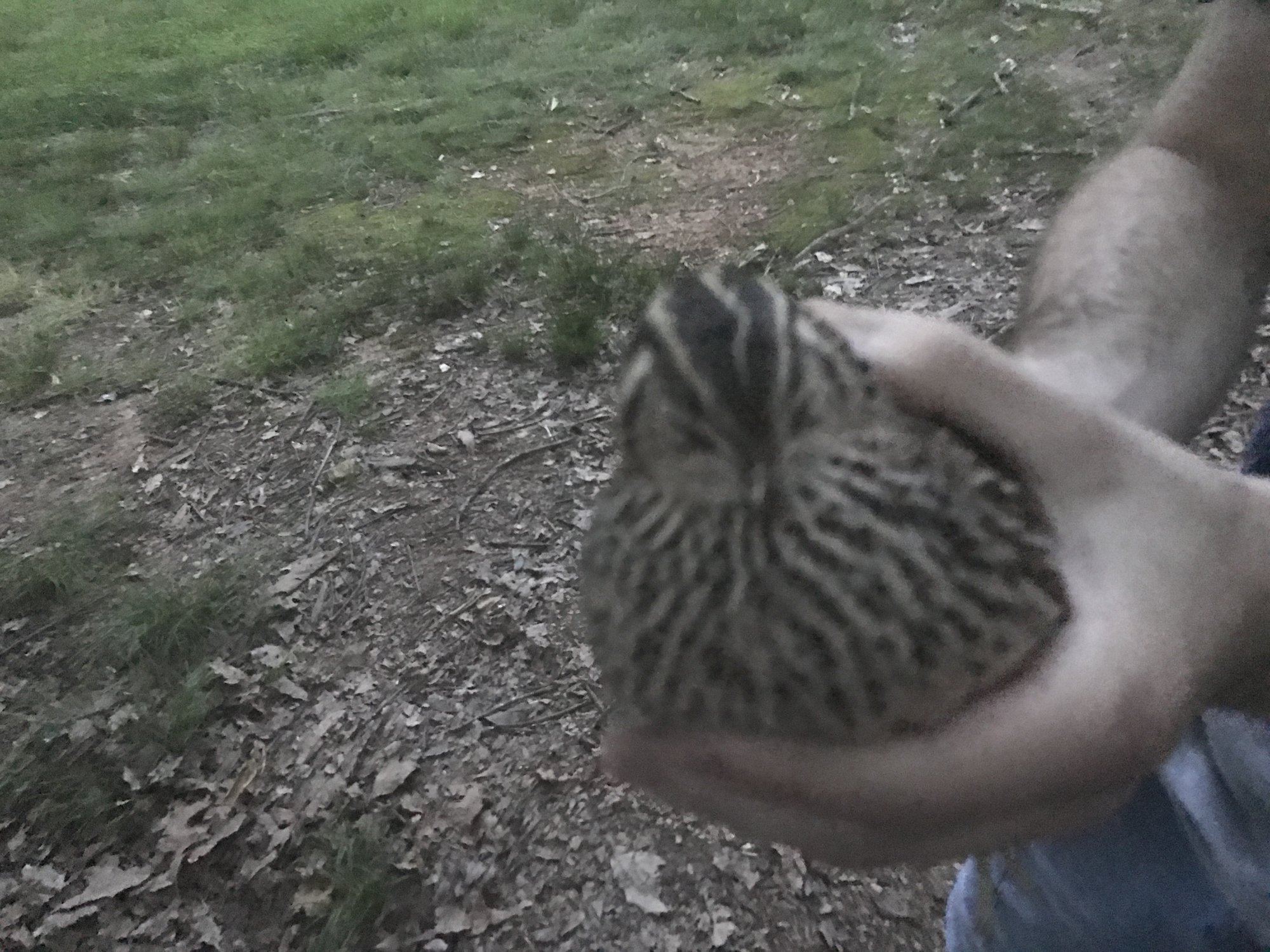 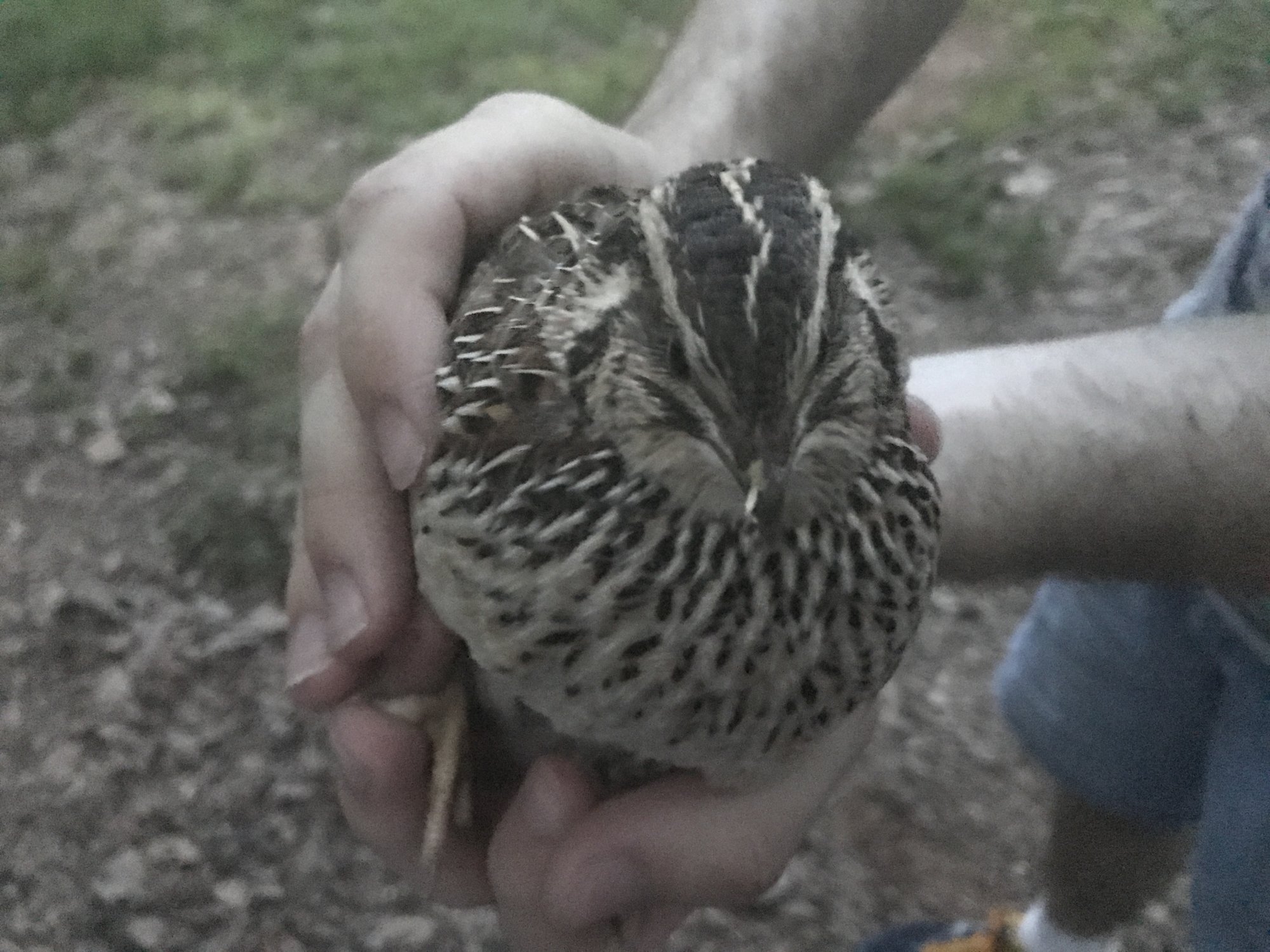 Here's a picture of the male 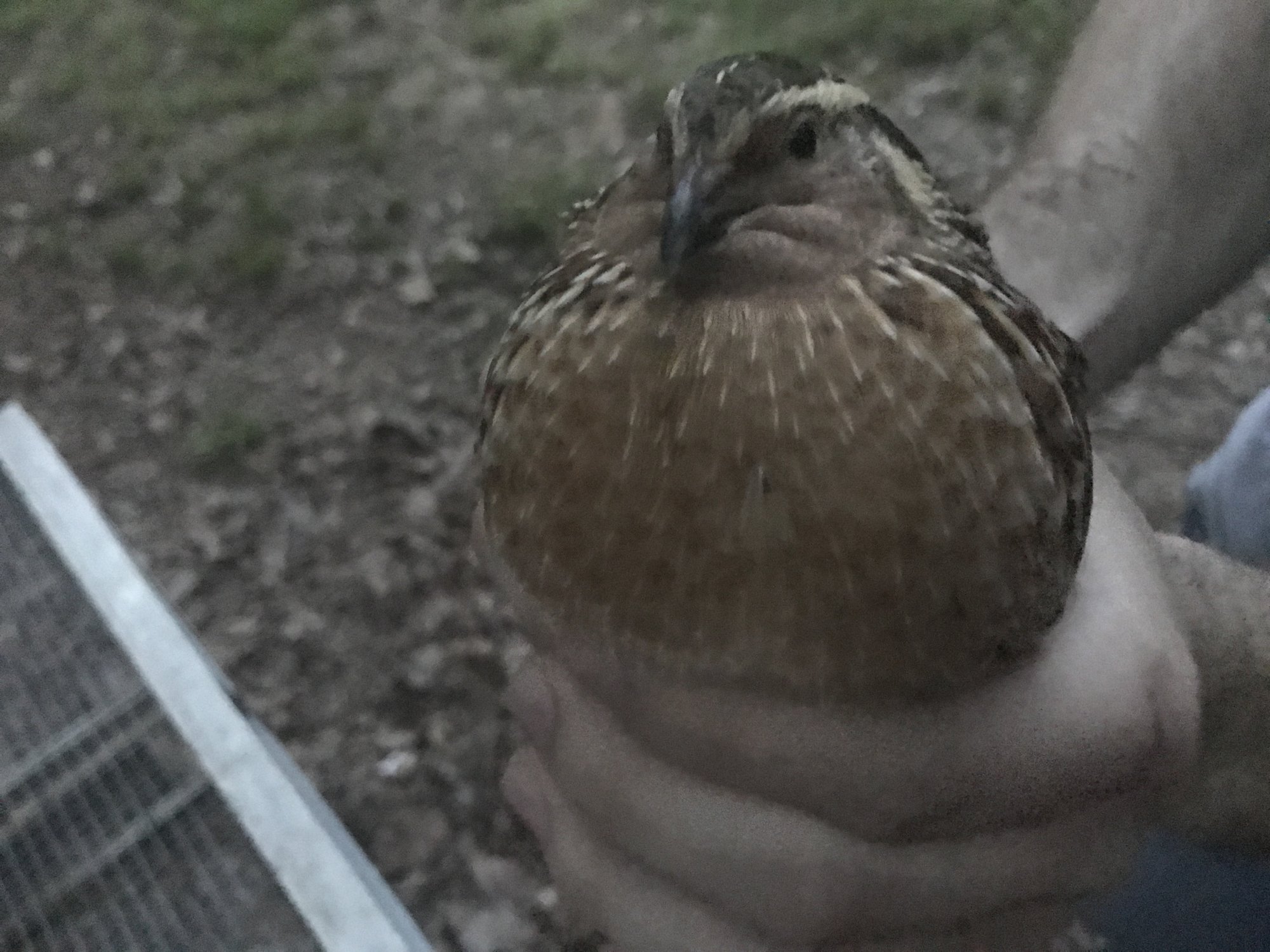 Kinda puffed out, as he tried escaping the moment the picture was being taken.
I know they aren't chickens, but thanks for your help

Yep, she's a hen. Wonder why she's not laying any eggs for you....maybe the higher protein will help her start laying.

Are both my liege fighters female??
2

A
What gender for Sebrights?