what is a buff brahma? i rearranged my flock to have almost all buff orpington hens, and now i dont have a rooster... yikes...

are these similar? pretty? are they big? 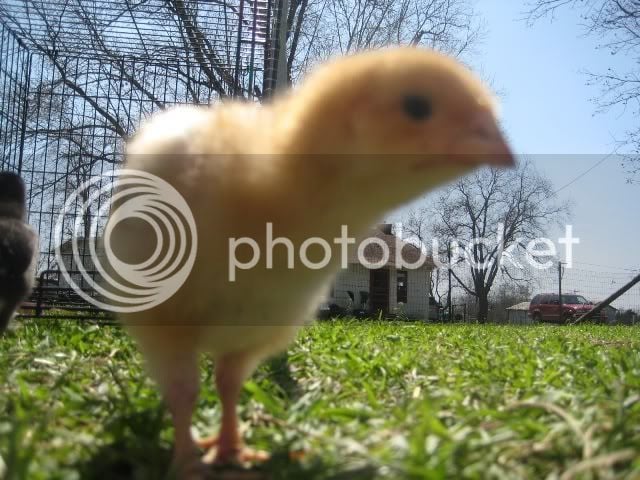 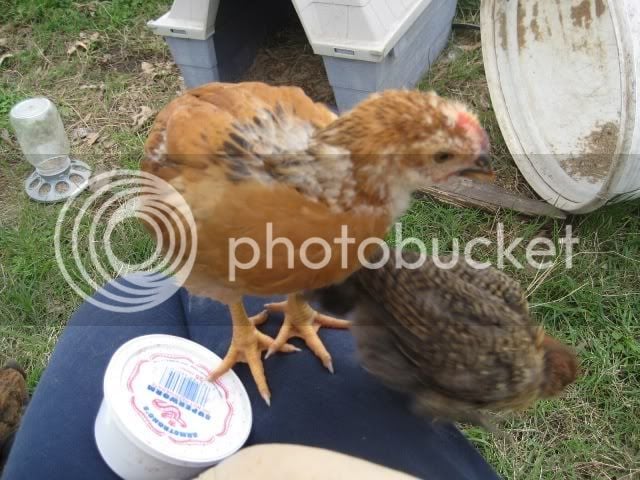 You dont have a buff brahma, they have feathered feet

Brahmas have feathers on their feet

It looked very much like a Buff Brahma in your other post - but we couldn't see the feet until now...

doesn't look like any orpington either, the legs should be whiter

could be a cross of the two

show a better pic of your RIR???

thanks guys!
lol i was starting to sweat..

i bought him from tractor supply.. hes sopose to be full blood
but im sure accidents happen!:| 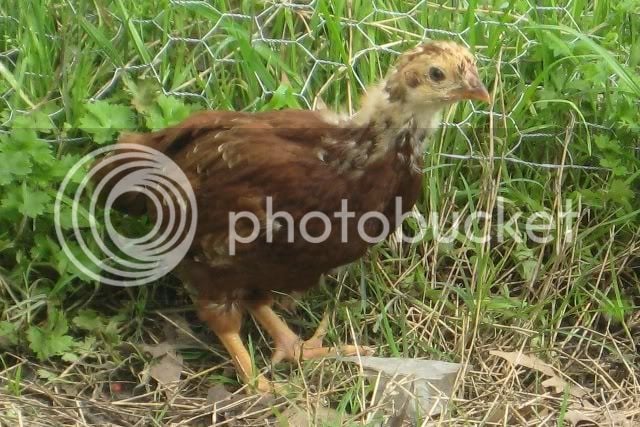 yes, buff brahmas r feather footed. here is a pic of my girl buffy she just started to lay and is about 5mths old. as u can see by the silkies in the back pen she is a big pullet and she is not full grown yet, i have to carry her in both arms she is a biggen,lol. her roo is 2x's bigger than her and i think when grown will be about size of a jersey giant not sure. he is massive in my arms i can't hold him long as he is a huge boy. i'll have to get a better pic of the 2, don't have any of him he don't like flash of cam. i'm currious to see how big they really get since they r so big already.

they r both purebreed and feather footed although u can't tell that on her in the pic when it's smaller. this may give ya a better idea what they r and they r a brown egg layer. they also have pea combs and neck feathers will be a thick black v down it with golden buff colored thin outline v on each of the hackle feathers, tail will have black in it and they have like a gray color on foot feathers.

what kind of comb does he have? i'm leaning more towards a hatchery stock bred buff brahma which would explain the no feathers on feet. brahmas are gorgous and very well tempered if that is what he is u will love him. mine is my gentlest roo and loves to be a lap chooky,lol. he is the best bird in my entire flock and so mellow.
hope this helps,
silkie

Quote:
what a really pretty animal! wow! well,, i gues ill tel people i have a buff brahma without feathers on feet lol.. or orpington mix.. i dont know lol! yours is pretty!

Quote:
i put a pic of my "rir" above the pic of my um,, orpington cross or whatever he is!

hope its a good pic for ya
S