Do you think this pullet is Mille Fleur?

I have a Rooster that is Columbian as his base with a lot of black mottling and the occasional white tipped feather. He’s 1/4 OEGB and half Sablepoot and most likely is a low expression Mille Fleur (waiting for his first molt to see if more white tips come out).

I have another rooster split to mille fleur.

The weird thing is that (to my awareness) none of my hens carry mottling, but I had a few chicks that came out looking like mottled chicks with mottled down and feathered out to be mille fleur-like (just a little darker?).

Here is a photo of their chick down: 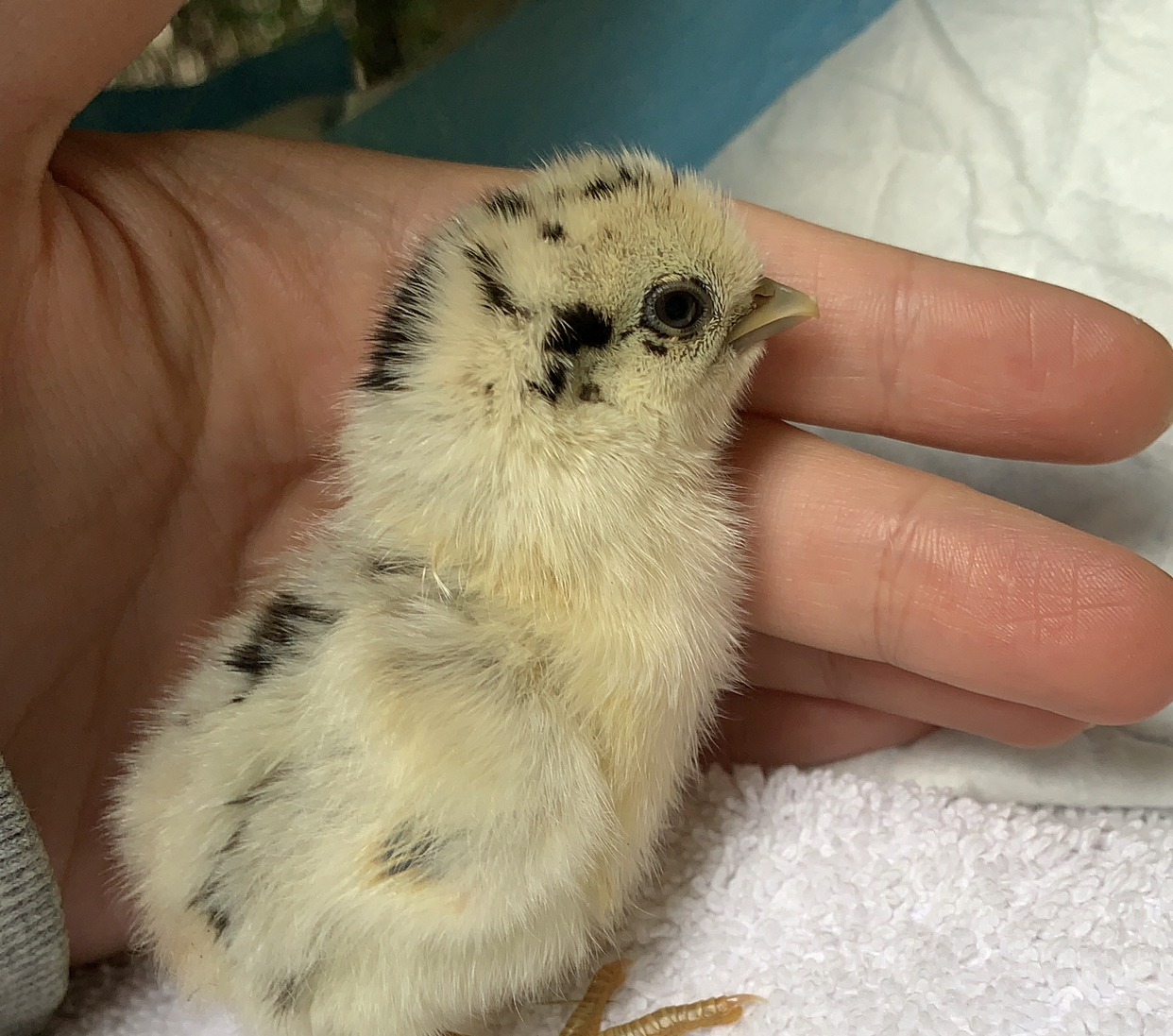 Here is that same chick as a pullet: 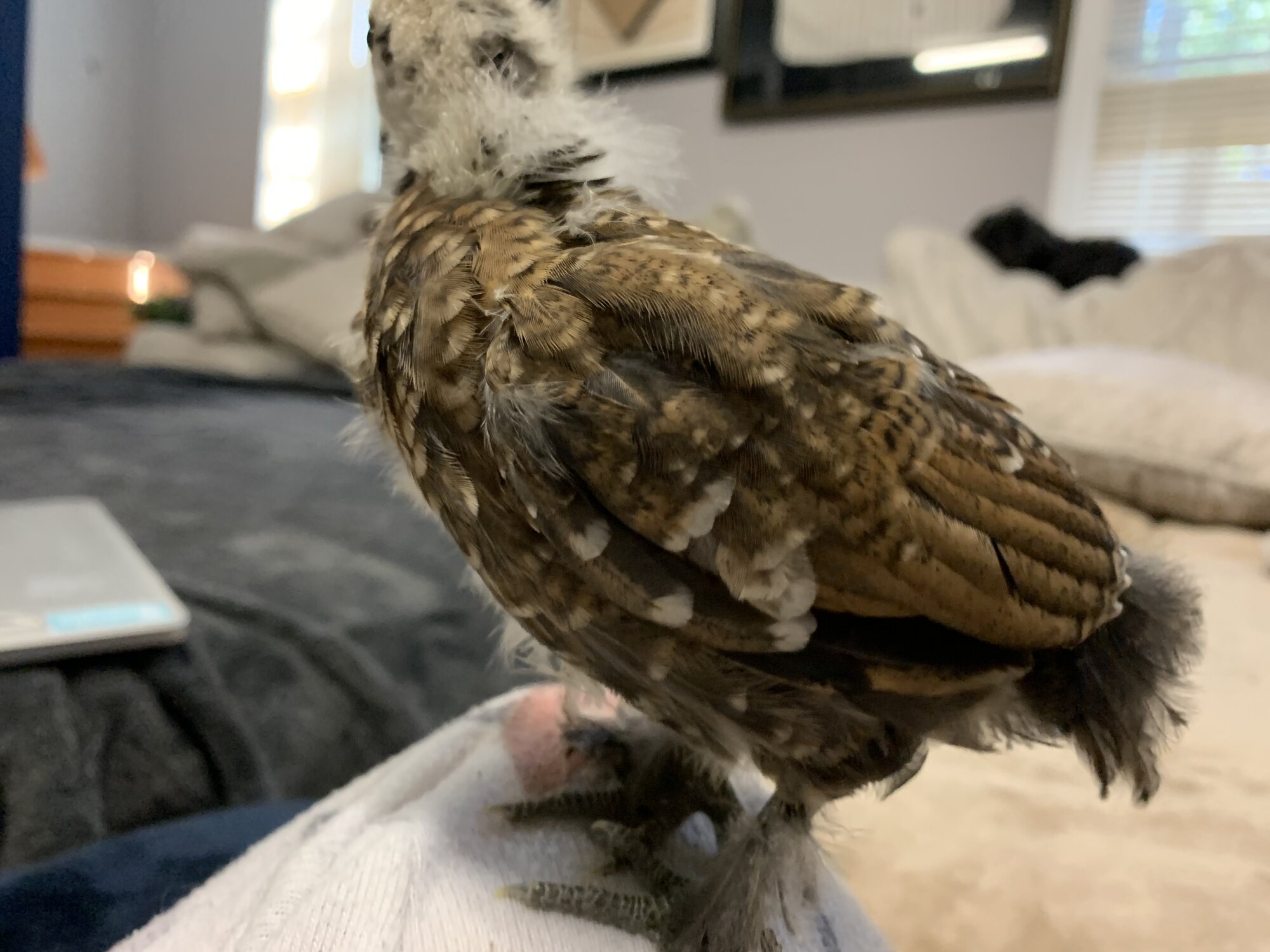 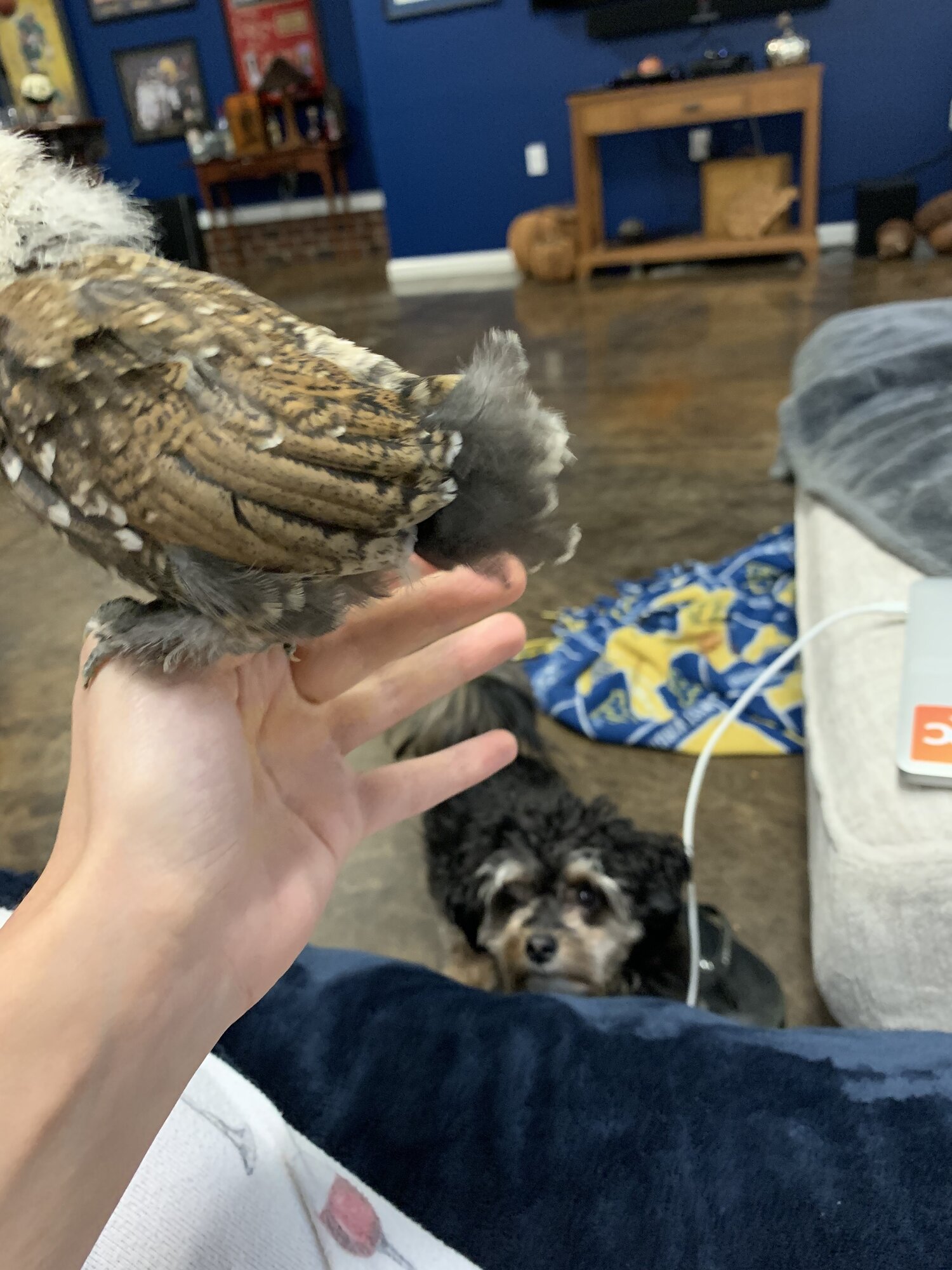 She has lots of white tipped feathers and a much higher expression than my rooster. There were others very similar looking to her that I sold. Some with lower white expression.

One had the same chick down as her but looks to be barred with some very subtle white tips.

Anyone have any idea what genes they carry? Would one of my hens have to be split to mottled to produce chicks like this or could it be a fluke?

🙄🤚Be kind to the Cochins

I'm not confident it's mottled. It could be mottled but it's variety is not mille fleur.

Once it gets the next few sets of feathers it will be more clear!

Rhodebar Lover said:
I'm not confident it's mottled. It could be mottled but it's variety is not mille fleur.

Once it gets the next few sets of feathers it will be more clear!
Click to expand...

Yeah, I know sometimes the white tips are there in chicks that are split to mottled and they vanish as adults. I just think she has a lot of white tipped feathers. I wasn’t expecting to have any mottled birds so the fact that she could be surprised me.
I’m really hoping she is. I’ll send updates

I think she's either mottled or carries mottling and has some leak-through. I have another chick that is solid black with white tipped feathers all over, but very low expression too. Not sure if I just have heritable low expression mottling or carrier leakage. I imagine it'll become clearer after they all molt.