Do young roosters eventually quiet down with the crowing?

We have 21-wk-old Barred Rocks and one is a roo. When I ordered the chicks I paid the little extra to have them sexed, but looks like that 1% chance of getting a boy was my lucky number. Once we realized there was a roo in the mix, I debated about whether or not to keep him. We live in a rural mountain area but I do have neighbors and this guy found his voice and loves to use it.

Now, I understand they crow for different reasons, and I totally expected the early morning ones (does it REALLY have to be 5am???), but he goes on and on and on. He also crows throughout the day from sun up to sun down. Is this just something that they "outgrow" after several weeks and only crow when really provoked/morning?

His odds of staying are getting slimmer every day, especially as he has taken to going after my wife and kids, which I might put in a separate post since it would detract from the topic.

Some roosters crow more than others. It sounds as if he is going to be one of the frequent crowers. Couple that with his human aggressiveness and the presence of kids - he would have to go if he were mine. The possibility of injury to a child is a real thing.

Most roosters do crow a BIT less once they mature. Most... but not all, some boys are just really vocal.
However I have to agree with @sourland I wouldn't keep an aggressive rooster around kids

the idea that they crow only at sun up is a myth! All day, every day. And more so if there are others to reply. Some have louder voices than others.

Crowing frequently or little depends on the rooster. I have a huge White Jersey Giant that is pretty quiet after a few crows in the morning. He rarely crows during the day. I also have an Ameraucana mix that crows in the morning, but he also likes to crow in the afternoon, which Harvey, the Jersey Giant does not do. It just depends on the rooster!
Here's Harvey: 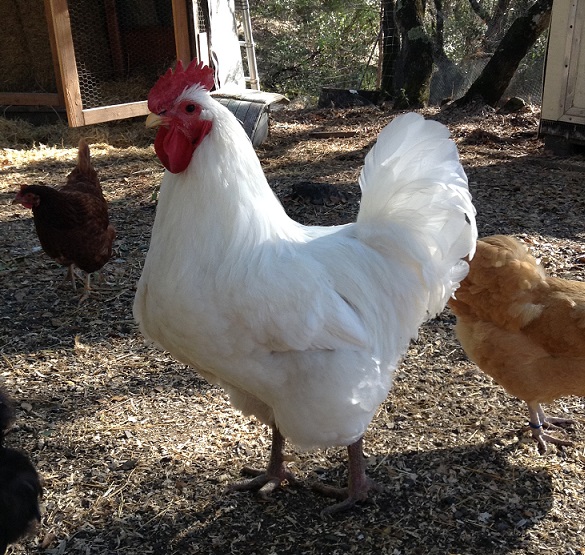 Here's my other boy Fowler: 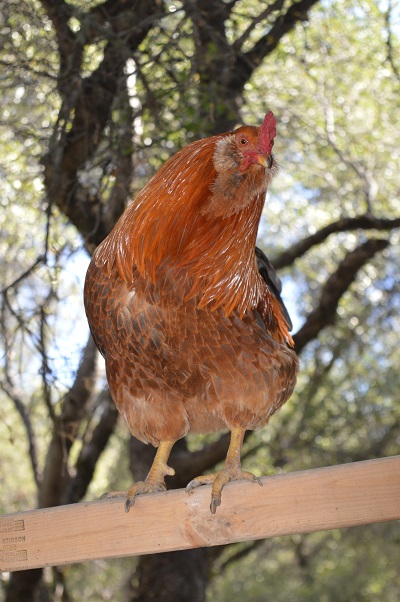 Thanks for all the responses! I was afraid that might be the case where he's just going to be a noisy one. He's really good with his girls so if we can correct his aggressiveness towards humans, he has a chance. If not... we may be down one bird by the time the kids return from their grandparents' place in another week. I have no qualms about culling birds but my family (against my advice) became attached to them as pets despite getting this breed for eggs/meat.
You must log in or register to reply here.
Share:
Reddit Pinterest Tumblr WhatsApp Email Link