I've talked with a vet and done suggested methods of treating my drake, but there is no improvement. It's not looking any worse either.

-I separated him from the flock.
-He gets clean bathes daily, also epsom salt bath
- he is doing normal duck things, eating, drinking, diving and preening.

His phallus appears very swollen and is hard. Doesn't look like the cork screw. Has a spot that appeared to be maybe a cyst or something. Has dry white skin? In it. I attempted to remove as much as possible. Here doesn't appear to be in pain, as he tolerated it.

I've used neosporin several times a day on it, preparation h, to reduce swelling, sugar/ honey wrap, and nothing. I strongly believe it is an amputate situation.

It looks a little worse than this right now.
Any advice? I can't afford a vet for this.

Excellent picture of the problem, @casportpony mentioned a similar problem on another thread and may be able to advise you it
@aart can you think of others with lots of duck experience to tag in? I mostly read about chicken issues here...

Welcome to BYC. Can you post another picture of you pulling on it like this? The picture below is one that I amputated. 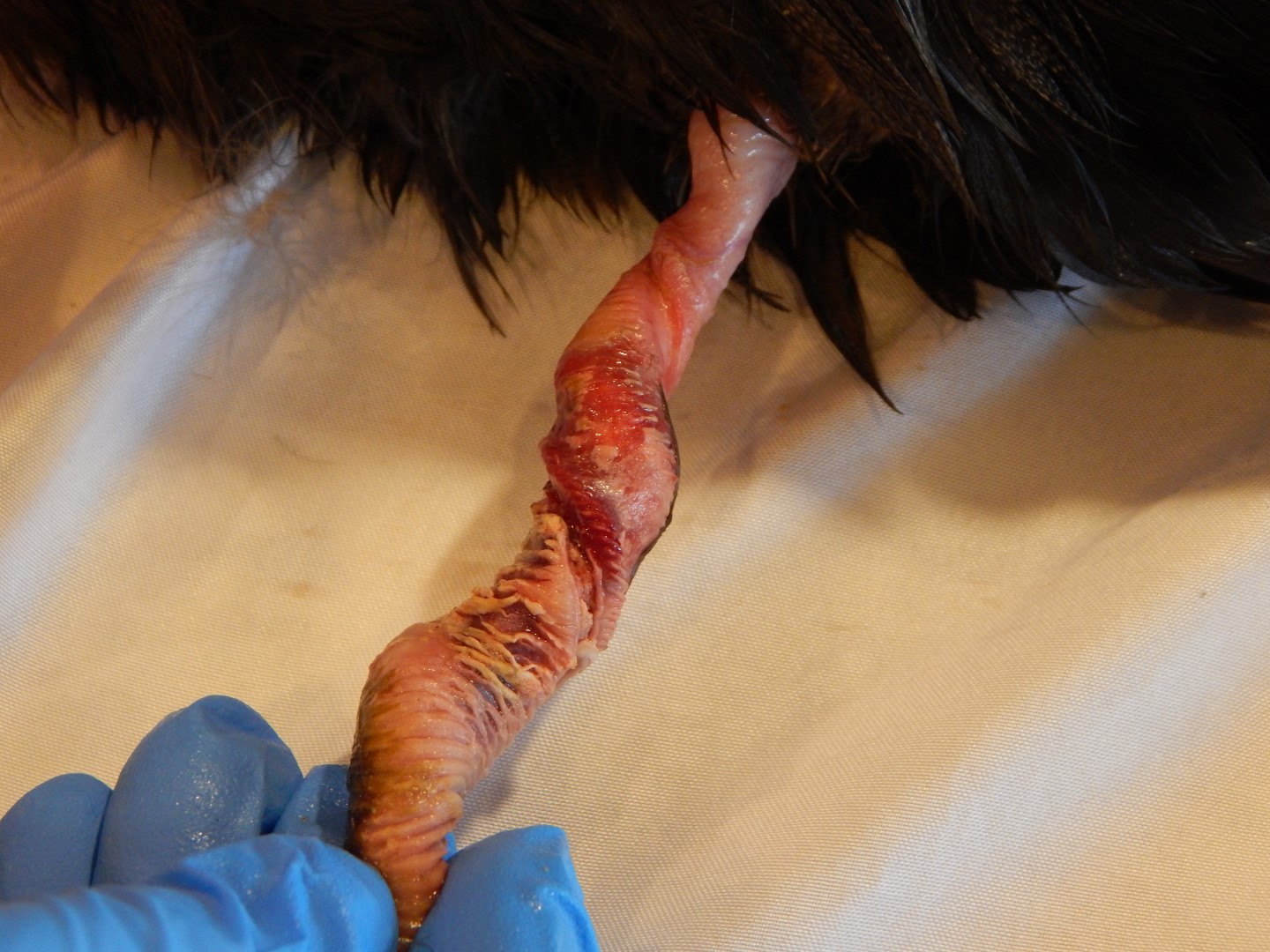 Here is a video of a duck penis being amputated:

casportpony said:
Welcome to BYC. Can you post another picture of you pulling on it like this? The picture below is one that I amputated.

Here is a video of a duck penis being amputated:

I'll try to get a pic like that, but he's very swollen, I'd say a good 3/4" right at the base, circled in the below pic.

I have him in the bath now. I'll get a pic after.
Thanks!

Here's how he's behaving at bath time.
He's acting normal as can be. Waiting for him to finish preening, and I'll get pictures.

He does look happy and healthy!

He nipped it while preening, so it's bleeding a little. I have used iodine and neosporin to curb infection.

Great pictures! Can you dig that yellow mass of pus out? I'm am not a vet, but I think if you can get all of that pus out you might not have to amputate.

Y
Is this Prolapse?

K
Baby chick has a prolapse or extended vent?