Hey all,
So about a month and a half ago, our ducks knocked over there water in the temporary pen we set up overnight, so they were basically swimming in their crap. But one of the ducks was laying on his side unable to get up. So were were thinking maybe he had a parasite. I have given all ducks dewormers twice so far, vitamins and electrolytes via water every other day. He got a little better after second dewormer. He has a loss of hair on his thighs and wings. Unable to clean himself properly. His feet are pointed inward so hes basically standing on top of one another. So that may be why hes stumbling but i have ran out of ideas. Any help would be greatly appreciated. Thanks.

I'm sorry you are having trouble, let's see if we can find someone to help you with your duck @Amiga

In the meantime, if you can share some photos of your duck(s), your pen and housing that may be helpful

Ok, so heres an update... sorry i havent been posting but ive been busy... So i dewormed just the one duck had him seperated from the others for two nights... he has started to grow his feathers out but he is still stumbling. I watched him for a few minutes today and noticed that hes stumbling over his own feet. His left foot is straight but his right foot is pointed imward. Im going to keep giving electrolytes through the water but im also going to get some brewers yeast and try that... question is can you give yeast and elecrolytes at same time or only do one? i hope he will be able to walk normally again... Thanks.
M

No i dont believe it is broken. i have called vets and noone knows anything about ducks. But a coworker knows someone who raises ducks so im just waiting on a reply back. Here are some pics of him. 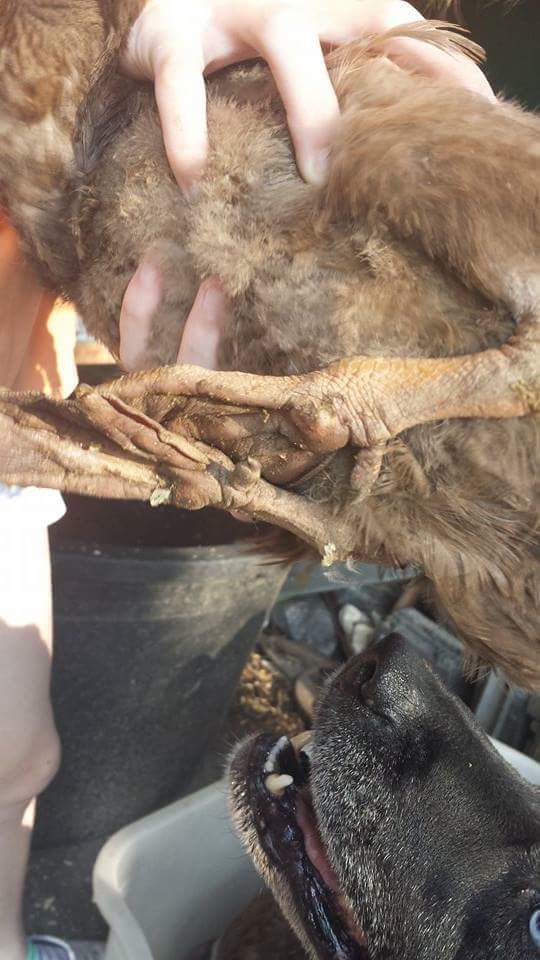 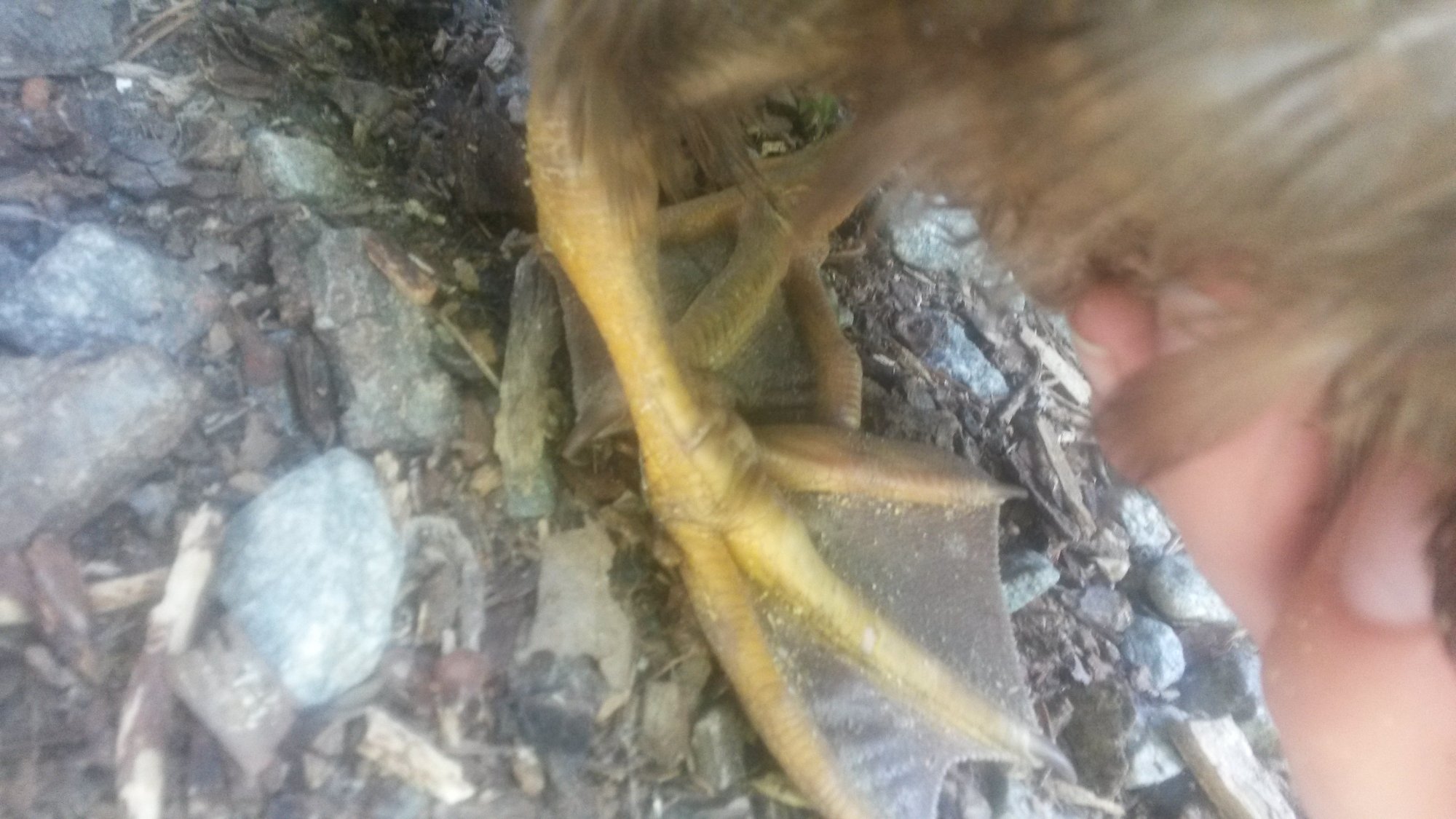 The left foot....above the webbed foot looks swollen....
or injured...
I'd keep soaking that foot in warm water for 15 minutes at a time a few times a day...
and try to keep him off his foot, in a small area....
Your friend who owns ducks... probably knows more than I do...
I have ducks, but haven't had an injury as of yet..
C

So nobody can help me where i live, nobody knows anything. im pretty sure Its not broken, and i dont see how it can be dislocated... can he still move it if it was dislocated? On another post it said to just leave the duck alone and he will heal and adapt to the way it healed or something like that. i dont know. i was feeling the area when i took him out, i tried to see if i could possibly pop it back in but didnt work. You can feel the difference when you put your hand on both legs.. is it possible its healing where its at and you cant pop it back in?
M

Try this... find an avian vet in your area....or in your state....
I would take more pictures, and email them to them.... tell them what happened
and that you can't find any help in your area and is there anyway they could give you an idea what's wrong and what you can do about it...
Maybe they would say take to vet, and get x-ray or something, and maybe they can help you from the x-ray... ? That's what I think I would do....
In the mean time... soak the foot when you can.... keep him confined.... and give him poly vi sol without iron... maybe include some eggs ... find out the calcium needs for ducks,

Email everyone you can find with pictures.... it may not get you a reply....but at least it's worth a try..?

My duck drank some bleach water!? What is going to happen and what can i do?!!!
2

Concerning Loss of Appetite in Chick