You always hear about the tiny dodgy ebay coops on here, and to stay away from them. I bought one two years ago for two bantam hens and it has served me well as they free range for half the day. No rot because it sits on a concrete slab and I re-oil it twice a year. Even stood up to a boisterous 30 kilo golden retriever puppy bouncing off it learning what chickens were!

This year my hens started to lay less, so I planned on getting two new girls and to prepare for them I scrubbed the inside of my coop and painted it white. Then I was inspired......
Now my four hens get along in their clearly (even for free ranging) too small coop, the fun of planning could start! I drew up plans for ages and have settled on one to make the run at LEAST 8 times bigger, and turn the entire original coop/run combo into just a coop! With high roosts and an indoor feeding/water area! (and room for more hens!!! 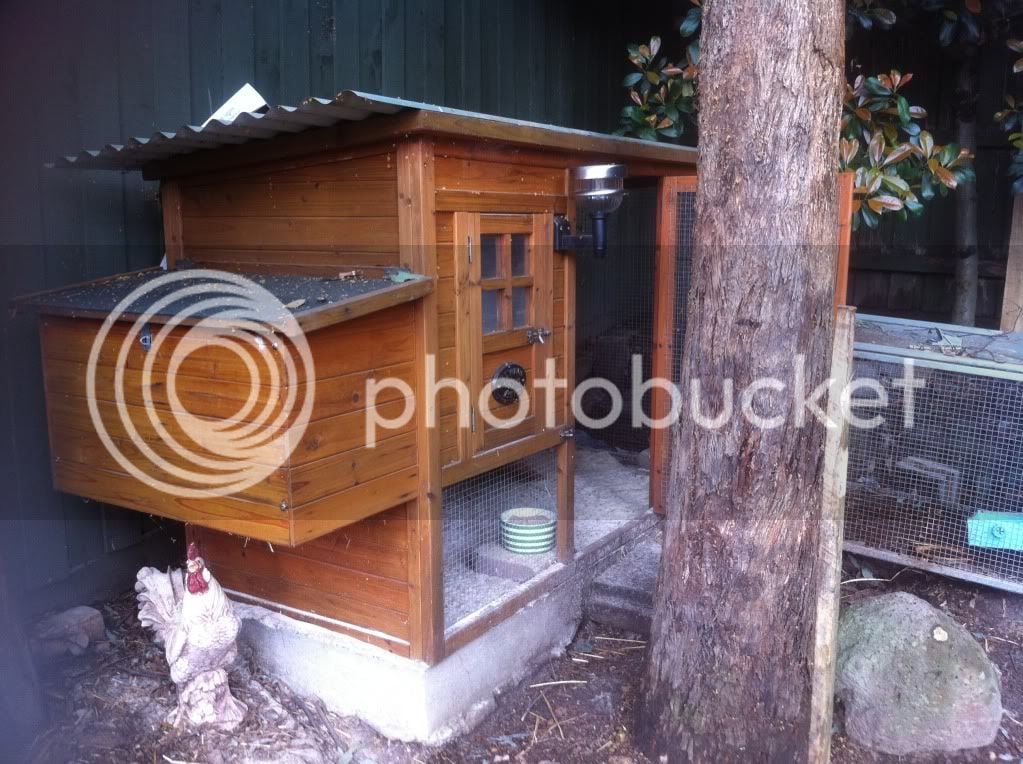 Today I extended the run, as usual when doing something with THEIR stuff, I was closely supervised! 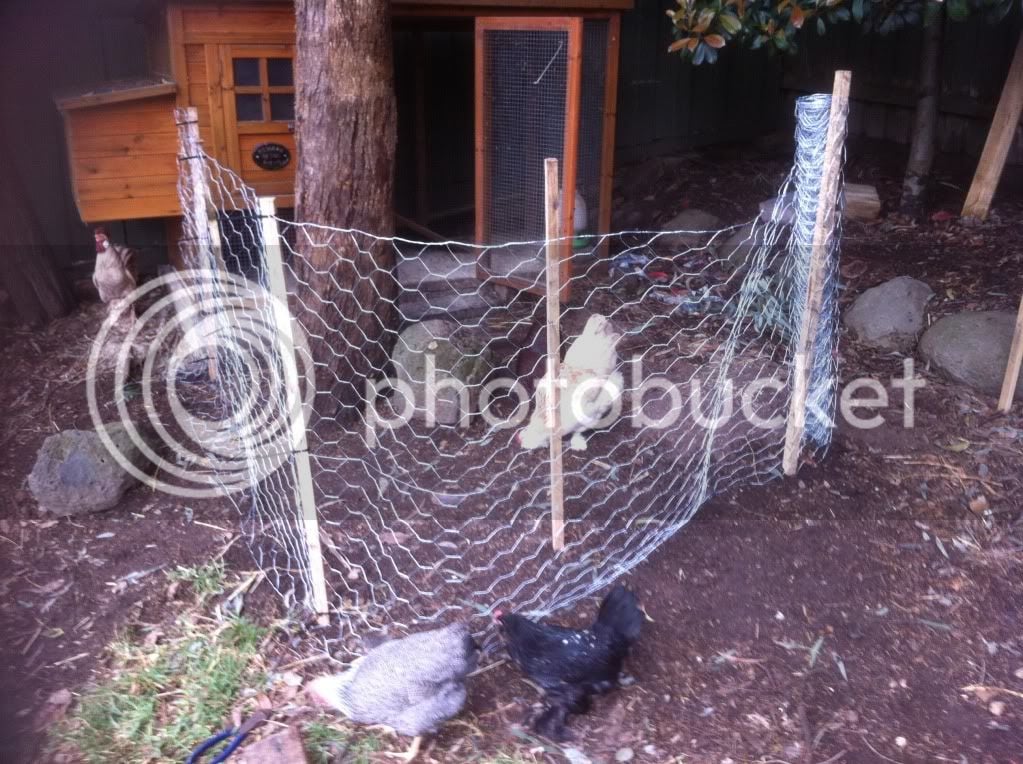 Run wall all finished, I know it's low but I will be covering the whole thing with bird netting once the coop is done too, they now also have "Rocky" the "rooster" as company 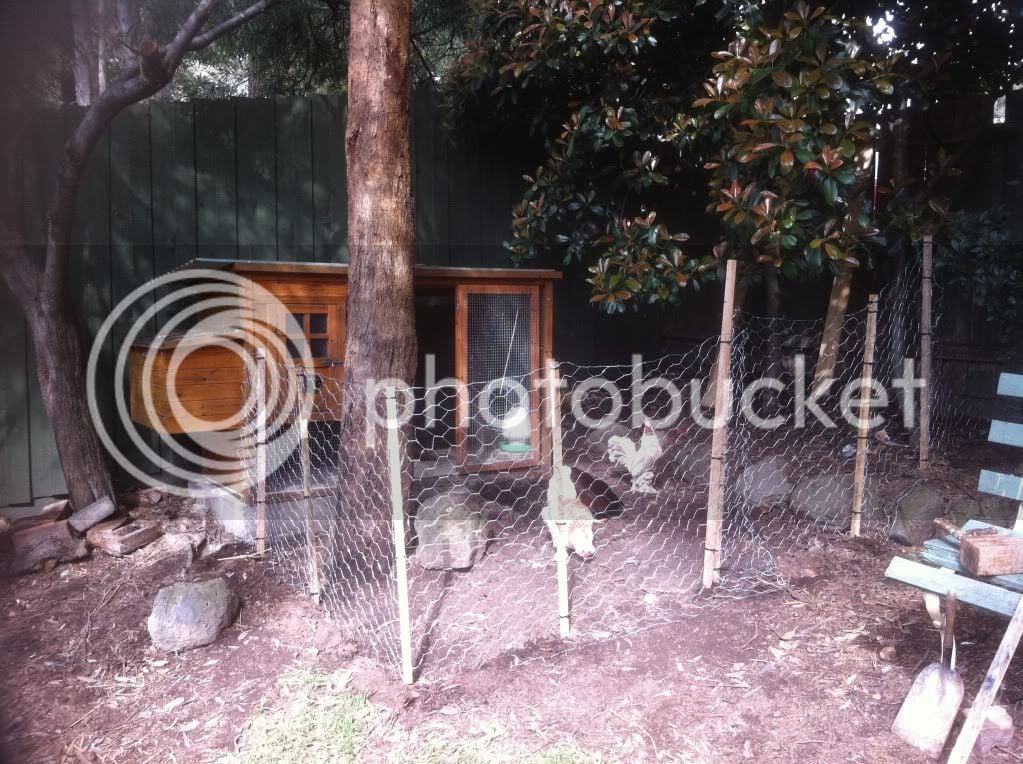 To celebrate their big run they got a corn on the cob, which they ate in hyper speed! 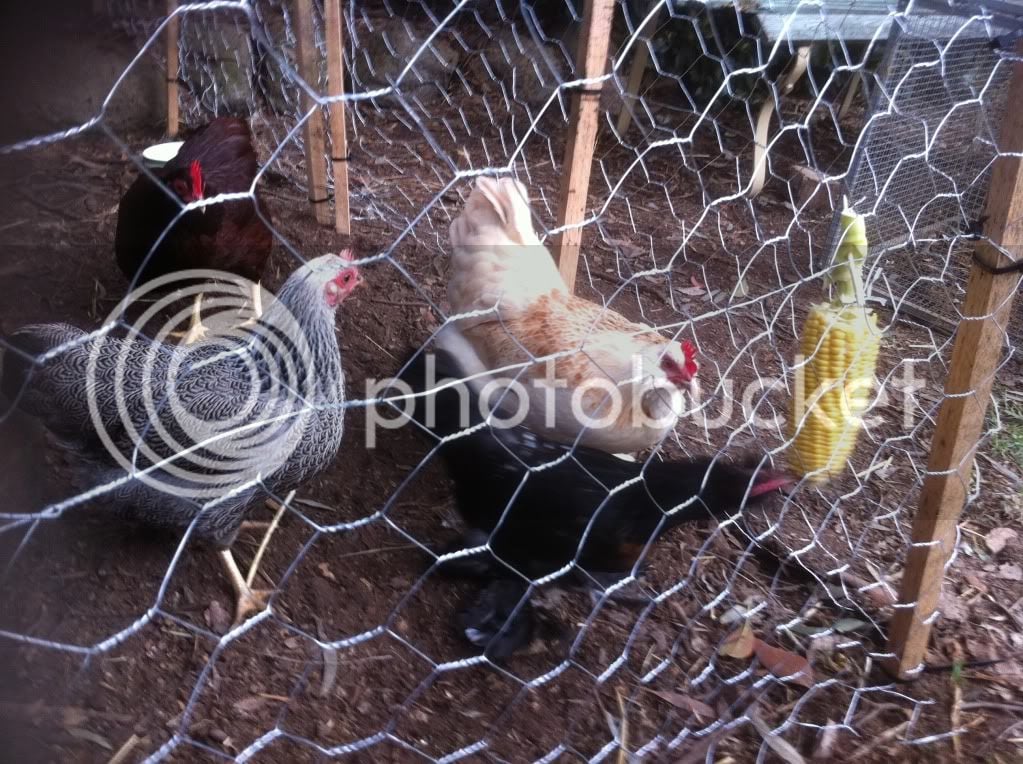 That's Milly and Heather the hens at the back, and Echo and Ebony the pullets at the front! They love it so much already that I think they will poop themselves when I see what I have planned for their coop extension!!

Very nice work .... looks like they have the right ground for lots of scratching ... I didn't see the entrance for you to go in for cleaning? Maybe out of the frame.

at the front one of the stakes is higher than the rest, that one comes open and stay goes back into a hole in the ground and through a couple of loops in the wire to close. The girls will be locked up in the original coop at night because it's safer and more secure in case foxes visit when their golden guard dog isn't around

I have one of those tiny ebay coops, and the run we built is pictured below, before we added further predator/bird proofing. I used an old piece of trellis as a makeshift gate, and put bird netting over the top. We plan on adding three more chooks (making 6 in total) so I'm in the process of building a "proper" coop for them to the right of the one pictured, and will strengthen the run as well. I'm moving out soon so will build a sturdier outer fence at my new place. I'm going to put most of my effort (and limited skill) into turning the original coop/run into a massive sturdier coop.

having a brainstorm, working on some designs for converting the original coop/run into one large coop. I have too many ideas so I may have to post them and get people to vote!

I kinda want them to still have a window because they like looking out their little one. But am worried if it's too big it will create a greenshouse effect!
You must log in or register to reply here.
Share:
Reddit Pinterest Tumblr WhatsApp Email Link