I've seen this question several times (at least once my me!): "My EE chick looks like X. Anyone know what s/he will look like as an adult???"

Of course, no one knows, which is part of the fun. But I thought we might start a thread with pics of our uber cute chicks and the gorgeous adults that they become. I'm going to start, but since my chicks are only a few weeks old, I'll update with new pics as time goes by. And whenever they start laying eggs (COME ON GIRLS!), I'll post a pic of their egg colour as well!

"Leader" - total spaz and no longer the leader. 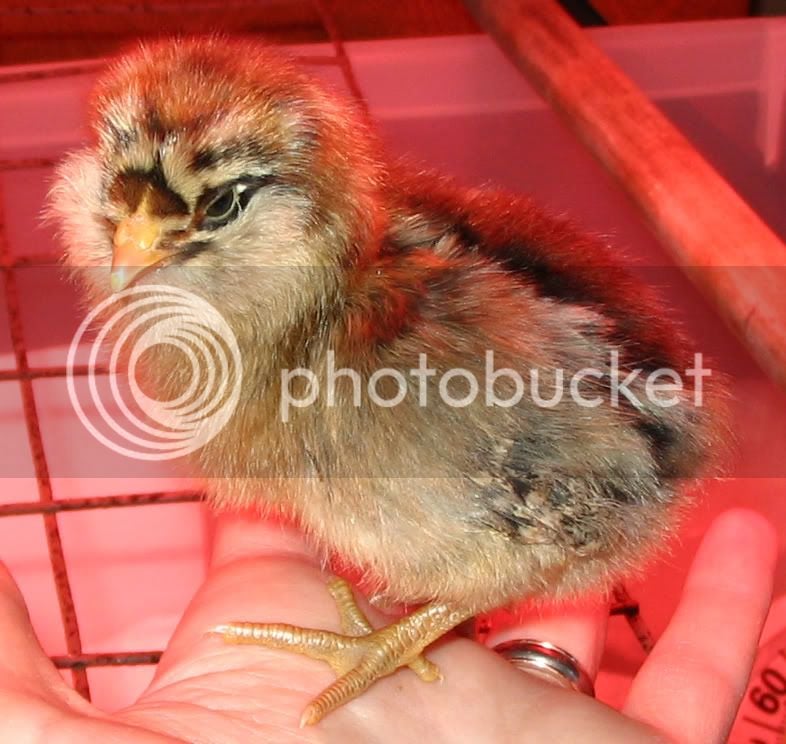 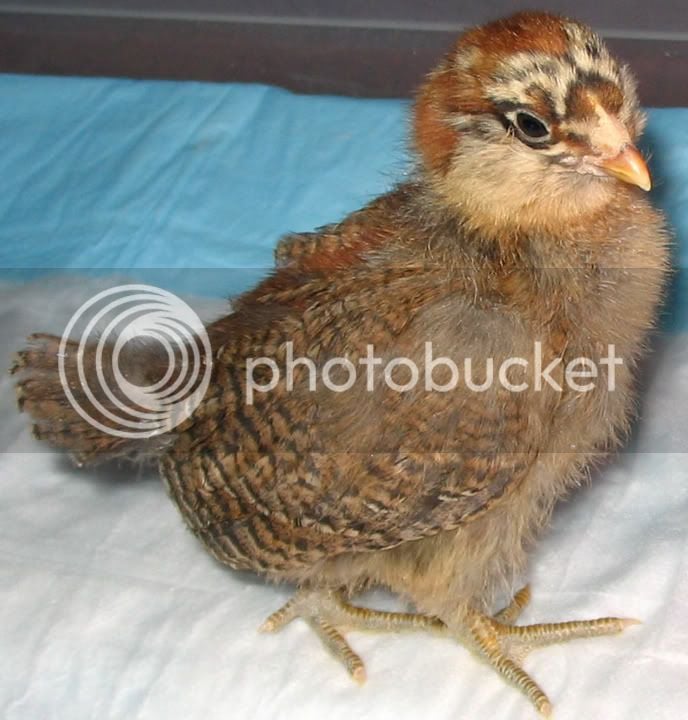 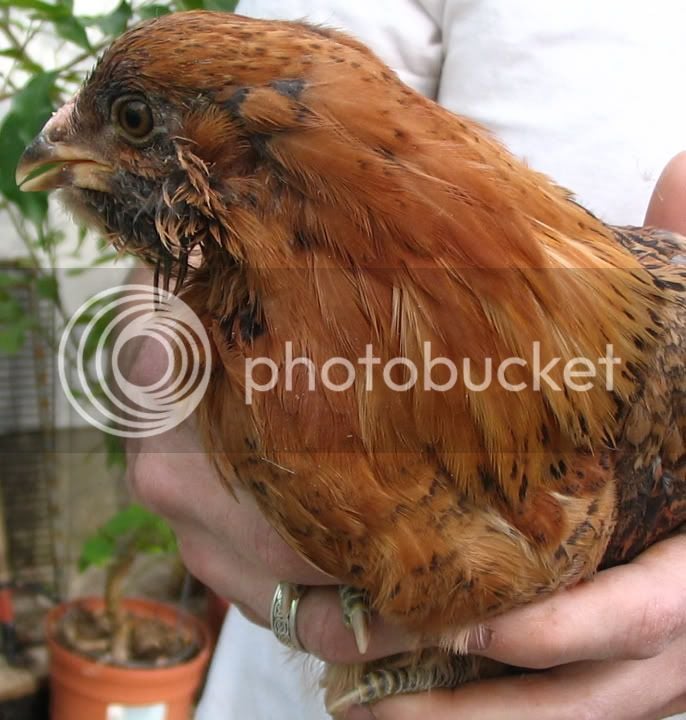 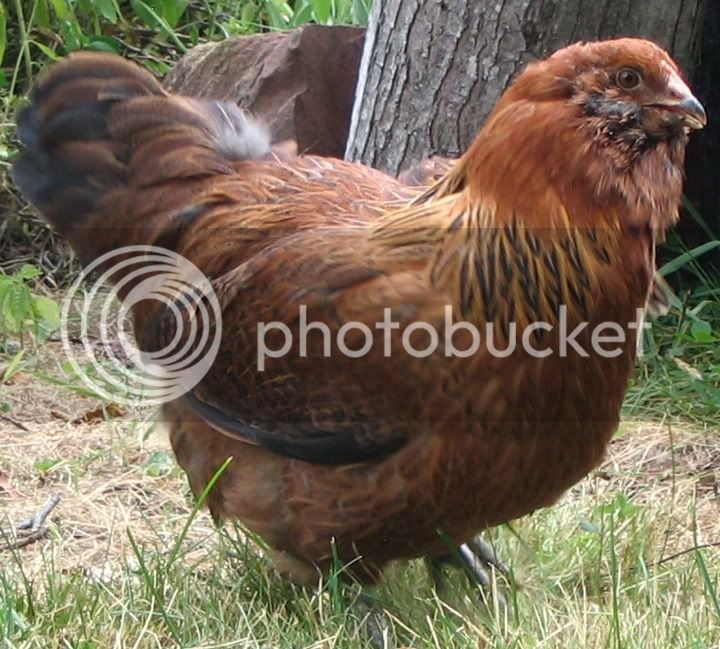 "Nugget" my husband's former fav and VERY late feathering. I have the hardest time telling Leader and Nugget
apart now, though they looked NOTHING alike as chicks...
Also going from coal black to very golden in colouring. Now hard to tell apart from Leader (above). 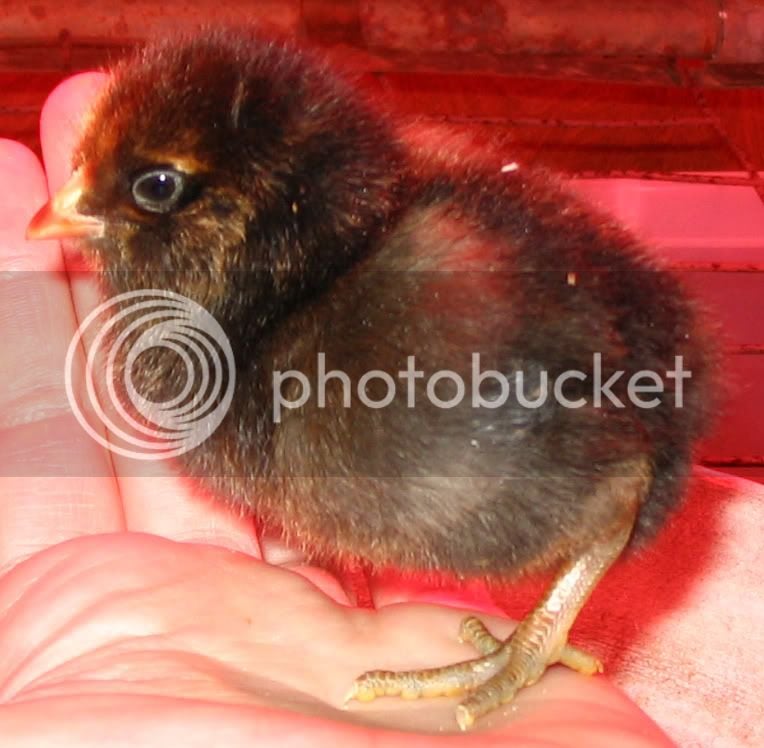 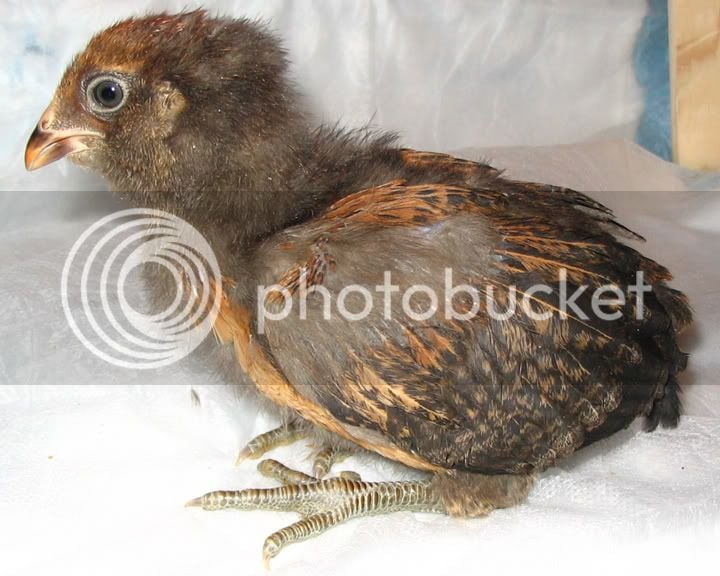 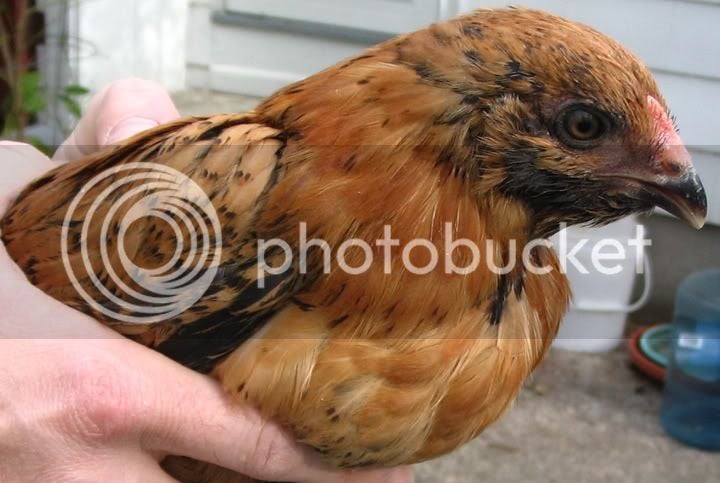 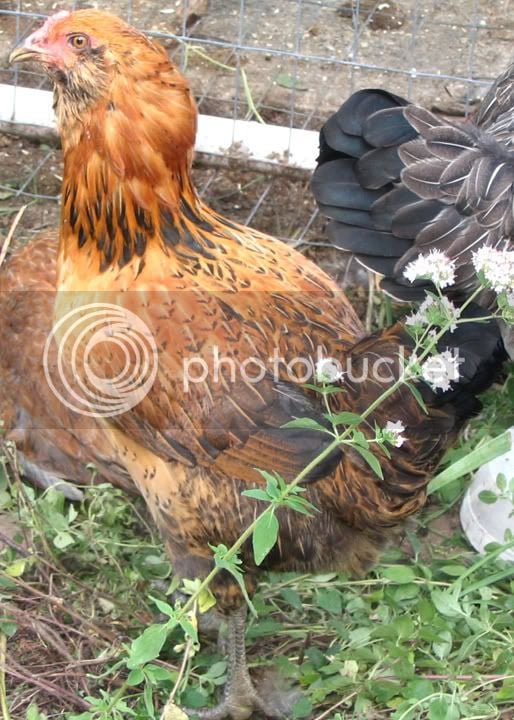 Lightest (renamed Greywing) - check out the bluish wing feathers (it's more striking than in the pics)!!! 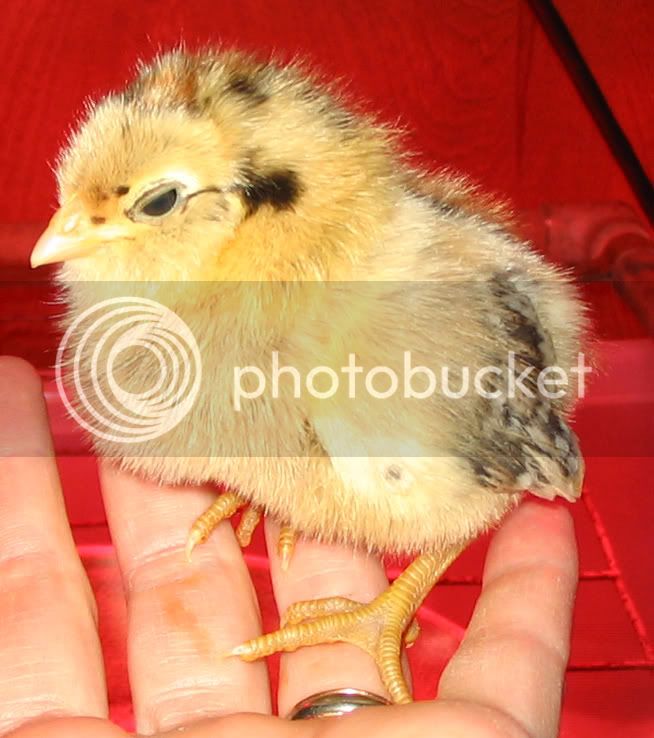 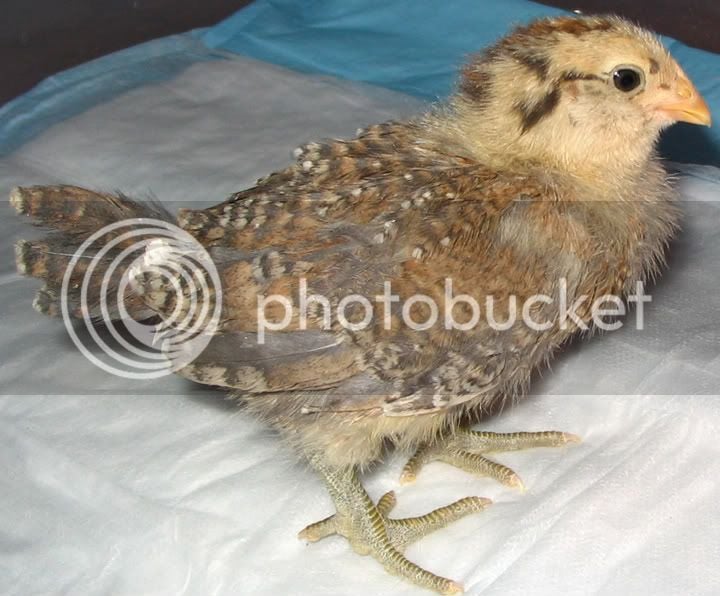 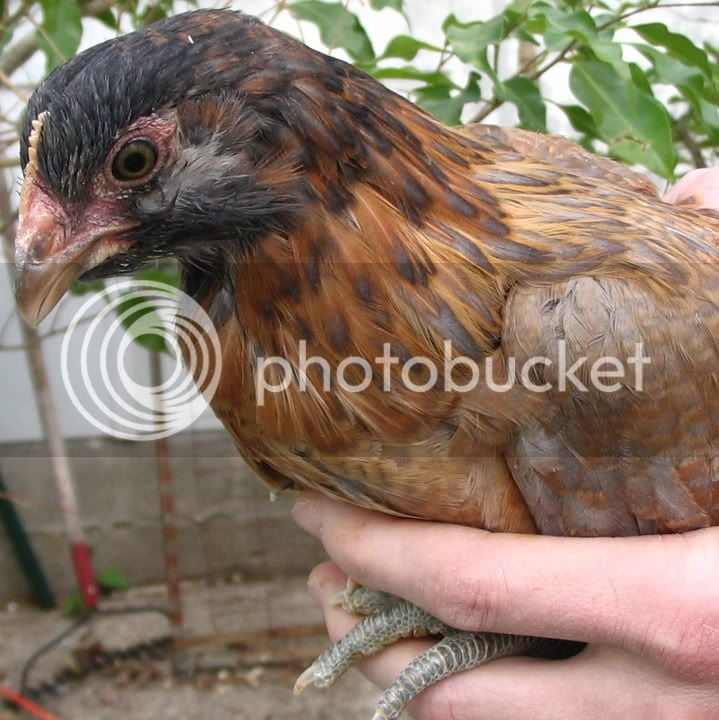 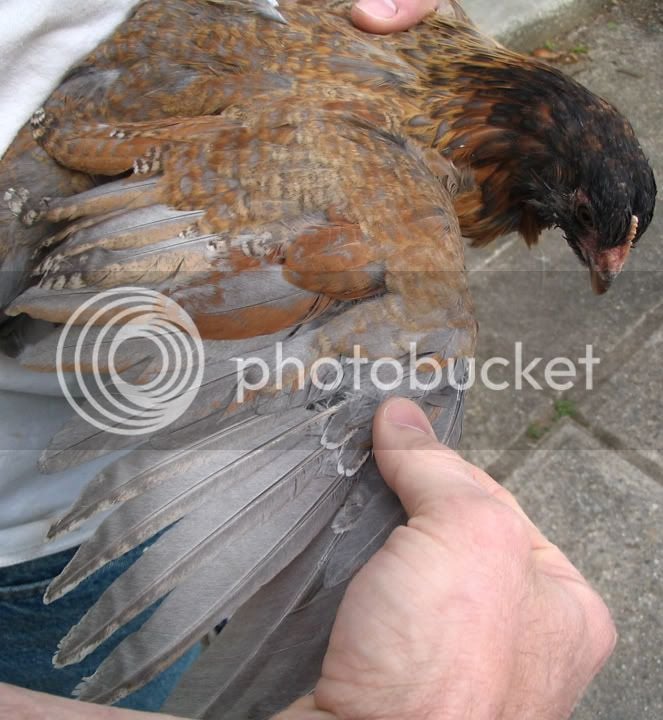 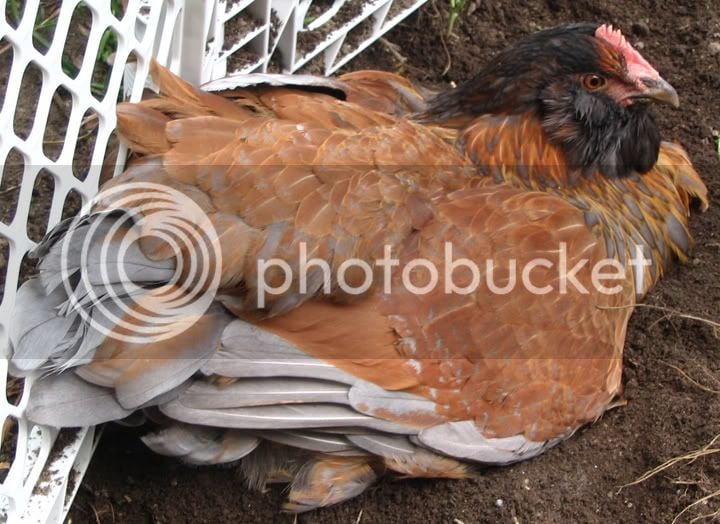 The twins (no names at the time) - I couldn't tell them apart at the beginning. 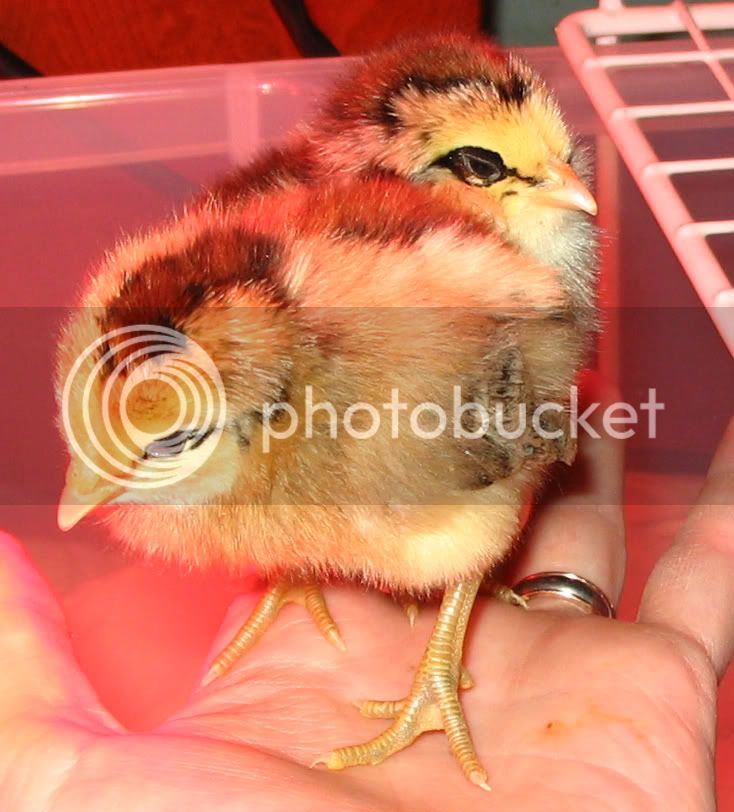 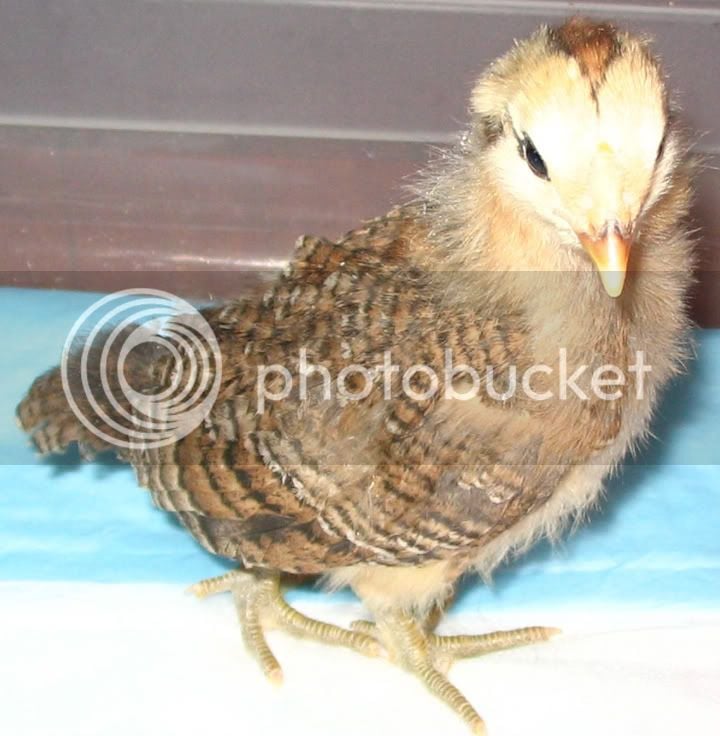 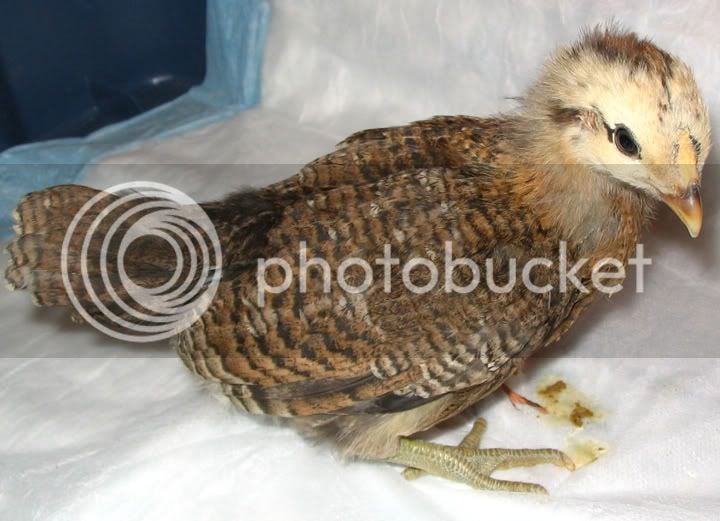 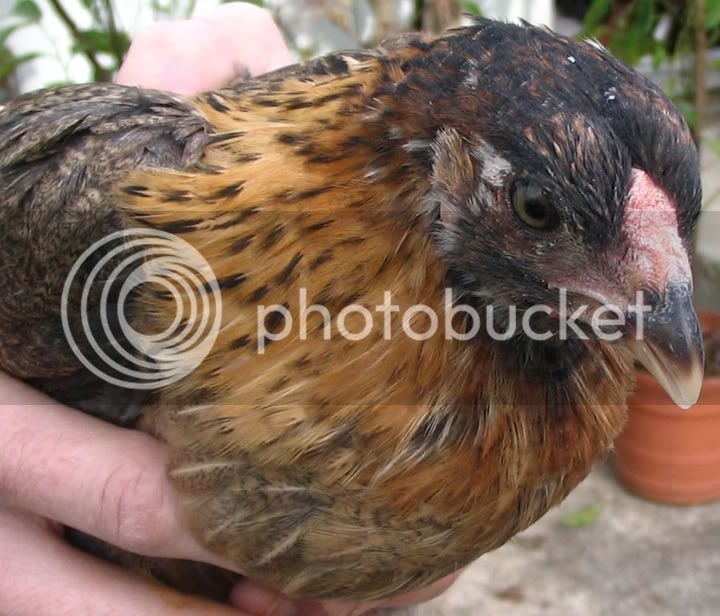 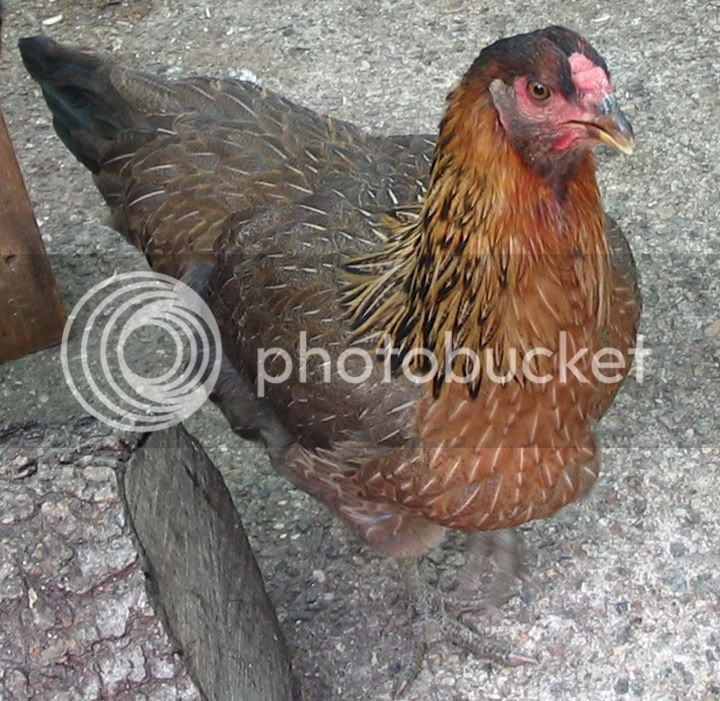 This is PastyButt (s/he was my one chick who pastied up). Has now been renamed Cupcake, as PastyButt was
probably not appropriate. VERY late feathering as well. Now basically black/white with some tan on the chest. 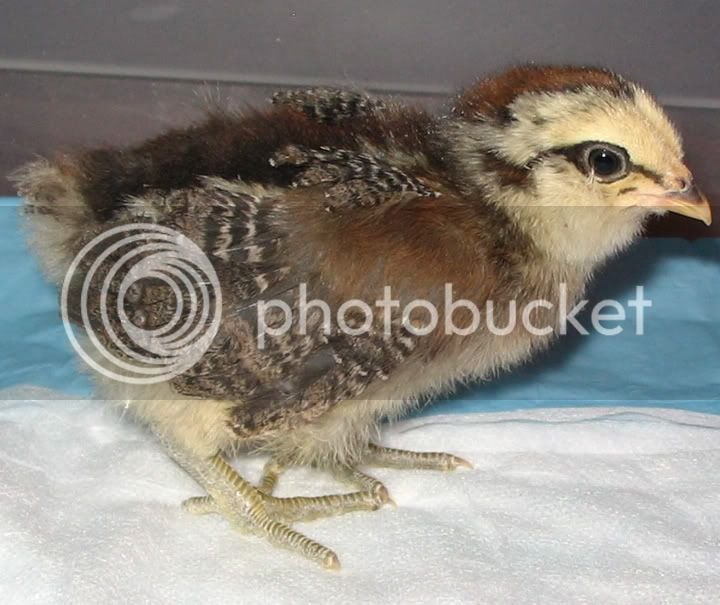 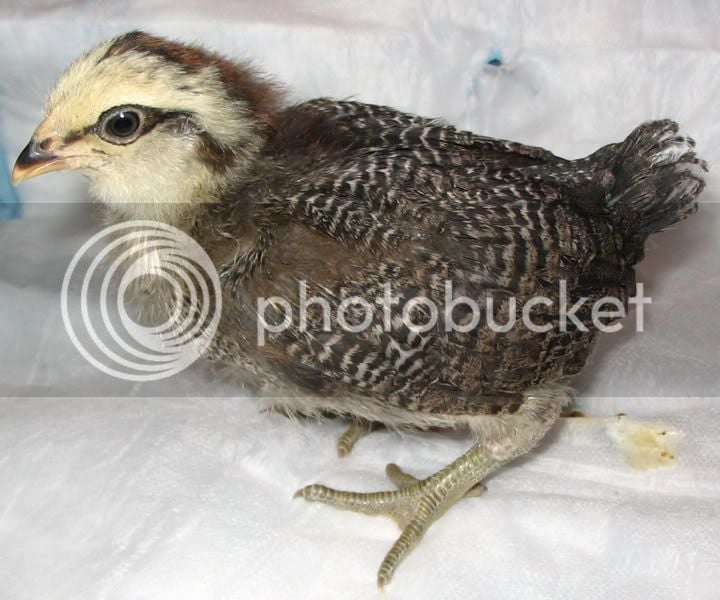 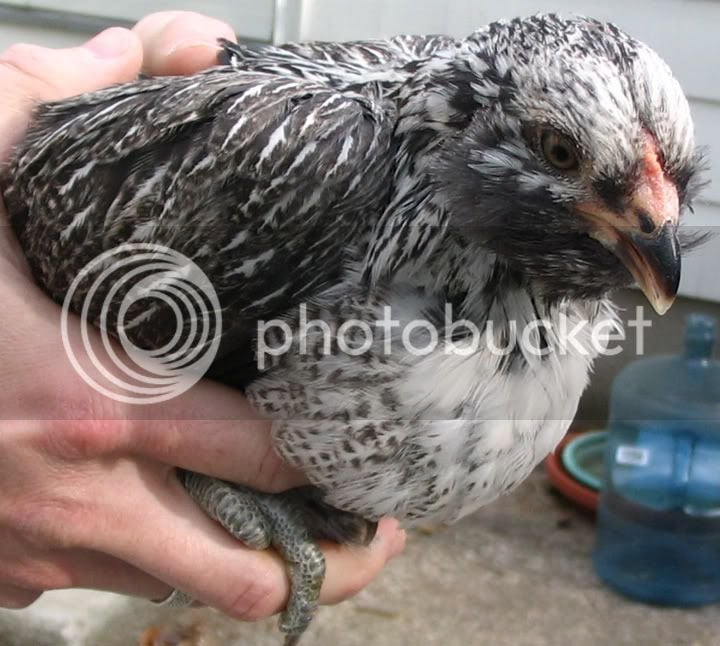 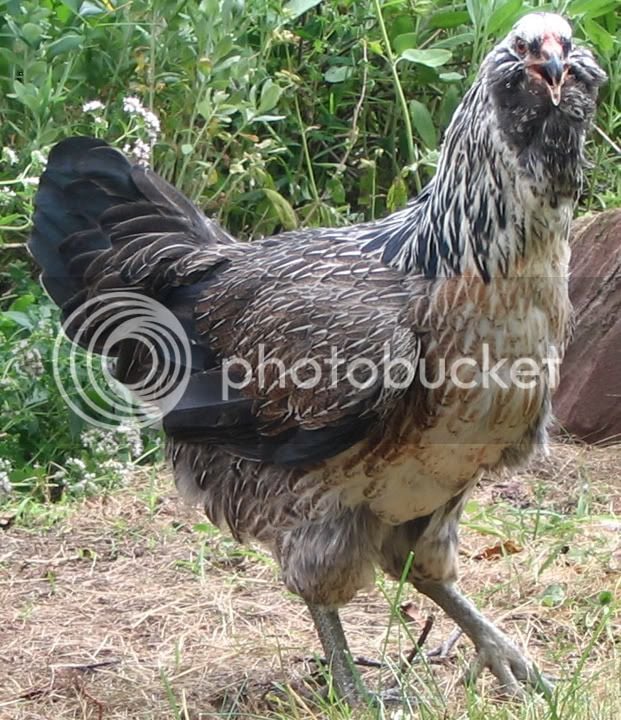 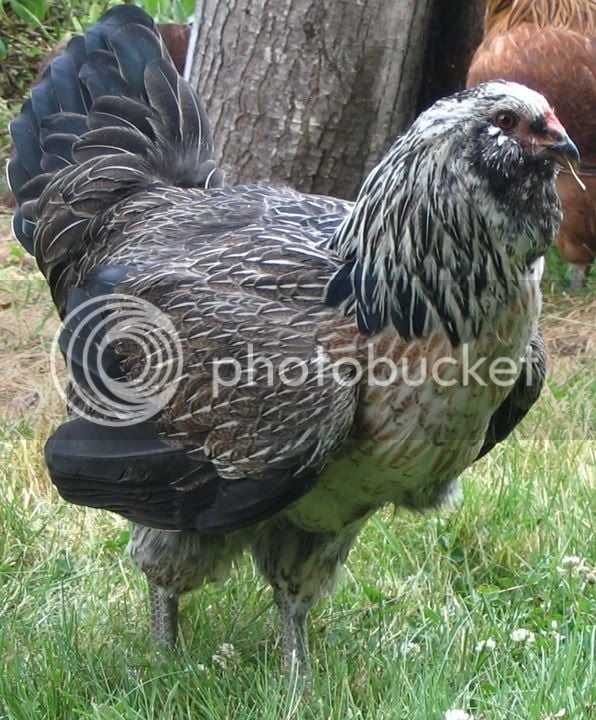 Nugget, and Dot(the one in the back) have the feathering of males. Just lettin you know

Nugget is my husband's pet (his favorite). He'll be crushed if she is a he. Dot (I'm guessing the "wide brown stripe") and Nugget have the smallest tail feathers so far. And if the "later feathering" is an indication of male sex, I wouldn't be surprised. Any other clues?

If people donated their photos I could start a theoretical EE color guide. I've done some studies on EE colors on chicks versus the adult bird, and usually get the guessing right. Of course, it is easier when the tail and wing feathers come out though, as most EE colors are chipmunk at the first couple weeks.

Anyway, a couple of those are a little new to me, but the lightest ones are males. I see a partridge-looking pullet or two.

Here's how mine went along:

This is Cleopatra. He started out an extremely light yellow chipmunk color, but started to get white tips on his first real feathers. As he grew older - It turned into a wheaten color.

This is Tufted. She started out as what what almost look as a golden laced bird, but she grew to have the typical EE color of partridge.

This is Marc Antony - I don't have any pics of his at true chickhood, but he was a light chipmunk as well, then turned white with black pencilling after a month or less. Now, he's a duckwing/white splash color. 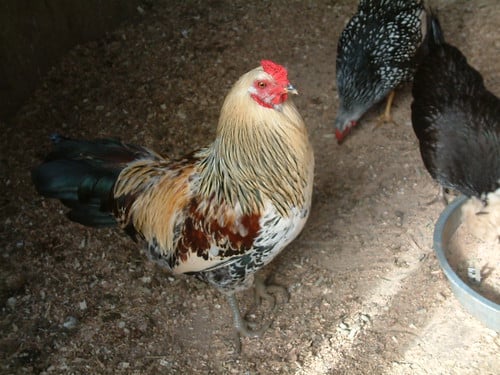 Quote:just curious, what makes you say this?

Im going to take a picture of my EE's tomorrow. They are only a few days old.

Quote:just curious, what makes you say this?

I assume that it is due to the late feathering. Two of my chicks are VERY late feathering (one barely has any tail feathers at all). It will be interesting to see if they turn out to be male.

Can the EEs be sexed ?just curios i was told my 2 were americauna pullets, slate legs but chipmunk stripping.

This is a great thread. . . I hope more people post!

I am subscribing. I got two light colored EE's last week. I already have two dark EE hens. One of the babies has a "blue" head. I haven't named either one yet. The other one is a light colored chipmunk, you can see her head on the right Look at the fluffy cheeks!