Just went to check on our chickens and found this on our bantam rooster. He is 6 months old. Is it an injury or a disease??? 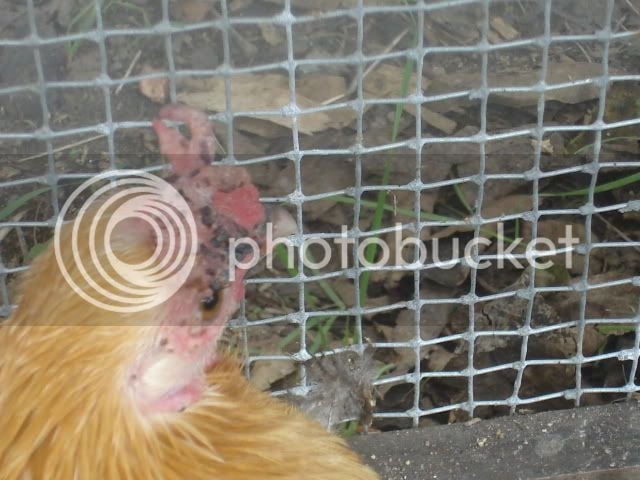 View from the other side.. 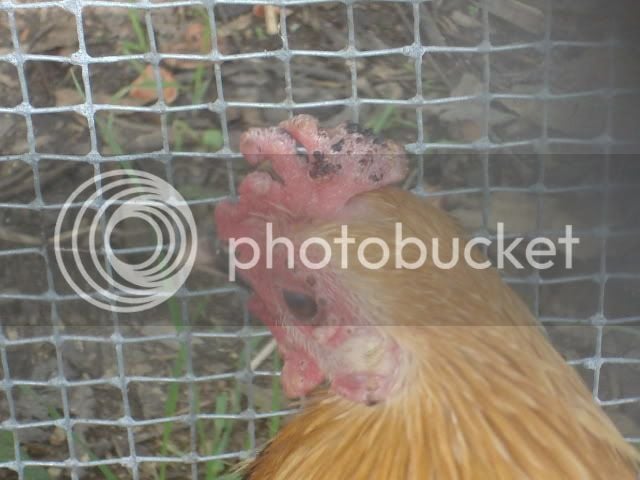 Around the eyes, it appears to be avian pox/fowl pox. If that's what it is, it runs its course in a couple of weeks. You can put mild iodine on the spots to dry them up quicker. Pox is spread by mosquitoes.
In your first pic, I thought he was just beat up, but around the eyes, it looks like pox, especially in the second pic. Pox has raised, wart-like lesions. Pine Grove, where are you? William, is it pox or what?
Did this just happen overnight? That would make me think it's an injury. Do you have other roosters who would have done this to him?

It looks like fowl pox to me too, Cyn though I'm no expert either. The lesions wouldn't be around his eyebrow like that if he was being pecked.

I have been sick and hubby has been taking care of them the last couple days. I was out there last wednesday and didnt notice anything. There is a birchen modern game rooster in there but he is scared to death of all of them so I dont think he did anything. There is a hen in there thats mean as a snake and I see her go after him a lot. I saw the spots around the eyes and figured I better post it too. That pic kinda made me think it wasnt an injury. I just dont know.. None of the other 6 in that pen have anything like that on them.

OH and do I need to quarantine him ? or is it too late already if it is fowl pox

Quarantine probably wont do much good at this point, although you could try if the others aren't showing signs of it. Pox will run through the flock in a couple of weeks. I dont think there's much you can do except let it run its course.

ok.. one more question.. lol The bantams have a coop and run of their own. The other big chickens have another coop and run several feet away from them. Will it run thru every chicken I have or maybe stay within the bantam coop?

I really dont know. I'm thinking it will run through both if it is pox. Maybe someone else who knows more about it could tell you.

I'm going through the same thing right now. Since the two hurricanes we've had in the past month, the mosquitos are horrible. And many of my chickens have it. I just hate knowing I can't do much about it. I just try to put neosporin on it, and hope it runs it's course quickly. But will the Neosporin keep it from drying out? Should we put anything on it at all, or just let it dry out?

Sellersgang, hate to tell you, but that's how mine started also. I noticed it on one roo, then it spread like crazy. Driving me nuts!!! Hope it's over soon. They just look so miserable. Good luck...