Emergency! Chick may be dying how do I tell?

I have a mama chicken who would laid 13 eggs and within the last couple days all of them have hatched. The pen we kept her in my Dad was supposed to make safe for the chicks by covering a hole that separates the top level from the bottom and take out the ladder however he did not do that before the chicks hatched and we have one that may have fallen. Chick may have been on bottom level all night and is now cold, we are heating it with heat lamp but trying to figure out if how to tell if it's okay. It seems to be having problems holding its head up and gasping for air. This chick is only 1 or 2 days old! Please let me know if you have any clues as to what I made do. 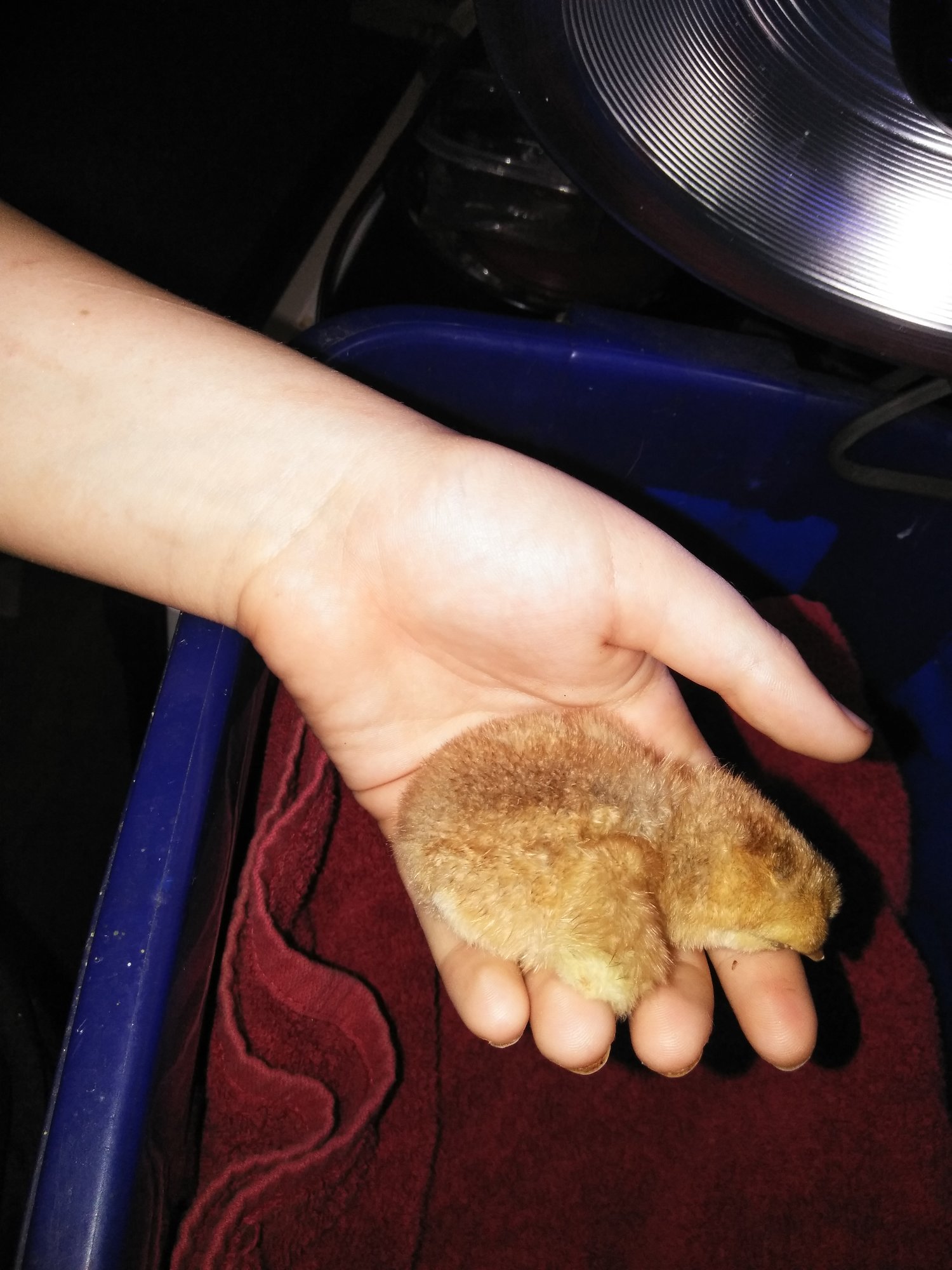 IME it will probably be okay once it's warmed up. Keep us posted.

Is it able to eat or drink at all?

I've brought chilled chicks back to life with a hair dryer. Once you warm up its internal body temperature, get some water into it and perhaps some molasses, agave nectar, sugar, or other energy source into it. Just not too much.
Nutri-Drench is a great way to help failing chicks recover.
C

sannabelle said:
Is it able to eat or drink at all?
Click to expand...

I will find out now. He is trying to walk and falling over.
C

Able to drink. Not eating yet. Chirping now

Do exactly what @ChickenCanoe stated above

great advice. Chick electrolytes can bring babies back from all sorts of things. Keep the little one warm and maybe stick a feather duster or stuffed animal in with it so it has a “companion” to snuggle.

Turn on a heating pad, lay a towel over it, put the chick on it, then fold the ends of the towel over him. It worked for a chick I had that got stuck unseen for several hours in 38 degree temps! I stuck her in the incubator with the eggs at first, and she started reviving a little bit but not fast enough. Put her on a heating pad and she was back out with the rest of the chicks two hours later! Good luck - keep us posted!

As soon as it's walking steady and seems okay, get it back with Mama ASAP.

S
Can a baby chick recover from aspergillosis?

O
Pullet with many issues, now with balloon crop + gasping for air?

Chick was looking lethargic and had a seizure and died. White liquidy poop. :(