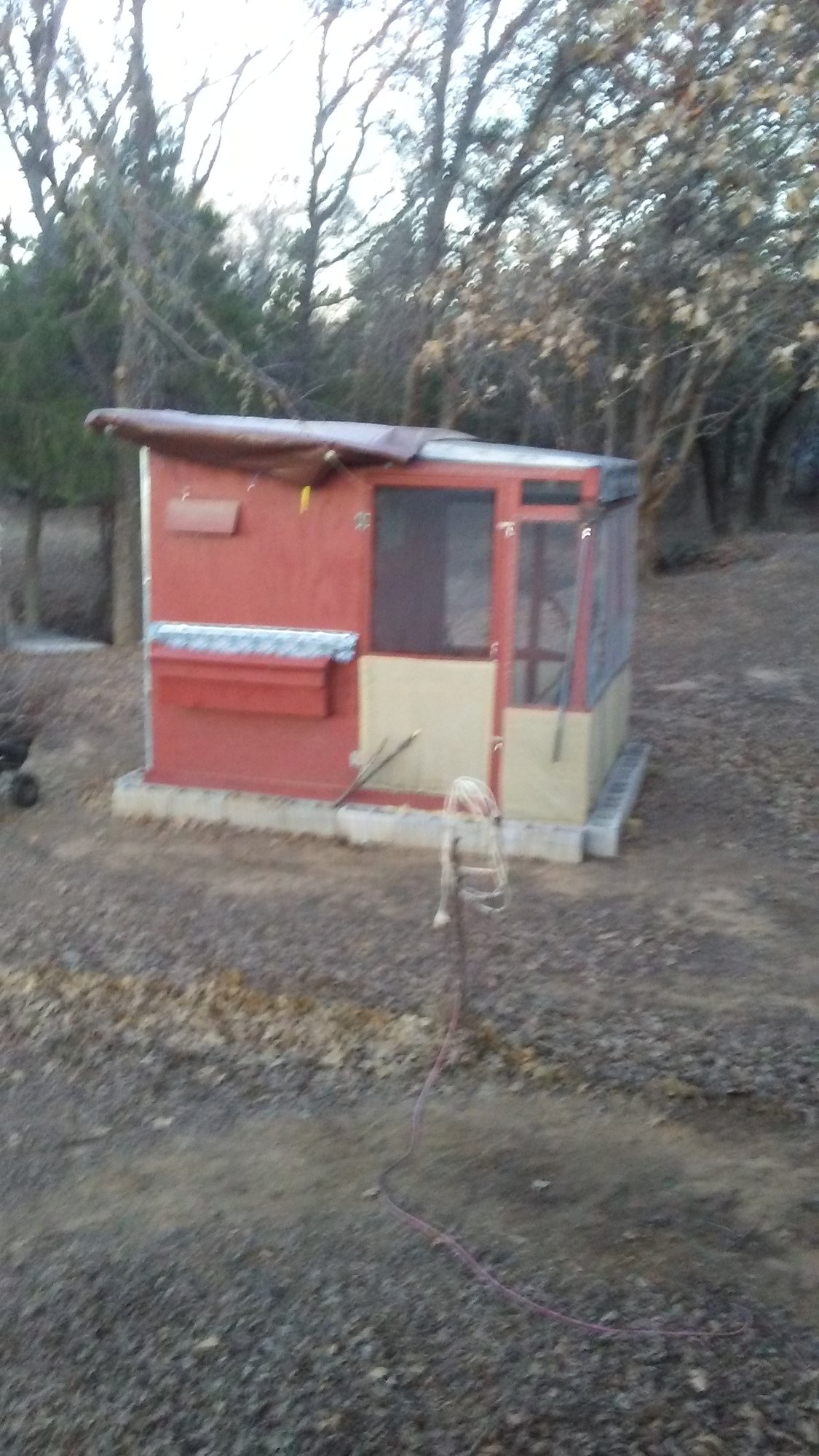 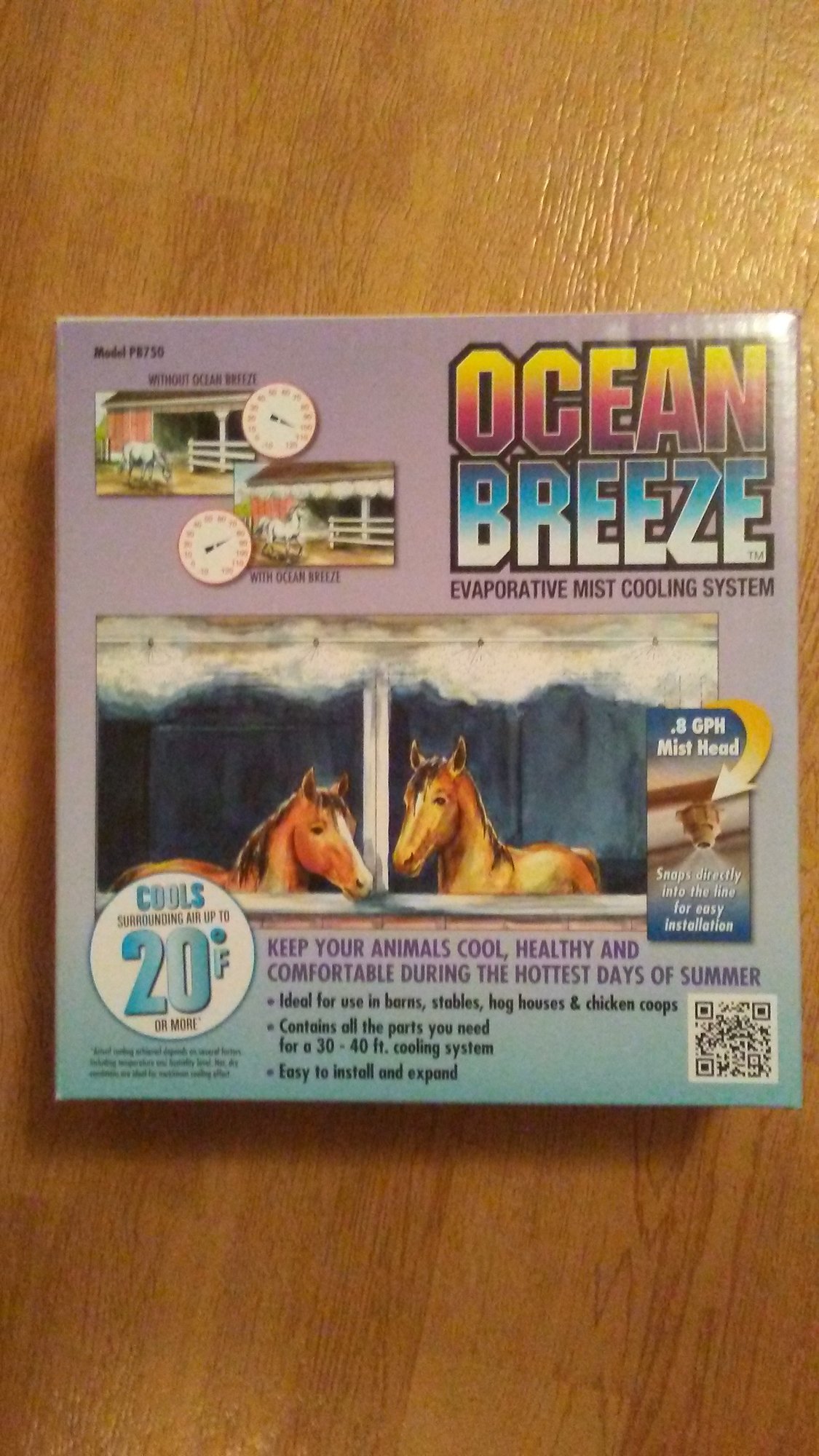 I'm in North Texas. Summers here get HOT! Last year I did everything from A to Z to cool my girls. Will this help? I was thinking about placing it around the RUN area. Will it harm the painted wood? Or place too much respiratory moisture in the air for the girls? I want to be prepared for this summer. HELP PLEASE!

Deb T said:
Will this help?
Click to expand...

It can if you're in a dry area.....a humid climate they don't do too much.
You'd want to place them so they don't soak any wood continuously.

I used the little ones that just attached to the hose. They were wonderful! Of course, we live in a semi-desert, so our humidity is low. But these kinda free stood, and we could move them, unhook them to use the hose for something else, and aim them. One of my chickens, Ida, would just stand there in the mist until she looked like a drowned rat. At first we aimed them into the run, but that didn't prove to be the smartest idea! So we just gave them half a turn so there was enough mist to cool but not enough to soak, and used them every summer after that! I confess, a few times we took one of them (we had two) and put it up on the deck for us!! These were taken the first day we set it up just to test it....we moved it after that so that it didn't point directly into the run and everyone (except Ida) was much happier. 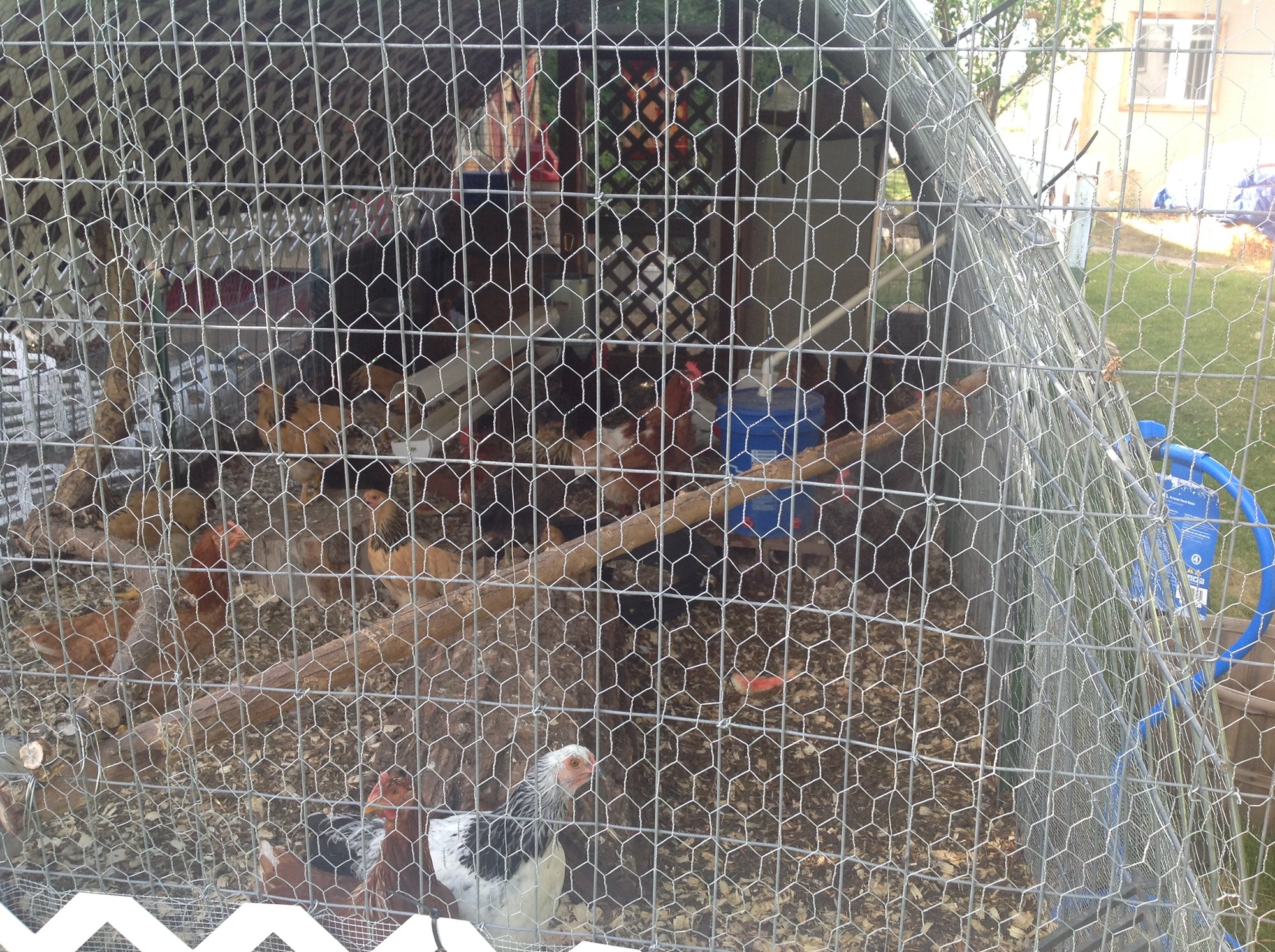 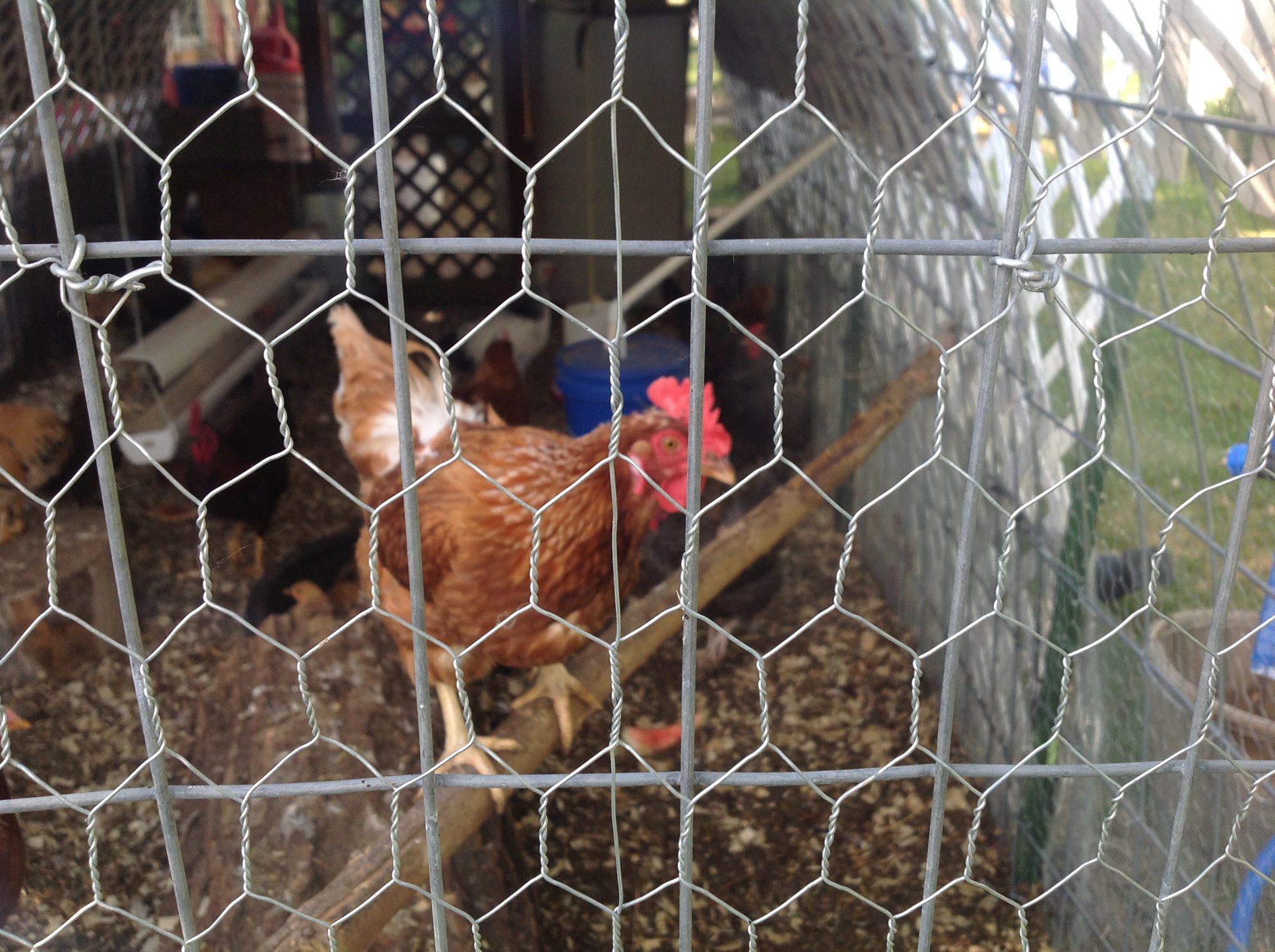 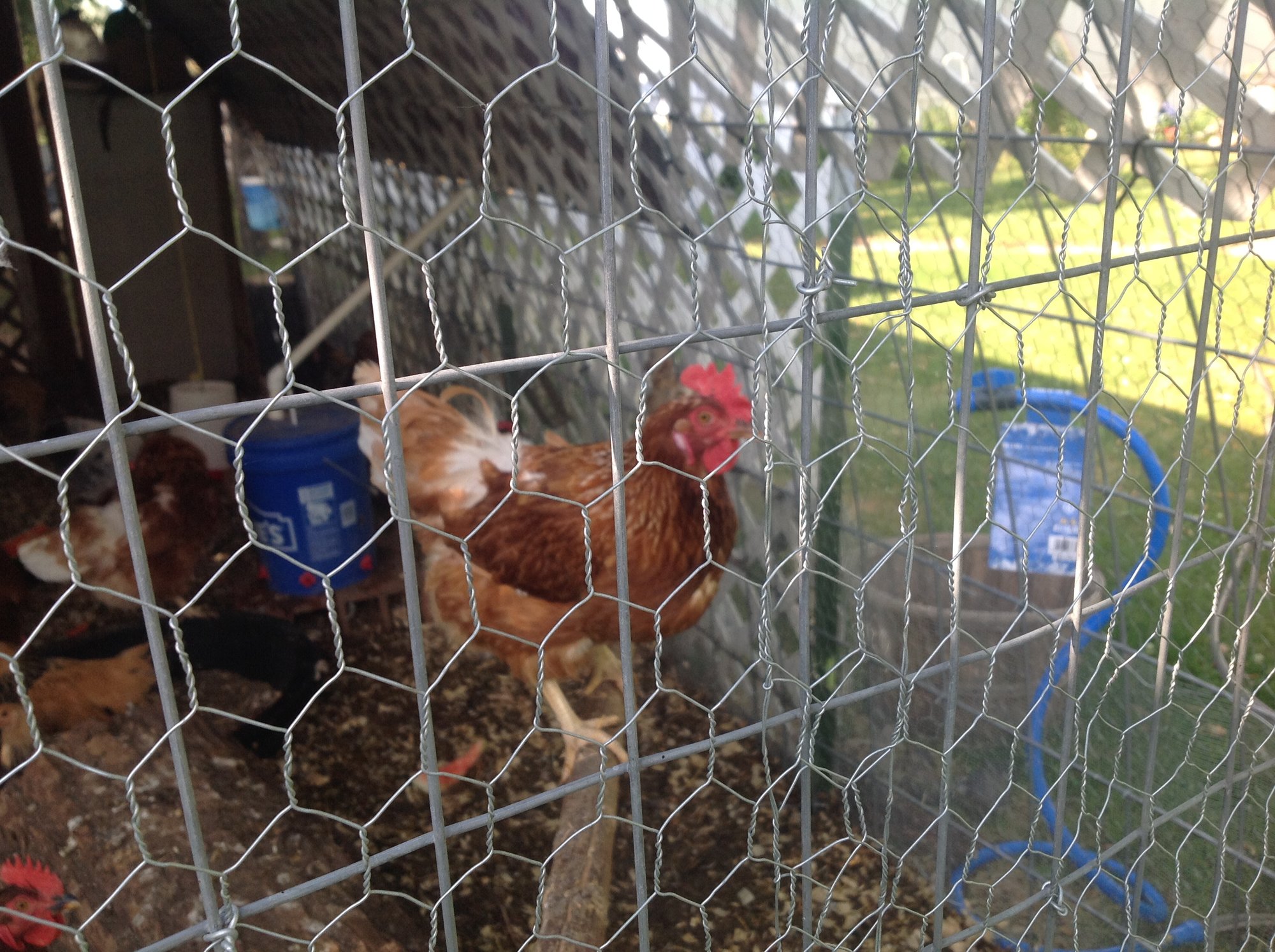 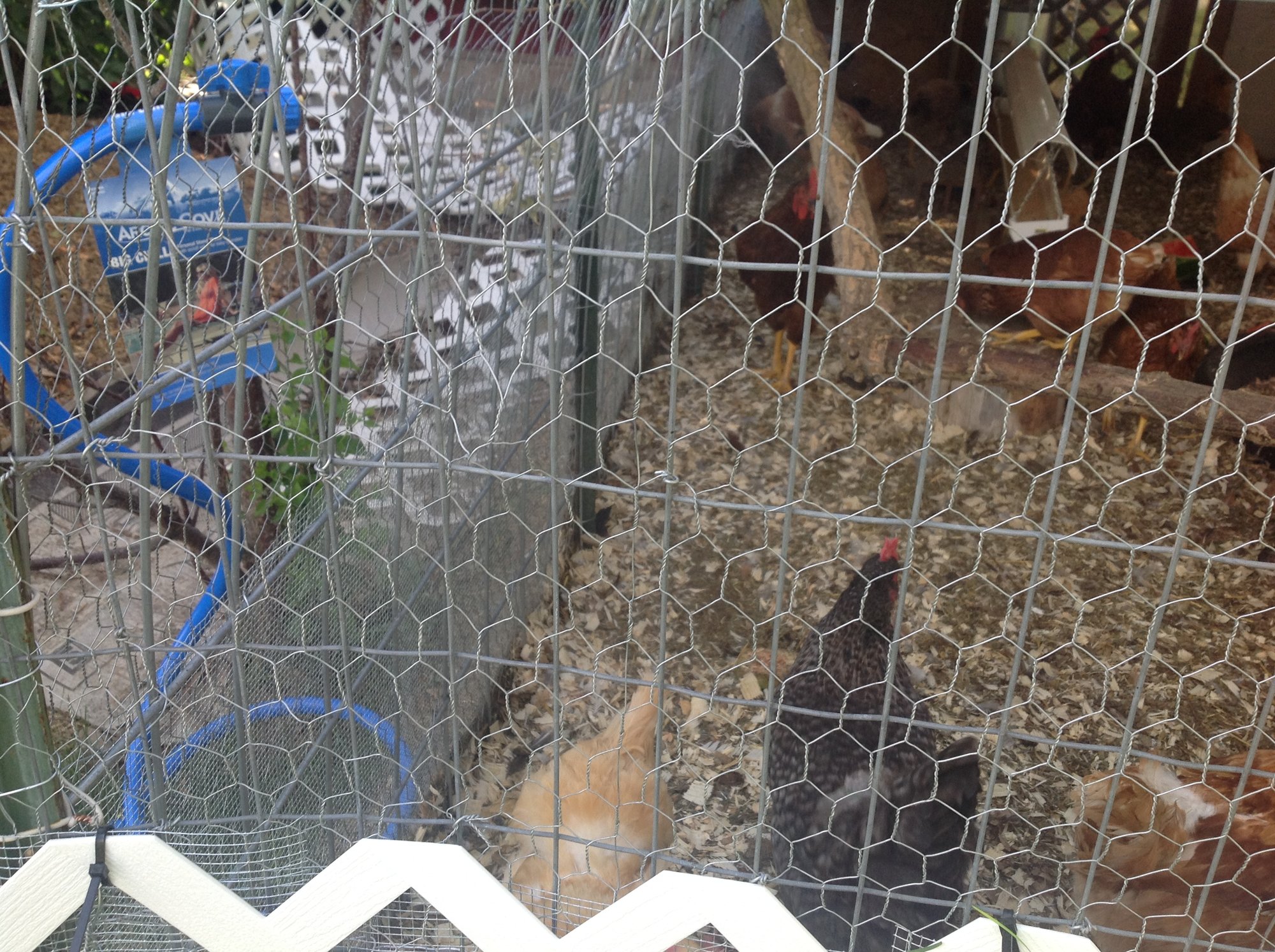 That bird is likin' it!!

She loved it! stuck her face in it and just sat there! She even pushed Agatha off the roost when Aggie came to check it out. "MINE!!" Silly Ida!

My tiny house in Powell Missouri

they have used misters in commercial chicken houses to help keep them cool for years. it definitely wouldnt hurt.

I have used them in tunnel houses here in missouri where it gets very warm and has extremely high humidity and they worked very well. We set them up every 20 or so feet alternating what side of the chicken houses they were on.
Last edited: Mar 7, 2018

Mistings systems work great in low humidity, high heat environments. They are most effective, if you set up a cool zone in the run for the chickens. Place the misting system there, along with shade (trees, camo netting and/or woven tarps), and box fans. The box fans will keep things from becoming soggy, and create an evaporative cooling effect. My big Buff Orpinton's just love to stand in front of a fan as the breeze flows through their feathers. Also, if you place a container of water in front of the box fan, the wind chill effect will make that water nice and cold for a refreshing drink!

This is what I have done for my flock, as the Summers have been so extreme the last 5 years. I guess there is something to that global warming...

The chickens can chose to go over to the cool zone when ever they want. I also have a small window fan set up in one of the coop's windows, because some nights are almost as hot as the day! The chickens get a nice gentle breeze from that little fan at night.

Like Blooie suggested, you'll have to make some adjustments, but it will be worth it.

This set up has really reduced the heat stress for my chickens, mine too!

These are my thoughts, on cool set ups, for hot, hot, Summers.

Our summer temperatures get up to 115 degrees. We did put misters (a long string of them) up in the run. It make a great difference. The girls loved it. They could get under it or away from it as they wanted. Good idea! It's worked for most of us!

Thank you. All the suggestions have helped me alot. I will set it up so that part of it has the misting cooling system and part of it is a dry area. And turn it on during the hottest part of the day and off before the sun goes down. Maybe that will control the excess moisture it may cause but also help keep them cool. Thank you all

Is My Coop Adequate For A SEK Winter?