I'm starting a new thread as I think this particular gander's problem is unrelated to my other geese.

I've noticed for some time that my buff exhibition giant dewlap gander (about one year old) was developing and orange, bill colored "growth" along the underside of his bill. It would come and go. Some days it's there other's it's not. I just figured it was part of his growing process and might be due to the extremely large dewlaps? He seemed healthy otherwise.

Recently he's been getting picked on and looking kind of rough. I caught him today and discovered that he has a large orange flabby "stork pouch" along the underside of his bill. I opened his bill and his tongue was down in a hole in his lower jaw, creating this large stork pouch! I pulled his tongue out, but the pouch is still there, it is also warm to the touch.
Has anyone experienced anything like this before? I know someone who had a swan with this problem, and he died. 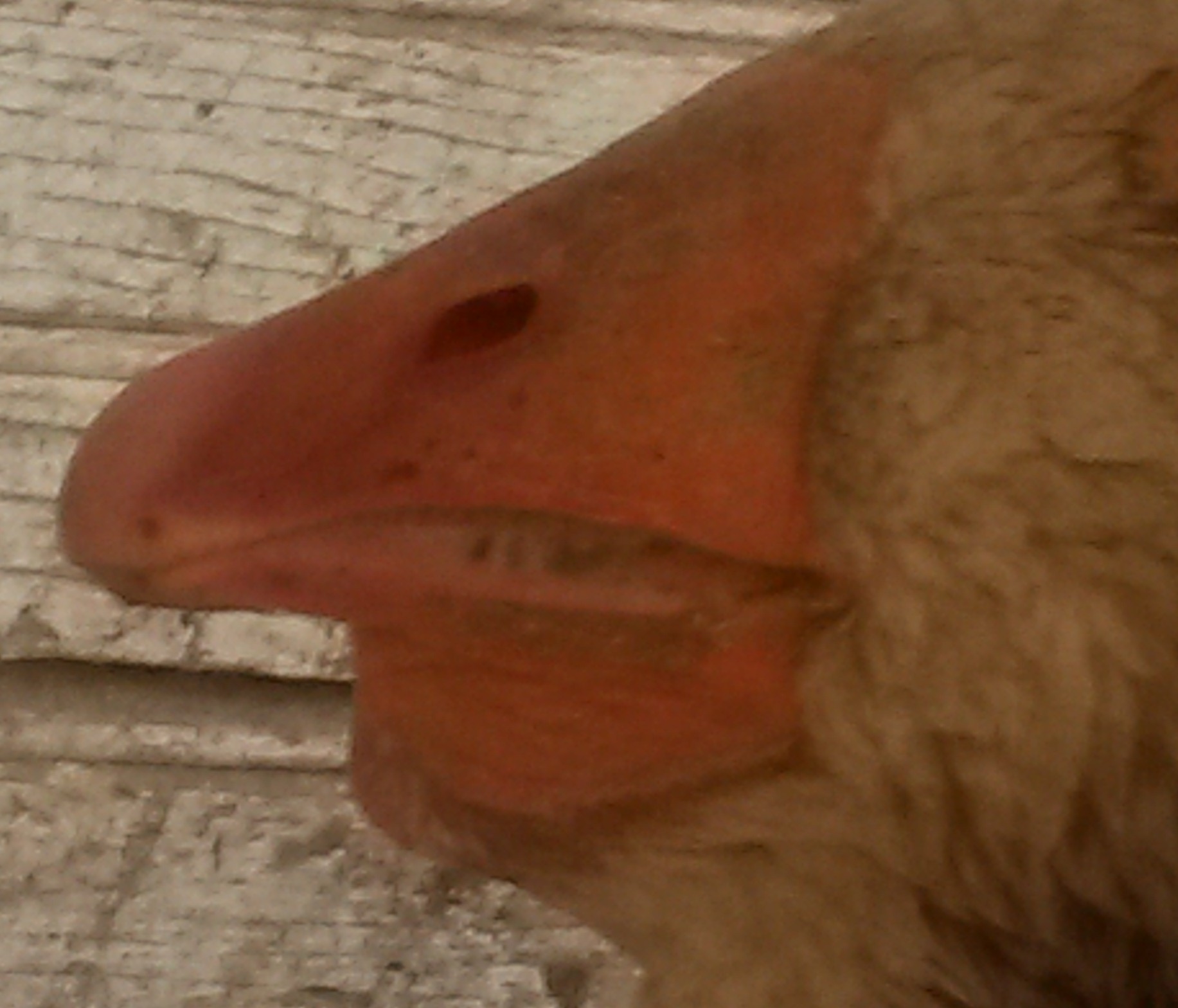 I only remember a gander who had something similar but he actually had a stick stuck under his tongue. I hope someone has seen this and hope it isn’t life threatening.

I will try to get better pics when I have an extra set of hands to help me. He is eating now that I freed his tongue, but a lot of food is getting caught in that pouch. I just went out and pushed the feed out of it and lifted his tongue to see underneath. Basically he has the "string" that connects the base of his tongue to the bottom bill, but no skin surrounding it, just a hole that is this pouch in the picture.
I emailed the breeder, they've never seen this before and they're researching right now and will get back to me.

I believe @sevpolice has a gander or goose with this. I had forgotten about it till just now. @Iain Utah also has Dewlap Toulouse geese.

He's penned up and eating now. He is able to eat, but it appears to be difficult for him. He drinks funny too.
I hope he can survive this. I do have a vet locally that will do surgery if it's an option.

I think the poor guy is going to be okay now. I may have to continuously monitor his bill and tongue, but since I freed his tongue, the pouch under his bill is shrinking.
He can hiss again and he's eating normally. I think it must have taken a day or so for him to regain full function of his tongue.
Last edited: Sep 10, 2019

That’s great news. Thanks for updating.

Gray American Goose? A "new" breed in the SOP?
2