Hi everyone! I was wondering what all y'all's favorite chicken breeds are--whether based on looks, temperament or practicality, which birds do you love most? Even though I've heard they can be hard to take care of and aren't great egg layers, I'll have to say mine is the Sebright. They're just so pretty! Please post pictures, and why the breed is your favorite one. I just thought it would be fun to see what other people had to say!

I don't own any because I was too late on ordering from my local store, but I love Speckled Sussex. My barn mate has had a bunch throughout the years and they're just big, bold girls who don't take anyone's crap. They're sweet to people and curious, but brave enough to do their own thing, and quick to shut down a rooster who is being obnoxious. Plus their plumage is so unique and gorgeous!

Hammy Cute as a Button

My favorite is my White Leghorn rooster. I never have to worry about turning my back to him. He has never acted like he’s going to attack I think there is no aggressive bone in his body.

And to top it off he’s great with the girls. He feeds them and treats them amazingly. Only downside is he’s small which means he’s not a good meat bird, but his offspring lay lots of eggs

He is at the bottom of the totem pole with the other roosters but they’re all separated so he doesn’t have to worry about it.

Right now he free ranges with male guineas because I need to give him a new flock since I’m after fertilized eggs from dual purpose breeds. He is even awesome with chicks!! I love him.

Oh last downside: his crow sounds like a teenager stuck in the puberty phase

and he’s over a year now, so that’s his forever crow.

Here’s a pic of him this past winter, it was cold so mind his comb, it’s better now. 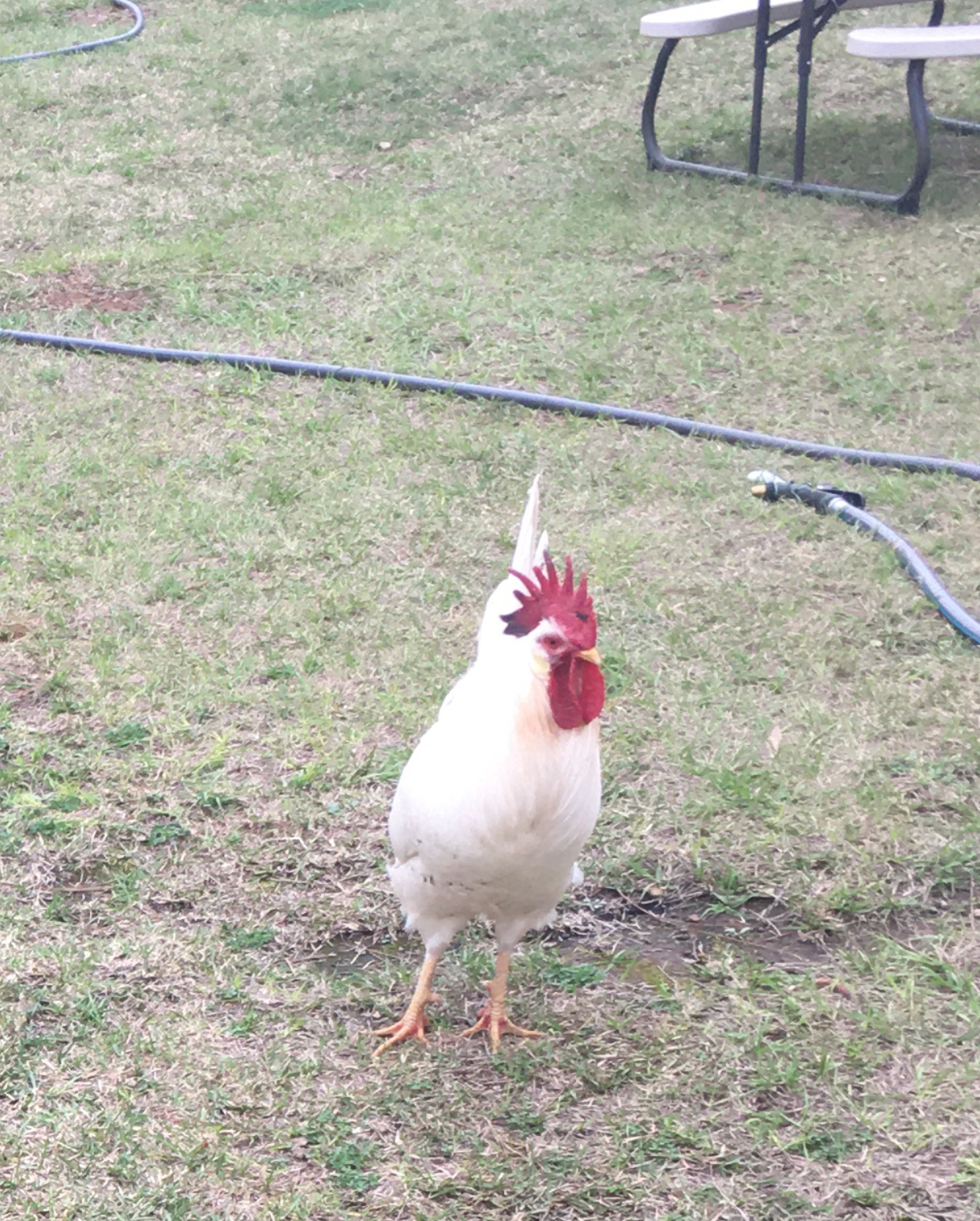 I have to complicate it I have several favorites. For overall egg production it’s white Leghorns ( I don’t have any this year for the first time since I’ve had chickens). For just overall favorite it’s a toss up for me between Barred Rocks and Buff Orpingtons. Only have 2 barred rocks this year and 5 Orpingtons only 1 of which is a buff the others are lavender. This year the bulk of our chickens are black Australorps and New Hampshire reds, we’ll see if either of those breeds earn a spot on the favorite list. 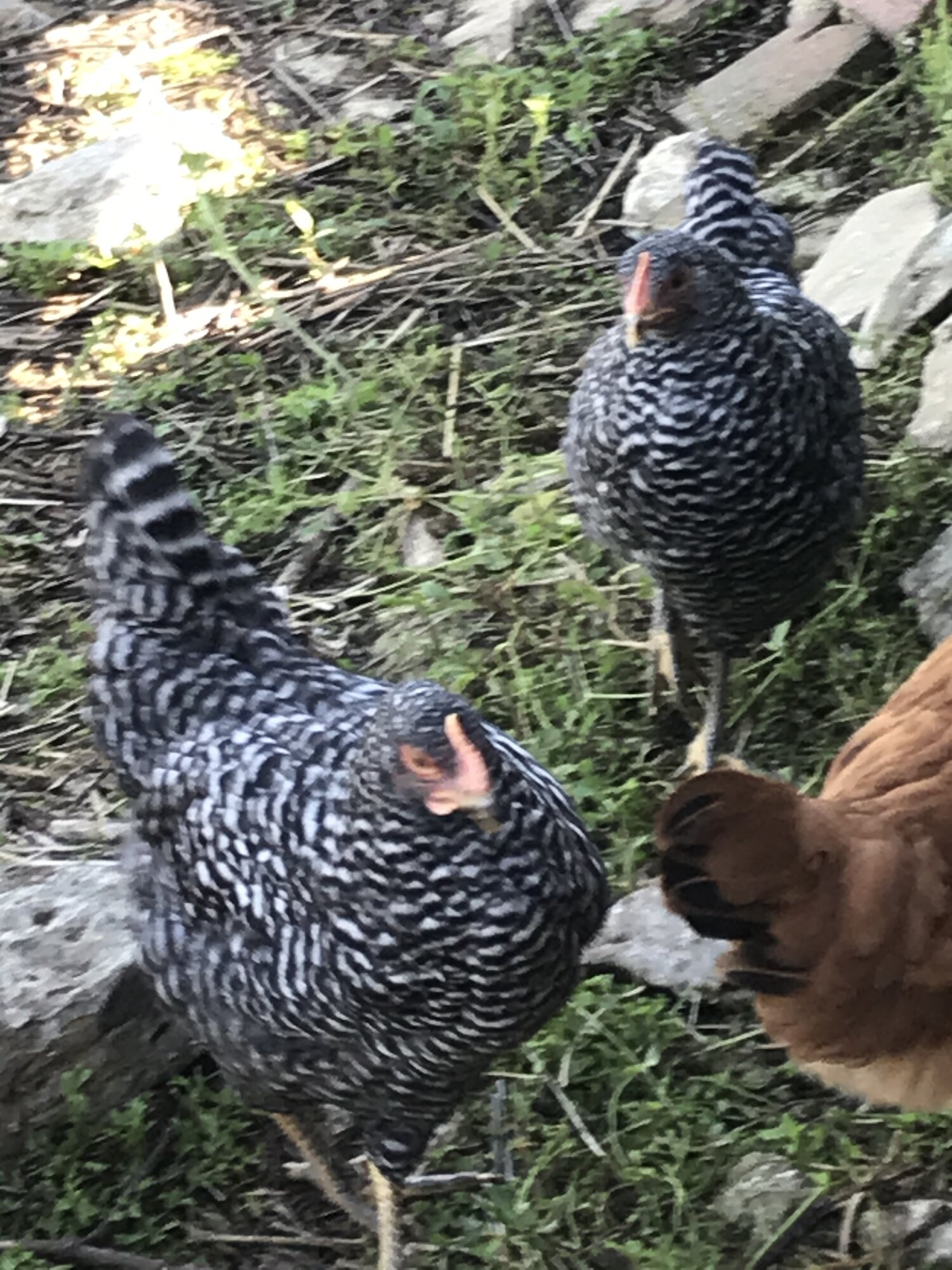 A backwoods coop in NH

d’Uccles!! I find them to be the most personable little creatures!! They happily eat any and all kitchen scraps like little vacuum cleaners. Personal space is NOT a thing with them however and will hop on any part of your body to make their demands for treats known, and they will happily walk on and around your feet while you’re using the big heavy metal shovel (because why should a little bird be afraid of that lol

!) they also will gladly come over and sit down on your lap if that means constant attention and cuddles. Beware though, hell hath no fury like a d’Uccle who wants to leave her pen to go lay an egg inside

. If there’s a way to escape they’ll find it and run about the yard proudly screaming their little heads off the whole time.Male or female I’ve not met a d’Uccle who wasn’t friendly or couldn’t be persuaded by a beard scratch..and who doesn’t love the big beard AND foot feathers!! They also are very good egg layers for ornamental bantams bred to be nothing but living lawn decorations.

Sorry this is a little wild..you can tell I had a good time typing this up

I have a gorgeous Blue Orpington rooster who is just the sweetest boy. Every time I go in the coop he is waiting for me to sit down so he can jump on my lap and be pet!

This is my very first flock of English Orpingtons and I’m having so much fun! Even though i‘ve never had a different breed, Orpingtons are my favorite

My top three favorite breeds are. My Orps are probably the healthiest and average layers. The Biels are the best layers and most personable but I’ve had some crop issues due to overeating.

Brahmas just look awesome but they are average layers with eggs on the smaller size.

My top 5 breeds are
ISA Browns- very sweet and lays lots of brown eggs
Light Brahmas- I have 2, 2 month olds one hen and one rooster they are so amazing a very gentle. The rooster is supposed to be nice and so far is. The hen is supposed to be broody
Ameraucana/ Easter Egger- not sure which one my chick is but they are very pretty. I can’t wait to get the colorful eggs
Buff Orpington: I had a hen but she dies of a heart attach but very broody and sweet girl
Cochin: very amazing bird I heard, broody, cold hardy, I’m hoping to get some next year

My favourite chicken breed is Aseel. An absolutely magnificent breed. Cockerels are very gamey yet extremely human friendly, some like people more than their own kind. Hens on the other hand are a different story, they don't mind human contact, but they can be vicious when broody and they are very determined broody and make extremely good moms. When I try to candle their eggs they bite my hand and twitch their head from side to side. I laugh when I see them trying to cover their overgrown chicks more than half their size. They have a lot of personality.

Aseels will always stay on the top of the pecking order and the hens will attack anything without hesitation when they are taking care of chicks. They are extremely good foragers and they do not bear confinement well.

I mainly keep them for hatching chicks. They are a challenging breed but I will have rather have Aseels than silkies.

My favourite roo he is more of a pet. 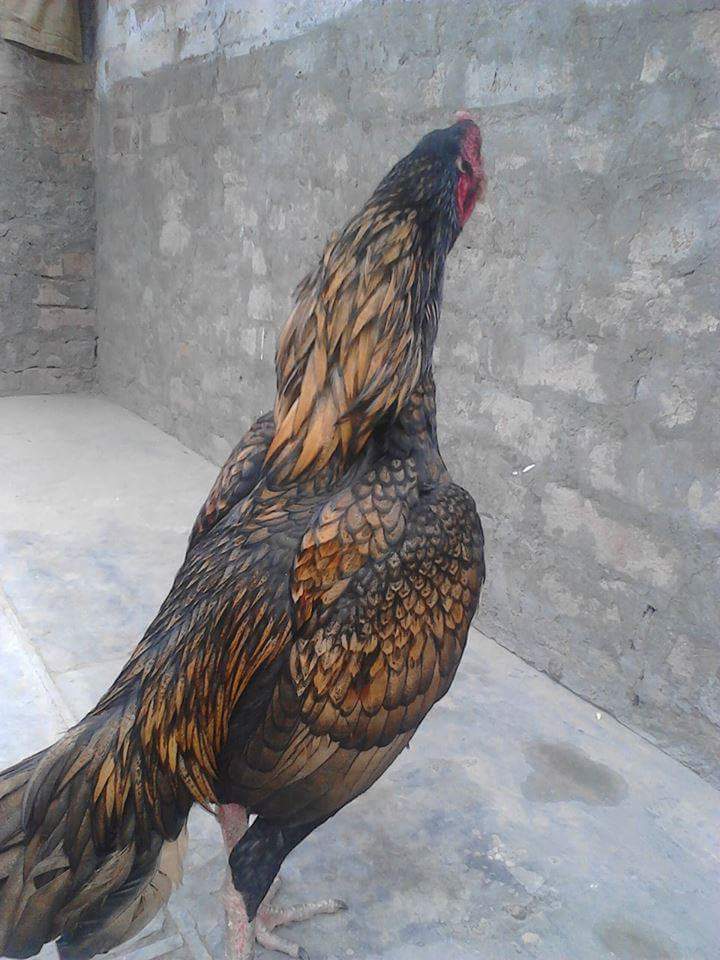 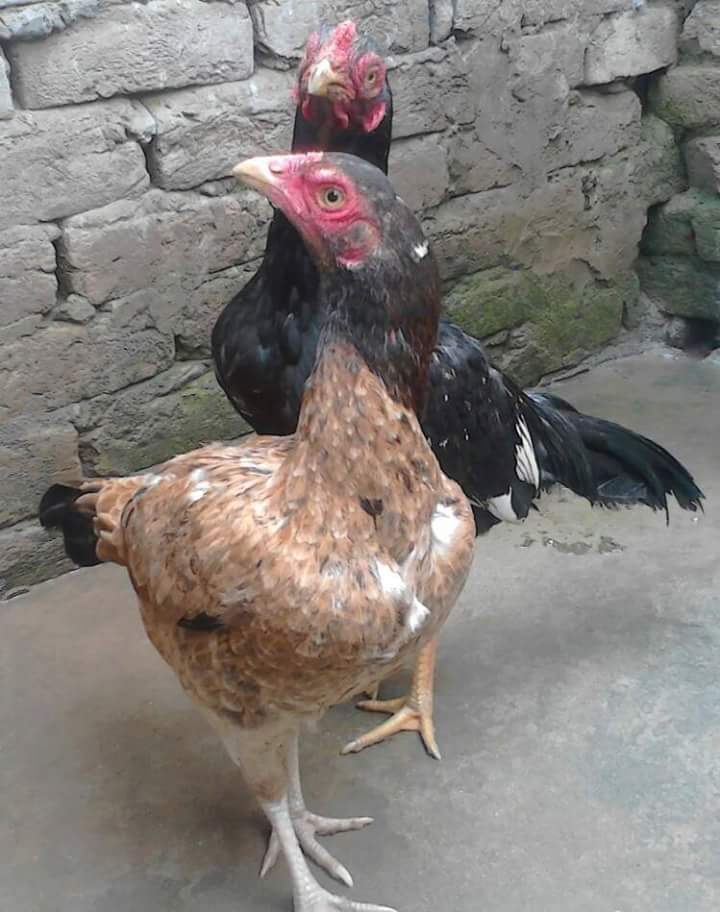 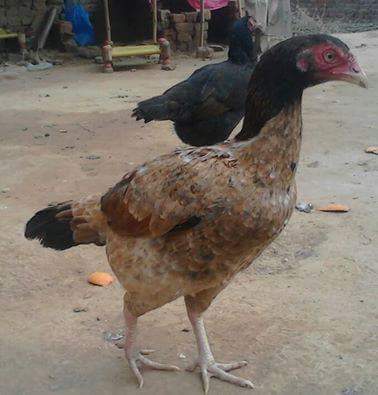 What is your favorite chicken breed and why?
2

What is your favorite chicken breed??
2

What's Your Favorite Breed of Chicken and Why?
2

What is your favorite chicken breed?
2 3