I ordered a batch of broilers from McMurray and received an extra chick. Any ideas the breed? Feather footed with chipmunk pattern. 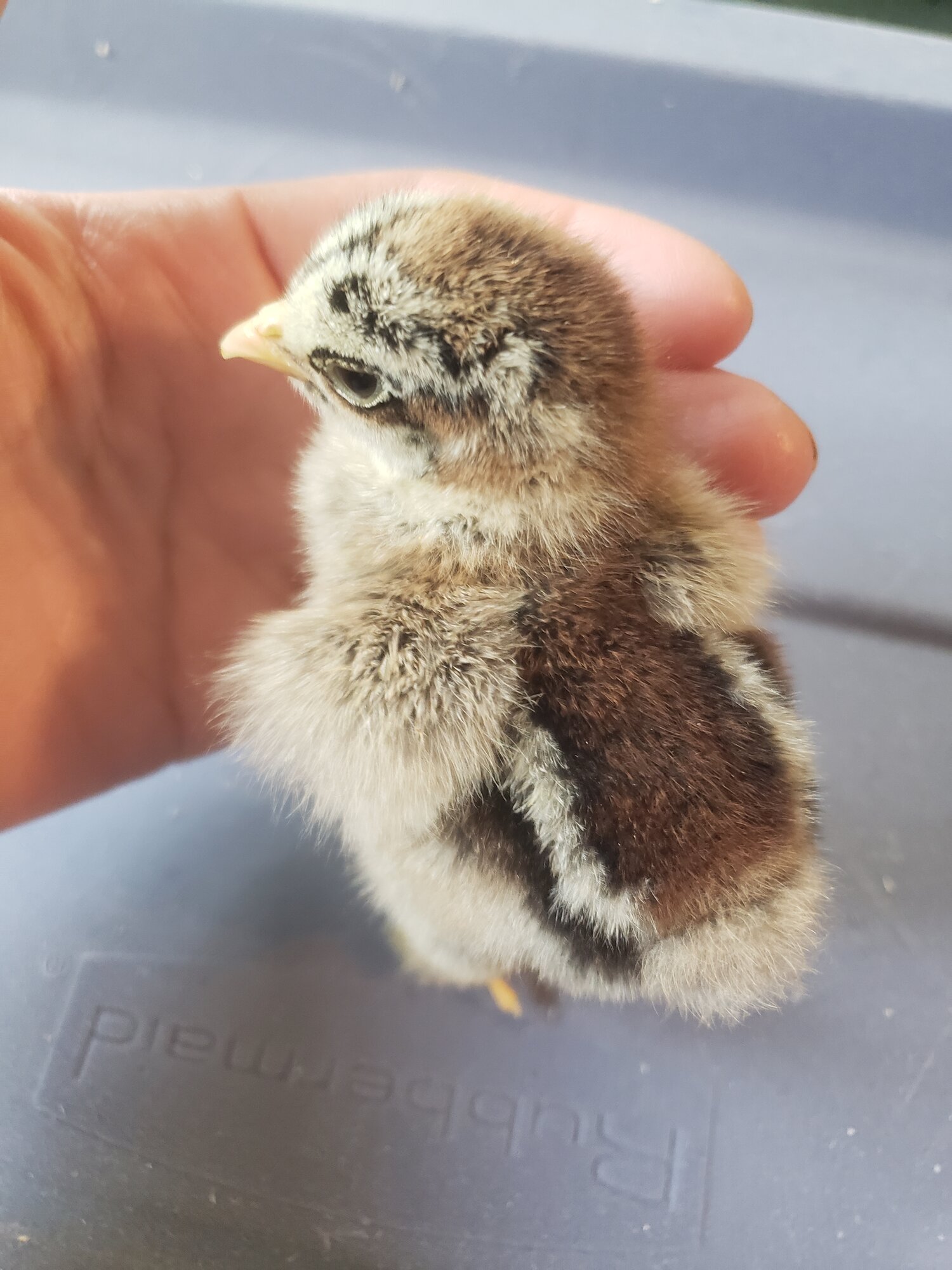 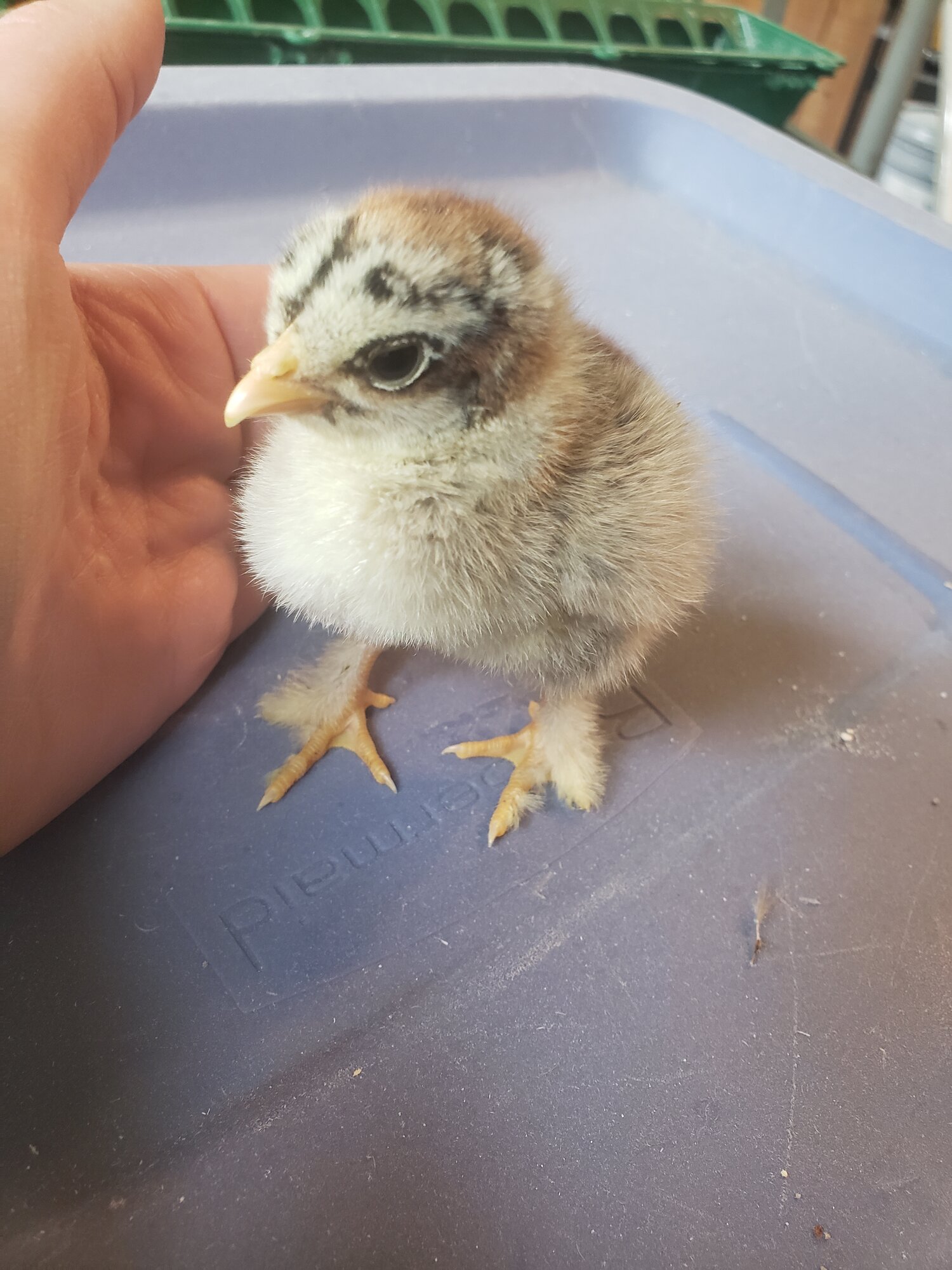 Can we get a better picture of the comb?

does it have a single or pea comb? It could be a dark brahma.

MysteryChicken said:
Can we get a better picture of the comb?
Click to expand... 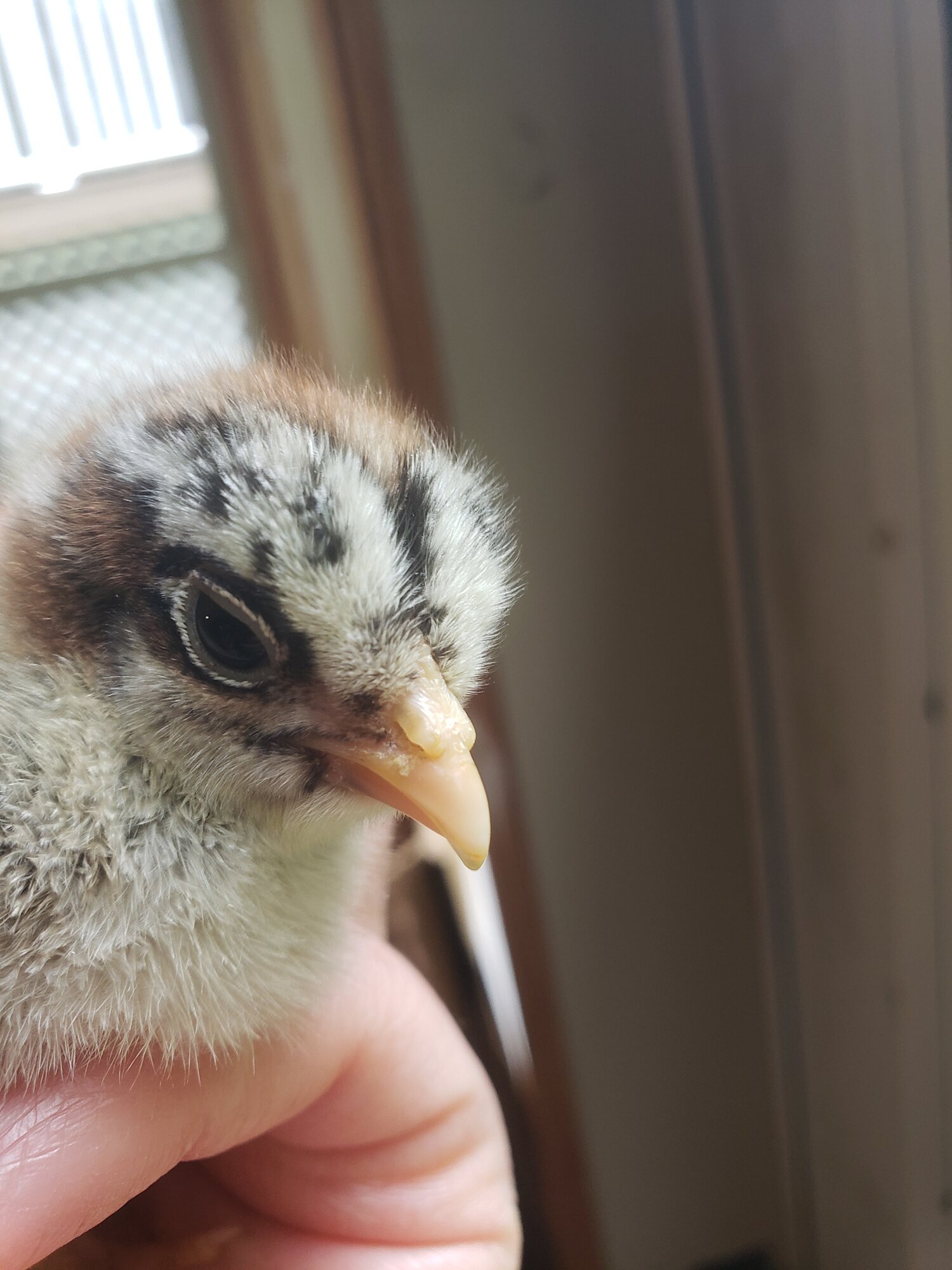 The feet feathers are a brahma trait, yes - but doesn't look anything like the DB I had as chicks. OK, not "nothing like", but not much like. For a start, my birds were all significantly darker - it could be another variety of Brahma I've not owned (and thus, haven't seen as chicks). I'm terrible at comb ID at that age - so going to admit that up front.

I don't think its a DB, but don't hhave a suggestion as to what it might be.

cluckingheck said:
It might be a partridge cochin, but mine doesn’t have a chipmunk pattern at all. I imagine it’s possible different lines can produce chicks with different down patterns, but here’s my partridge cochin chick.

does it have a single or pea comb? It could be a dark brahma.
Click to expand...

I didn't get very good pictures of my Silver-Laced Cochins at that age, but perhaps? 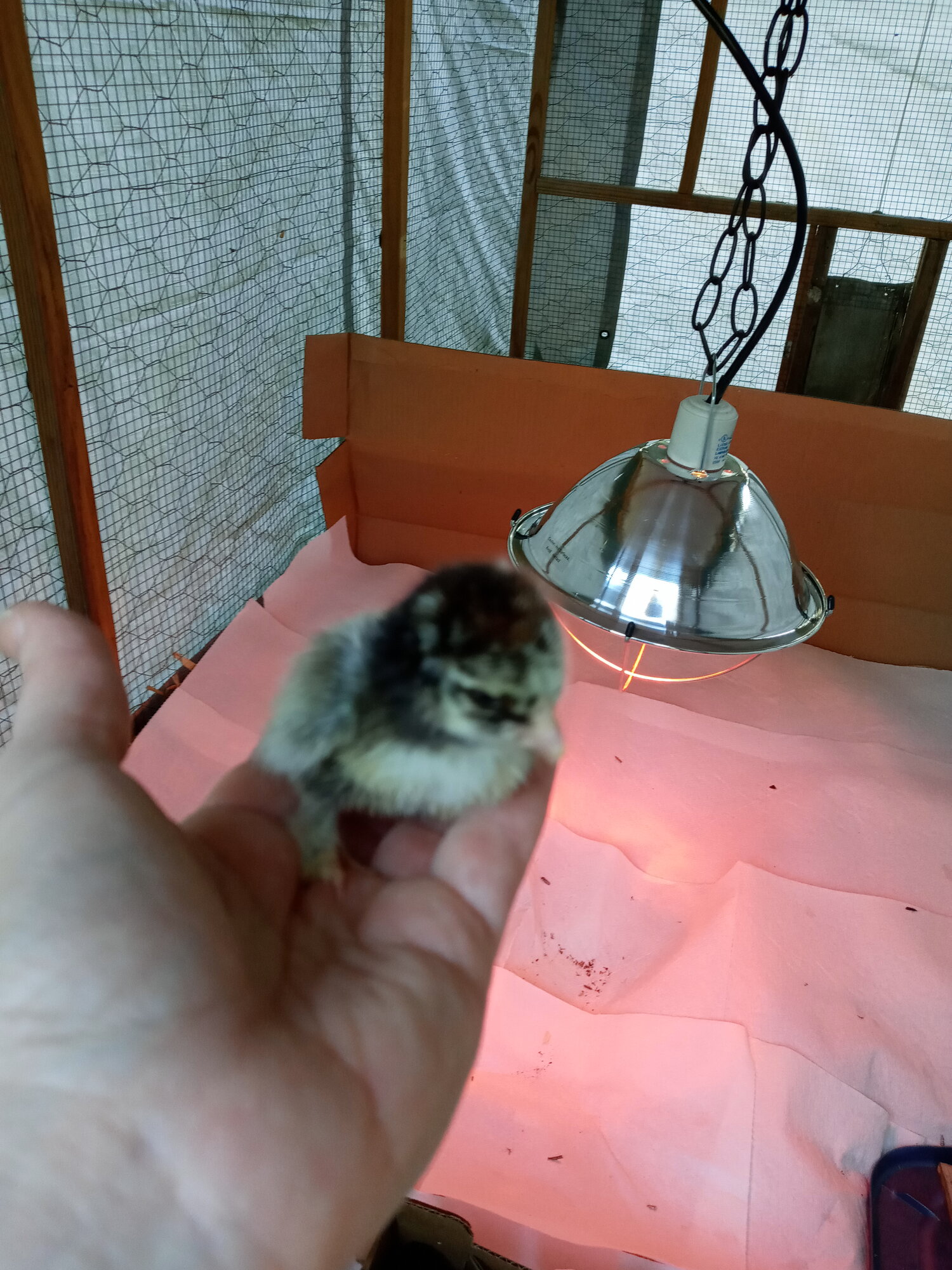 Can we get a straight on comb pic?

C
What kind of chick is this?
2

W
Any idea what this mystery chicken is?