Well I had a chicken, Aretha, that had bumblefoot that I just noticed today. It was a fairly large scab, so I operated. I had my mother hold her in a towel and keep her head covered while I worked on her foot. Aretha, for the most part, was very calm during surgery. While I'm sure it still hurt, we did all we could to make her comfortable.
This was my first time operating on bumblefoot, and I'd say it was a success! The plug was much larger than I had anticipated, but I managed to remove all of it. I bandaged her foot up after surgery and I'm keeping her inside for a while until it heals up a little. And of course so I can keep an eye on it too. She seems to be very content right now and is very perky. I imagine having that thing out of her foot must feel better too.

Here's some photos of the plug, and Aretha I thought I would share. Excuse Aretha's ragged appearance. She's in the middle of a molt right now! Not the best photo of her bandaged foot, as half of it is in the hay there, but that was the best I could get for the time being! 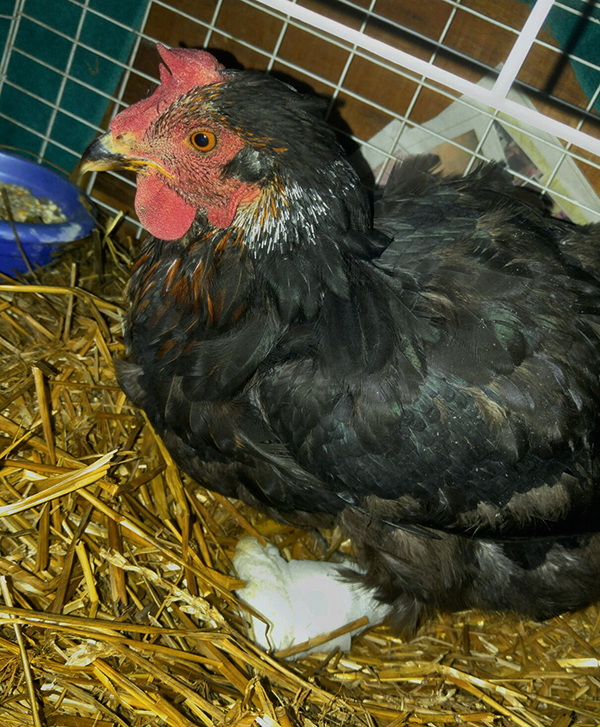 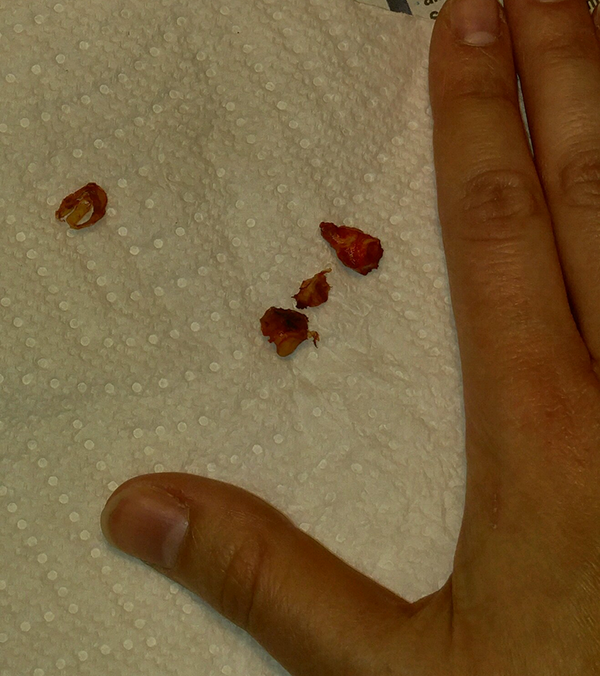 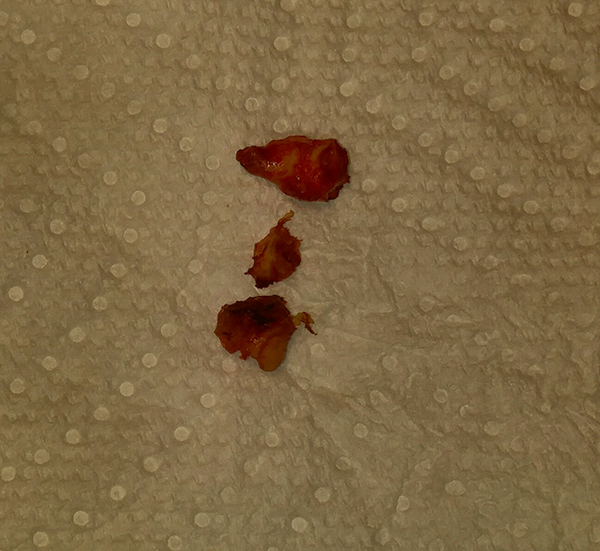 Good job chicken mommy. Curious did you soak it first?

I did! I soaked her feet in epsom salt water a while before I started.

I would probably put her on antibiotics. If none available in your area then need vet visit if not on already. Probably should check with vet anyway.

Bumblefoot surgery but no kernel/core?

Is the bumblefoot healing
2

Bumblefoot surgery unsuccessful and now his toe looks worse than before