May, a five-month old Blue Australorp suddenly went lame yesterday. She is one of four BA chicks I got from TSC in late July. One of them came down with these exact symptoms at age twelve weeks, two months ago. I thought it was an injury and treated for a sprain or fracture. She declined to the point where she could no longer raise her head up, and she was existing on tube feeding. I euthanized her at that point.

Now it's another one with the same symptoms. Her poop is normal, eyes bright, she's still chatty, but she exhibits pain when she tries to stand by pecking at her right thigh. I have her in a crate, and right now, she's in the crate in the run with her mates and her nanny hen. Her appetite is failing and I am hoping they can encourage her to eat and drink.

I am treating for infection this time, not injury. She's on amoxicillin. It's a wild shot since I have no clue whatsoever what is wrong with her. Yes, it could be Marek's, but aside from the first pullet with these symptoms, there has never been any sign my flock carries Marek's, although they do carry lymphoid leucosis. These symptoms do not conform to LL, though. She's also getting vitamin E and B-50.

One more crazy thing I'm trying is Valacyclovir on the outside chance this is related to Marek's by targeting herpes virus. Hey, I figure it can't hurt, even though it very likely won't work. But can't tempt success unless you go out on a limb sometimes.

Okay, now for the main reason for this thread. I need input from a few of our BYC heavy hitters. @TwoCrows @dawg53 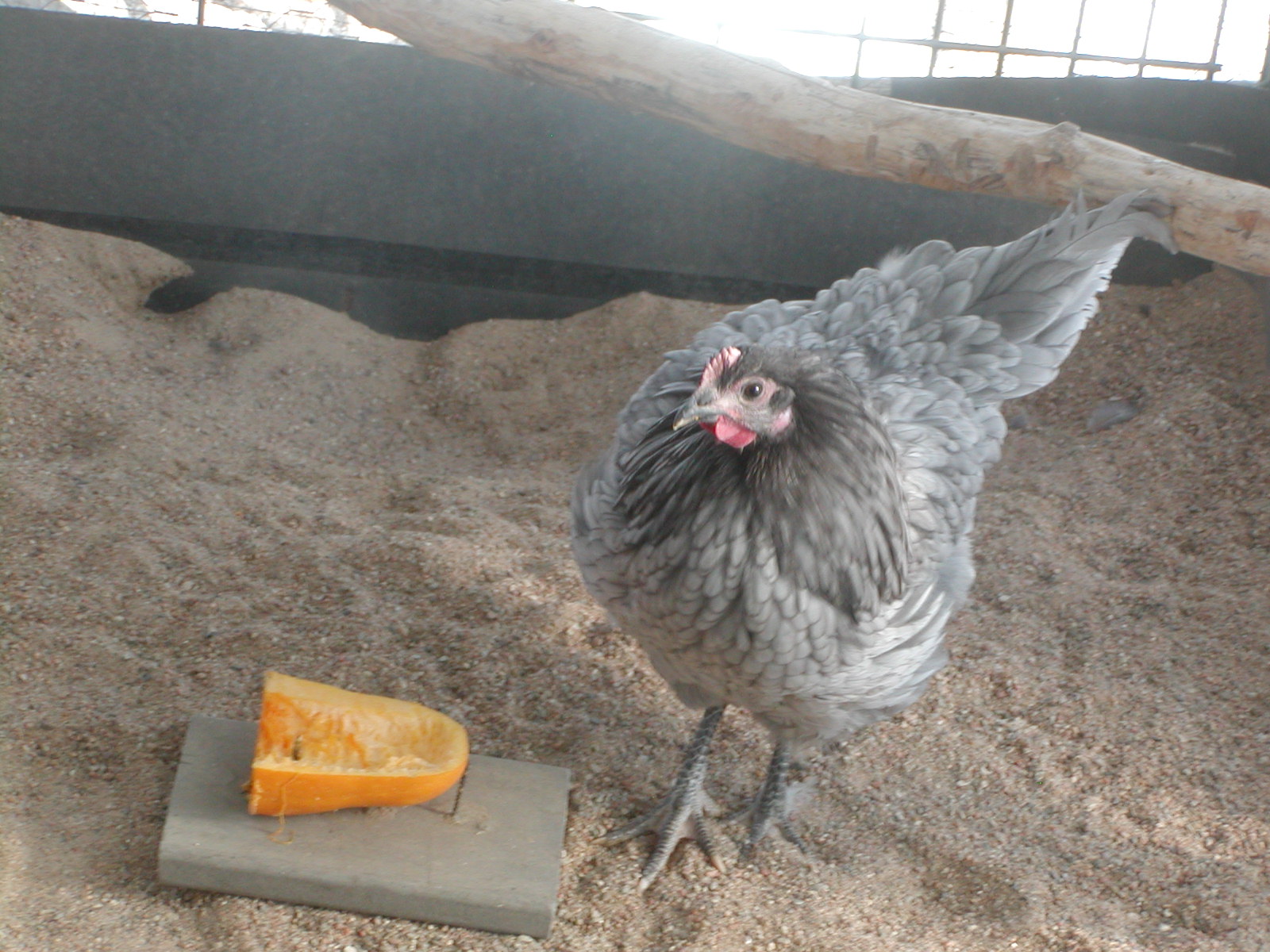 @casportpony Please tell me what you would do in this situation. I'm really totally hitting the wall here.

I have no clue and have never dealt with Mareks so I can't shine much light on that disease. It does sound similar though, sounds like something nerve related.

I have found that when I get a flock of chicks together all from the same hatchery, many times they all have the same issues being bred from related parents/siblings.


I would definitely keep her under heat, especially using an infra red bulb. Infra red is very penetrating and gets deep into tissue unlike other sources of heat. Infra red is known for its healing qualities, improves circulation, reduces swelling, it's just a great heat for sick birds. And it will keep her more limber.

Vitamin supplements as well. I use Poly Vi Sol orally (without the iron) only. Stuff works fast and has much of what they may be lacking. .25ml per day.

Amoxicillin is a pretty broad spectrum antibiotic that really gets into deep tissue. But if you don't see improvement after 4 or 5 days, I would quit on that.

Keep up with the Valacyclovir, it can't hurt! Some have had success with St John's Wort destroying Mareks, there is a thread here somewhere in it.

Well gosh, she sure is a pretty girl.

Sorry I just don't have much info to offer, please keep us posted on her!!

@TwoCrows thanks for the suggestions. The sun is heating their run at the moment, but it gets cold as the sun moves toward the west. I'll set her up under a heat lamp in a bit.

When I opened her crate after bringing her out into the run, she shot out of it to join her mates and nanny hen. They are a very cohesive group. I may rig the heat lamp over an open crate in the run so she still has their company. She can stand and moves, but the right hip does hurt, obviously.

As for vitamins, I'm snowed in at the moment and can't get out, so Poultry Nutri-drench will have to suffice for a few days.

I'm sorry you're going through this Carol. This isnt a good situation due to the fact that the lameness I've dealt with was due to injuries sustained such as a bird hopping down from a high roost or other elevated object. The bird ended up spraining or straining a ligament or tendon and required a long length of time to heal.

There are two possibilities: There could be a genetic issue with the breeder that provided the birds to TSC. I'm going through this with Light Brahma's (only) dealing with impacted crop.
Or, it could possibly be related to LL or Marek's and I've never dealt with either disease. You're ahead of the game when it comes to those diseases.
Leyla offered great advice and I hope May pulls through.

Jim has brought up an interesting thought, how high are the roost bars? Heavy breeds should roost low to the floor as they come down heavy when they jump. I had a 7.5 pound Australorp hurt herself jumping from a roost bar 15 inches off the floor. She limped for over a year and became very arthritic afterwards.

But the head drooping and needing to be tube fed wouldn't explain a high roost bar injury. Sorry if I am rambling, just thinking outloud.

The perch is two feet high with four inches of fine sand under it. The original affected pullet was just a chick and this one isn't full grown and weighs about a pound. I do have a special low perch for my Brahma and Cochin, though, being super heavy weights.

I rigged a cardborard box under a heat lamp in the run. I cut out windows and covered them with plastic so she can see her mates. She hated it at first, but eventually settled in and enjoyed the warmth. The lamp heats the sand and she is getting top and bottom warming.

In the coop, I refurbished a brooding nest box, put sand in it, and hung a heat lamp to warm both sand below and above while she sleeps. She had to get used to that, too, and wasn't happy, but settled in eventually.

Getting a chicken used to anything new requires surviving the massive tantrum they throw, convincing yourself to wait it out, then they always settle down.

She seemed perkier by the end of today. I hope it wasn't my wishful thinking. 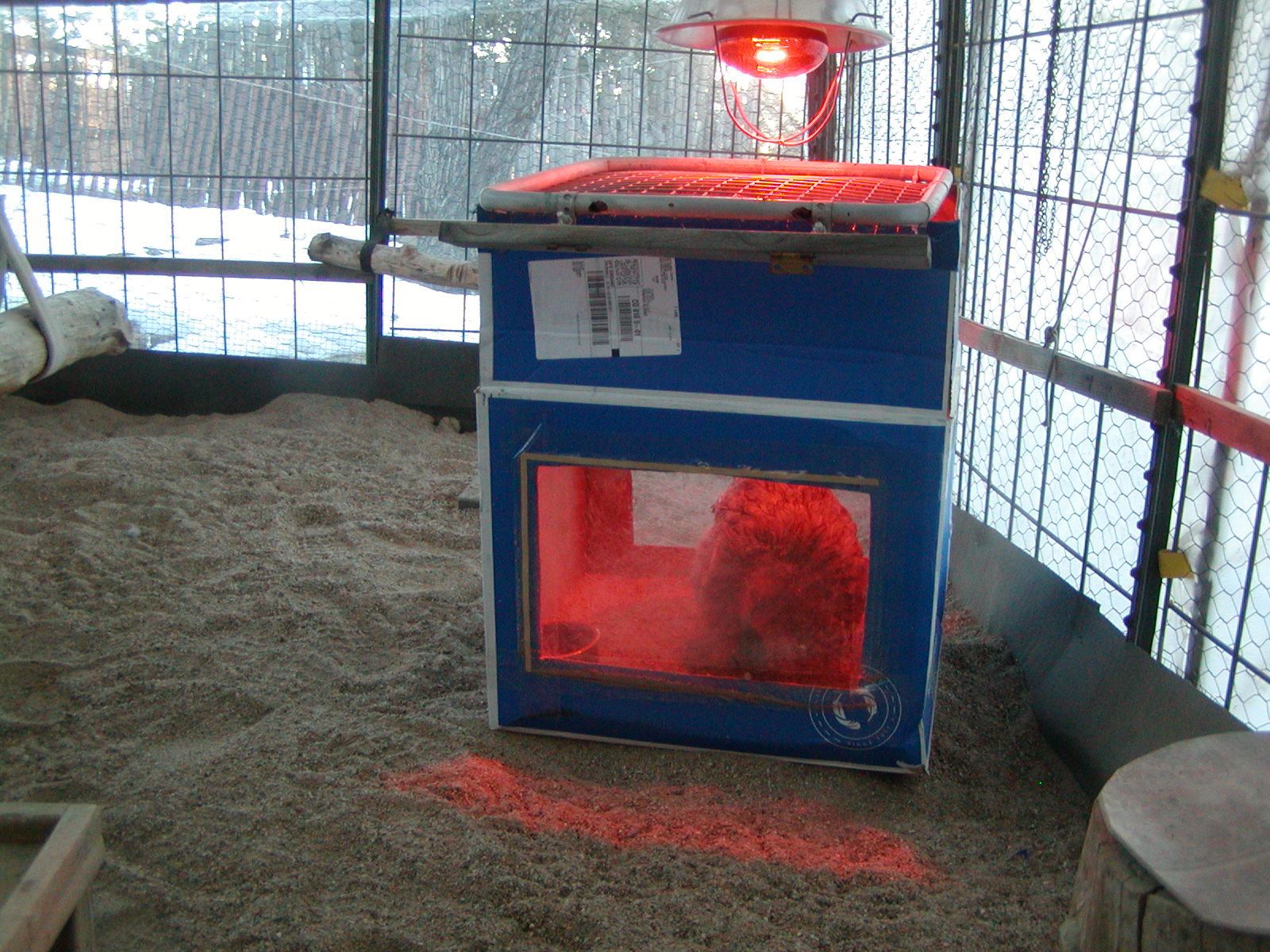 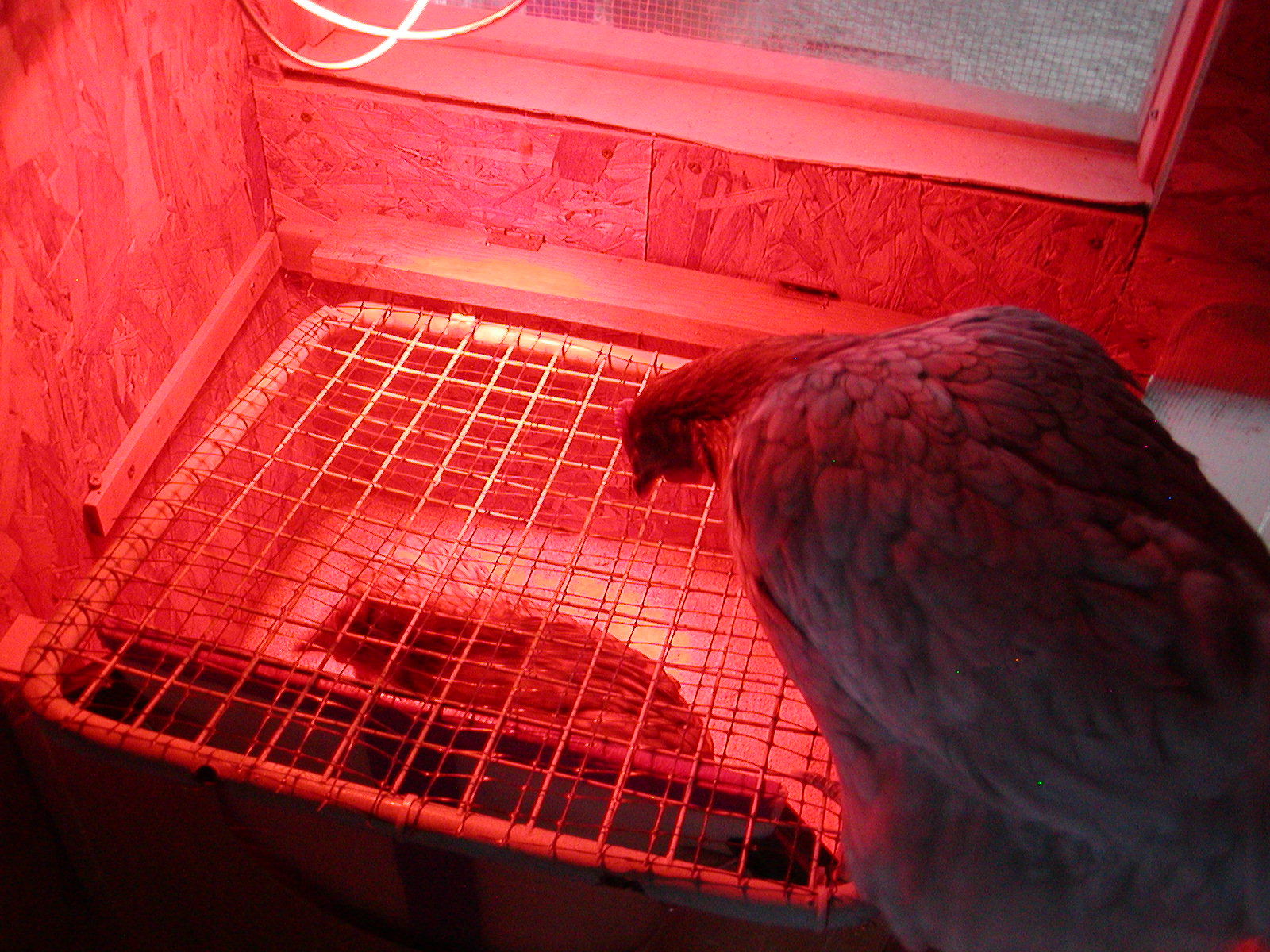 azygous said:
One more crazy thing I'm trying is Valacyclovir on the outside chance this is related to Marek's by targeting herpes virus. Hey, I figure it can't hurt, even though it very likely won't work. But can't tempt success unless you go out on a limb sometimes.
Click to expand...

I love this. I dont know about chicken biology, but in humans, valacyclovir is converted to acyclovir after it's been ingested, which apparently allows less frequent dosing with valcyclovir since it takes time to break down. I think it would be worth looking into whatever mechanism it is that converts the valcyclovir to acyclovir because if its isnt the same in chickens, it may be more useful to dose them with acyclovir instead and cut out that step.

@jwehl thanks for the tutorial on the herpes meds. I only have the valcyclovir on hand since it's my prescription for shingles. (Yeah, another item in my vast health history). I've divided a 600mg dose into eight doses, and I'm giving her around 60mg twice a day. I probably won't take it beyond four days unless there's a big change in her status.

azygous said:
@jwehl thanks for the tutorial on the herpes meds. I only have the valcyclovir on hand since it's my prescription for shingles. (Yeah, another item in my vast health history). I've divided a 600mg dose into eight doses, and I'm giving her around 60mg twice a day. I probably won't take it beyond four days unless there's a big change in her status.
Click to expand...

I'm excited to see how your experiment goes. Theres pretty much no downside to trying it, IMO. As I'm sure you know because of the shingles, it isnt a cure but it might reduce severity or frequency of symptoms - my best guess would be it might slow or halt tumor development?