Shadrach said:
You will doubtless be pleased to read that you have won the impossible competition of coming up with a set of officially approved Shad style chicken names.
I'm going to use the names you've suggested. All I have to do now is work out who should have which name.

RoyalChick said:
Yes. I have a 2x3 brooder box built inside the coop part of the Chicken Palace. Can be used for chicks or to isolate (of course not if something contagious is suspected).
I put Elizabeth in there for her last hours so she was surrounded by happy chicken friends and not pecked at.
Here is Minnie looking the picture of misery waiting for the vet. She did eat some sunflower seeds in the carrier but she also produced pure clear liquid instead of anything like real poop in her box over night.
View attachment 2869815
Click to expand...

Hi, Minnie. Hang in there, girl!

Monday Mug: Clara, the most mischievous hen of the bunch! 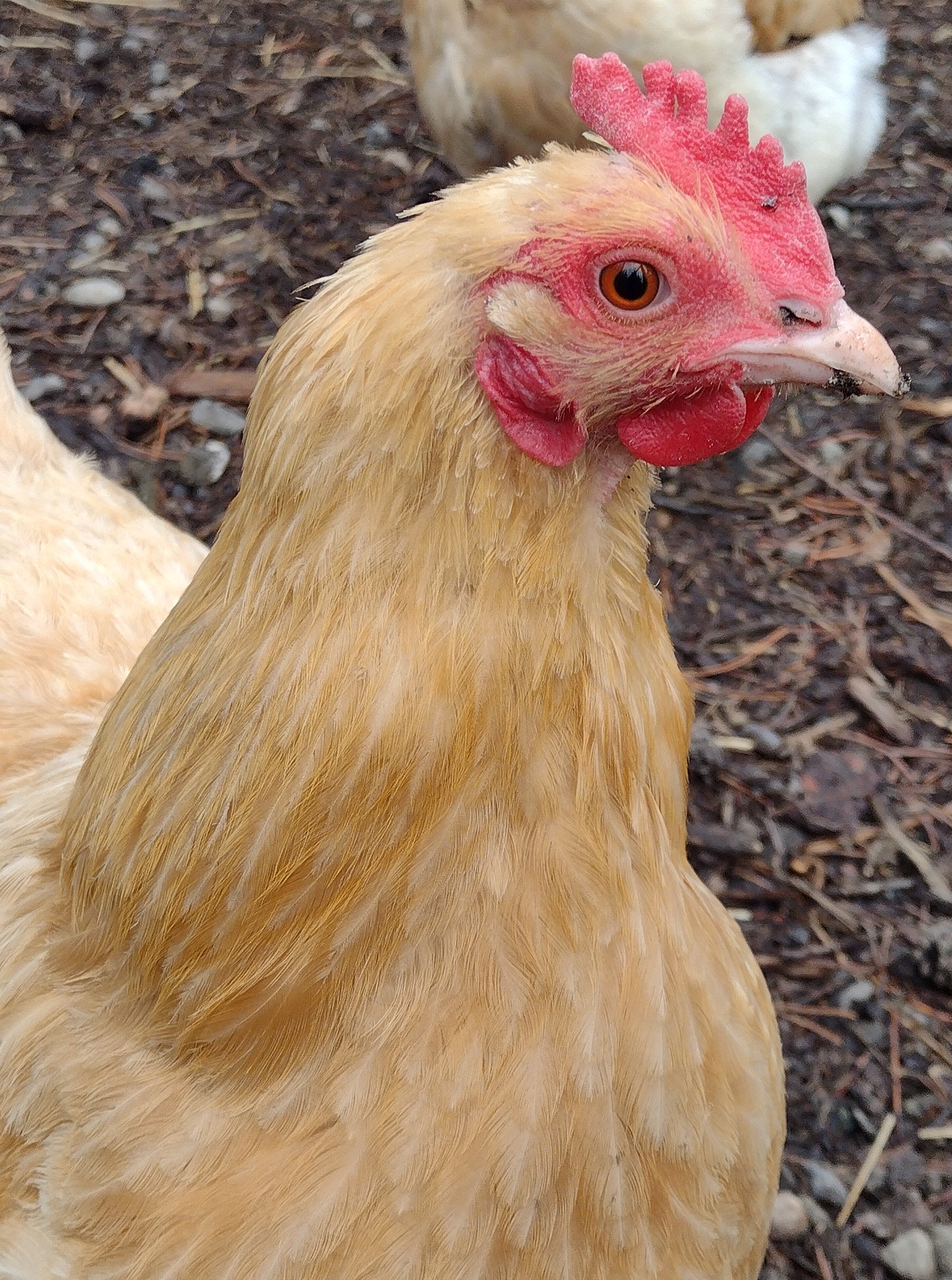 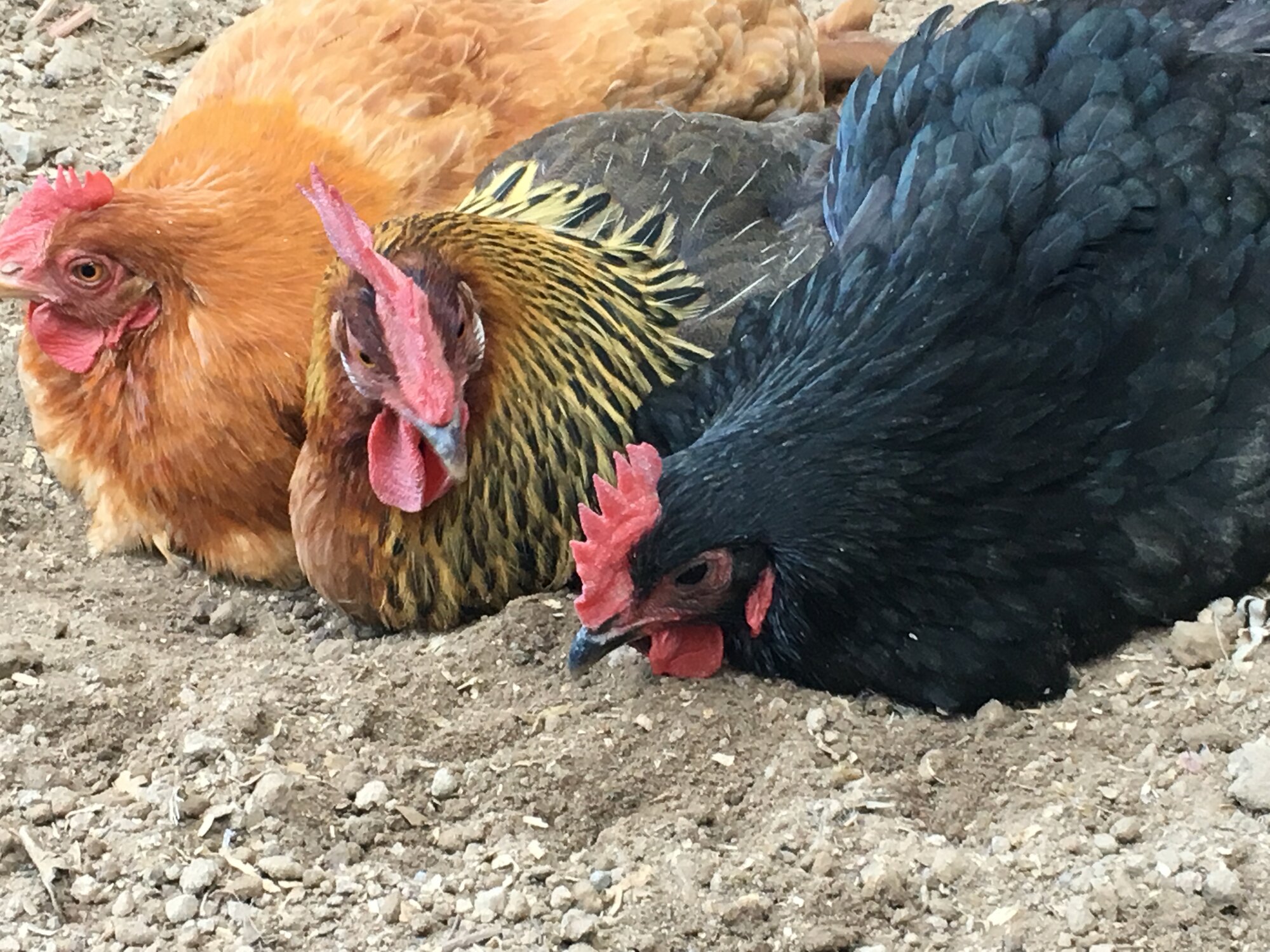 Bridge was there, too, but behind them. 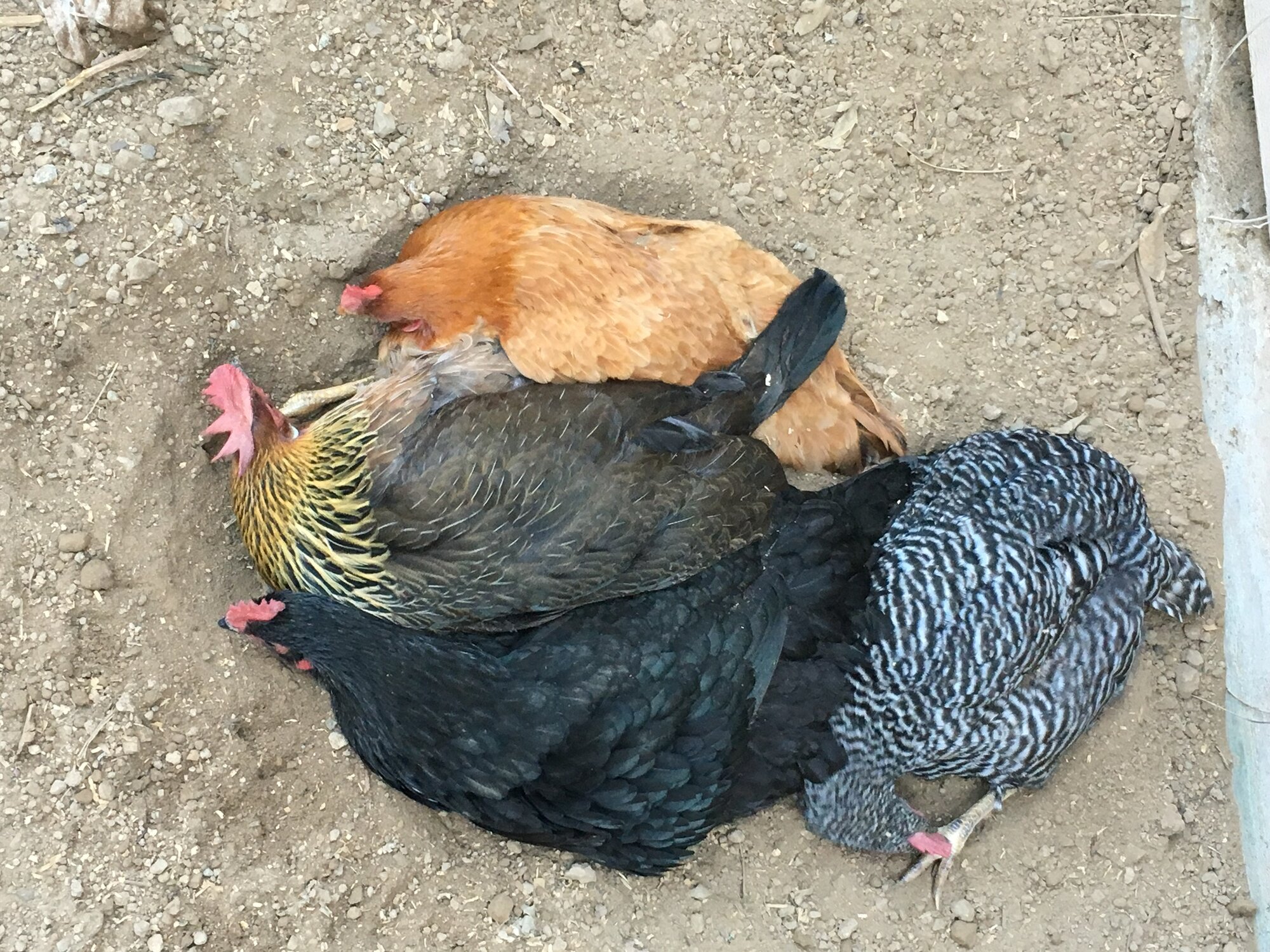 Lexicon said:
Monday Mug: Clara, the most mischievous hen of the bunch!

!
I have four and they have such different personalities, which is one aspect of chickens that I love: all those wonderful little characters!

Looks like Butters is having what's called a hard molt? This is from yesterday. Her chest on either side of the middle has bare patches not really covered when she raises her head. Under her back cover feathers is bare, and the wrists of her wings are bare when she shows them. She shakes and ruffles and preens; numerous fluff and cover feathers just explode out. 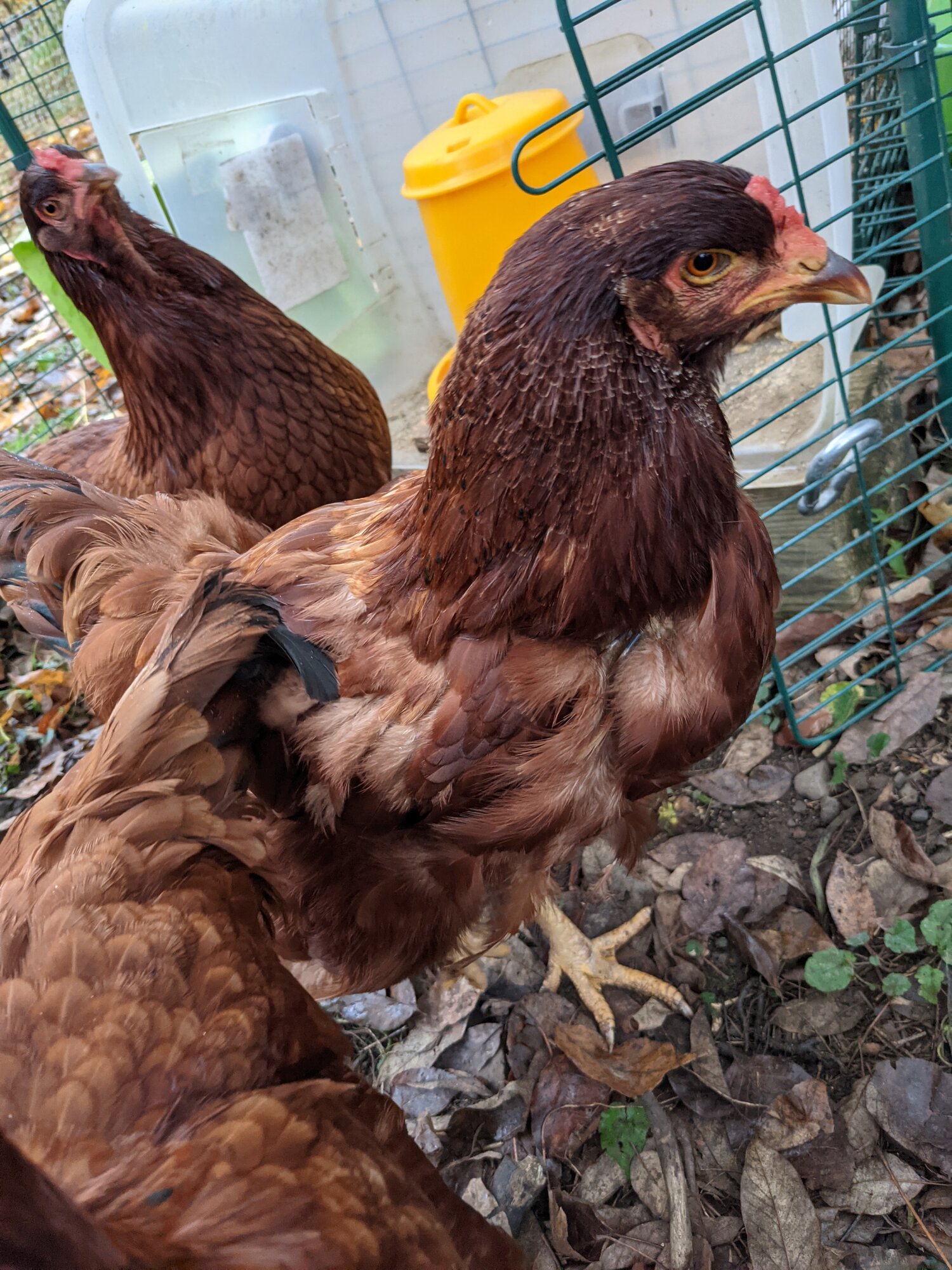 She isn't eating pellets or mash balls now, or the wonderful sardines and rice mix that Hazel ate and Popcorn covered her beak in, but she eats some scratch & corn and mealworms, which Hazel didn't like. Going to see about worms and eggs. I suspect whatever she was eating before she's off just because it was before!

Temperatures we're dropping yesterday with wind, low 40's F, and I winterized the under-coop area and coop run so there's a totally wind-free area, and added wind-breaks to the big run. She and Hazel roosted very early yesterday. Temps got to 39F (3.9 Celsius) last night.

We finally got a substantial amount of rain last night. Yay! The chooks stayed dry in their coop. But now, it’s bug hunting day for them. (Wetness, brings out the worms) so have fun you silly birds! 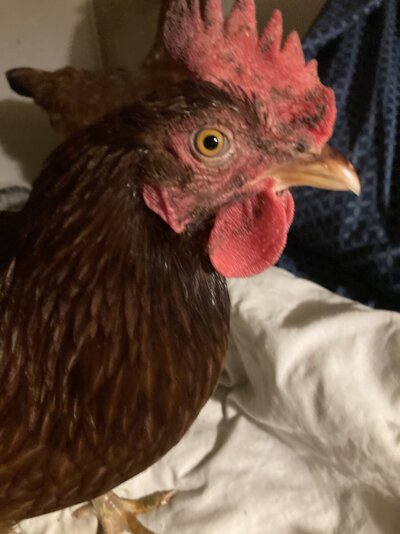