micstrachan said:
Sorry to hear. I checked out your thread, but wasn’t sure.
Click to expand...

Marie hasn't confirmed but it seemed quite bad. 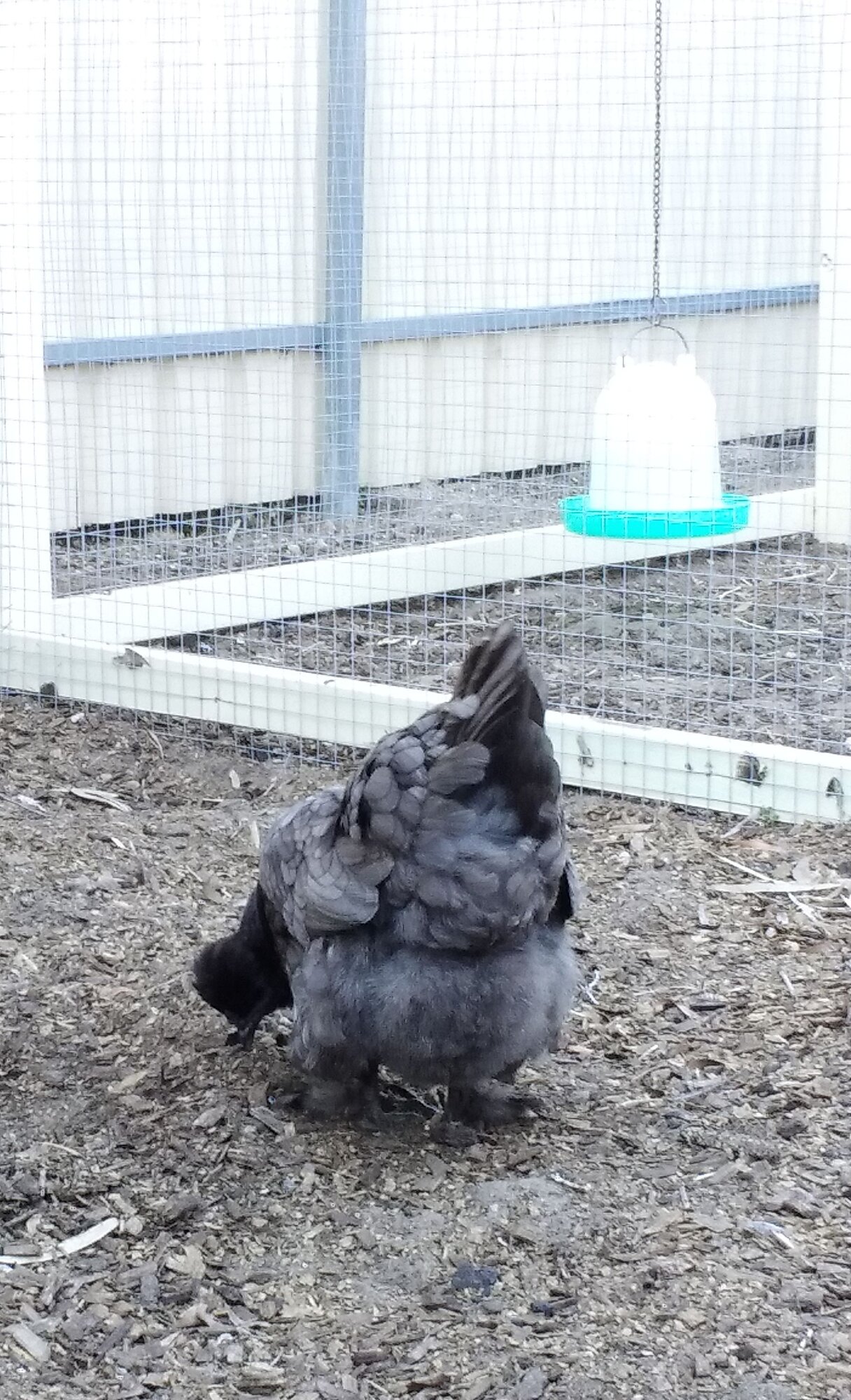 And here are a few butts, featuring Ruby, front and center. 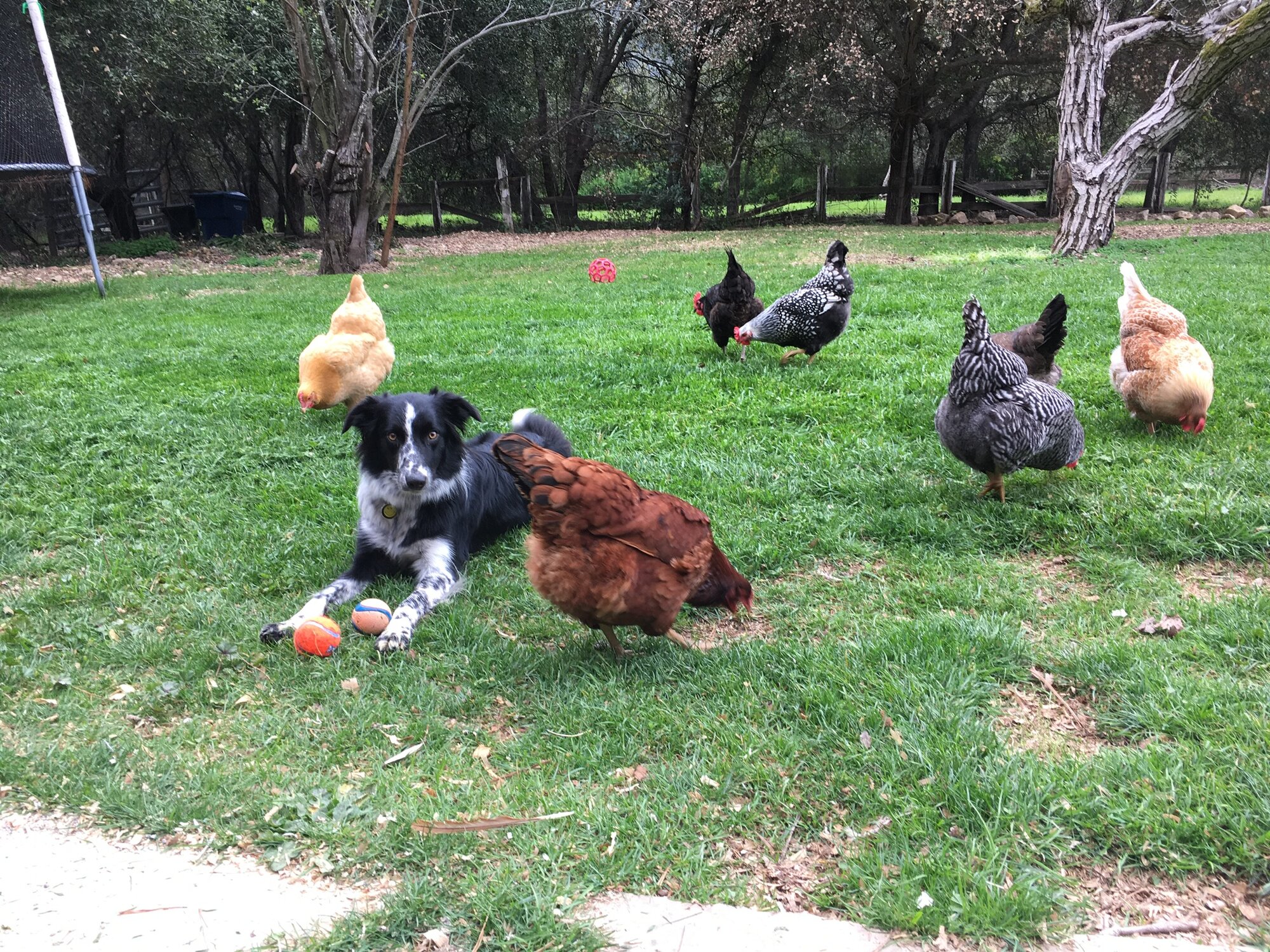 @Marie2020 How is Amber today? A few of us anxiously awaiting news.

I had planned to do some responsible grown up stuff today. But, come mid day, the sun was shining and I looked out the window and thought to myself I know where I would like to be and there is lots to do there as well, so there I went. There, is of course the allotments and chickens.

I got another stretch of fence sorted. I will explain a bit about the whole setup at some point. This stretch of fence had no buried chicken wire and just the stock net at the bottom half. Very easy for a stoat or weasel to get into the run.
View attachment 2873833 View attachment 2873834 View attachment 2873835
I don't work flat out these days; pensioners privildge. So, I head back into the run and watch the chickens on a regular basis.
The area I cleared a while back under the trees has become the favourite resting place for the chickens. They have the run fence at their back, cover in the weeds and from the trees and a good line of sight into the open run area. Thing is, the geese like it as well. There is constant mild friction between the geese and the chickens. It's mostly hiss and spit but given the size difference between the geese and the chickens, even Henry who is not a small rooster, if I'm not there, gives way to the geese.
When I do herd the geese away they waddle off back towards their "end" of the run and that's it until next time.
The youngest male who is one of the grey geese fancies himself a bit and is the first to make that ungainly head lowered charge at a chicken given the chance. There is a pathway around the back of the large netted frame that sits at one end of the run. I'm right behind the geese herding them on when four of them peeled off right to go around the netted frame when Mr I'm well hard peels off left to go around the back. Lima is standing about halfway along the back path having a bit of a dig. Mr I'm well hard drops his head and makes a bit of a charge at Lima. I'm about to dive on him full rugby style. Lima jumps up and foreward, gets a double foot smack on the gooses head, gives him a peck on the beak on her way down and is up in the air again for another go.
Mr I'm well hard falls over as he attempts to go backwards (there isn't any room to go around) flaps himself 180 degrees and runs away to join the others.
To say I was gobsmacked is an understatement.
This is a view looking from the other end, the geese end. The geese were coming towards you in the picture, away from the chickens. As you can see where the pallet is there isn't a lot of room to get by.
View attachment 2873866
Just to remind you, Lima.
View attachment 2873869
And in case you can't think how big geese are compared to these chickens. That's Mr I'm well hard at the front.
View attachment 2873873
Click to expand...

Shadrach said:
The day got even better. Once I had finished digging the trench and got the wire in the bottom I went and sat on the ground close to the run and trees where a few of the chickens were relaxing. I sit cross legged on the ground. I can get up without having to use my hands quickly if necessary from that position.
I haven't been sitting for long when Lima comes around from behind me, climbs onto my boot and settles herself in my lap, stick her head under her wing and stays there!
Of course I'm entranced and sit there looking at this strange brave hen who would be the keel bone test be pronounced dead having anap in my lap. When I look up, Lima's legbar friend is standing by my boot looking at Lima and five of the Ex Batts are sitting or standing around me close enough for me to breath on.
Henry comes over and after a bit of awkward shuffling around me he gingerly walks up to my knee and gives it a peck then makes the coo cooing sound he makes to his hens when he's talking to them nicely and walks away to join the others.

One of the problems I've had is getting to have a decent look at all the hens and of course Henry. Most people who keep chickens will know that you can have a handfull of chickens under your feet, but bend down to pick one up and there are gone!
I picked up six hens this evening.
Click to expand...

Oh Shad, this is WONDERFUL

Today is Phyllis' hatch day. She is 2 today. Everyone please join me in wishing her Happy Hatchday!

It was a pretty good one for her. Here she is enjoying the day.

I love it when they have a thorough shake! And that "Tata!! Must dash" thing broodies do is also very cute

MaryJanet said:
I love it when they have a thorough shake! And that "Tata!! Must dash" thing broodies do is also very cute

You describe it so well - 'Must dash' is exactly right, and off she trots. Adorable!