One of my four little Welshie drakes is having eye issues. A couple of days ago I noticed he wasn’t following his buddies into the tractor at bedtime. He was sitting in the grass, just rocking—mostly rocking forward. I picked him up and looked him over. I couldn’t feel his crop. No poopy vent going on. Nothing wrong with him that I could see. His tummy didn’t feel odd, but I massaged it gently and felt some gurgles in there. He wasn’t fighting me, which was convenient but alarming since I don’t usually handle them. I finally put him into the tractor his buds had chosen for the night. It was pretty dark. I didn’t notice anything going on with his eyes.

These four are my only ducks. I have four Buff geese and a lot of young turkeys & chickens also sharing the tractors for the warm(ish) season. I fully expected him to be dead in the morning, poor little guy. He doesn’t like being away from his friends, though. I figured he must have eaten something he oughtn’t have.

Next morning I was pleased and relieved to find he was following his friends around again. I wasn’t even sure which one he was. By evening though, one of them (I’m assuming the same one) was wandering around, bumping into things. On closer examination I saw no eyes at all. If I didn’t know better, I’d have thought he hadn’t any. I took him inside the shop and washed them off with a cloth and managed to get them opened. I returned him to his buds. By morning (today) his eyes had again disappeared. I brought him into the house and put him in my bathtub (mostly so he could get some water since I hadn’t managed to get him to drink—he was mainly just trying to get away from me outside, when I dunked his bill into the water bucket.). I soaked off the crud with a wash cloth. He was fighting me, so I’m afraid it wasn’t all that gentle, but I did get his eyes semi-opened. I wrapped him up in a towel and took him back out.

Before I put him down (in the tractor—it’s chilly & windy today) I noticed some white foam in his left eye. I daubed it off with my sleeve. He doesn’t seem sick aside from his eyes. Not sure what to do.

I knew that was gonna be the first question. I ought to have just done it, but I’m here alone today and it was very awkward, trying to manage the duck and the iPad at once. You’re right though... I’ll try and get one. I have to get my mom up and feed her first, so as soon as I get her all comfy...

Def sounds like we need a picture having all your birds in one place for the night he may have gotten pecked but since it’s both eyes probably not but you need to get a really good look at his eyes warm salt water 1 teaspoon to a quart of warm water mix real good, use the cloth wet but not dripping and just hold over the eyes you can also pour gently over but the warm compresses should help loosen any crud. Wrap your duck in a towel they are much easier to handle to work on an examine.

Taking photos is really awkward, especially since I have to hold the duck, hold his eyes open, and work the camera. DH is gone for maybe three days and the doggies aren’t volunteering. The eyes are obviously shut... Here’s what I got: 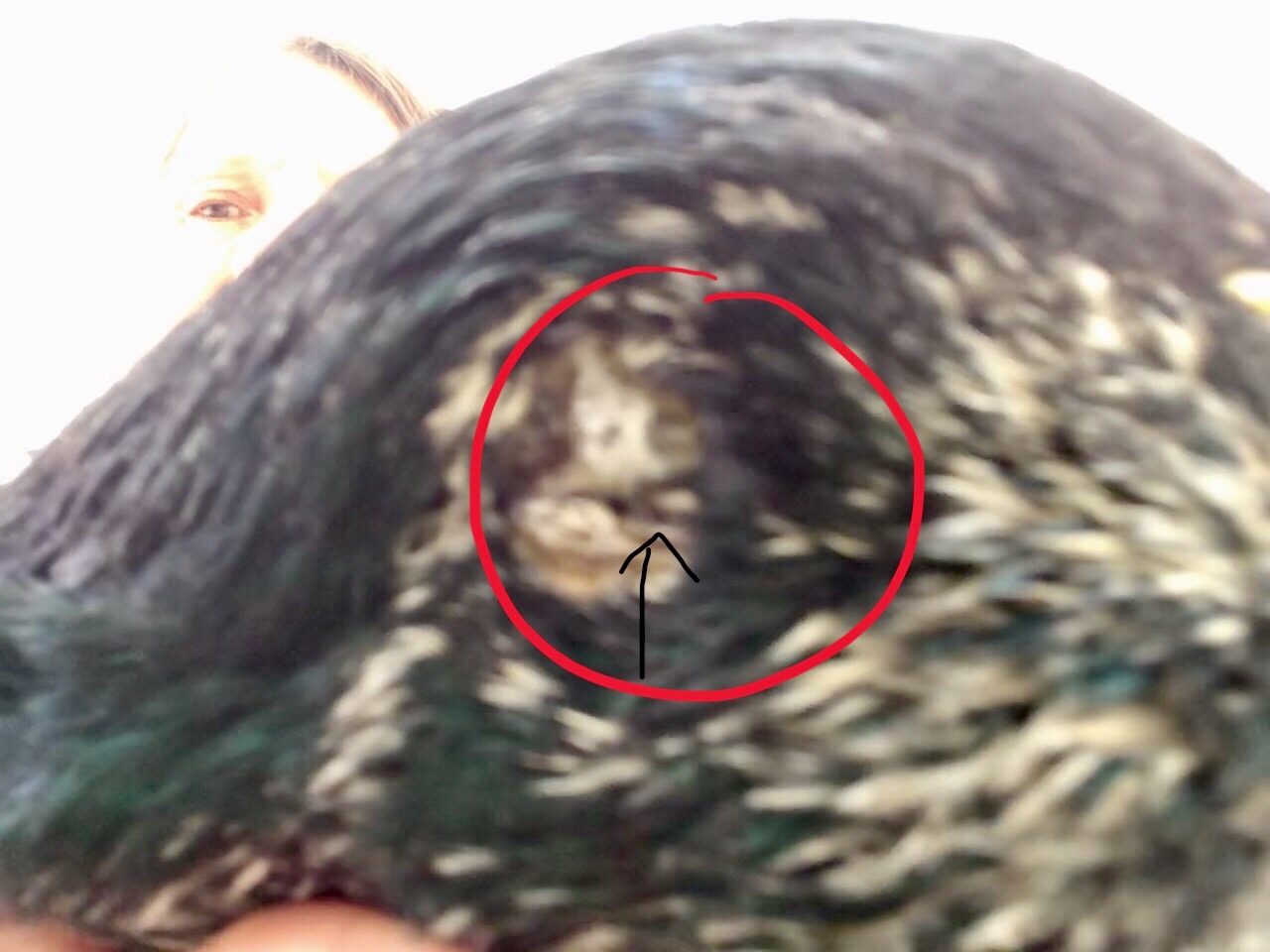 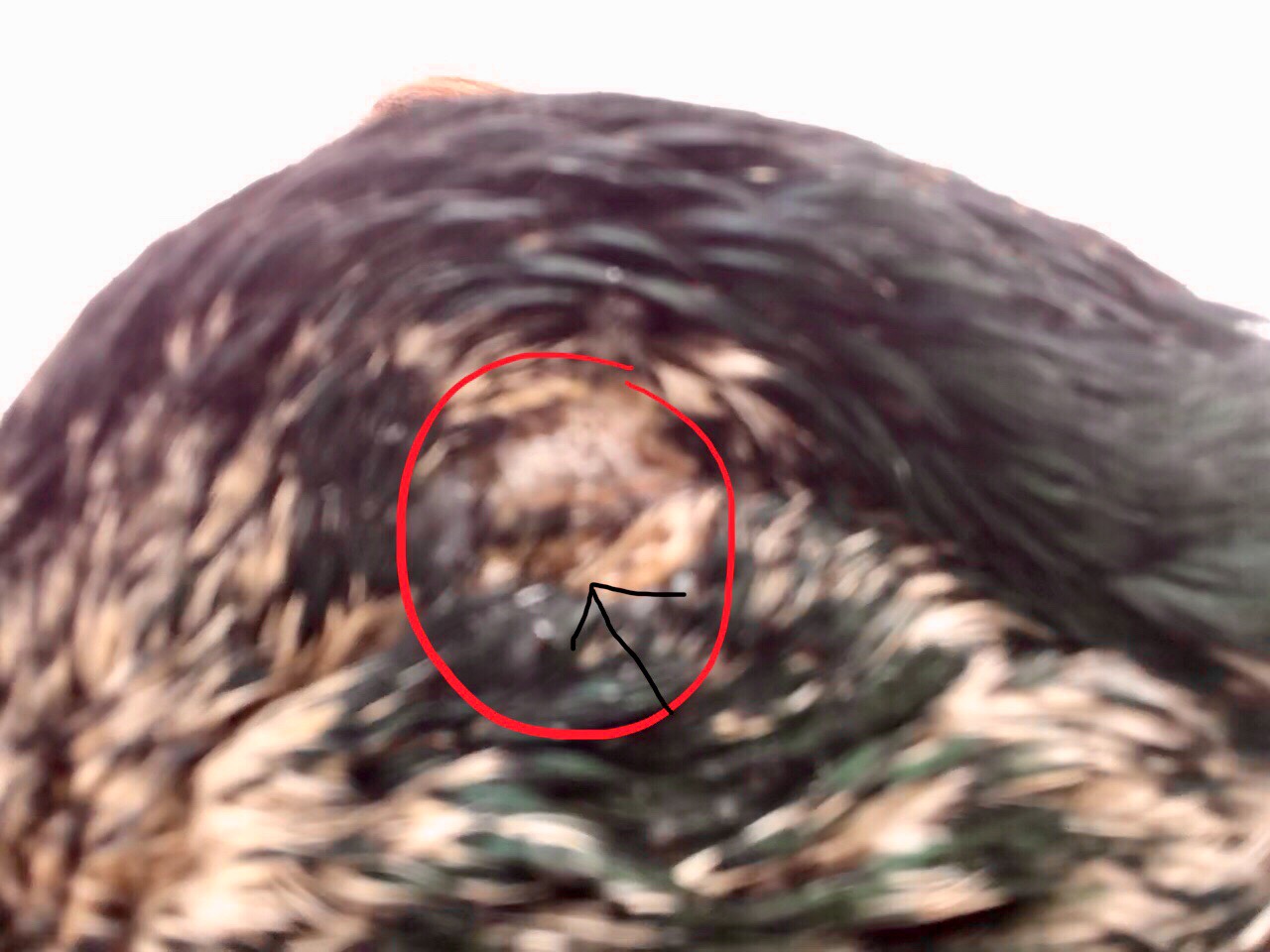 Since these are both pretty inadequate, I did a sketch: 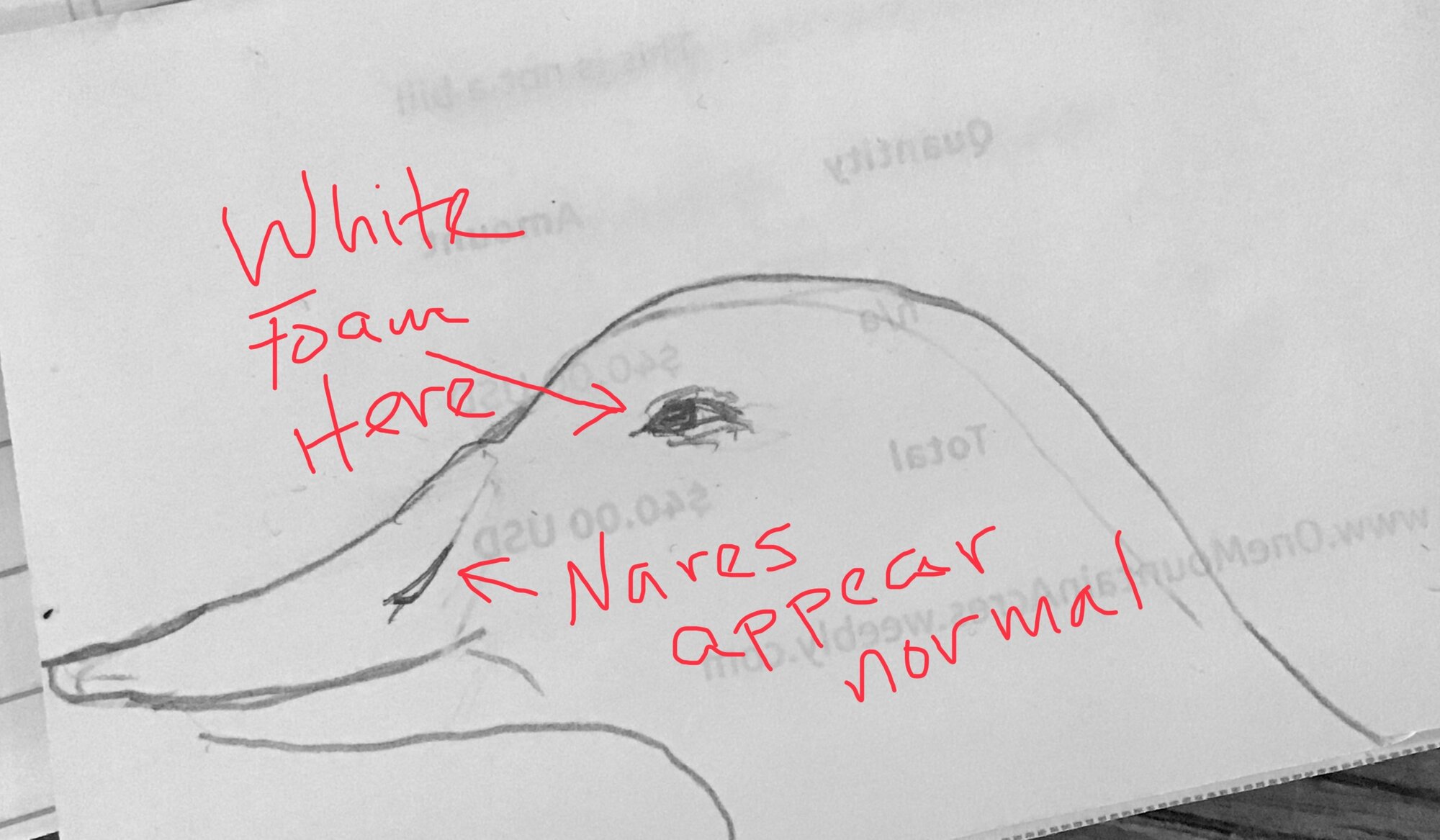 I drew the eye a bit too wide open (at present they’re glued shut again) and couldn’t figure out how to depict the foam. It was pure white and the bubbles were very fine and regular in size.

I need to go to town today to get pine shavings for some poults in a growout so I could also pick up some kind of an eyewash unless there’s some home remedy I might already have supplies for on hand.

He has no other symptoms except general lethargy which, in my experience, is to be expected when one’s eyes hurt and are bleary. No respiratory distress that I can hear or see. I have allergy eye drops for my own use. They contain glycerine 0.25% and naphazoline hydrochloride 0.012%. I realize many meds appropriate for humans aren’t suitable for other species, but some are, so if anyone knows whether this med would be okay for ducks, that would be helpful.

Wild birds are pretty scarce this year. I think they probably left in a huff when we had two major blizzards a week apart at the end of June. I know I considered it. I haven’t seen many wild birds at all and none inside the e-netting, hanging out with my poultry.

I give the birds fresh water every morning though the ducks and geese have it looking pretty groaty by evening.

I’m thinking maybe I ought to dig out an old wire dog kennel and put the little guy in the garage in case he’s contagious but I hate to do that to him. He’ll feel so lost, all alone. I’m guessing it’s a contact irritant or abrasive, maybe stinging nettle or Canada thistle, but it’s weird that both eyes are affected.

Can ducks have allergies that other ducks don’t have? It sounds strange, but the most plausible thing I can think of is an allergy... I’ve just never heard of birds being allergic.

Anyway, thanks for any suggestions... I have no idea why this is happening to my poor little boy.

I updated my drawing to clarify: 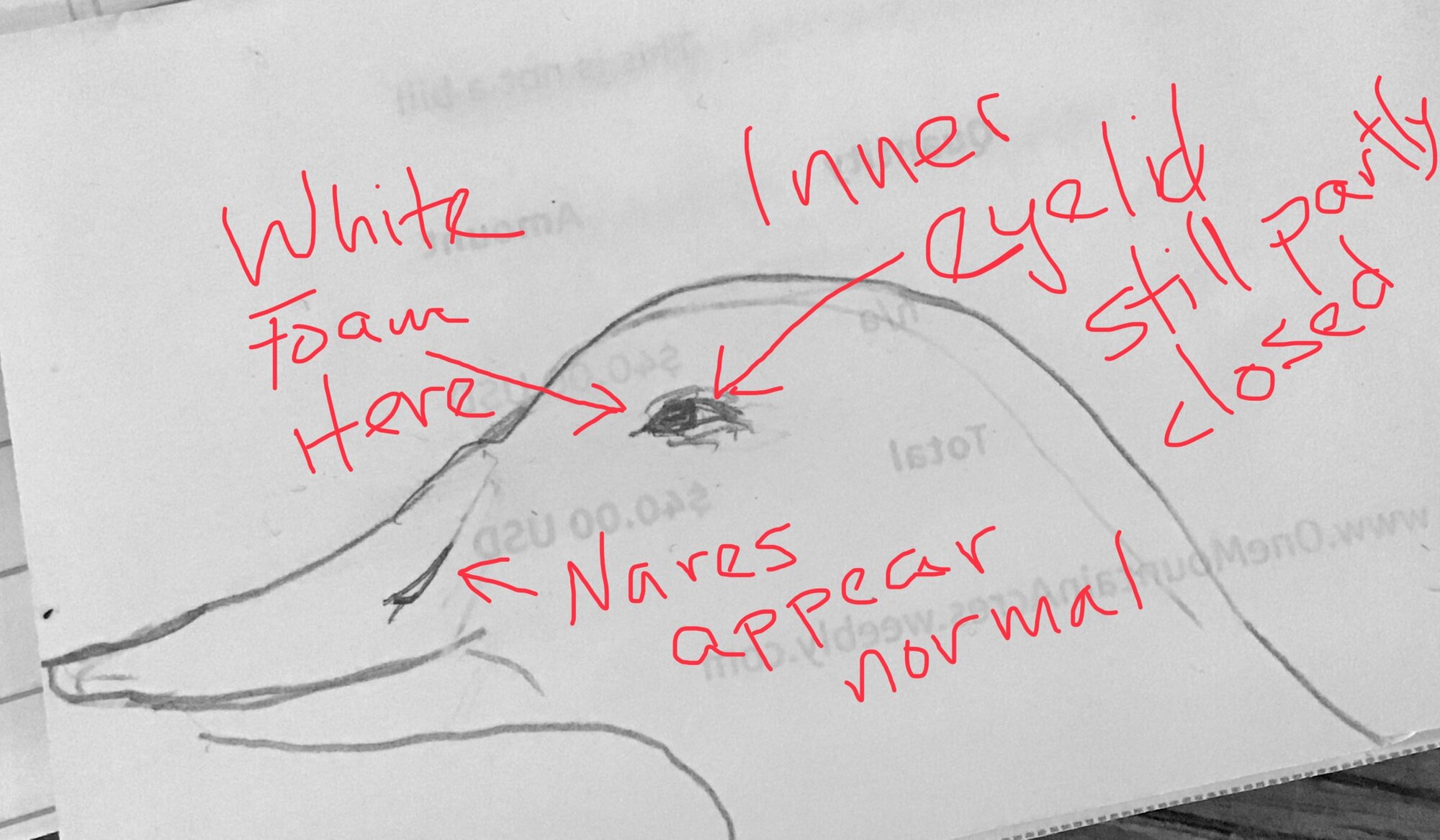 Thanks, @Miss Lydia . I’ve been working on my post (above) off and on for a while and only just saw your reply. Will make up some salt solution.

Did you try warm compresses? I just had my Dachshund to the vet thought she had an eye infection vet said allergies so I would think it could be. But I’d def get him inside if he can’t see to get around it makes him prime target for anything. Get some Terramycin eye ointment TSC usually has it or Veterycin eye wash.

White foam can be from not cleaning his eyes good, dunking his head. It’s called Foamy eye.

Wednesday at 8:16 AM
Miss Lydia