This story is about a kitty cat, and I share it in case it in any way helps another recognize symptoms in the furry souls in their life, in the hopes that a better outcome can be had. No response necessary. JJ

Fossey, my much loved furry kid for these past 12 years, on October 1st was put to rest. She was like no other cat I had ever encountered as she not only loved life  as an adult leaping into the air with joy like a kitten  but she also loved all other creatures she shared her world with. Whether a butterfly, a bird, squirrel or opossum, she was extremely gentle and playful. She never harmed another living being. Oh how she adored the chickens, quietly resting near them - they were completely at ease with her. When her brother Teddy was gravely ill last summer and sought quiet in the basement, Fossey sat by his side quietly and gently, until he was feeling better. He was comforted by her calm, steady and loyal presence.

Fossey loved a little ritual we had in the middle of the night sometimes. I would awaken and say a little something to her. She would respond, then I would, then she would respond more eagerly still, and then she would purr to beat the band, because she loved this special time that was just for us. Then after our little chat, she would roll over belly up wanting her tummy gently stroked. Id be half asleep but would try to accommodate. (the other cats were much more demanding of attention and so Foss, never pushy, in retrospect would not get as much of meI regret recently moving her off me when she laid on my chest when I was trying to sleep  she needed me more than I knew..)

Since Fossey loved all beings, she would want me to share her story, so that perhaps another with similar symptoms might be helped sooner. Several days ago I noticed Fosseys body shape seemed altered, with her sides expanding and contracting with breathing more than I remembered. I wasnt sure if I was imagining things since she otherwise acted normal (or so I thought) so watched it for a few days and compared what I saw to the other cats. Her body was expanding/contracting more than theirs. On Sunday, I brought her to the hospital to make sure she was okay. Sadly, an x-ray revealed she was full of fluid around her lungs; they drained 200cc. She then spent some 50 hours in hospital, terrified and sad, during all manner of diagnostic testing. The area around her lungs kept filling with fluid that they continually drained with needles (Im so sorry Fossey  I know it hurt badly). On Tuesday night test results concluded she had very serious progressive heart disease along with suspicion of a mass in her chest cavity. The vets all said it was a hopeless situation. Heartbreaking when a being you love spends their last days in terror in a strange place, as many of us know all too well from prior experiences. Once she was in hospital, I got the sense early on that her situation was not good but waited the agonizing (especially for her) 2 days for test results to confirm, all the while debating it - there was only a small chance she had something fixable (probably less than that, if the vets were more honest and put her first, but I hoped...) - and knowing she was not only sick, but scared to death to be there, dogs barking all around and strange people rushing about. I felt her fear. I know theres no way she slept during the time in hospital, and her health plummeted more. I visited every morning and night and she snuggled with me each time  resting her sweet head in my cupped hand - but I wish I had stayed with her around the clock during the worst time of her life. All the other stuff of life pulled at me (including tending to the chickens). Poor cats  all they know is that they feel bad enough as it is, and then we put them in a terribly stressful situation and through painful procedures  and they dont know why weve done this to them when they are least able to endure it.

In retrospect, I recalled that the food bowls hadnt been emptying as rapidly of late but with multiple cats, wasnt sure why or who was eating less  these are such crucial things to pay attention to! This meant she was feeling pretty bad sooner than I realized. She had always loved to eat. I had been dealing with a sick hen (Ellie) for weeks and my attention was not as focused on the kitties  blasted Murphys Law, always maddeningly alive and well. Thinking back, I also had to call her for awhile in recent mornings before she would surface for me, whereas before that she was always at the ready. I mistakenly thought it was because the weather had turned gorgeous and thought she was busy enjoying it.

After getting the results Tuesday night, I decided to bring Fossey home so that she could relax in a place she loved, with those she loved. She was so happy to be home, but so very tired. Fossey has never in all her life complained if not feeling well and still she wasnt complaining. She just endured. She and her brother Teddy greeted one another with a sweet touching of noses. Fossey slept on a fleece blanket that night and I visited with her periodically throughout the night. She went outside in the light of day Wednesday morning and walked the property, touching plants lightly with her nose, then curled up in the sun in the grass. She tried to eat since arriving home but was unable to, so I knew for sure at that point she was feeling too sick to go on. Her body was just going to keep filling with fluid  they put her on lasix to try to buy some time but it can affect the kidneys, making one feel very ill and unable to eat. Yesterday at 4 p.m. the vet came to the house so Fossey wouldnt have to go back to the hospital, and ended her journey while she lay in my arms. Murphys Law asserted itself again  the sedative needle really hurt - they said it wouldnt but it went in wrong I guess  before I could adequately comfort her and apologize she was asleep, and then came the drug to stop her heart.

Maybe at some point in our journeys with beings we love, Fosseys story will help another. Pure of heart, she would be glad for that. Thats why I share her story. No need to respond to me - - if her story imparts any helpful information, just carry it with you.

Rest in peace, sweet Fossey. I pray we meet again and that the time feels short while you wait, my warm embrace with you every moment. 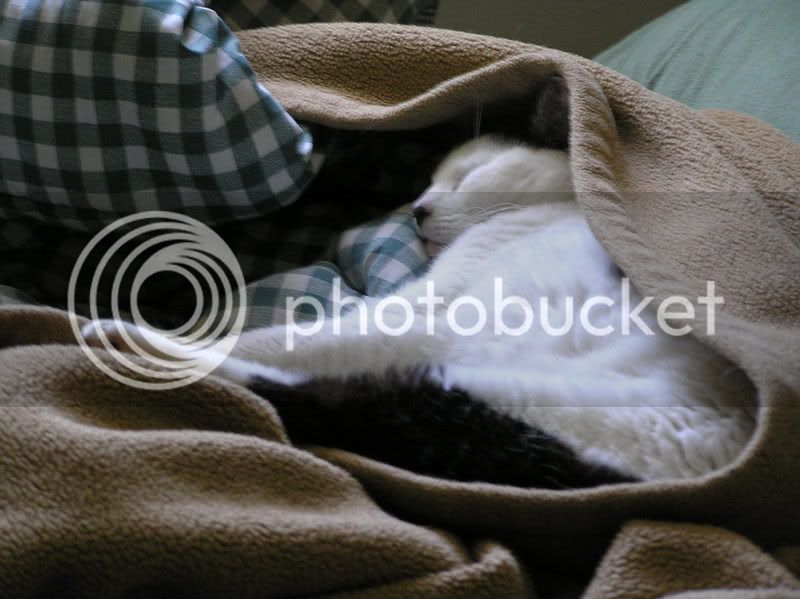 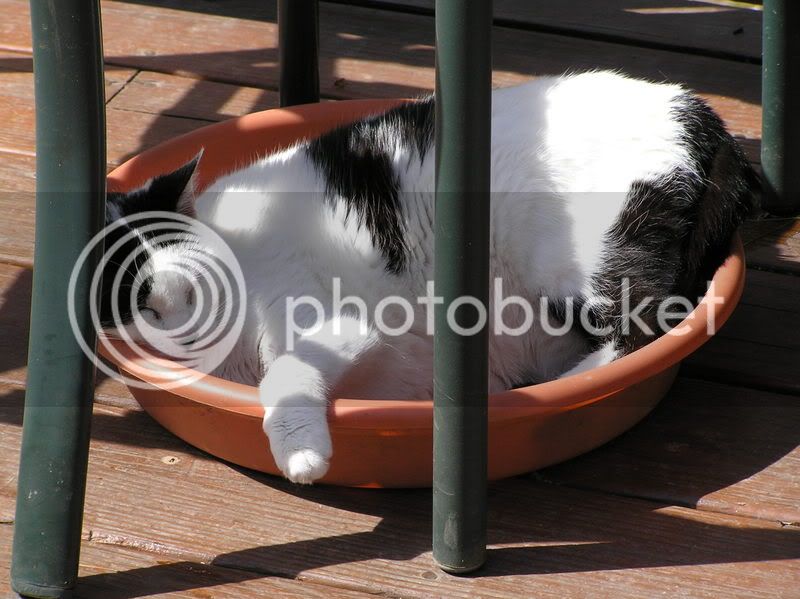 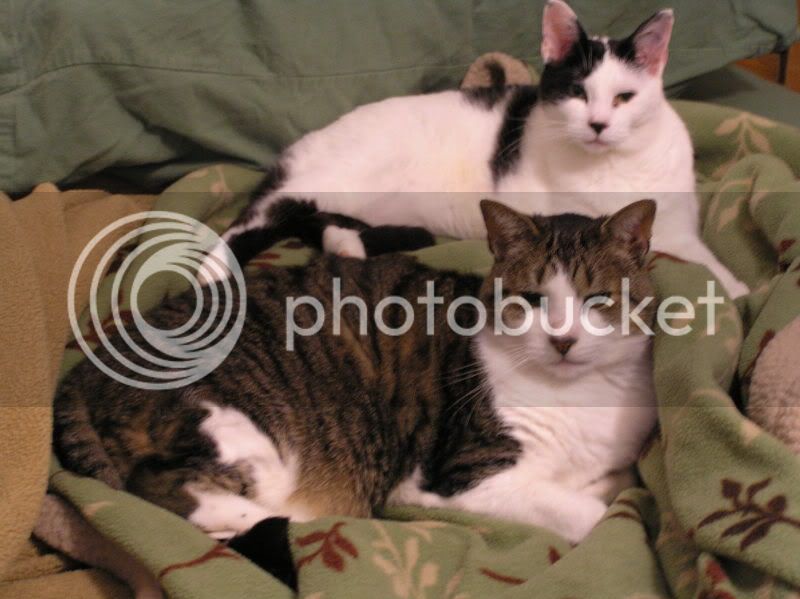 That was such a sweet story. I started to cry. Rest in peace Fossey.

so sorry for your loss i cried as i read it.

My thoughts are with you , we laid to rest a 14 yr. old family pet last week.
She had a wonderful life and it seems your kitty also had a really great one.!!

I knew when I seen the title not to open this...
I am so sorry for your loss

Sounds like Fossey had a wonderful life. May you find peace in knowing that you will one day meet again.

We surround ourselves with lives that are sometimes shorter than our own, knowing full well the implications, and the inevitable day when we have to say goodbye, knowing the pain and heartache that comes with that goodbye. Knowing this, accepting this... because the thought of our lives without the company of the animals we love is too awful to contemplate... Give your babies extra love today in honor of Fossey and Sparky.

Many thanks for your kind empathy.

I second the motion to give all your babies - furry, feathered, or otherwise - extra love today. One never knows when time will be up and the chance will be gone.........
JJ

I'm so sorry, Judy. I know how you love your animals and how much it hurts to lose them. RIP, Fossey.

Oh, I am so sorry for your loss, and thank you so much for taking the time from your grief to post this educational story.

F
Peahen wont get up

To clip or not to clip? That is the question!