Frizzled Silkie who knows what cross??

I have five younger chickens and think that two of them are roos but the others are still up in the air. Two are def silkie cross since they have extra toes but are also fizzles. I know silkies are hard to sex until they start crowing but maybe with the cross i can know a little sooner. My neighbors werent happy about my last 5 roosters all crowing at once so i will need to rehome them before they start. 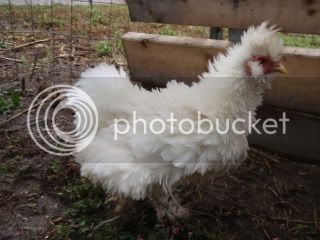 thats whitey number one. they should be at least 4 months old maybe more i didn't hatch them. this one also has muffs? 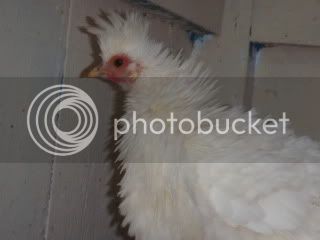 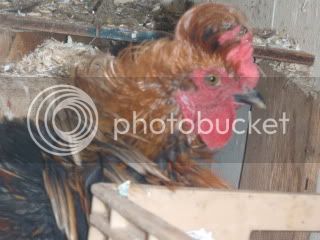 and i'm pretty sure that this handsome man is indeed a boy. 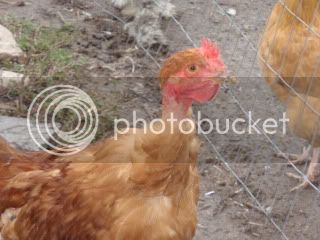 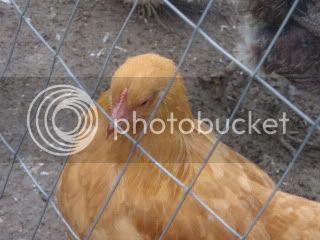 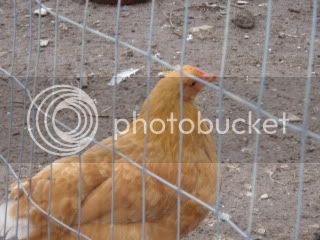 This one is the big toss up hatched out with the turken and is a BO cross. my last BO chick took a long time to mature and ended up being a rooster. what do you think? do they just mature slower than say a turken? 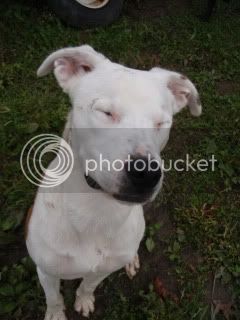 I am just guessing

THe last one is def a girl though at that age. I have three buff orps the same age and they are all pullets and look the same or maybe even a little redder in the face. Just reread your post. Mine are 5 months old, and I don't think you put that one's age.

What type of comb do the silkie crosses have? Their face and wattles look pretty red, so if it is a single or some sort comb I would think it should be bigger by now.

OMG! That white one looks just like the one im supposed to pick in the next couple weeks!
Last edited: Oct 11, 2009

IDK but i want your dog! Lock it up, i am sneaking over

No clue but #1 is the cutest chicken I have ever seen. #3 should be named Little Richard with that "hair-do"! Does anyone else see the resemblance?

The first 3 look like sizzles ( silkie x frizzle cochin) hence the single comb. I agree with Robbdebbie on the genders.

Any guesses on my Brahma/turken cross?