we tried to hatch some serama with no luck but our two control eggs did make it. They’re interesting. Father was lavender carrying partridge Cochin bantam. One mother was chamois polish, the other was a frizzle god knows what. I think there might be a touch of lavender in the polish and the markings coming on the orange bird are really pretty.

They’re not really interested in treats but they love to snuggle and generally get attention. They’ve never used their brooder but prefer getting under an old teddy we’ve put in with them. 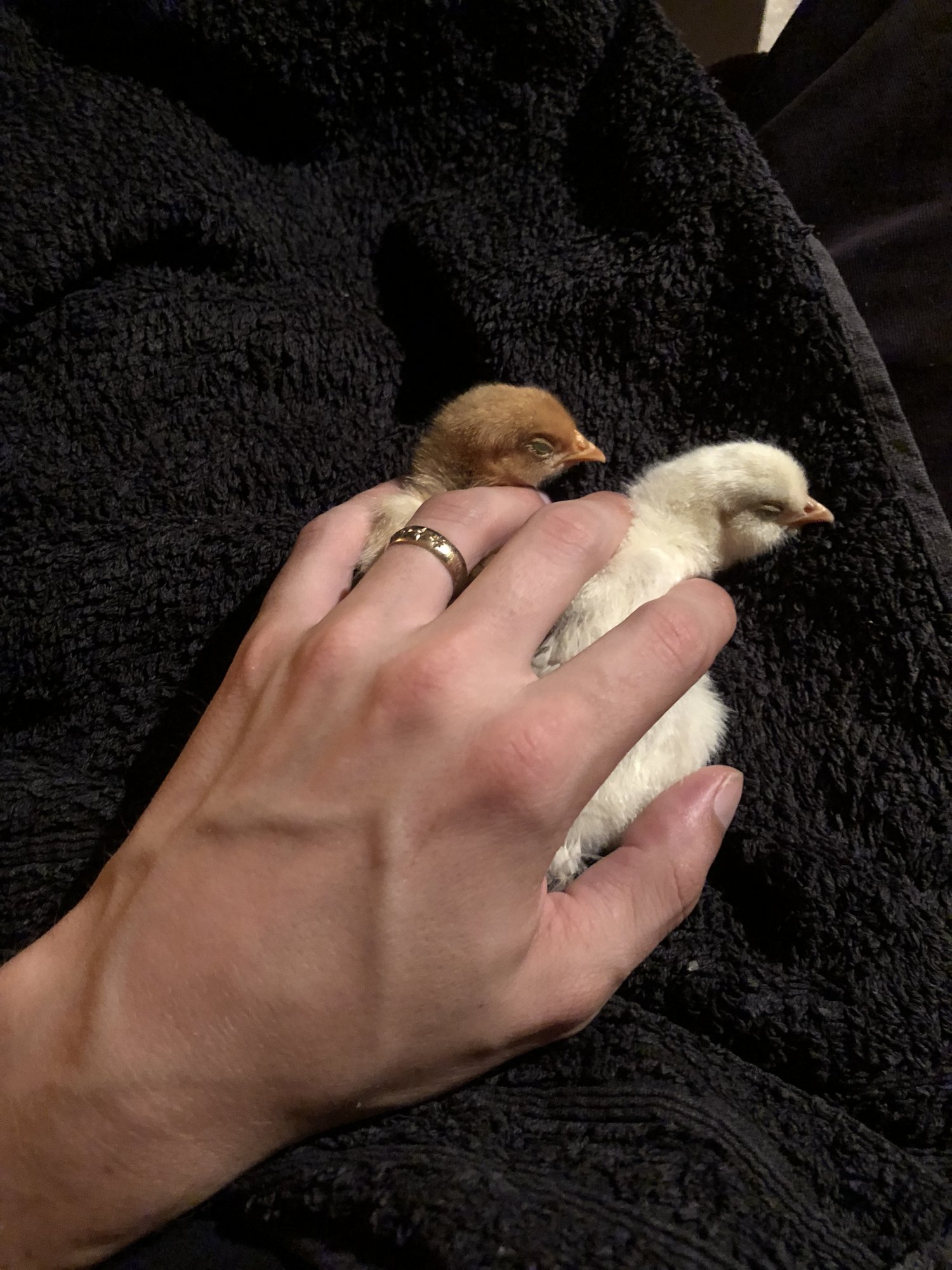 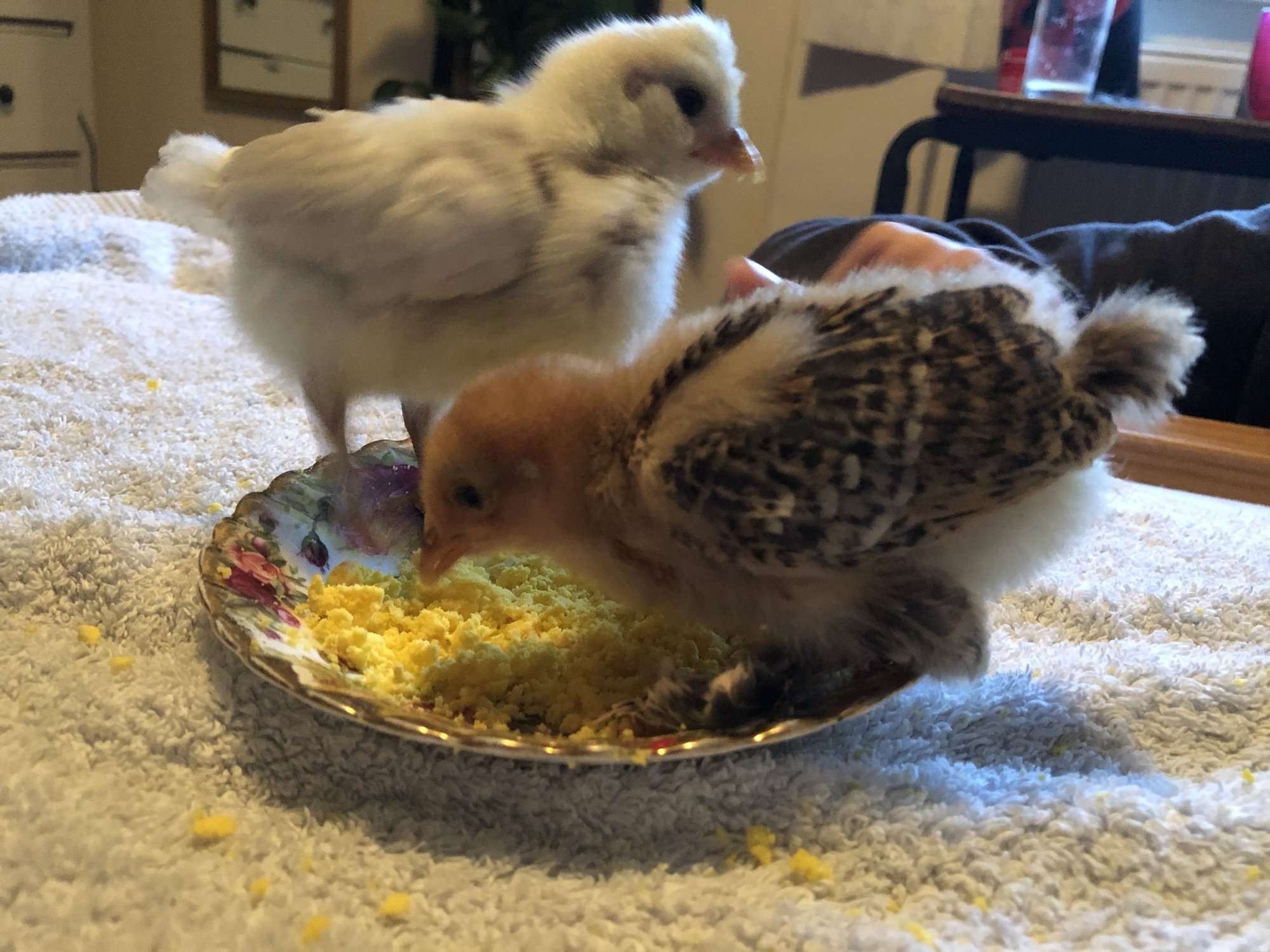 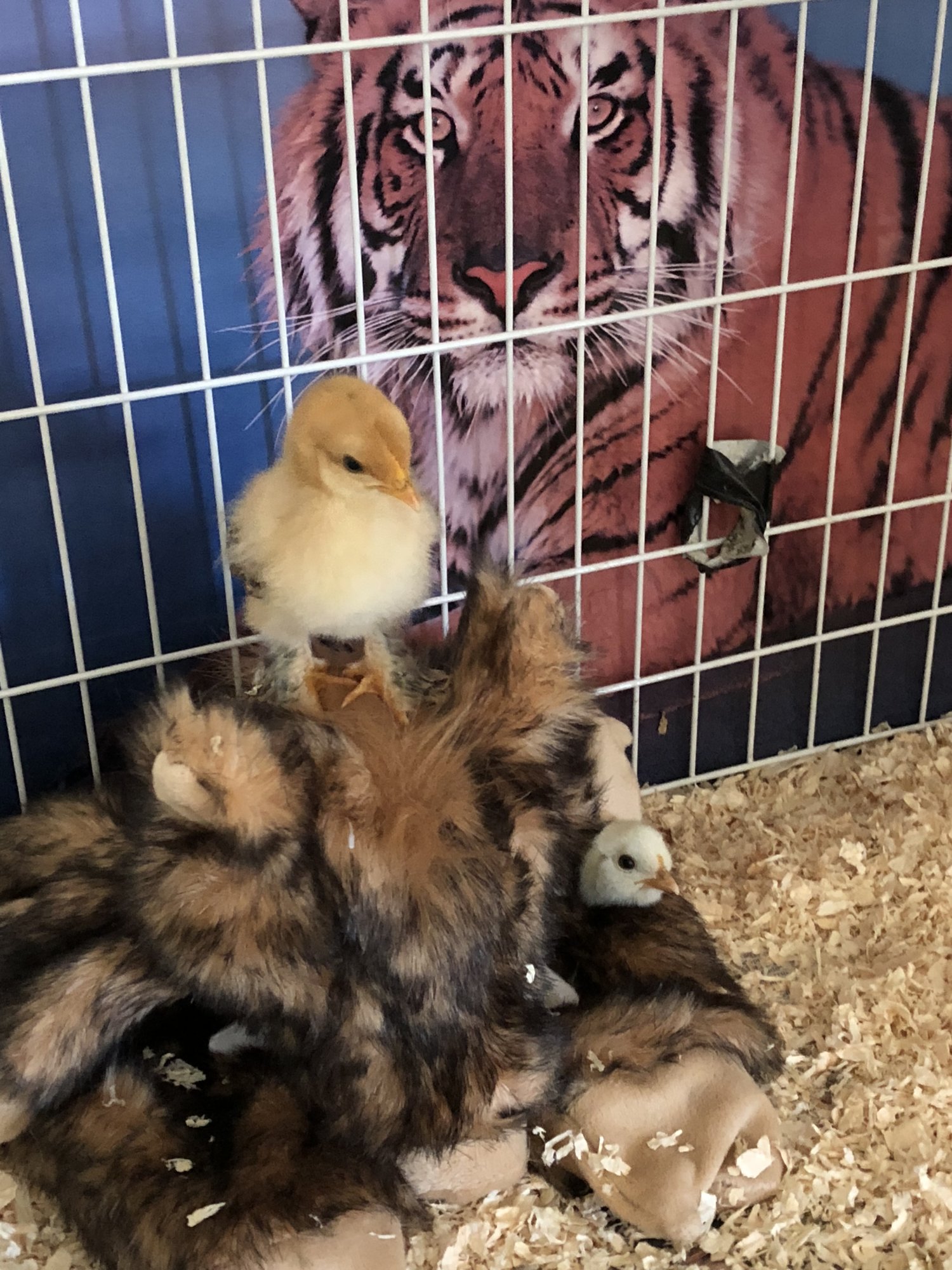 Your last picture I had to study. It looked like a cheerleader Pyramid with the chick ontop of other chicks

heading to get coffee in my system now