Got two muscovy ducklings from AGWAY on May 30th So they are about three months old.
I was starting to think they are both female but have noticed strange behavior. Last week while in the pool with the khaki campbell the muscovy looked to be trying to breed... grabbing the back of the khaki's neck and trying to climb on top as they swam.
A couple of days ago my runner duck was trying to breed with my barred rock hen. The muscovy help hold the hen down for the drake but did not try to mount the old hen after the runner.

With the pool incident. Have not noticed any aggression before or since but maybe the muscovy was fighting? The runner drake is a month older and has turned horn dog and the khaki is one of his favorites.... she was also a favorite of my two araucana roo's.

I have since gotten 6 more muscovy. 5 of them are 9 weeks old and 1 is six month old male.
In the video you can see one of the younger brown muscovy by the pool.
The little red duck in the background.... I'm sure that is a hen 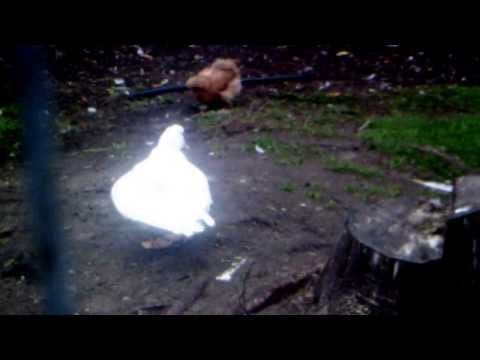 All three ducks look female to me, she was probably just being bossy. I do think you should seperate your chickens tho if your ducks rape them

I separated the two araucana roo's and then later gifted them to a new home. The Indian runner drake is gone too.
I believe the only male is a black muscovy. I gave all but one female indian runner away. The one in the video. So one male, seven female muscovy and one Indian runner female.

Odd how the boys in the flock pick the hoties. They were all really enamored by that khaki campbell but never bothered the other girls.
Will the male muscovy be a problem for the indian runner? The chickens are going into a separate coop once they mature, or if problems arise.
Have read it is possible to breed indian runners with muscovy but most cases are male runners and female muscovies.

Runners and Muscovy can breed but I see it as a bit pointless as the end result is sterile. Your male should become interested in the other females as they mature

Have read the mules are sterile and as a meat bird or pet that would be fine.

The size difference... that makes me wonder. The runner is much smaller. Muscovy-Pekin mules are said to be excellent for meat. What would you get weight wise with a muscovy-runner mule? Male muscovy - female runner.
If the father is male the father and the mother is mallard derived that produces 'mute', mule, heavier birds. Reveres sex and you get egg layers... That is what I have read. Lots of info on muscovy-pekin mules but not much on runners. Was wondering if anyone had experience or information on the subject.
Was unfortunately unable to obtain any pekin ducks. The birds I ordered ended up being indian runners. Trying to utilize what I have at hand and wonder what if anything will hatch come spring. Runners do not seem worth the time/feed for meat, egg production and amusement are their foray it seems.

The birds all seem to get along fine so far. Hormones may change that soon enough. Do have a second coop and run ready for when that happens.

Runner ducks are supposed to be excellent layers

enola said:
Runner ducks are supposed to be excellent layers
Click to expand...

Indeed they are from what I have read. One or two barred rock hens produce more than enough eggs for me and my son. Have not had to buy eggs from the store in over three years. I kept one indian runner because she was the quiet, friendly and egg production would be more consistent compared to muscovy in upstate new yorks shorter season.

The birds I keep through the winter will be production pets. Is that the right word for it? Like the Barred rocks I do not plan to butcher any.... They will live out their natural lives. Their eggs and offspring are to be gifted, eaten or incubated. There are exceptions of course when a animal displays unique characteristics of cuteness, beauty or affection.

Would rather not have to buy chicks every year but rather hatch, raise and cull. Egg over production is gifted or fed back to the birds. If a muscovy-runner mule is at least as heavy as a female muscovy it may be worth it. That is what I am wondering. How large/heavy do the mules get?


Shikoba70 said:
All three ducks look female to me, she was probably just being bossy. I do think you should separate your chickens tho if your ducks rape them
Click to expand...

The chickens were raping the duck. Rape as in it was more violent than need be and it injured the duck. She limped for a week. If the mating process is violent enough to cause injury it's rape.

When the drake 'raped' the chicken it wasn't violent. He grabbed one of her neck feathers and tried to hop on but his little legs were to short. The barred rock hen is almost 4 year old... she just tried to walk away. The muscovy came over and grabbed another feather and the chicken squatted allowing the indian runner drake to mount. After the runner did his 'victory dance' and the muscovy seemed to cheer on. You know that silent head bobbing with the mouth opening. The hen fluffed up and went back to eating. 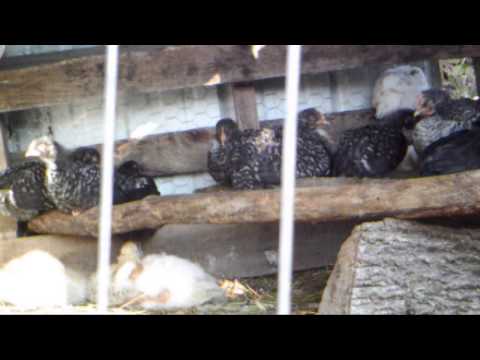