I have a Sapphire Blue hen almost a year old, who recently went through an episode - I found her in the coop kinda closing her eyes standing still, just not moving around and pecking much. That night she didn't get up on the roost with the rest. I brought her inside and inspected her.. it seemed like she had sour crop but it would be a first for me so I'm not really sure.. her crop was squishy and warm in the morning so I did some of the online suggestions but never made her throw up, withheld food for a day, gave her acv, probiotics, greek plain yogurt, watered down food etc. and after after a few days she seemed fine. She had some runny poo in the beginning, but in the end of her isolation poo seemed pretty normal albeit not a lot as she didn't seem to be eating a normal amount. She's been in the coop almost a week since that happened, and her activity level seems pretty normal like the rest of the hens (perches, pecks around) but today I noticed she has runny gold colored foamy poo. About a month prior to finding her not feeling good, I'd noticed that for weeks someone had this runny gold colored poo but I could never figure out which hen. Back then I did a 5 day treatment of Corid in the water and it seemed to clear up after that, but then it came back about a week or two later. Could this one hen still have Cocci? is it a sour crop problem or something else? I thought Cocci mainly effected younger hens... I've also had 3 or 4 slightly wrinkled eggs which I'd never had before and one rubber egg in the last month or so.

Has she or any others been sneezing recently? Wrinkled egg shells can be see after exposure to infectious bronchitis virus. But she might be experiencing other reproductive issues with the soft shells and wrinkling. Do you have any pictures of her poops? Are all of them like that? If coccidiosis is suspected it is safe to go ahead and treat for it. Worming her with Valbazen or SafeGuard Liquid Goat Wormer would be something to consider as well. Sour crop causes a bad or sour odor from the beak when you press on the crop to check it in early morning to see if it has emptied. It feels puffy as well. If there is no odor, it could be early. Do you have a vet who could see her or do a fecal float for parasites and coccidiosis on some fresh droppings?
B 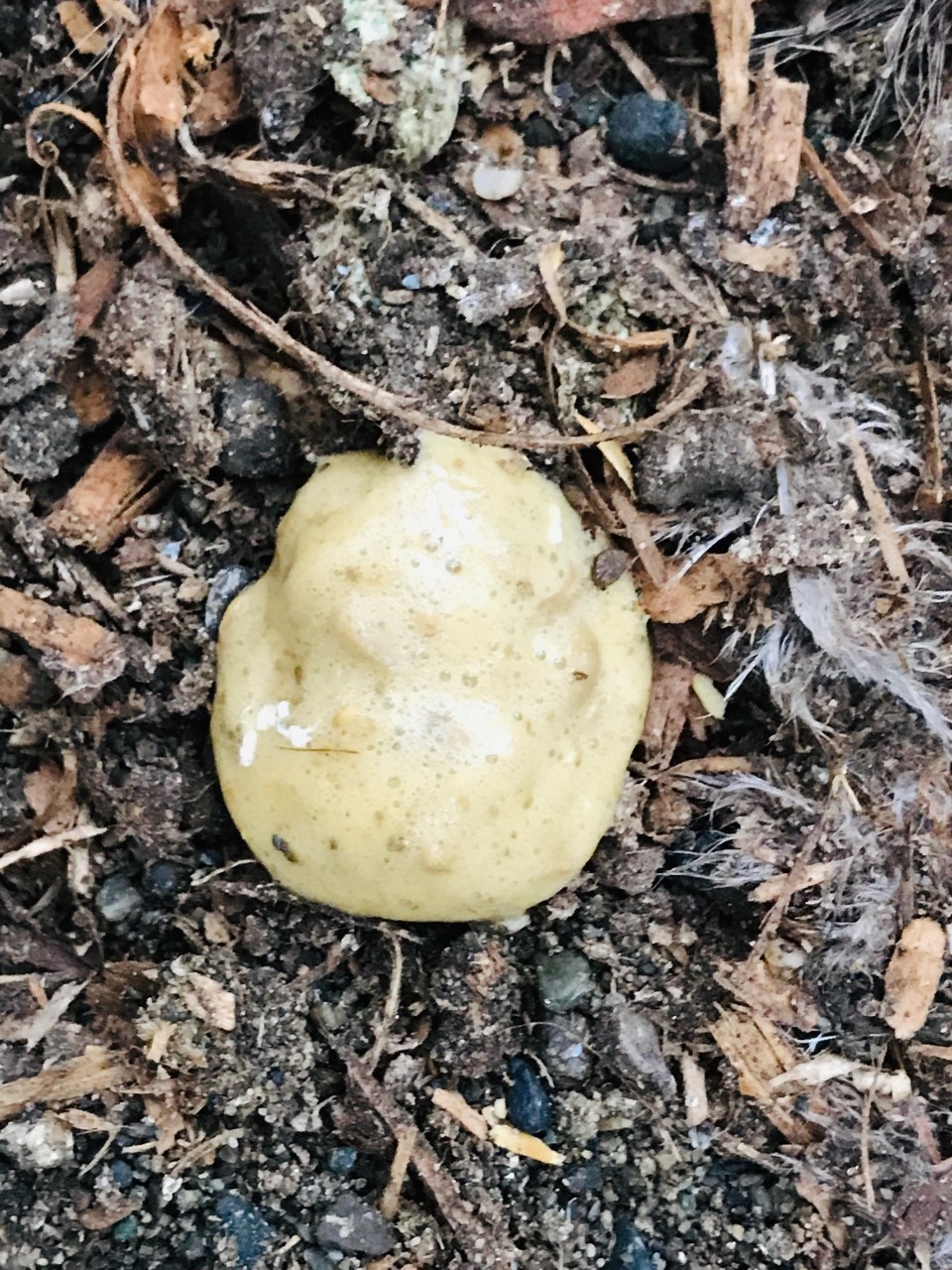 Here is a photo, a little bigger than I wanted! This ones a bit better formed, more often it's more spread out and runny. I thought about Infectious Bronchitis too, but other than a sneeze every now and again, none of the hens are repeatedly sneezing out of the ordinary. No fluid from eyes or nares.. when I suspected sour crop, I never did smell anything sour from her beak. I'll look into a wormer for good measure, but maybe I'll try another round of Corid first. I know some might say the above just looks like a normal Cecal type poo, but up until a month ago I wasn't really seeing much like this. Maybe it is a reproductive issue?.. wish there was a way to know more definitely with a home diagnosis! We don't have a good local vet for chickens, but I'll call around and see if anyone does the fecal float at the minimum.

It is hard to know what is going on for sure without consulting a vet or doing a necropsy on one who dies. I like to do them on all of my hens that I lose. You can see if there is salpingitis, cancer, ascites, fatty liver disease, or various blockages.

B
Sour crop or blockage ?

Help my chicken lost almost all her feathers in just about 4 days!!
2