Got doors? Make a brooder.

While I tried to sleep last night, I ran through a mental shopping list of any scrap laying around that would make a decent brooder. I finally decided on some luan closet doors that were just taking up space in a storage shed.

I tacked four of them together into a square and added another on top to provide a solid top and a bit of "cover" for the chicks. I built a simple 2x2 frame and stapled chicken wire to it for the rest of the top. The wire portion lifts like a trunk lid to access the brooder.

I'm happy with it considering I had 90% of the stuff laying around. 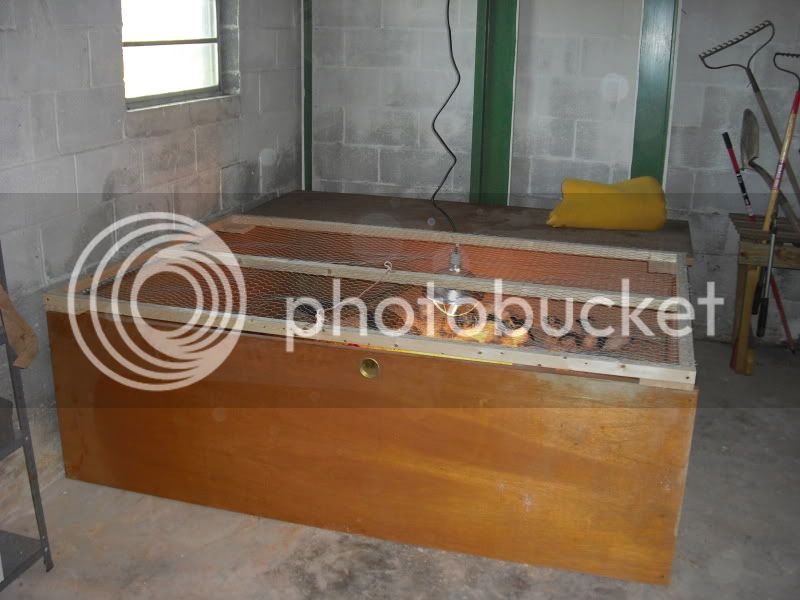 What a great idea!!! I have three doors I was going to get rid of- we are slowly changing ours over to white- but I think I will just hang on to them for a while!!!! The next phase is only a few months away!!

Oooooh, I want one. What a great idea.
Nancy

That is so cool!

someone had their wheaties today, very super cool.

Thanks for sharing - I know what my next brooder is going to be made of!

Good idea. My rabbit cage idea of using for the chicks are NOT working! They get throught the tiny gap between the bars! I have one that gets out all the time and looks for me. he/She loves to be held!

J
Making loft in brooder idea. Is it safe?
2

Need bigger brooder, ideas for making a lid for this?