Got some cuties hatching in the bator *pics later on today*!

So far that's fully hatched (that i can see)

Is a dark tuxedo (probably a red tibetan) the markings are gorgeous! I'm so excited!

And a golden, got a TON more eggs due today to go. None are reds sadly those won't be hatching for a few more days still *pouts* LOL!

ton more hatched a few A & Ms, 2 tuxedos (one looks odd...in color.... almost like what Ak mama was talking about like a brown tuxedo....) im waiting until it dries out more before i say that for sure though.... hum!!! And some browns ( i think i saw some browns lol) annnd tibetans orange it looks like

Would love to see pictures of your chickies, hope more hatch for you.

Quote:
soon soon im anxious to take pictures of them myself as well as show them off

Heres the first picture for now : 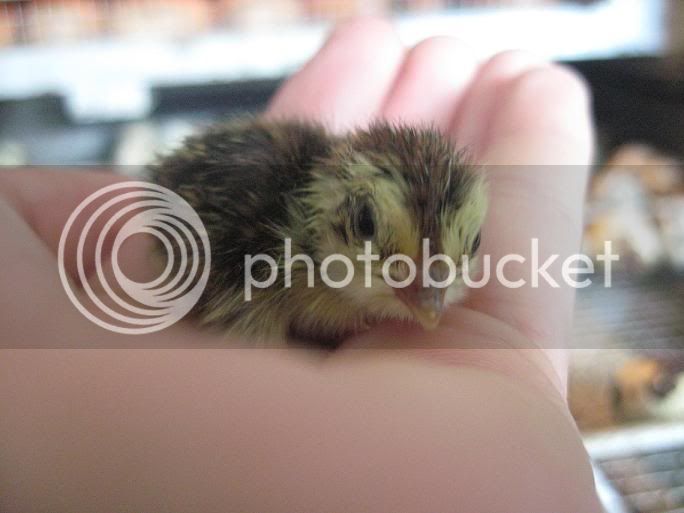 Okay heres more pictures, still have other chicks to hatch probably will tonight or early tomorrow. 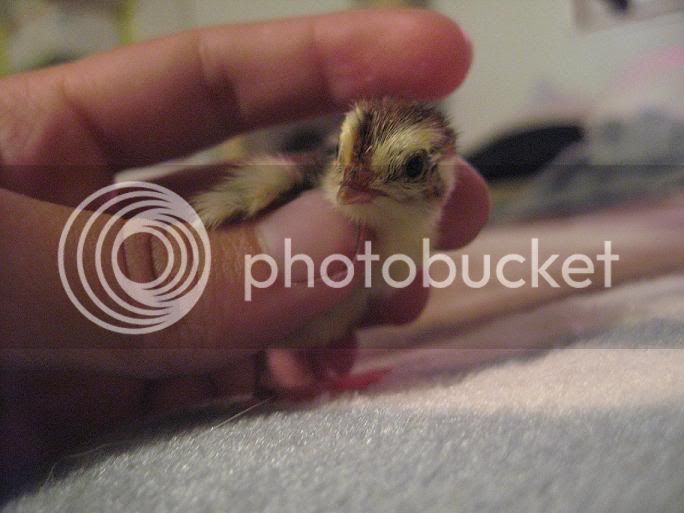 This is the other tuxedo chick that I thought was a brown tux, but it's nothing more than a normal tibetan (you could consider it different from an orange tibetan but the colors are pretty much the same the chick pattern is just different, and the adult feathering pattern is a lil different too): 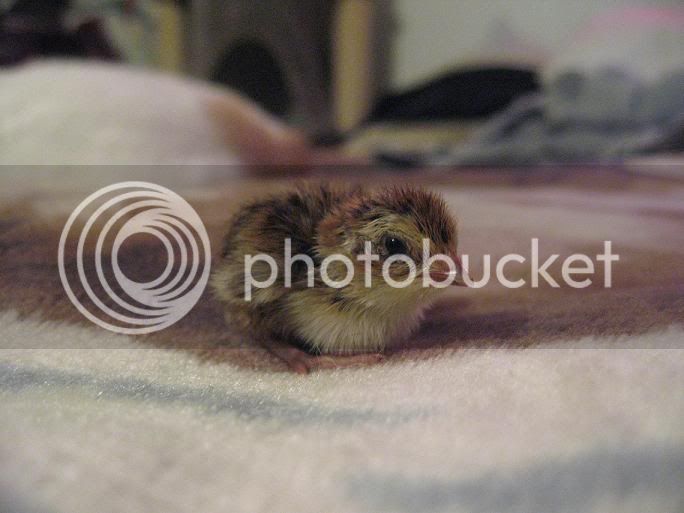 Heres both together (you can see the orange tibetan is darker and the pattern different from teh normal tibetan tuxedo): 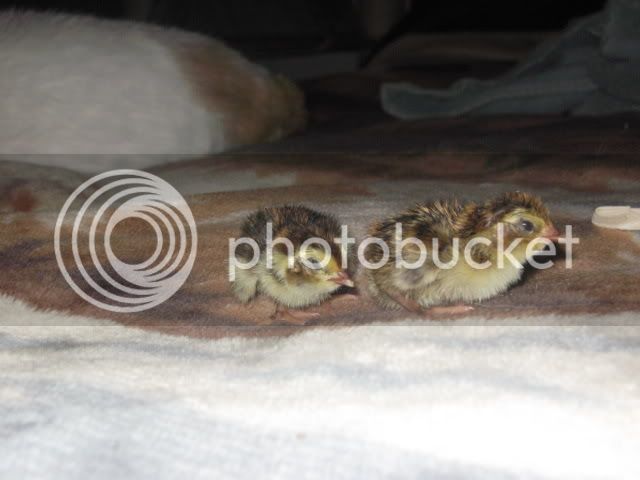 Heres all the fluffed out ones together: 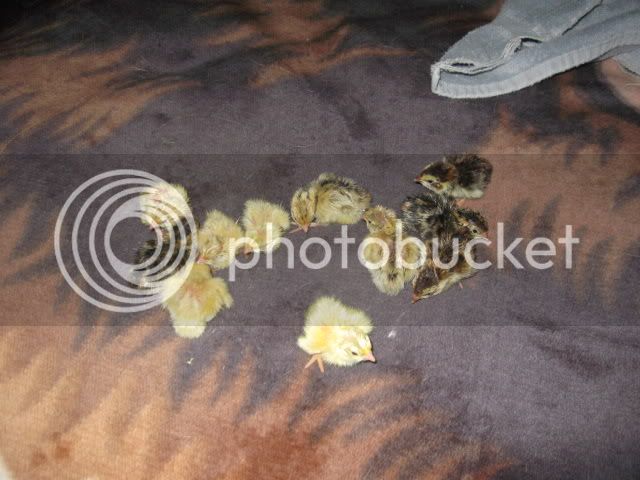 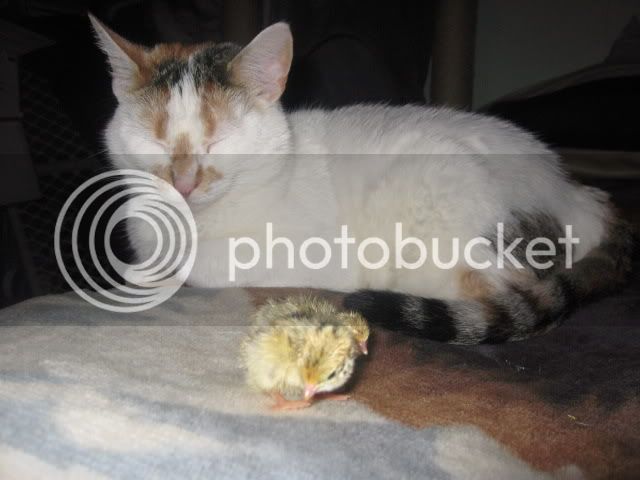 My other two cats would eat them if alone with them...but when im around they know they'll get a nose flick of they even come close lol.

so excited to hatch again!

Pics of the chicks and some color questions