I've been a lurker for a while now and learned quite a lot. I picked up 6 Speckled Sussex hens several months ago and they've been doing quite well up until recently. Approximately 3 weeks ago, they all stopped laying eggs. I'm assuming this is due to molting, as there are feathers everywhere inside the barn, their coop, and outside. However, they do not have any obvious bald patches. I wouldn't think it was diet related since I'm providing layer feed, oyster shells, and fresh produce from the garden every morning when I let them out (usually a couple fresh tomatoes).

Now to my real question.. When I go to shut the barn up each night, the chickens are usually already in their coop, on the floor, all nestled together on top of each other. One night ago, when I went to close up, there was a chicken still outside, laying on the ground asleep. I woke her up and she made her way into the barn/coop. Tonight, much to my surprise, she had gotten out of the fenced area and was on the opposite side of the barn. The rest of the chickens were in the coop as usual. I took her inside the barn and proceeded to close the other side. She would not go in the coop/stall. She kept trying to go back out the side of the barn and no matter how hard I tried to convince her to get in there, she wasn't having it. She pushed against me and persistently kept trying to get past me. I finally managed to get her in the stall/coop and I closed it. I went to investigate the fencing and couldn't find any obvious spots where she could have gotten through. When I returned in the barn, I looked in the stall/coop, and she was laying by herself on the opposite side from the rest of the flock. This worried me, so I went in and examined her and she didn't appear to have any injuries, but she also didn't seem to mind me touching her and petting her, which they usually do. They'll tolerate a little petting here and there but they usually move and hop away. She didn't. At this point, I'm hoping that she's gone broody and nothing serious is wrong. I tried googling this but I didn't really get any helpful results, and that's why I'm here introducing myself

Does this sound like broodiness or a pecking order dispute?


Many thanks in advance

check her more closely in the light of day.

She's probably at the bottom of the pecking order.

oh and LEST I FORGET!

from WA. glad you joined us

from Ohio. So glad you joined. Do you have roosts in the stall for them to get on? 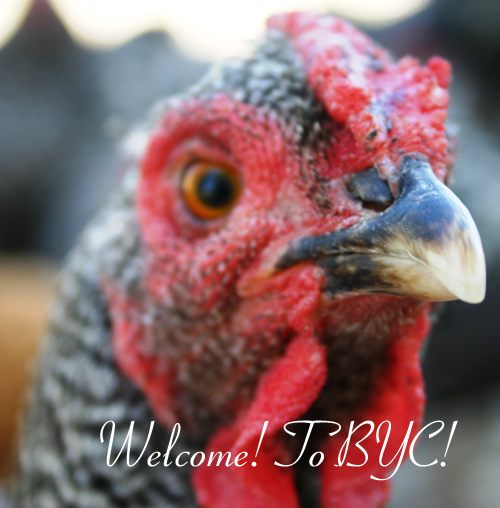