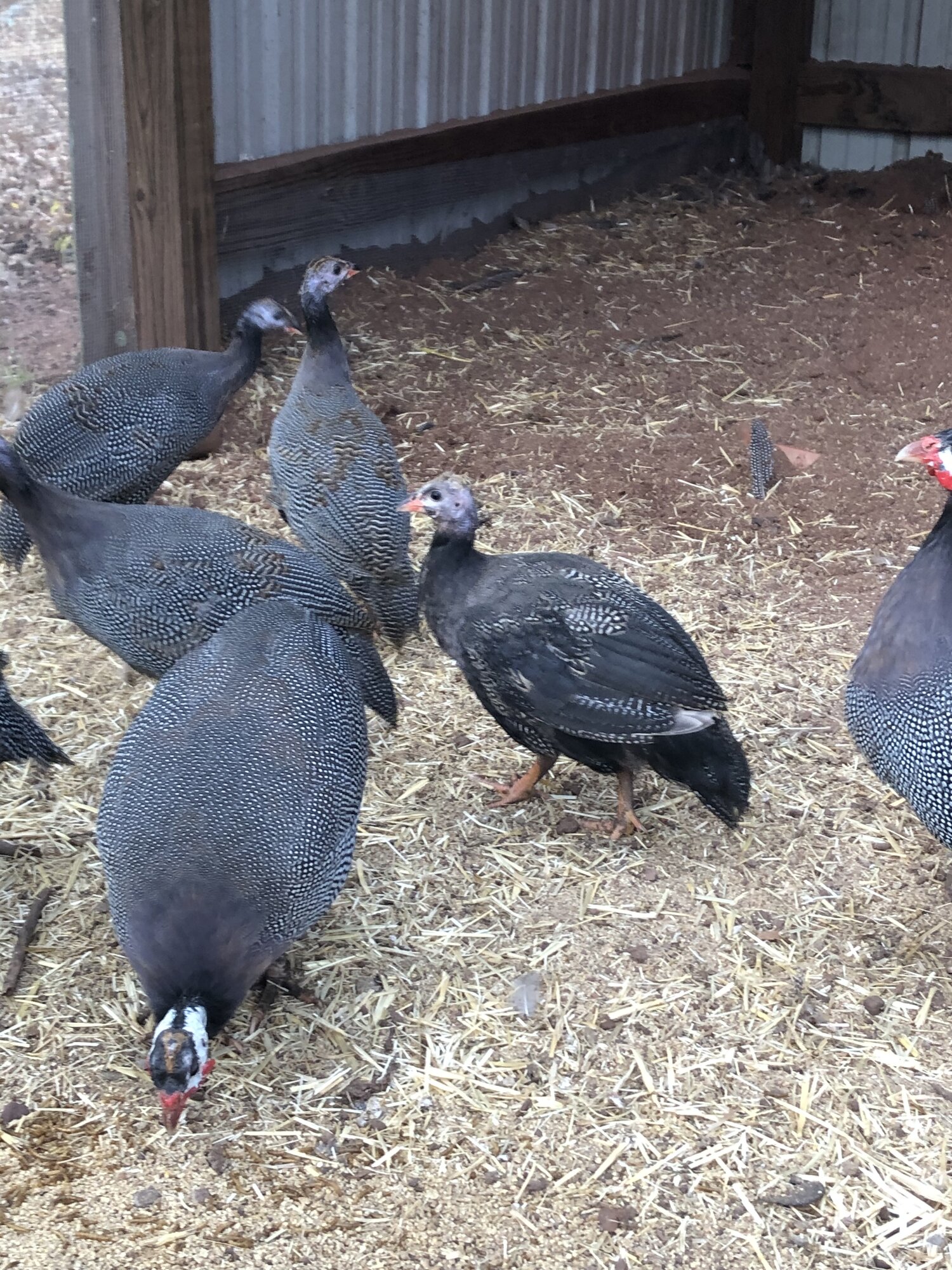 I have pearled guineas and all of them look just alike. We let them hatch some babies and I have one that has always looked a little different and now that they’re fully feathered I swear he looks like he’s half turkey. The wild turkeys did hang around A LOT while my girls were laying and there were only two females and male left in my flock so not really a big group to run the turkeys off. Everything I’ve seen and read says it’s possible but super rare. Anyone ever seen a feather pattern like this one?? 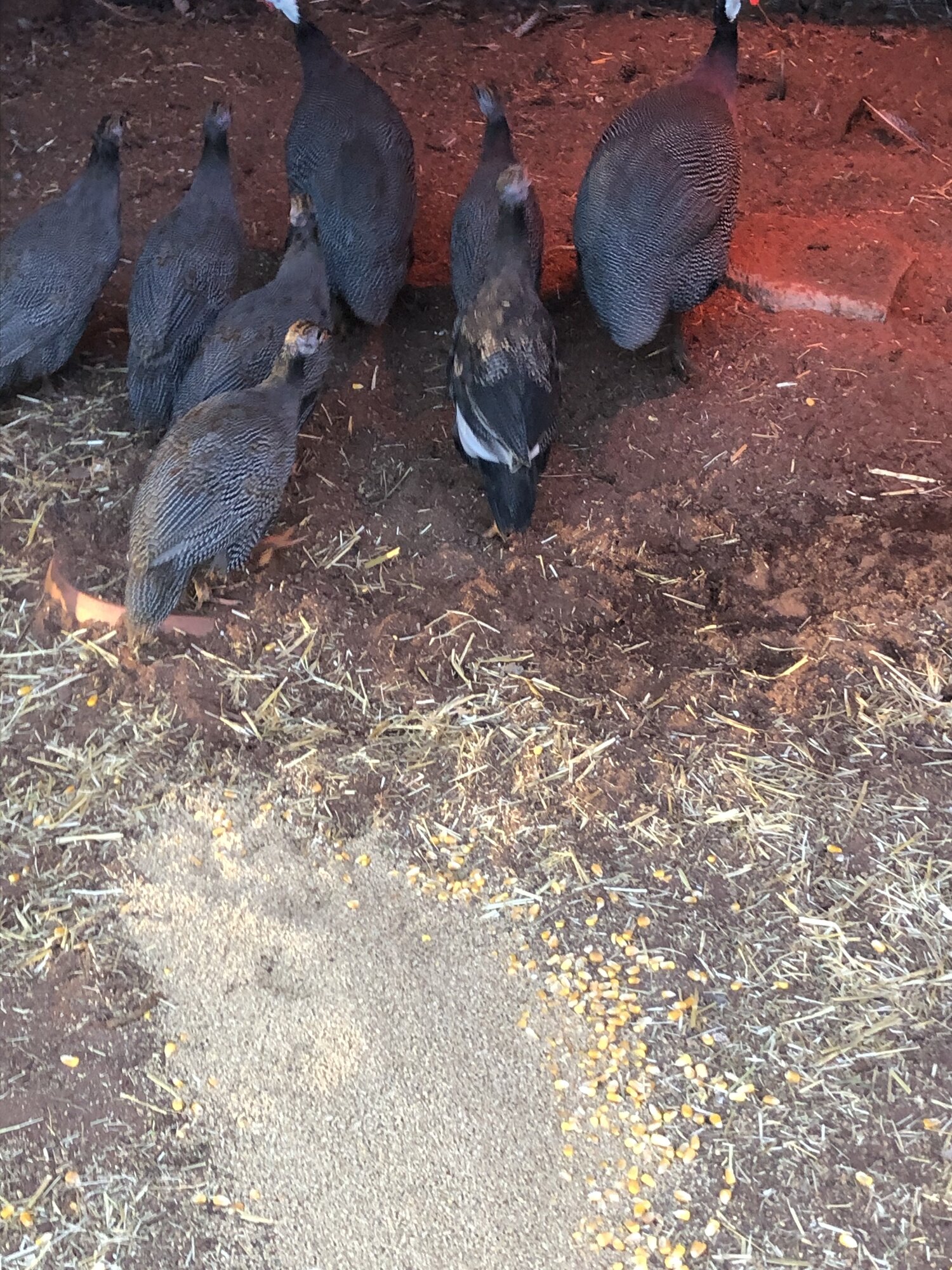 I don't know about it being half turkey....

But I will say I've never seen that feather pattern on a Guinea before. Can you try to get some more pictures of it?

I don't see any turkey characteristics on that bird. Could there be recessive genes in your flock?

If they are hatchery stock there is a good chance they have other genetic coloring in them. Agreed prob not turkey in him.
G 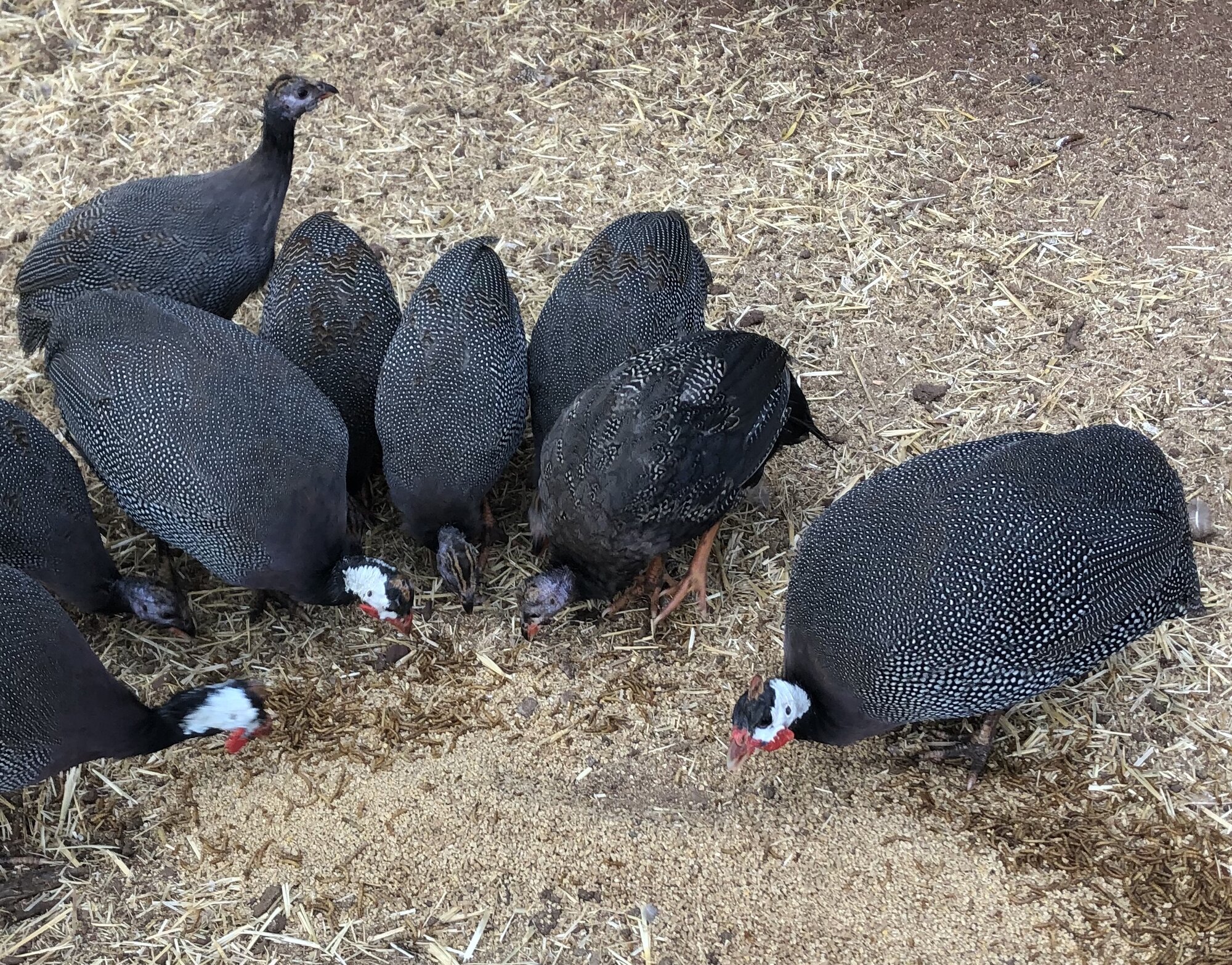 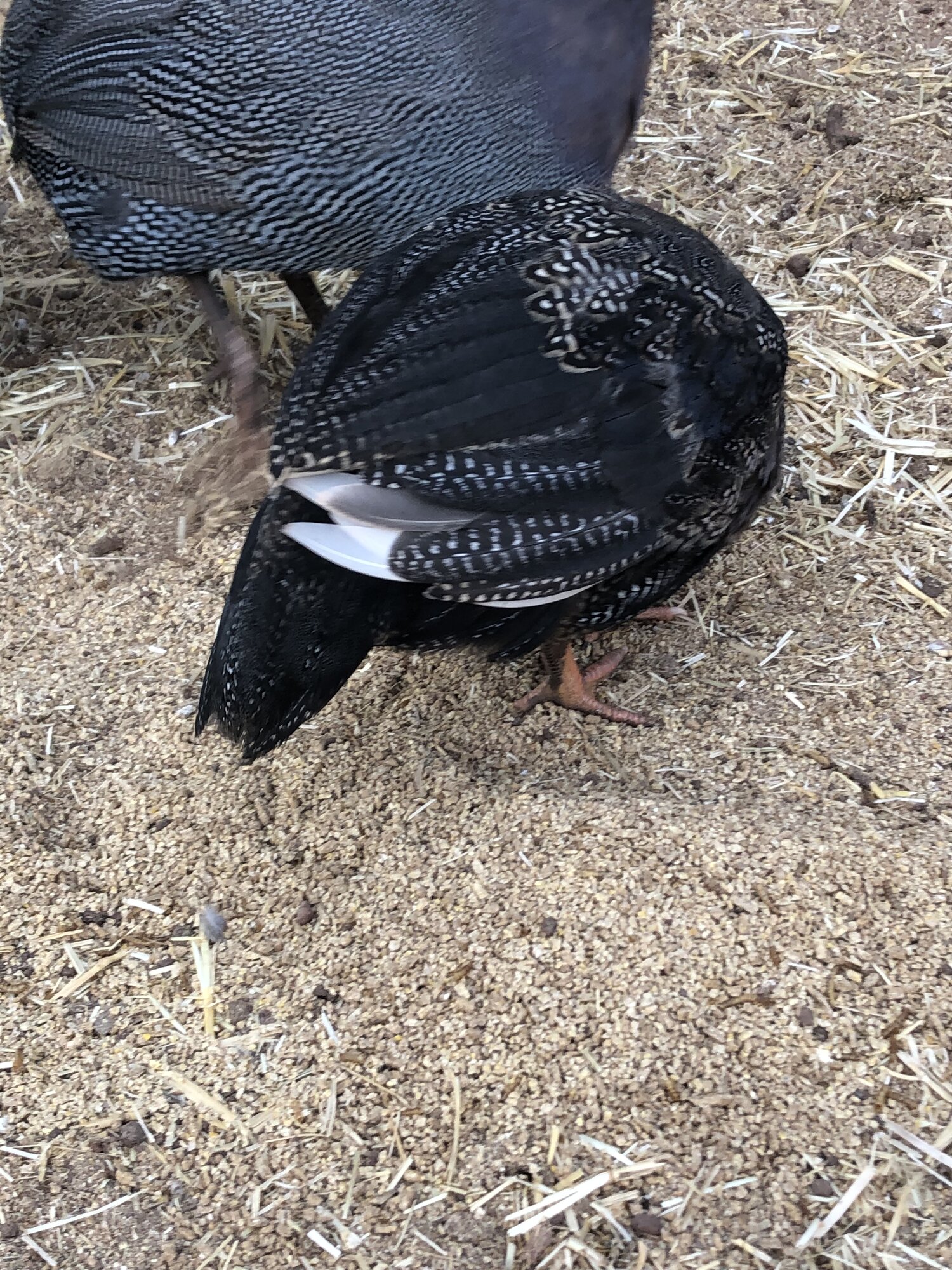 The three parents were bought as a gift for me at a local chicken auction.

Just a Royal Purple guinea with a couple of white wing feathers.

Beautiful bird. Agreeing, royal purple. I have a pearled gray that has a single white wing feather, & she's most definitely all guinea.

If you look at your grays, some have deeper purple neck feathers, too. He's just showing his individualism despite genetics.

https://guineas.com/articles/genetics
" the less pearling apparent on a bird, the darker its background colour will be. So, the Royal Purple is the semi-pearled version of the pearl grey, and appears a little darker than it; and the violet is the non-pearled version of the pearl grey, and is darker again."
"it used to be thought that with peafowl, one white gene (T) led to a pied bird, whilst two (TT) gave a white bird. However, it is now apparent that you need both a pied and a white gene (PT) to get a pied peafowl, or two whites (TT) for a white bird. Peafowl with two pied genes (PP) are known as "dark pieds" and signal this effect by appearing to be a "normal" non-pied bird but with a few white flight feathers; birds with just one white gene (T) again look like a normal bird with white flight feathers (usually fewer in number than in the dark pied)."