I would like to start a thread for discussing Havanese dogs. Anyone heard of them? Mine is six years old; his name is Biscuit. These are a rare Cuban breed. Not many people know of them. I do have experience with dogs, and they are the best all-around, IMO.

Some history- Havanese are from the Bichon group of dogs. I consider them to be like Icelandic chickens, they come in so many different sizes are colors. Always, though, they are on the smaller-medium side. Queen Victoria had two and Charles Dickens had one named Tim. Barbara Walter has one named "Cha-Cha". They were circus dogs way back when, and are very easy to train. They were used as chicken herders in Cuba! What could be better?

They don't shed. They have hair, not fur. It can grow very long but grows at a fairly slow rate so easy to keep in a puppy cut, which I prefer. Don't need to be groomed very often. They are not aggressive or yappy like many other small dogs. Very sweet, family friendly and get along with other dogs great.

Great with small kids, too! Love to play tug and fetch, but if you don't want to, they won't make you. They couldn't protect against crime, but bark when things come into the yard. Great with the chickens, too.

Plus, they're cute! YES, very cute. Not usually found in pounds/humane societies since they're rare, mainly just breeders. Really a great dog all-around. They LOVE to be around humans. Mine has escaped around the nieghborhood several times without me even knowing, and he always comes right back home!

Did I mention that mine has NEVER brought an animal of any sort into the house? He grew out of squirrel chasing as a puppy. I think that Havanese are like Delawares- Everyone should have one.

Here is our Biscuit. Sorry, small picture. He needed a haircut here, as we prefer a puppy cut.

I've got a white Havanese fe. I'm leaving work for now (so I'm going off line.) but I will say she is very different.

She has the keenest hearing of any dog ever. I swear she can hear when just one hair of any of my outside cats touch the door. She barks and barks.

Makes me nuts. Oh well. She does not live up to the good things in the breed description and yet she has her moments too.
Together she and I try to get along.

Oh and that herding chickens,I didn't know about that. Must be why if anyone comes in my house she nips their heels. You know I don't like a heel nipper and she is my first but really it's too funny.

My son is over 6' and here a dog that may weigh 7 lbs. is working him. I know it is wrong but it is funny too.

Quote:
That's odd. Maybe it's your dog's small size... Smaller the size the bigger the ego. Mine weighs 20 pounds.

Biscuit just jumped up into my lap.

I have known and trained several Havs in my area. They are cute.

My aunt has two havanese and one of my two "cavachons" looks kind of like a havanese. 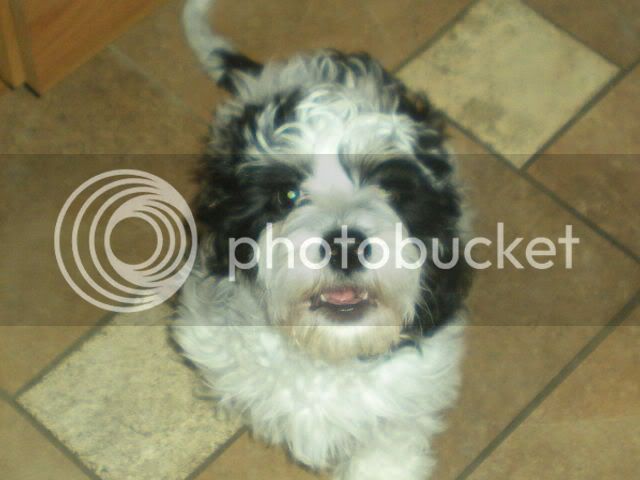 Yes my Roxie the Havanese is different. I don't think all is her fault about how she is. I think that probably my home is not the best match for her.

She has gotten better though. At least she dosen't dive bomb my Shih Tzu Sachi anymore. That was very bad. I'm just sorry I don't have what it takes (anymore that is) to challege her more. I was hoping for a dog to ride in the car a lot but she gets so carsick poor thing. She can't help that.

when i worked at a doggy daycare we had 12 in the small dog section, there very popular up here in the north east. cute and fun, very sweet, lovely little dogs, but a little more terrier like than the maltese...otherwise they reminded me of the maltese, shi-tzu ect...

great Pyrenees/kangal, any one with experiences (getting new dog)