After the recent loss of two mixed baby chicks I'm looking into getting the replacements the farmer said I could have for free. Now they will have about 25 or 30 baby chicks to choose from, all kinds and they are going to be a medium sized dog crate. They are all different ages, from 2 weeks to 6 weeks...outside.


These AREN'T the babies I'll be choosing from but I think if you could pick out pullets from these pictures are which are roosters, the pointer ideas...like pink combs. 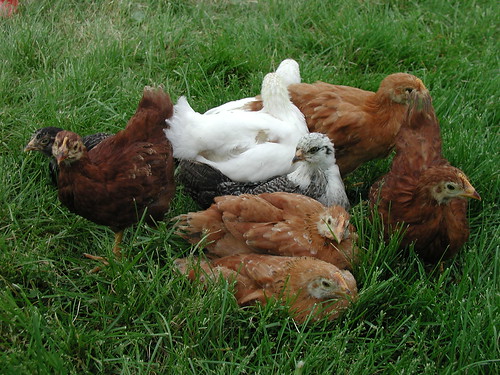 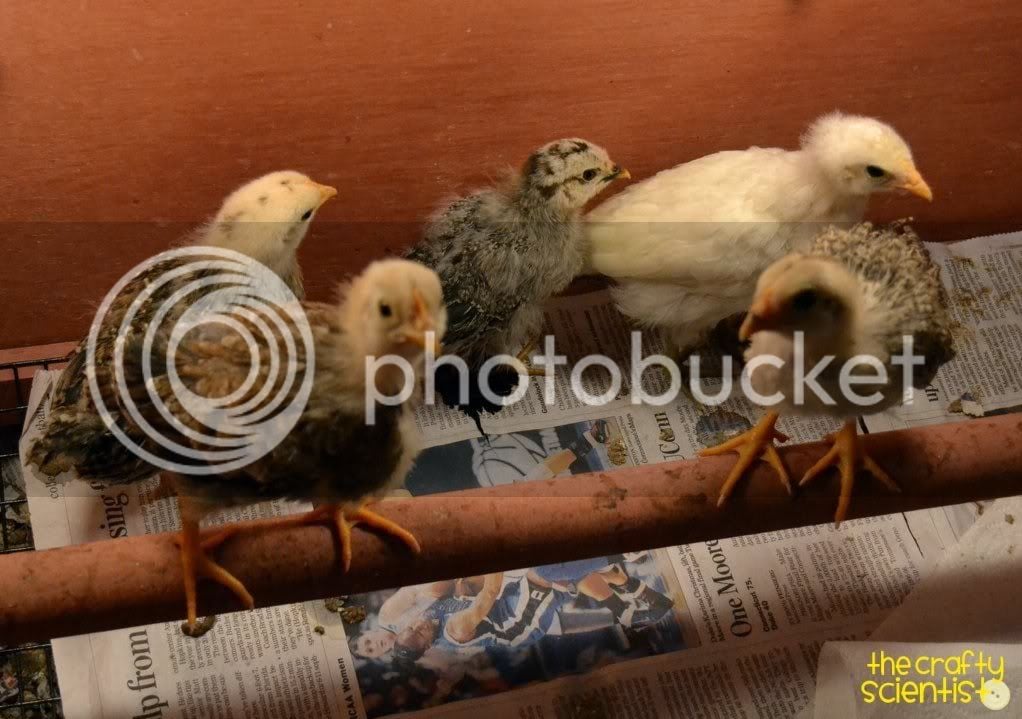 So could I get some tips on sexing a couple of the baby chicks?
Pictures would be awesome!!
~Whittni

The chick on the left of the roost is probably a rooster. But... if you want to know how to sex chicks then I can tell you that most roosters will have: bigger comb and wattles, longer, thicker legs, pointy feathers, especially in the hackle and saddle area, a longer, more curved tail, shinier and brighter colors, will generally feather slower, have spurs, and eventually crow. Hens will have smaller combs, legs, and tails, and will have round feathers that are usually duller. Oh, and they will also lay eggs.

With crested breeds, pullets will have a more rounded crest with round feathers, while cockerels will have pointy crest feathers along with other rooster characteristics. Here's a polish pullet with a nice round crest and round feathers, she's about six weeks old in the picture: In contrast, here's a cockerel around seven weeks. He hasn't yet gotten the pointy crest feathers, but you can notice the saddle feathers along with his body feathers are rather pointy and he even has a little comb coming in. Within the next week he had wattles and a pointy crest: Here's a couple of 2 week old chicks. The one on top turned out to be a rooster(notice the bigger comb), and the black one a hen: Here's the black pullet at a day old: And finally at 9 weeks: Quote:
Sure thing, glad I could help.

Oh, and I forgot to mention, with laced birds the lacing is better in the hens, however you can't really tell in my pics cuz they're too young.

What age to maybe determine sex?