When most people hear this they are gonna think rooster, but he’s not doing this
I have a hen who is about 9 months old and is losing feathers on her neck, but only on the front and bottom parts of her neck, ( a bit on the middle too ) it only started maybe last week, the pattern doesn’t match bullying of any sort and none of the other chickens are having this symptom so I don’t think it’s a disease or parasite, its possible it’s molting but her sister who is the same age, breed, and from the same population, is not showing and signs of molting. It’s so bad you can see her skin and we’re going into the coldest month of the year. if someone can tell me what is causing this and/or how to fix it, it would be much appreciated, I will attach pictures. 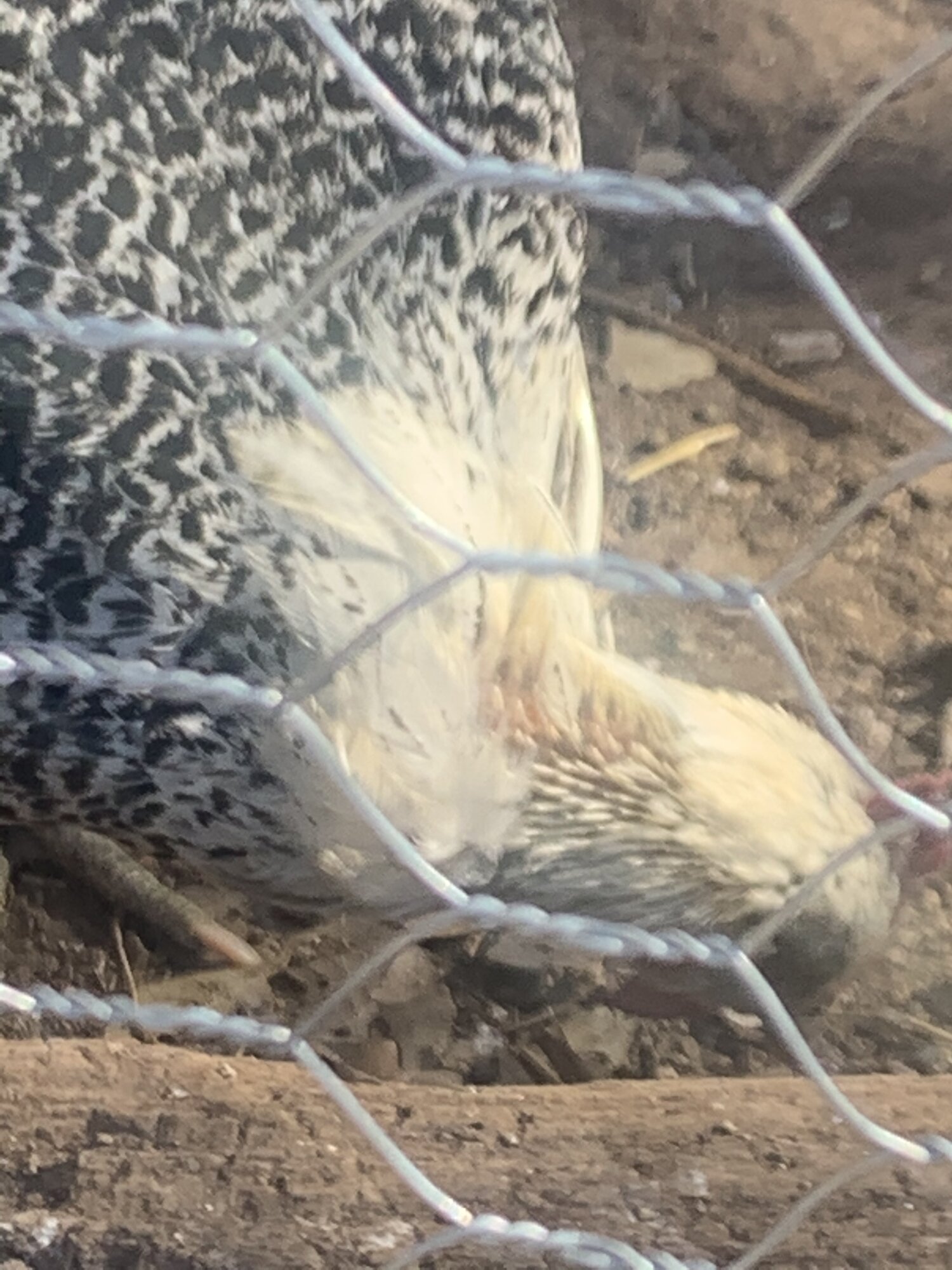 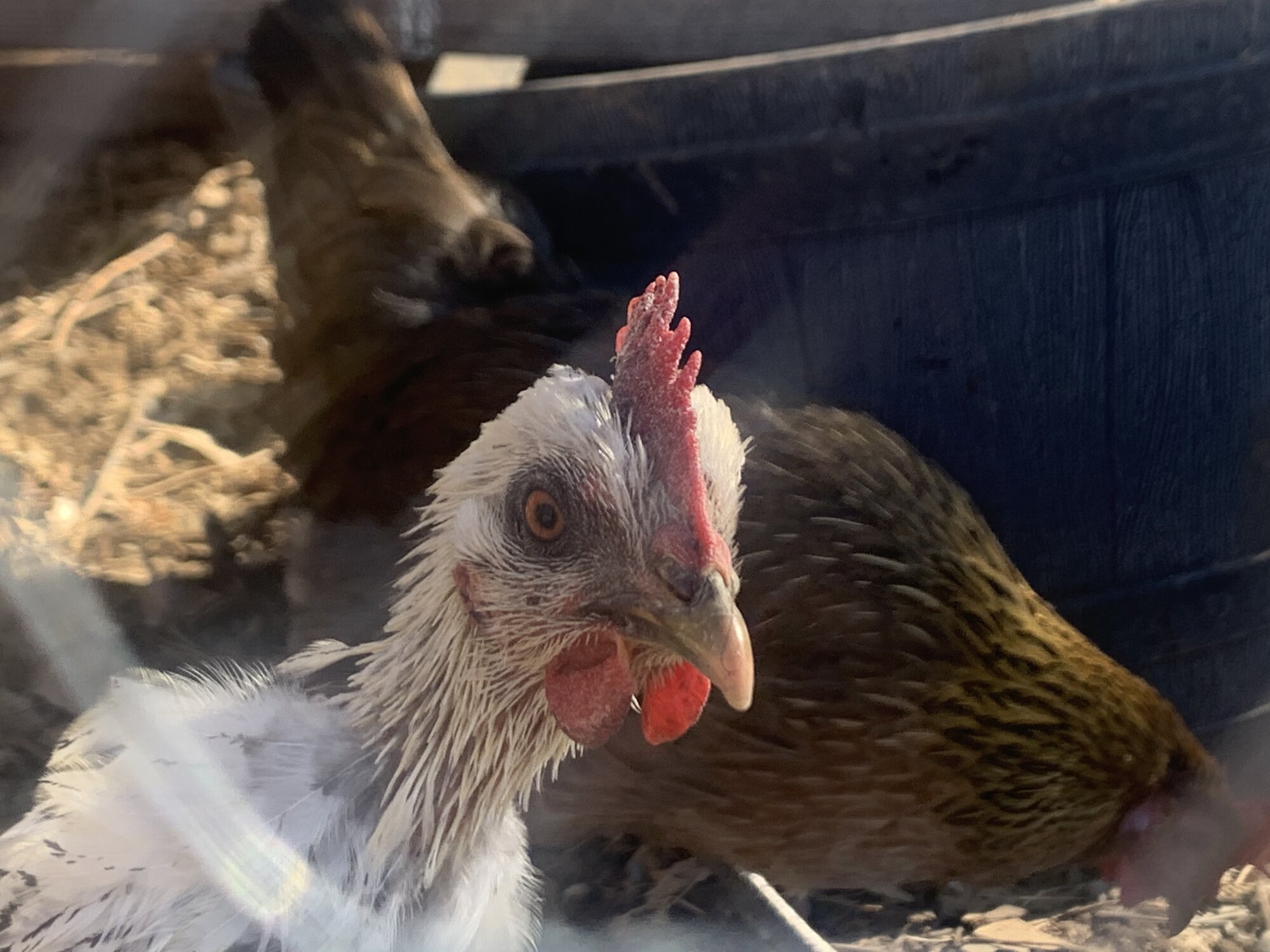 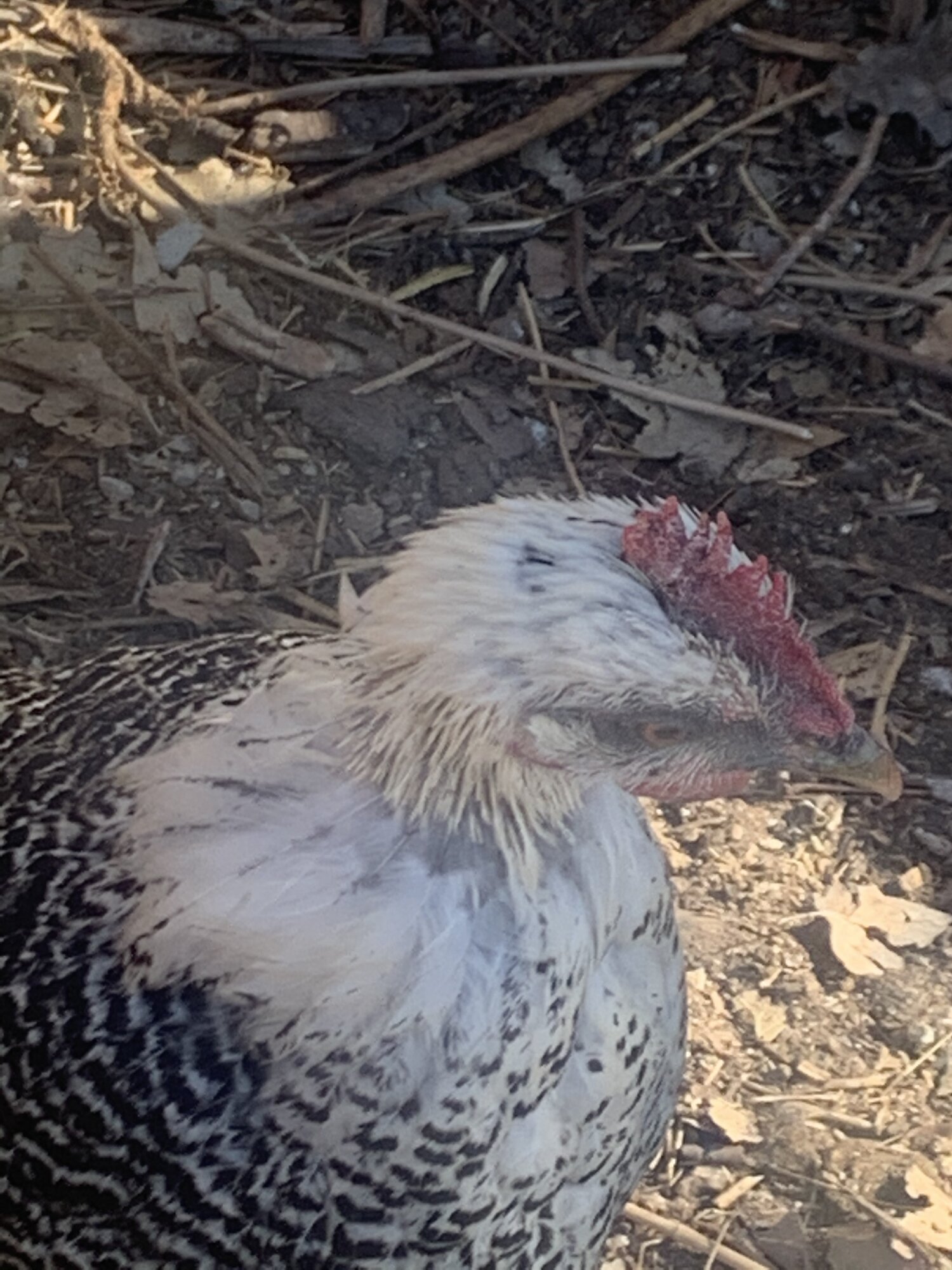 She's molting. The many pin feathers will mature rapidly.

I see molting as well. Yes she is only 9 months but they go through a few molts before adulthood.

Most of the time the birds don't look naked but once in a while one goes molt crazy and looks like a pin cushion.
Last edited: Dec 30, 2020

Alright, I should’ve known, thank you. I guess if it’s a molt there’s nothing I can do.

Z
What is wrong with our chicken?

Molting or getting bullied?