So I’m new to owning chickens. I was told I have 4 hens. I was told they are about 3ish months. However, two of them keep “fighting”. I assumed they were asserting dominance or something but when I showed a video to a friend she asked if the Buff Orpington was a rooster (she’s the one that tends to pick on the others). The two that “bicker” are bigger and have more pronounced wattles. The barred rock is also lighter than the smaller barred rock. I guess I want to make sure that they are in fact hens. I can’t get great pictures, but here’s what I have. Thanks in advance for any help!!

Both are actually cockerels

Do you have pics of the other two chickens?

They look like pullets to me because they don’t have rooster saddle feathers and don’t look like they have hackles either! They just look older than 3 months!

Of course I could be wrong and wouldn’t be surprised if I was! Your buff Orpington just looks a lot like mine did at 5 months! 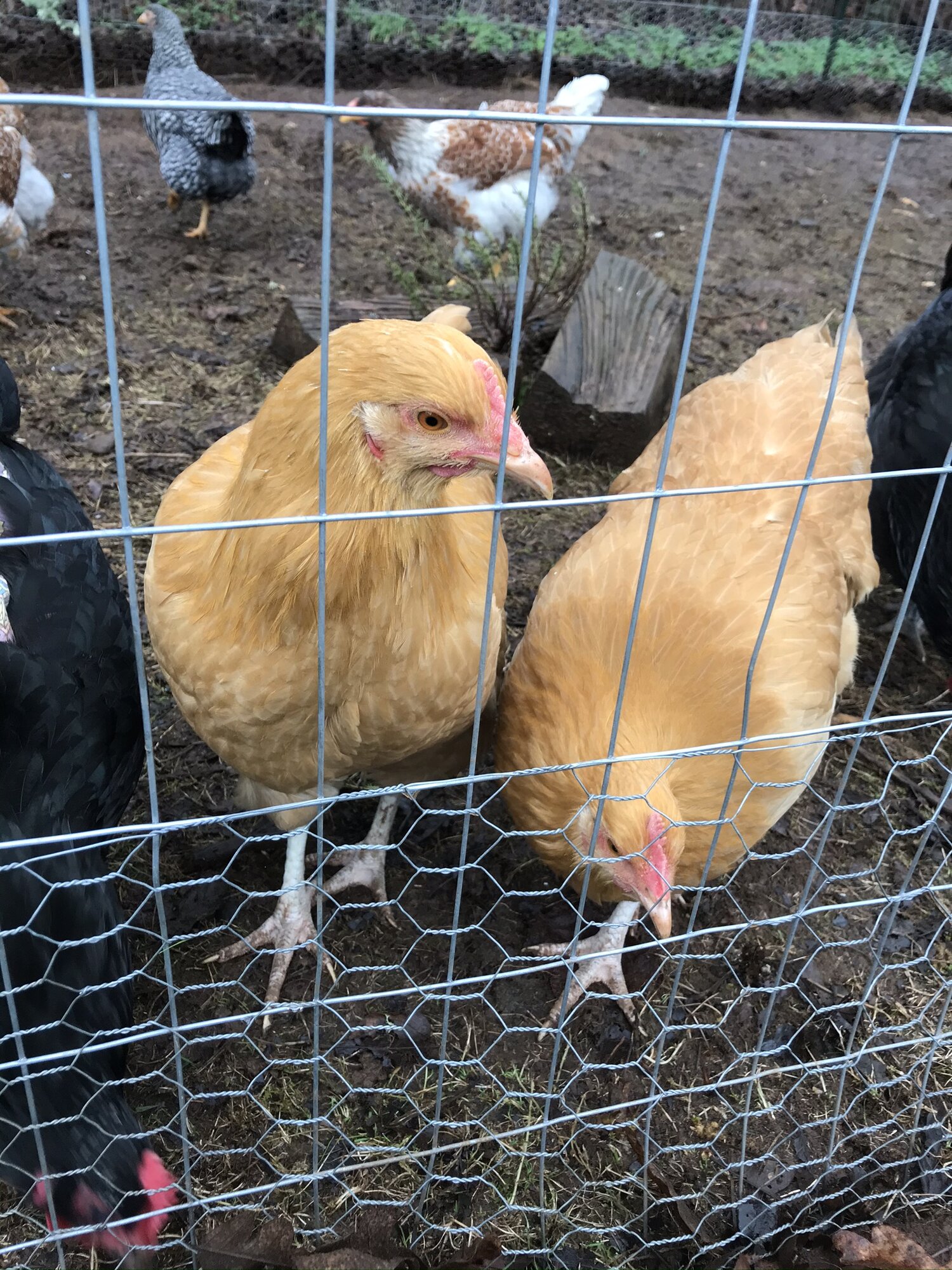 They actually look a bit younger than 3 months. The two birds pictured are cockerels. They are too young for male specific feathering to show. Also, tails are not a means to sex a chicken.

They are both boys.
C

Iluveggers said:
Do you have pics of the other two chickens?
Click to expand...

These two appear to be pullets.

Overo Mare said:
These two appear to be pullets.
Click to expand...

Yes, these are not the two of concerns. I think someone just asked for a picture of them for comparison.

B
Barred Rock Roo or hen?