I've got an 8 year old Australorp hen that shakes her head quite a bit, as if she is trying to shake something out of her ears. She shakes anywhere from every 15 seconds to once every 2 mins.

She started this late last Sunday, I didn't think much of it till Monday morning when she was still at it. I wrapped her in a towel and with a flashlight, peeled back her ear feathers and looked in her ears. They look perfectly normal, a light grey in color. No redness, no black, green or yellow gunk. I thinned out a Q-tip and gently swabbed around as deep as I felt comfortable going and it came out clean in both ears. But I did consider possible ear mites. So I did two things, started putting a couple drops of Coconut oil in each ear daily, and I used Ivermectin Pour on, on the back of her neck on the skin only. I THOUGHT she might be better as of yesterday, but she seems just as bad today as she has all week. (How long would it take to kill mites with oil IF she has them? She has had 7 doses in her ears as of today.)

I don't think she has an ear infection, is there a surefire way to tell? She has absolutely NO signs of respiratory illness, no runny nose, no watery eyes, no swollen face, no coughing or breathing problems what so ever. She her hyper self, eats like there's no tomorrow, runs around like a young bird. Her comb, face and wattles are red, she is however still finishing up on a molt and has pin feathers on her neck. Oh and she does not have frost bite. She was wormed with Safeguard Liquid Goat wormer 2 months ago.

What else could this be? Old age, neurological, ear drum rupture, aliens?

(Excuse her messy beak, I interrupted her lunch, she loves wet mash feed) 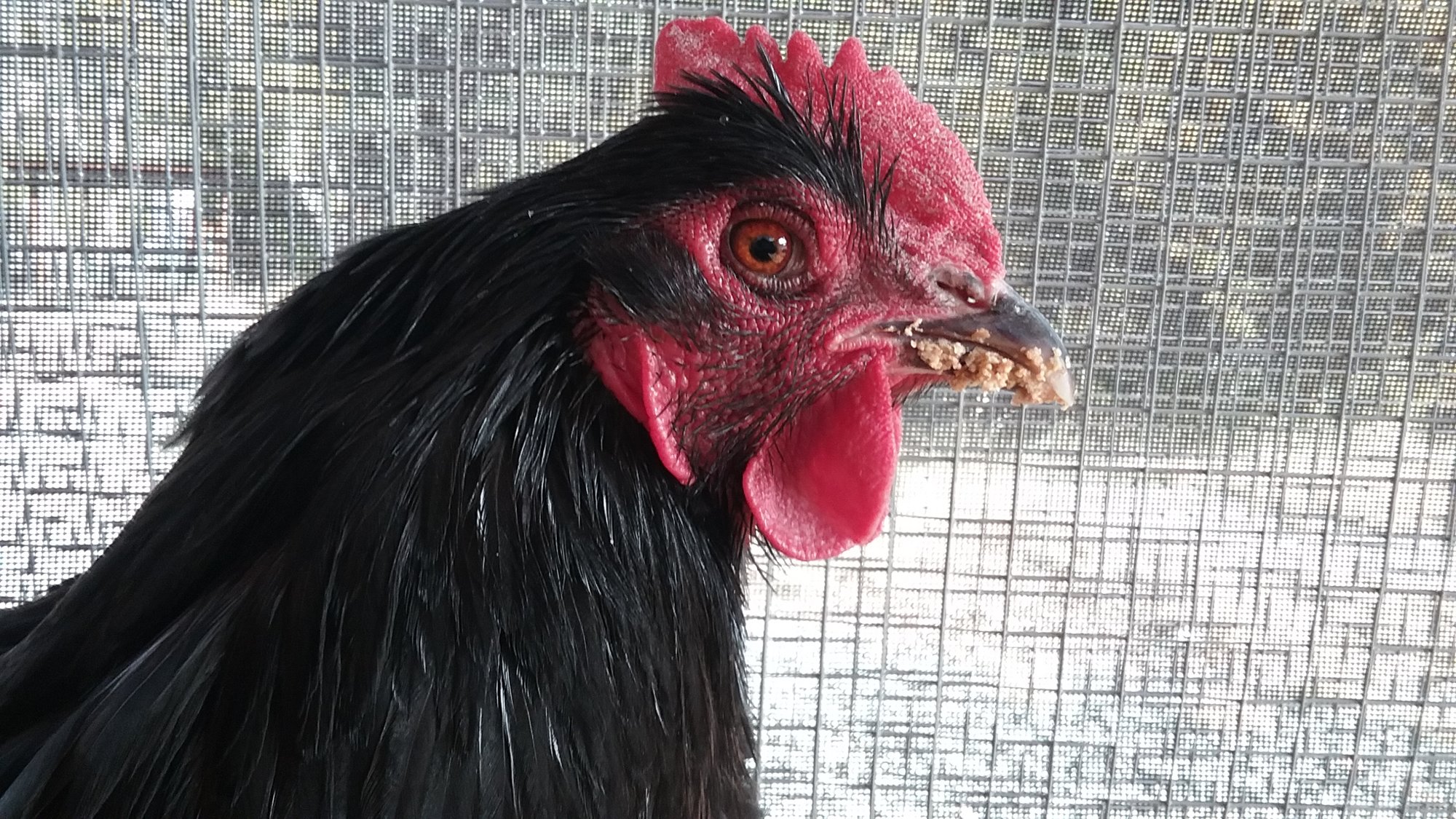 You looked down her throat? Sometimes birds do shake their heads a lot. I have sat and watched some do it for hours. It never turns into anything. You could try dusting for mites to see if it helps. Sometimes they do it for bugs or gnats flying around.

Does she scratch or rub her ear after she shakes her head?

oldhenlikesdogs said:
You looked down her throat? Sometimes birds do shake their heads a lot. I have sat and watched some do it for hours. It never turns into anything. You could try dusting for mites to see if it helps. Sometimes they do it for bugs or gnats flying around.
Click to expand...

Her mouth is clean as a whistle. Nice light pink color. No bugs flying this time of year. I wouldn't be all that concerned but its been a full week of this. I worry about this disturbing her sleep or hurting her neck.


Brahma Chicken5000 said:
Does she scratch or rub her ear after she shakes her head?
Click to expand...

No, she rarely scatches her neck or ears and never rubs them even after shaking.

I also want to add I gave her a thorough check for mites or lice and she is super clean. Skin looks very healthy and clean, no signs of external parasites anywhere. Clean vent, behind the neck, just clean. Just in case she got a dose of Ivermectin pour on behind the neck. I haven't dusted since I just don't see any signs of lice.

And her poop is picture perfect, nice large dry ball with a nice white cap.

It’s possible that there could be a tumor pushing on part of her ear that is causing her discomfort.

Brahma Chicken5000 said:
It’s possible that there could be a tumor pushing on part of her ear that is causing her discomfort.
Click to expand...

I considered something along these lines. She's ancient for a hatchery bird. LOL She could have a brain tumor too. She very well could have a tumor pressing on her ear drum or something as old as she is.

She doesn't appear to be in any pain. Probably just annoyed to have to shake so frequently.

I just realized who I answered.

oldhenlikesdogs said:
I just realized who I answered.

Maybe it is just from itching and growing in new feathers. Mineral oil is also good to use in the ears to kill ear mites. I hope you figure it out Two Crows. Does it look at all like it could be seizure activity? We have seen a few have odd head shaking and movements that can be repetitious and similar looking that turned out to be neurological in nature.

Ear Infection? What should I do?

Old hen has so many ingrown feathers (pic)