He/she is a 15 week old Cornish X who got paroled at 7 weeks after becoming lame and nearly pecked to death one night. We put him in our infirmary where he recovered from his wounds but remains lame. He squawks hello, tries to follow us around, and, as you can see, has swelled up like a tick. Natch, we’ve become attached to such friendly fellow. He’s been quite good to our 10 week old chicks (his portrait here photo-bombed by Blanche, a White Rock). We know he won’t live long, but he’s got good quality of life for the moment. So, is our plump waddling friend becoming a cockerel or pullet? 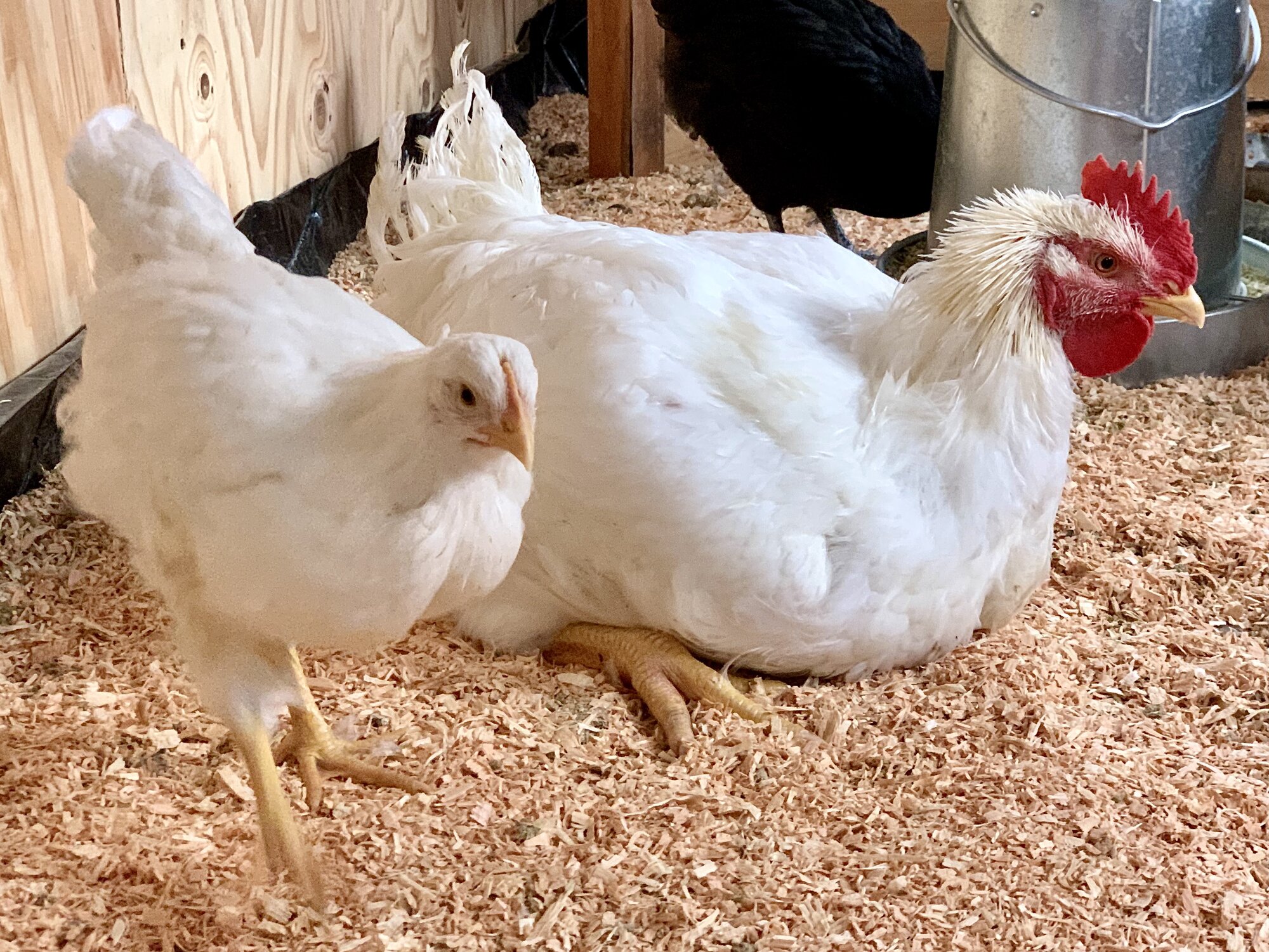 That large one looks definitely a cockerel. Cornish are so curious and cute..

Herman is a handsome guy.

Cockerel. Restrict his feed if you plan on trying to keep him alive.

This is a large boy

Cockerel, and restricted feeding may help prolong his life.