Hottest weather you have successfully raised Cornish Cross on pasture

Okay, I'm not sure if I'm having cold feet about these birds, or if prudence is just kicking in. I mentioned in another thread that I am ready to jump in and start raising these birds for public consumption. In fact, have orders for 300 already over the coming year. I was just about ready to order 100 CX when I received an email from a local farmer who seems to know a lot about these things, and he said he is done for the season because of how hot it gets here in SW Oklahoma. He will order his next batch in August and raise broilers between then and before hard winter hits. As a result, I'm now having second thoughts about ordering them right now.

So what is the hottest weather you have raised Cornish Cross? Did you have to take special measures to do it? Perhaps raised them in special shelters? I'm pretty sure a Salatin pen would cook them alive here.

Any thoughts on management during high heat summers would be helpful.

I have had birds in a Salatin-type chicken tractor when it is above 100 degrees for a sustained period. I wasn't too worried about the younger birds but as they gain more mass I get more worried. In the chicken tractor they are close enough to the water that, though they pant a lot, they seem to be OK.

Restrict their feed at night, keep the water bucket full. You might put a door in the back of your tractor to allow a breeze or prop up the end. I don't remember doing that though.

All that said, you should keep an eye on you children, elderly neighbors, dogs and chickens in hot weather.

I'm interested to hear what people have experienced as well. We had a few days earlier this year already that were in the high 90's-low 100's and our birds did ok. I'm not sure how they would do for a very extended time with that kind of heat. We just received our last batch of the summer this morning. We won't be getting any more in until mid to late August because we don't want to be raising and processing during the worst of the heat. I even think we are pushing it by keeping birds into July but I guess we will see how it goes!

Quote:
How sustained and how much above 100?

We raise meaties for fair, so 100+ with 90 percent humidity. They go through gallons of water, give them shade, don't require them to move a lot. They are ok, but not as easy as cooler, and we will have a lot more flip.

For the water, I'd use a 3/4" pvc pipe, with nipple waterers, that is attached to a larger 6" pvc pipe. If the quick web search I found is correct, 6" Schedule 40 PVC pipe will hold 1.5 gallons per foot. Run 8' of that in a tractor and you'll hold 12 gallons in the supply pipe plus whatever little bit that will be in the 3/4" pvc feeder pipes. I did that in my most recent attempt at a tractor. Once the birds clued in to the nipples, it made watering them much easier.
Last edited: May 27, 2011

Well, given the dearth of replies to my query, I think I'm going another rout and raise Freedom Rangers during the summer and switch X Birds in the fall. I have also noticed people in climates similar to mine are having a rough go of it, and they are experienced Cornish X people. As a beginner at raising them myself, I think it would be foolish to add this particular hurdle to their already finicky nature.

I would like to raise them with zero flips. I just bought some older hens (8 months) that just had a little CX genetics in them this weekend and already lost one to CHF just from the stress of the ride home. It was a horrible way to die. In retrospect I should have just culled her on the spot when I recognized the symptoms, but I had just paid for the thing two hours before. I was hoping she would pull through once cooled off and in a lower stress situation.

So, I'm not going against the pros who have decided not to raise them in the summer. I'll play it safe and go with a more stable hybrid.

FYI, it is still May and we spiked to 104 late last week. This is going to be a hot, dry summer for us, I think.

It's been way warm for us the past week, approaching 100 today and expected to be the same for the next few days. I have 9 CX at 5 weeks come wednesday in a tractor but they free range during the day. Plenty of water and the tractor is parked beside a huge area that has ample shade. They are doing fine. Their feed consumtion dwindles during the day but at first light and dusk they eat what I want them to as well as free range eagerly. They are slightly less active honestly then my regulars, but much more active then I had been lead to believe.

I was planning on a much larger (200) flock for the fall and wont be doing any more this summer, mainly because of my work schedule but not because of the birds.

I think if you planned ahead for the hot weather and had birds that were not beyond 3 weeks, you could easily run them through the summer as long as you werent pushing the food on them. We are still planning an 8 week target but if the temps extend that a week or so due to them not packing on the feed then I am fine with that. I have 26 FR in an outdoor coop that will be 2 weeks wednesday and they are growing like mad. Same pattern as the CX, early and late feeding heavy, kicking back during the heat of the day.....just like me haha!

My concern now and into hotter months would be the insects more so then the chickens!

Mine move regularly, its not uncommon for me to have to go find them! I do however move a waterer to the area they decide to hang out in just to be sure they are getting what they need. 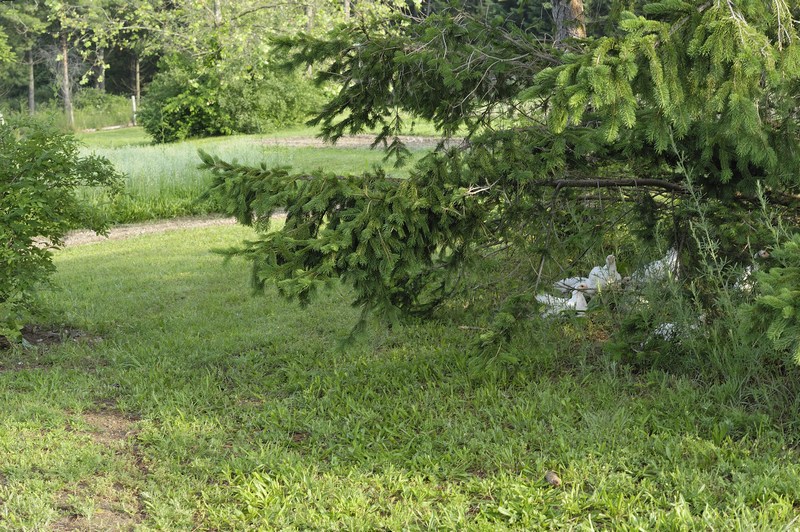 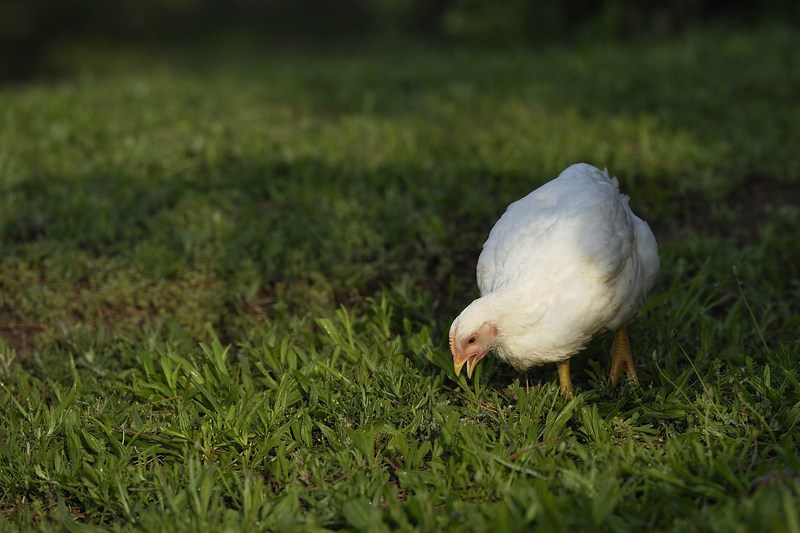 Quote:
June is 90s and wet. July usually gives us 3 or 4 days each week over 100 (but just over). The off days are thunderstorms to keep the humidity up so the sweat won't evaporate. August is solidly in the upper 90s but usually less wet.

In July I received 52 chicks from Schlecht. In August I harvested all 52 at 7 weeks. The hot weather treated them just fine. Chicken tractors are out in full sun.

Okay, thanks. We get considerably hotter here, though, with some days as hot as 110. Sometimes it can go a couple of weeks over 100. I have noticed once it gets to a certain point, every degree makes a huge difference and you can feel it. That isn't as hot as some of our friends in the southwestern states, but we can also have a hefty amount of humidity to go with it.

I noticed a post from someone near College Station Texas who was having losses due to the heat, and that is much more along our temp lines. I see nobody near our weather having much luck with them.

Maybe when I get some experience with the Cross under my belt I will try out a batch in the high heat. There is enough to them as it is even in ideal situations. My local friend is considering using a well ventilated hoop house type tractor next year to raise them (his are Salatin style right now). Maybe the two of us can figure something out that will work in hot climates. If we do, I will share it here.