This is my favorite chicken, Dierk. A lot of y'all probably have heard me talk about him. I got him as a EE roo from Andisgarden. BUT...he clucks, he won't play fight with the other chickens, he has decided the babies are his (feeds them, rounds them up, sleeps with them), and he hasn't crowed and his comb hasn't grown at all in the 4 weeks I've had him. I got him May 20th, and he was 13 weeks old. He is now 17 weeks, and was born about Feb. 18th. Ignore the fact that he has no tail feathers. He escaped a chicken thief and unknown attacker a few weeks back. 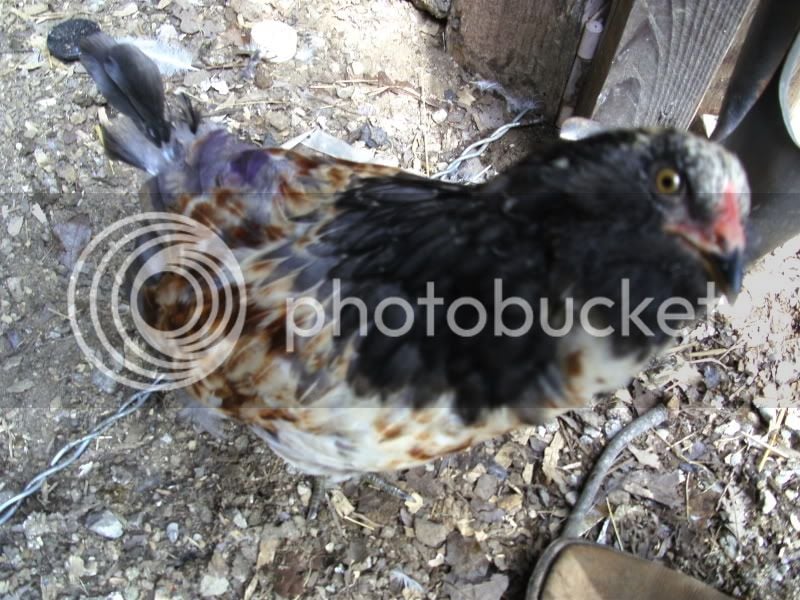 Here is a pic of his non-existent saddle and hackle feathers. I just don't see them! I will be happy either way. If he is a pullet, then I'll just end up getting another EE roo (hopefully from Andi!) 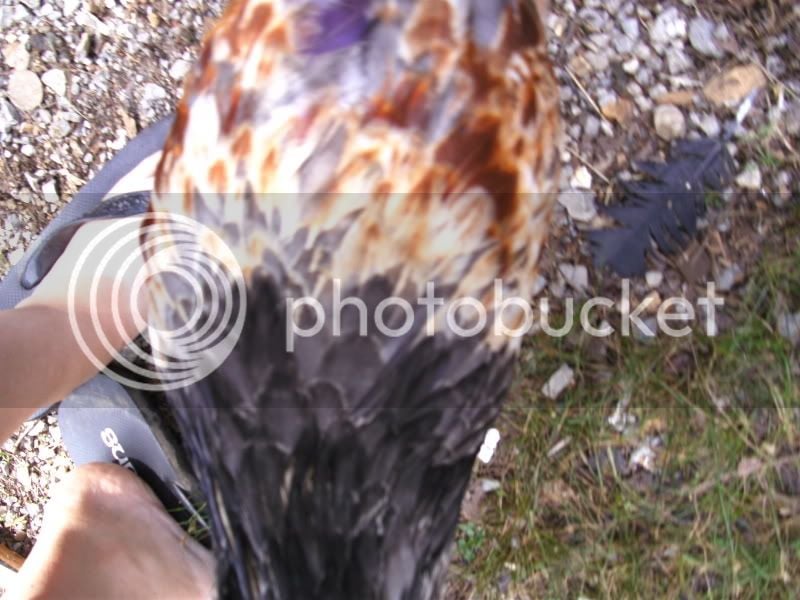 Also, here are some BR and BR mixes that I am just not sure on. Some don't seem to be as "roo-ish" as the others? The one I am wondering about is the one that is following the roo. I know he's a roo. He's trying to crow! They are about 14 weeks. 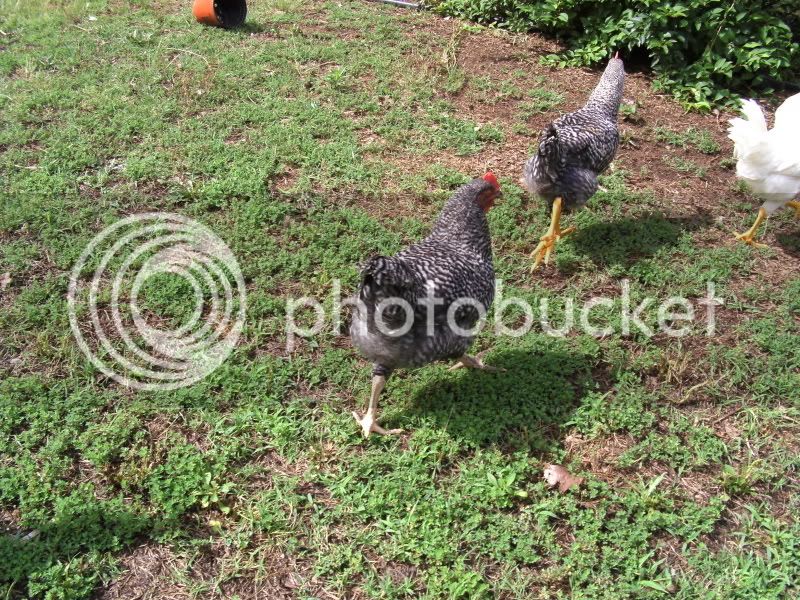 This mix is one I thought was a roo, but she sure looks like a pullet to me! 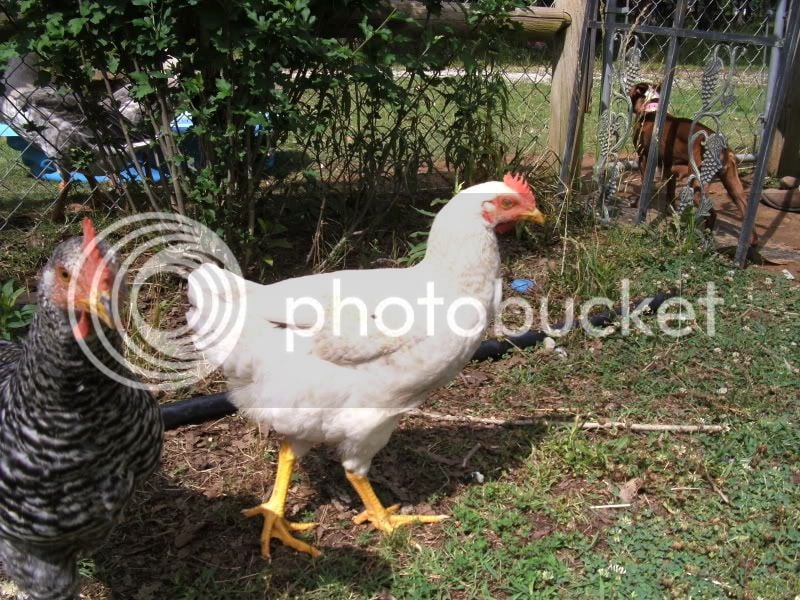 What about this BR? 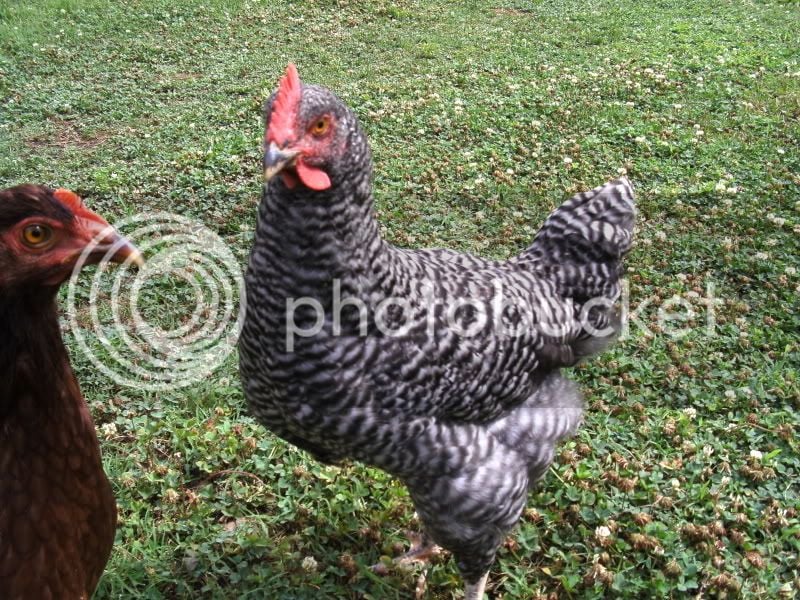 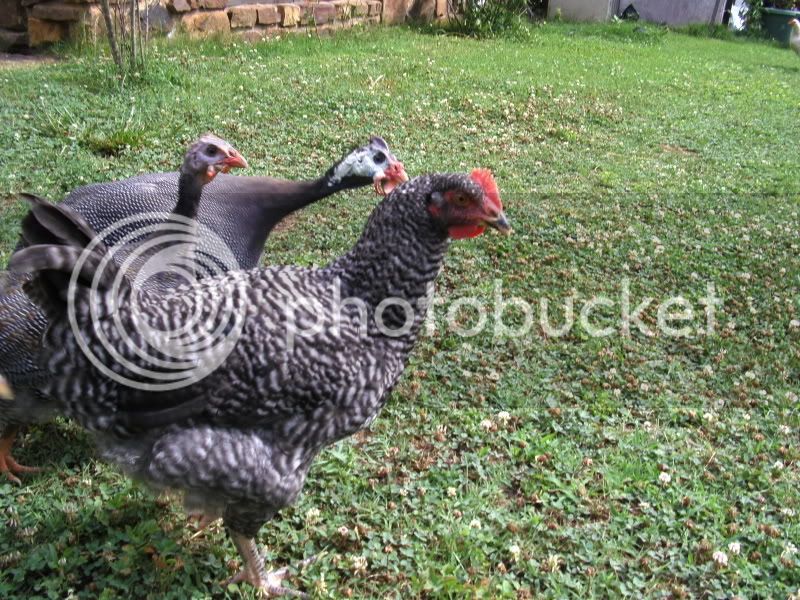 Just for fun...here's my Chinese geese. These are both girls. Apparently our lovely ex-puppy killed the only boy.

Their names are Pillow and Spruce. Pillow is the one that had the subcutaneous emphysema that I had to deflate. She is the one in the front.

The Redwoods of California

Quote:
Hmmm...do you think it is a roo? That is one I am really on the fence about. I see no color changes in the neck and no saddle or hackle feathers. But, huge red comb and wattles.

No other guesses? I am think I am just going to have to wait til someone crows or lays an egg! LOL!

I plan on keeping a BR roo, getting an EE roo, and then keeping my Wellsummer roo.

I think your white one looks like a pullet. But I have been wrong before. All the others look like roosters. The first one I can see his hackle feathers (the shiny red "wet" looking feathers). The barred ones have long tail feathers.

Sorry to say it. I think there is gonna be lots of crowing at your house.

The first one, that is why I bought it as a roo. But, and my pics aren't the best, if you look carefully, what looks like pointy red feathers, are actually half a red feather, and the other half white and blue...and they are all rounded. You can see on the solid blue feathers, with the darker lacing, that they are round. And I would think the comb would be bigger and redder. It hasn't grown in 4 weeks. Either way, he has a home for life.

It's the white ones and the BR whose life literally depends on their sex.

I've got the one BR roo that I am keeping. He's in the 3rd pic, the BR in front. The others just depend on whether they crow, or not. I've had Dinner named since the day I got him. He's been the only obvious male I've had.

The white one looks like a pullet, but the rest are very hard to tell. The ee looks like a girl in the face, but the markings look rooish.....no tail feathers to judge by. The 2 BR have some rooish tail feathers, but not a wicked lot. Those are very difficult to judge the sex and you might have to watch the behaviors and listen for vocals. I hope you get more girls than boys