The pullet in question was sent with my order of chicks as a “Meyer Hatchery Meal Maker” and wasn’t labeled. She had solid yellow down which turned to solid white feathers and she had yellow legs. I naturally thought she was a Leghorn. (The basis behind the MH Meal Maker chicks is MH will donate a chick to you, based on the type chicks you’ve ordered, layers or meaties, for you to donate either the eggs or meat to someone in need.) I ordered layers.

Now back to my story of stupidity.

I have watched 24 chicks grow (19 pullets) for 5, 10, 15, 20 and now 26 weeks. I have kept track of the pullets’ breeds and ages and egg laying record, basically when they should begin laying according to their breed. Well, at 26 weeks I still had not seen a white egg.

​
Yesterday, I was working on the run (do you ever stop doing things and just say, “I’m done”? Yeah, probably not) and noticed Chickaletta (yep, named after the white Leghorn on Paw Patrol)

sneaking into the coop. Ah ha, my lucky day. I went in to see which nest she was in and waited. As soon as she came out, I went flying in and anxiously opened that nest door. What?

No way! There layed the creamiest, tan egg ever with the ever slightest speckles. Based on all my other brown eggs, I would say this one was a medium brown. So, I suspect she HAS been laying, but she’s obviously not a Leghorn either. And now for the stupid on my part,

she has dang red earlobes. Never ever did I look, not once. I never questioned my first thought, some 26 weeks ago.

What in the heck is this bird? 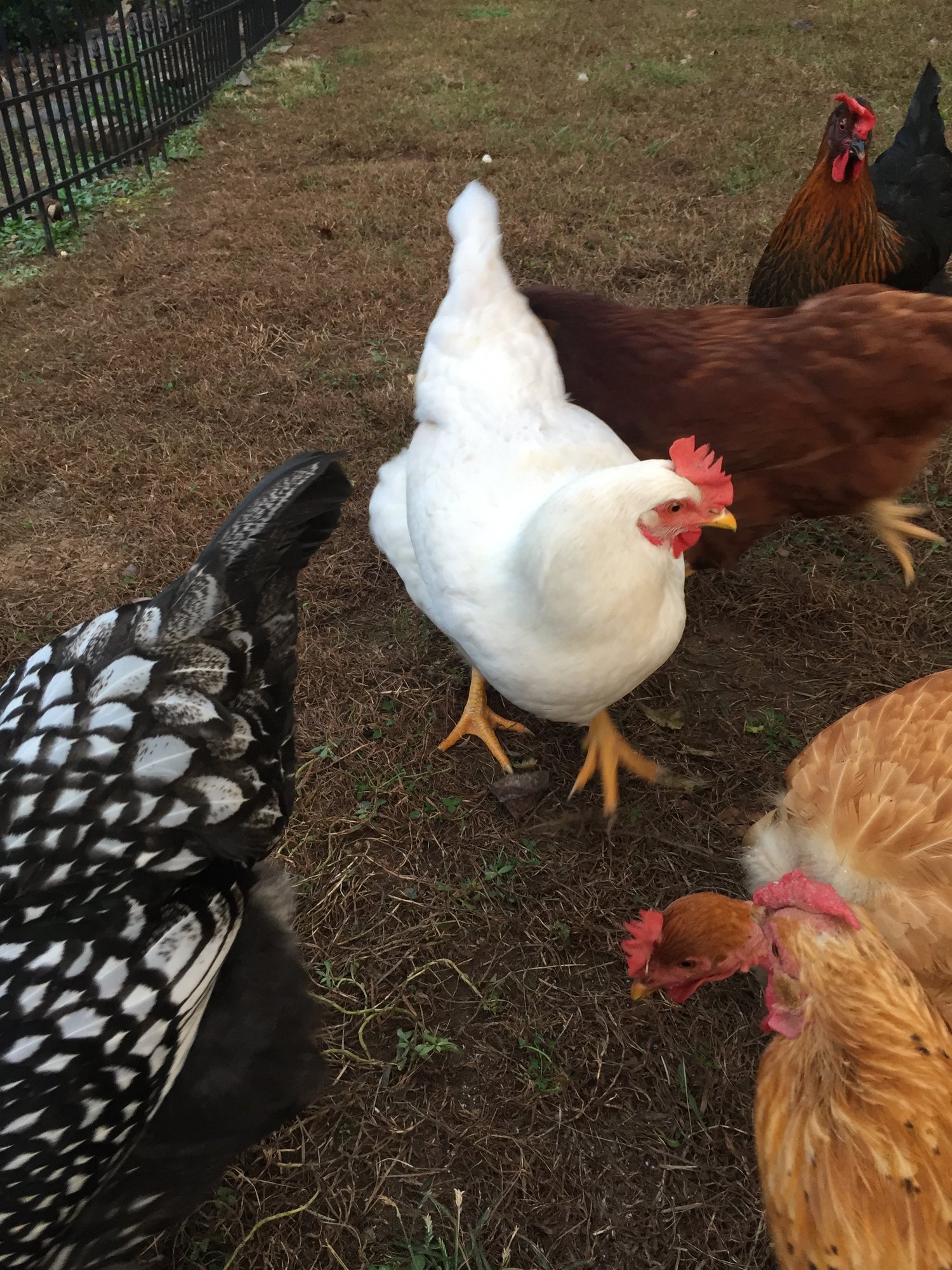 Her egg is top and center. 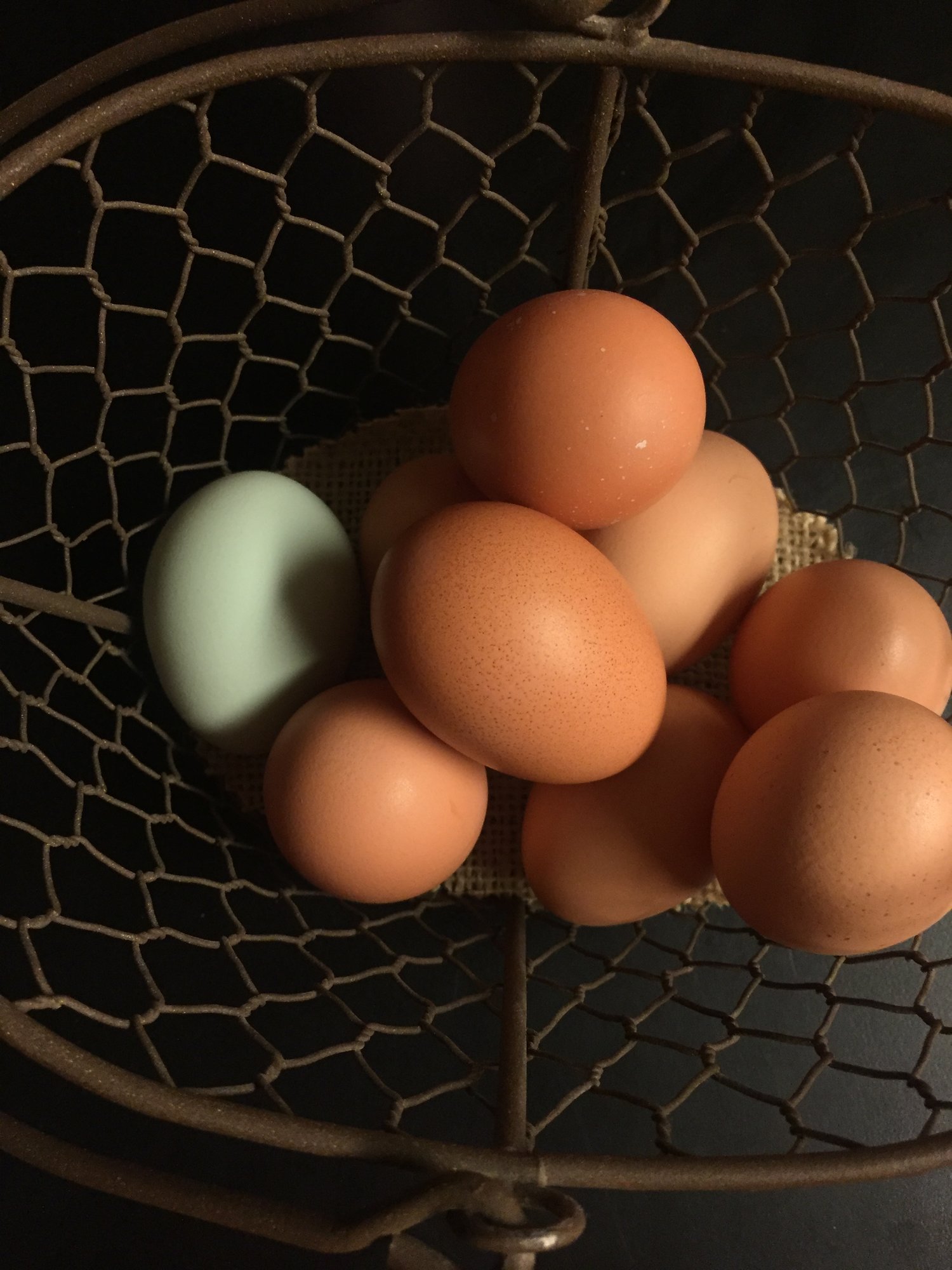 Obviously I have completely lost it! Thank you very much for your help.

Looks like a white Plymouth Rock. Too heavy to be a Leghorn. (And the eggs and red earlobes.)

Don’t feel stupid. You received an unmarked hen. Hard to tell sometimes till they grow. I agree to plump for leghorn. White rock I think

I have an Amber link and she has a rose comb and is kind of buff colored. Those hybrid birds confuse me too. Maybe because they can be made from several different mixes.

Well, I feel bad not knowing what she was for this long. I have two Rocks now, a Barred and a White. Who in the world knew? Not me, obviously! Now I’ve got to go back and change all my records.
Thanks to everyone.

White Plymouth rock, that's what the chicken in my avatar is.

B
What breed is this? Originally thought it was a white leghorn
2

Blue egg from a brown layer?