I have two WH that are keeping me guessing on gender

The coloring is awful.. sorry


Here is Casanova.. his coloring is brilliant and he is obviously male 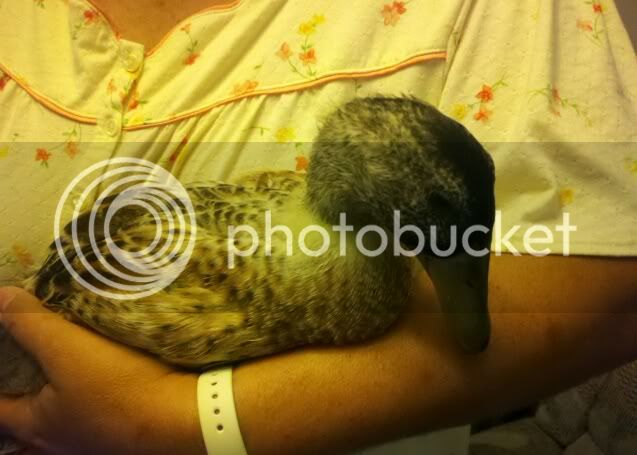 Here is Elwyn an obvious female: 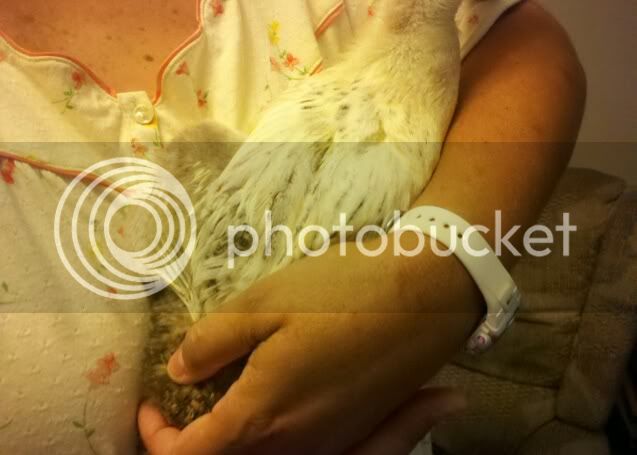 And then I have two that look like this. They are no where near as dark as my obvious males, but they are much darker than the obvious females. I do have gold and silver..so maybe these are just the other color males??? I sure hope not... 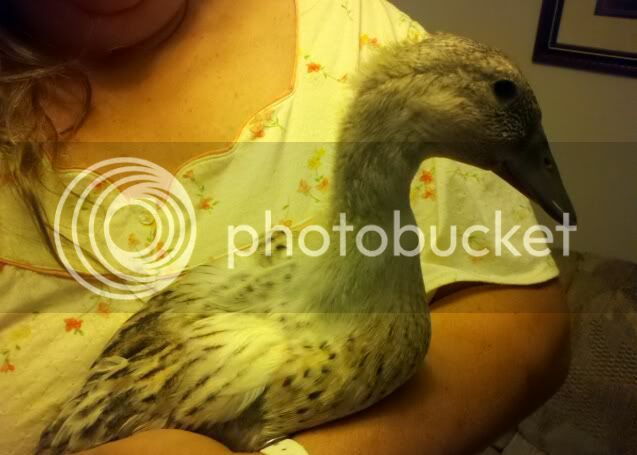 The head is not light or dark. It has little bit of brown on wings, but not too much. And it doesn't have a clearly defined ring around neck like the other males do with the color change.

So are these male or female? If they are male, I will end up with 6/6 (boys/girls). If they are female.. then 4/8. That would make me much happier LOL

You sound like us with our Welsh Harlequins. We have 11 six-week-old ducklings, and I've been wanting to sort so I can sell my excess males. Yesterday, we cornered two and lo and behold -- they both had the duck quack but one had a yellowish bill and the other a dark bill. We proceeded to catch all 11, and there wasn't a discernible pattern connection between coloring and quack, so now, I am just going to weed out the drakes by voice next week, pick my favorite two, and sell / give away the rest. I'm so glad that they have different voices! Otherwise I'd be stumped. Hope you have more females -- I'd like that myself! hmmm haven't heard of the quacking difference... what is the difference between males and females in their quacking???

females quack, males are raspy. I will try and get a video or two and post them later

different language but you can figure out which is which

way cool..... but you didn't notice a difference in your quackers by coloring?? Great.. I sense a massive duck snatching about to occur at my house LOL

It can be hard to know for sure with some WH- quality and genetics can play a part in what methods you use to sex them when it comes to colour alone. Generally speaking you should be able to tell by now by the bill colour, as for the feathers- depending if the are silver or gold - that can also complicate working out who is who. I have some young Harlequin Indian Runners at the moment who are just starting to have a change in the voice- but I have a few that look to be male in colour but sound like a female- vent sexing also says female- but I will have to wait another week or two to be sure with those few. Personally- I think the bottom photo shows a girl- but picking them up and listening to what the voice tells you will lead you to a more accurate decision. Hope it is girls for you for you better ratio.

It looks like you have males. The pic at the bottom will most likely be a male, you can see his head is already starting to turn dark.

I had ordered 6 unsex harlequins at the beginning of March. Their feathers seem to change color a lot later in age than other ducks. They are now 3 months old, and I clearly have 5 drakes : ( They have yellowish gray bills, and their heads are darker than the female. Her bill is all gray. They are also starting to get a white ring around their neck.

Our Welsh Harlequins are from Metzer hatchery -- we got them in late April. I just read somewhere that the Metzer Harlequins take longer to match bill color to gender than some other strains of Harlequin. I think my experience bears that out . . . sigh. I'm going to feel bad for the five ducks, with six drakes around. (not counting my Pekin and Rouen drakes -- I have one Rouen female but no others. They are really friendly though, and the Harlequins are just so jumpy right now . . . I'm tempted to keep the Rouen pair and sell the rest, then figure out a different breed to try next year . . .) Although the WH's are really pretty birds.

I ordered way too many drakes -- it was my newbie mistake in April. I was on vacation and ordered them without reference books thinking that ducks were more like geese since the males can coexist . . . then, after I got the ducklings, realized that I should have ordered 4 fewer males . . . sigh. I ordered 5 of each and they threw in a free one, unsexed, so there is really only one that I am unsure about. I'm thinking it is a male though, as that is what I had when they arrived -- 5 yellow billed ducklings, and 6 black billed. Now, though I have no clue which are which . . . time for the snatch and quack test : )

As far as the duck voice -- once you hear it -- you'll know. Ducks are LOUD. Five of them quacking at once in the barn was amazing. My single Rouen female duck can be heard all over the 5 acres of buildings when she decides to comment on something. The drakes have this sort of sad, mumbled hiss/peep sound that becomes more croaky as they get older. They are much quieter . . .

Quote:The video is not of my ducks. All three of my wh are males