I learned something new about roosters today...

I've been keeping 2 of my chickens separated from the rooster because one lost a lot of weight and is slowly filling up again, and the other is a 4 month old pullet. The rooster is a standard light brahma named Roostroyer and I don't want him to hurt these chickens by accident until they are strong enough to handle him. Well today I kept all the hens and pullets inside the run except for the rooster, and I was inside the house when I hear a lot of screaming. I run out to see Megatron and Godzilla (gamey mutt pullets) fighting. Heckle feathers are raised and screams are everywhere, and these two are fighting hard. Roostroyer is outside the run making a fuss and trying to get inside, so I let him in to see what he would do. He raised his hackle feathers and started to fight the two pullets.


The thing is, he jumped in between both of them, breaking up the fight, then he pecked them hard and chased them a bit. When the pullets tried to fight again he got between them and pecked them both. I was like

and was very impressed by him. Roostroyer is still young, about 9 months old and he's already such a good boy and so responsible of his girls. If he wasn't so big and fat I'd let him hang out with all the pullets already; I didn't know how big brahmas get when I adopted him, but that is the only issue with him, he's so big and fat and inexperienced in the arts of chicken courting that he's a bit rough with his girls, but besides that he's such a sweetheart!


Rock on you fluffy butt, rock on. 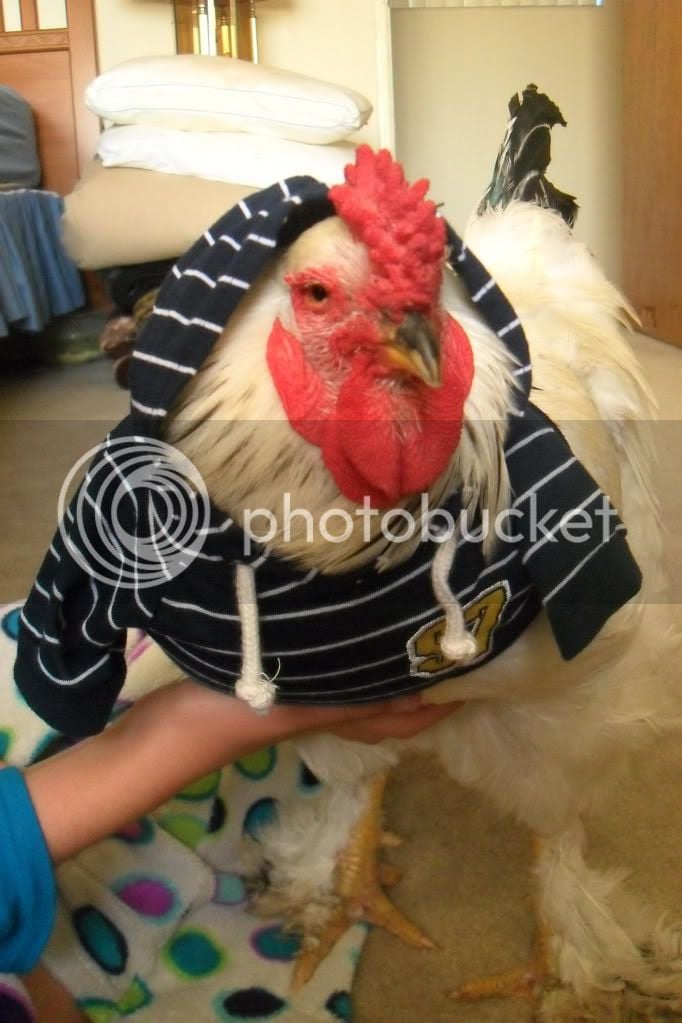 What a guy! All the more to love

What a big handsome guy! I've been told that roosters do not tolerate infighting among their hens. Sounds like he got that memo!

I love Brahmas! Roostroyer is a doll! (And not just because he's wearing clothes in that picture.)

Quote:
He's really handsome and huge! This picture is a month old, but oyu can see already how tall and fluffy he is 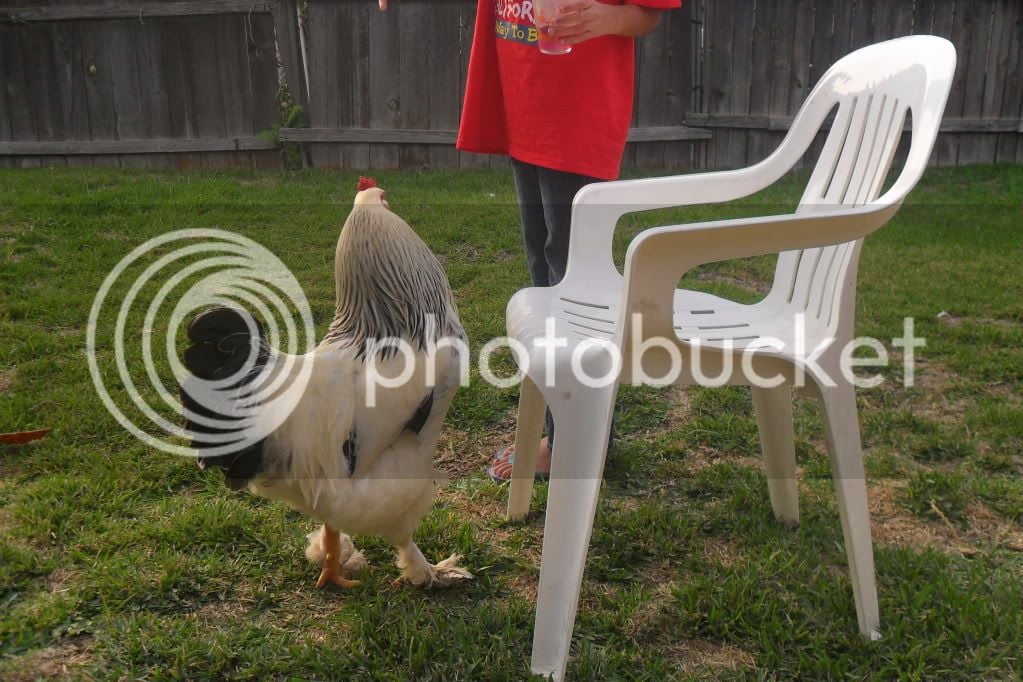 Despite being so big and imposing (and so good with his girls), my nieces do whatever they want with him, and he just takes it like a man. 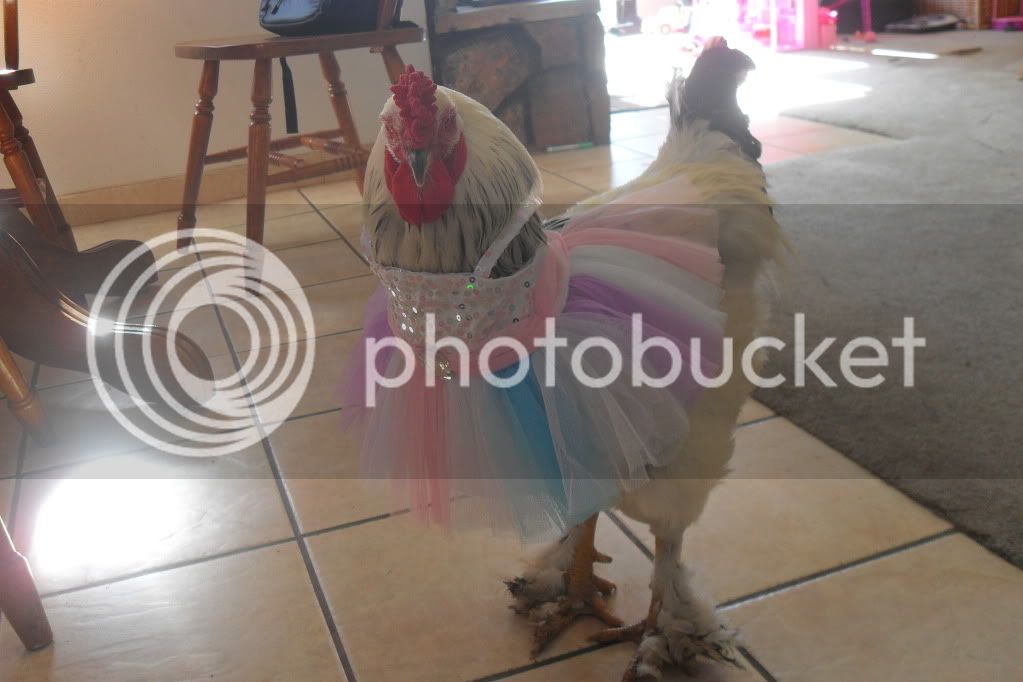 Here are some of my hens and pullets. Godzilla is the brown pullet on the left of the waterer, Megatron is the white one on the right. 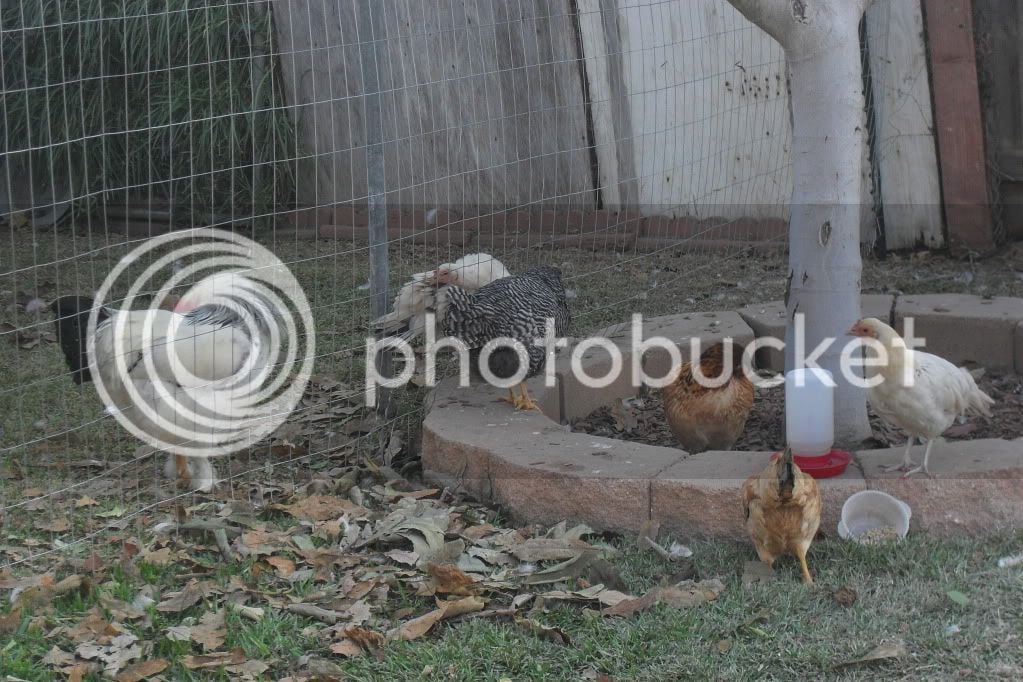 I recently rehomed a young roo to a farm with 30 hens and one roo. We brought my little guy into the run, and a domonant hen immediately started to scuff with him. The established roo immediately got in between my little cockerel and then hen,nput his wing down, danced a bit, and told the hen to leave him alone. Guess the resident roo realized ye needed some help keeping his flock under control! It was great.

I also just witnessed my little D'Uccle roo "keeping the peace" when one of his hens was being mean and chasing his favorite little girl out of her dust bath. He grabbed the other hen and pulled her out of the dust bath. Then lowered his wing and chased her away.... and watched over as his favorite finished her dust bath. He really does make sure everyone is inmline and getting along the way they should.....even for a lttle guy with a flock of 20 moslty LF girls.

Roostroyer!! My family loves him because of his tutu pics!!

Now I understand why my light brahma girls are so big - he's HUGE! Gorgeous too. Makes me think maybe I should get one - and so begins another bout with chicken math.