I need to know what you feed your adult rabbits

Hi!! I got my bunnie two years ago and I’ve kept her on the same diet she has been on her whole life! These pellets with unlimited Timothy hay! 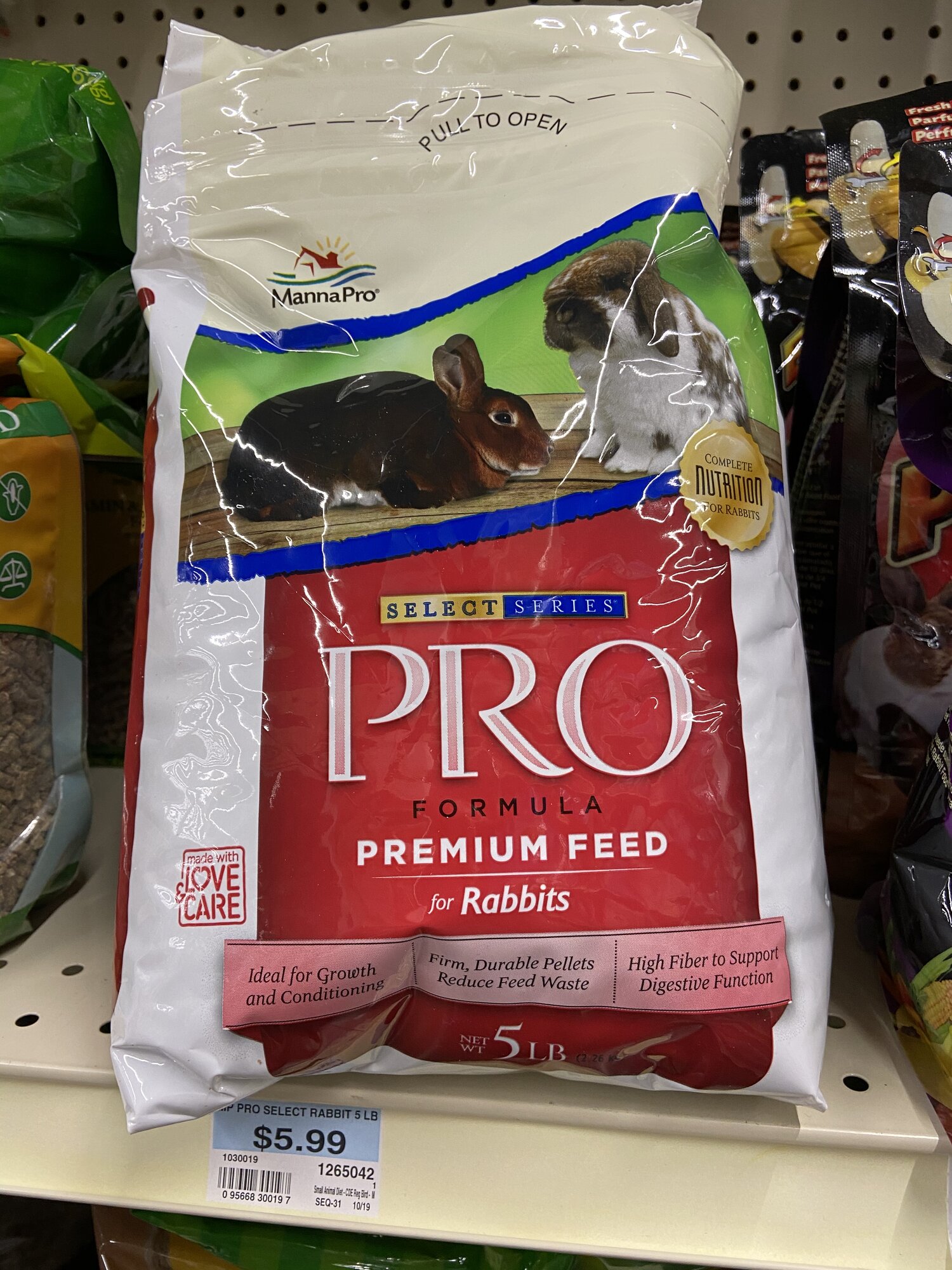 But lately she has been having wet poops! They look they the ones she is supposed to eat but she has a couple a day and it isgetting to the point it is not normal! I thought it might be there is too much fiber in this food so I was wondering? How do I switch her foods and which foodwould be best for an adult rabbit!? What do you feed yours?
Last edited: Jan 29, 2020

Hi there,
I feed mine he same stuff but also give them a big handful of either alfalfatimothy hay or orchard grass daily.
I also try to give them some fresh veggies daily. With winter being here they get 1/3 large carrot every day but during the warmer season kale, cabbage etc. 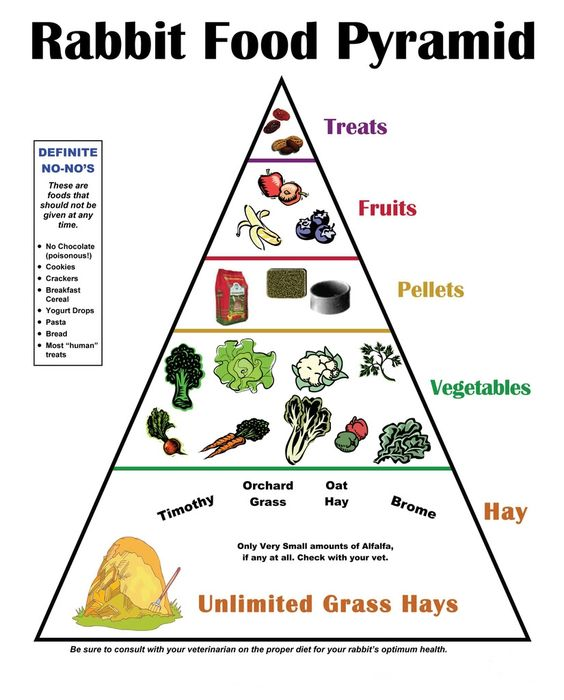 this gives you the food pyramid for bunnies

Mine get unlimited hay, and about 1/2 cup of pellets daily. They also get a bit of rolled oats, and either a small piece of Apple or carrot. When it warms up they will get picked grass and willow branches daily.

I used to have my rabbits on that feed, but I switched to small pet select along with their timothy hay, since they're just 2 pet rabbits. They get treats sparingly.

Also, my one rabbit started to have the same problem. It was a few years ago, but he was already getting up in age at that point, so I don't know if it was age or if it was a fiber problem as you mentioned. (I researched the topic a lot but I don't quite remember everything now) I'd have to do my research again to refresh my memory. He's around 10-11 yo now, probably was 7-9 when the issue first occurred.

I cut back on his pellets to half a cup a day for both rabbits, no more than that. I often will not give fresh pellets if I see they still have around half of the last day's pellets in the bowl. I don't really give my rabbits fresh veggies daily, but instead give them sparingly as a treat. I keep them on unlimited timothy hay as well. Cutting the pellets back seemed to have worked for me, but I don't know if that would work for you.

I'm sorry for making another reply, but I wanted to correct myself above and add one last thing...

I misspoke about the fiber. It is actually carbohydrates that can cause the issue, and that the rabbit should have a high fiber diet. Now I'm only going from one source right now, but I remember it now and I know that several other sources basically said the same thing from my prior research.

Give this thread a read:

The things you see, if you haven't heard of it, are cecotropes. It's different than poop and very important for rabbits to consume. I typed in a google search 'why is my bunny producing so many cecotropes' and tons of threads pop up.

A tablespoon or so of canned pumpkin, or a bit of bitter greens daily for a week to ten days will often settle their digestion. If they have been on antibiotics, had surgery, or vaccines, a probiotic will help to rebalance the gut flora.
If they seem bored by their hay (not eating enough) switch around. Make sure its fresh.

I forgot to mention that I also give them a small handful of black oil sunflower seeds - they love 'em!

Also know too much food can cause that, I cut back in the warm months on pellets and increase in winter. I have Americans (around 10lbs) and they get no more than half a cup a day with unlimited timothy. If you try anything new Go VERY slow, they have sensitive tummies.
You must log in or register to reply here.
Share:
Reddit Pinterest Tumblr WhatsApp Email Link