Is my bantam cockerel too big for my pekins?

I’ve integrated them slowly, putting the young ones in the run so the older two can see them, but can’t touch them.

They’ve been like this for 2 weeks, so I’ve allowed supervised visits in the garden. Letting the 4 out together while I watch. The cuckoo Maran cockerel chases the two pekins showing them who’s boss, occasionally pecking them as expected. (He does the same to the 15 week Silkie).

He’s obviously a lot bigger than them at the moment as they’re only 8 weeks and he’s 15 weeks, but I’ve been told that he is too big to keep with them permanently. He’s the same size as the Silkie.

What do you think? When they’ve grown and matured, will they be fine to go i with him and the Silkie hen? They’re all bantams, so I thought they’d be ok, but now I’m worried!

You'll have to play it by ear/eyeball - it all depends upon how large he matures.

It really depends on how big he gets. I’ve had OEGB and Cochin Bantam Roos with LF hens, but never the other way around.
And I love my CochinBantams, sweet birds, good mamas. 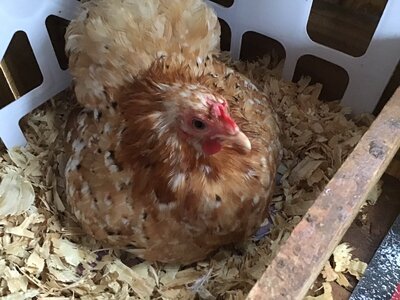 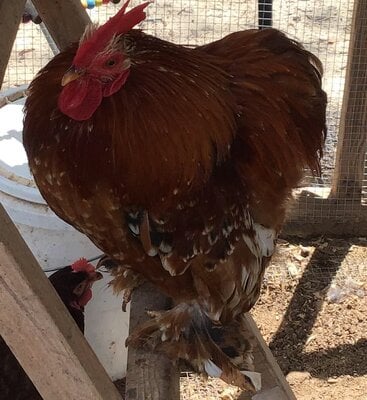