Is my roo missing an EYE? [Pics]

I came home from a weekend away and one of my roosters is either clamping his eye shut or it's missing. At first I thought it was just gone but now, I can't tell. He won't let me get close enough to him to do anything or check him over. He doesn't appear to see (obviously) from the right eye when I "sneak" up on him, but that ol' boy has good ears. ha!

I'd appreciate some suggestions or advice - I'm not sure whether to do something or just leave him be. Wondered if he had something in it that made it hurt to open - but he doesn't appear to be trying to open it either.

Other info:
-Our farm-sitter said she had to split up the roos when we were gone because the two of them were fighting. His comb & wattles are quite a bit more beat up than when I left which is unusual because he usually "wins".

- There has been NO drainage, or blood or anything yucky coming from the eye.
- He is just as active today as he was last week - although yesterday he stayed in the coop a lot longer than usual instead of going out to forage. 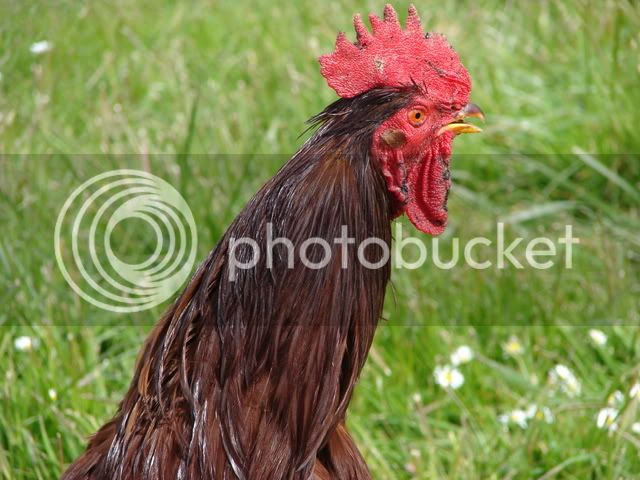 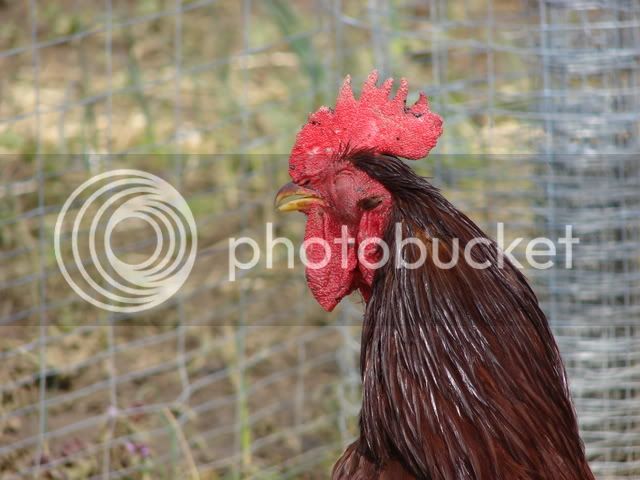 I think if he was missing the eye the lids would be sunken. It doesn't look sunken, so I would guess it might be scratched and irritated. Maybe give it a good rinse with saline and see if that will help soothe it.

I think you're right about it not being "sunken". It was hard to tell because he wouldn't let me look at it. I figured if I took pictures - and got REAL CLOSE on my monitor I could see more than he'd ever let me!

I'll see if DH will wrestle him out of the chicken coop after they go to bed tonight and we'll take a peek. What's the best way to make saline? I have tons of contact lens solution that I use in MY eye... LOL

*edited because I mysteriously posted too soon
Last edited: Apr 9, 2008

You can use people eyewash from the pharmacy.
He looks like the eye's still there.

it looks a little swollen

are you sure that's not photoshop?

this may be sighns of illness, or desiese.

Ask your vet if you can put the non-steroidal eye ointment for horses in it. It's good stuff for eye scratches & is available at the feed store. You just have to be careful & not get the steroidal type which cannot go into a scratched eye (there are two kinds).

I have to agree, it doesn't have that empty "sunk-in" look. I believe the eye is still there, perhaps just damaged or hurting. You can use the same eye solution that you would use and rinse it out.

Wait until it's dark and then go grab him while he is roosting. That way your not stressing him(you and your hubby) out by trying to run him down.

Once you catch him and get the drops in his eyes, try to keep him in a place with minimal dust and debree. You don't want him to get more *stuff* in the eye while you trying to get it to heal.

N
Eye infection or something else?