I posted a pic of BB a duck I rescued Monday of last week, he was attacked by something & lost part of his top beak. I'm happy to say that he is doing very well, I kept him in the one pen with the other ducklings for a couple of days so the adult ducks wouldn't pick on him, then the miracle happened ( at least for me!!!) on day 2 of having him, I was cleaning out the pens & decided to let him out since I was down there to supervise, he followed the ducklings out into the smaller pond & Bear ( my adult drake) went into attack mode, to my surprise BB grabbed Bear by the neck shook him for about 10 seconds & Bear swam away & got out of the pond!!!! Bear has always been a bully but since BB stood up to him, everyone gets along very well now, they are all sleeping in the same pen together at nights now!!!! This might sound silly to some but for other's who have had to deal with keeping ducks separated into 2 different pens you understand what a relief this is!!! 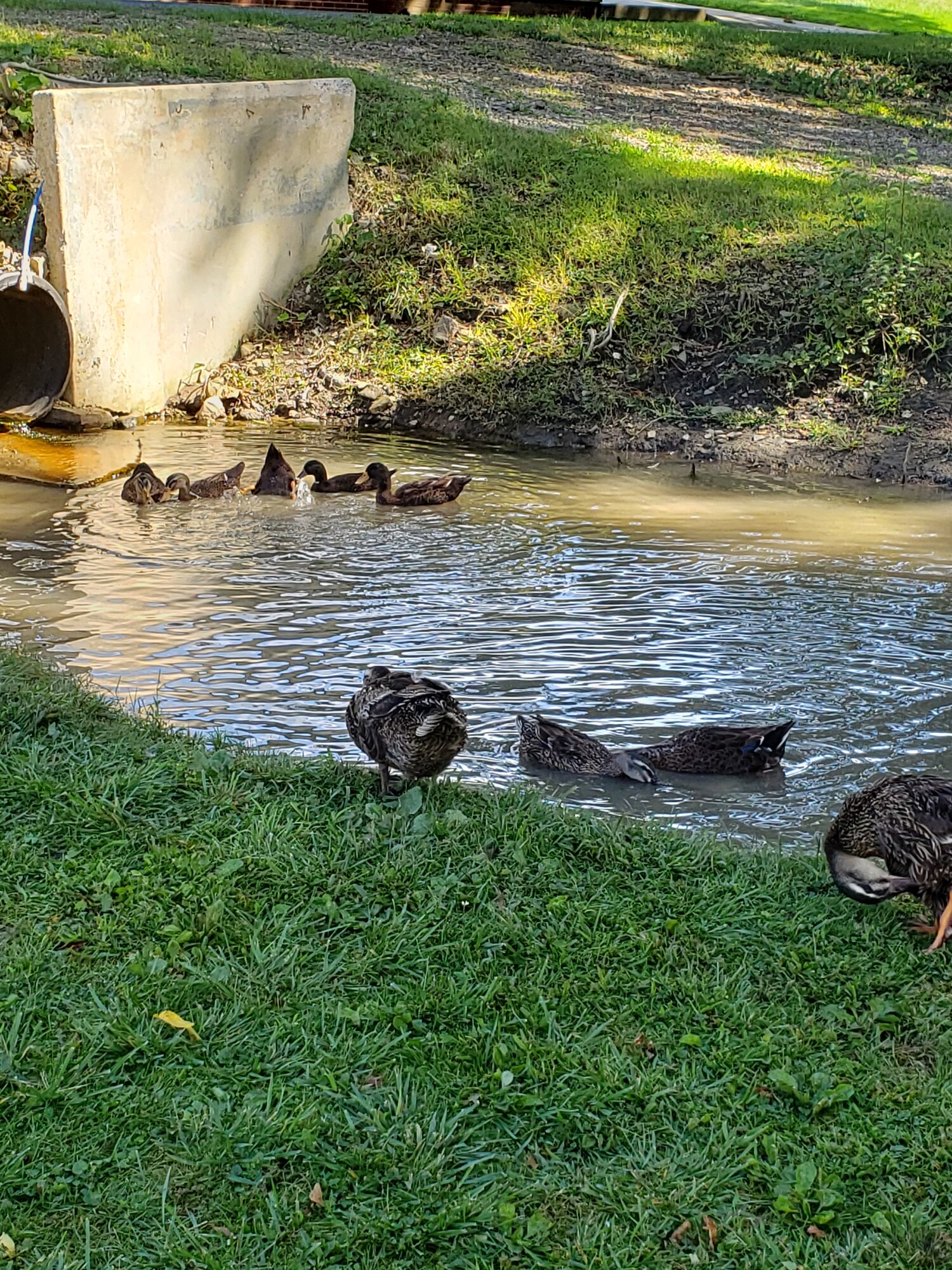 sounds like BB has recovered pretty well then, congratulations on being able to put them together

Yes, he is doing very well & is enjoying his new siblings!!!

they are beautifull ducks!

Jpat said:
they are beautifull ducks!

Thank You, he definitely is a very special duck!!

Sue S said:
Thank You, he definitely is a very special duck!!
Click to expand...

can he eat right off the ground or does he scoop it out of a bowl?

Jpat said:
can he eat right off the ground or does he scoop it out of a bowl?
Click to expand...

He scoops from the bowls, they free range during the day & are given food at night

Yes it is, I was worried that I would have to keep them separated til the ducklings got older but I'm glad to see I was wrong!!!

M
My duck is disabled

O
Duck can't stand up at all
2