We live down in South Florida, so cold is not an issue but heat is so its fully open on the front and half open on sides plus the rafters. I used 1/2 inch hardware cloth for the floor and all the open areas. It has solid hard rubber five inch wheels so its fully movable throughout my yard. I used a bunch of ideas gained from other coops that I saw posted here and changed to suit, so thanks everyone for all the ideas! I have almost no building or woodworking experince but think it still came out pretty good. My birds seem real happy with the huge space upgrade. The three littlest ones who we were keeping in a large container in the garage separated from the bigger ones have now moved into the old coop. Looking at that picture of the old coop you can imagine how crowded it was with the seven bigger birds in it each night. I'm planning on also having a four stall egg box setup projecting from the rear of the coop. It's almost all setup, but for now I covered the premade area/hole with a piece of wood, I'll add it in a few weeks once I get recharged a little. 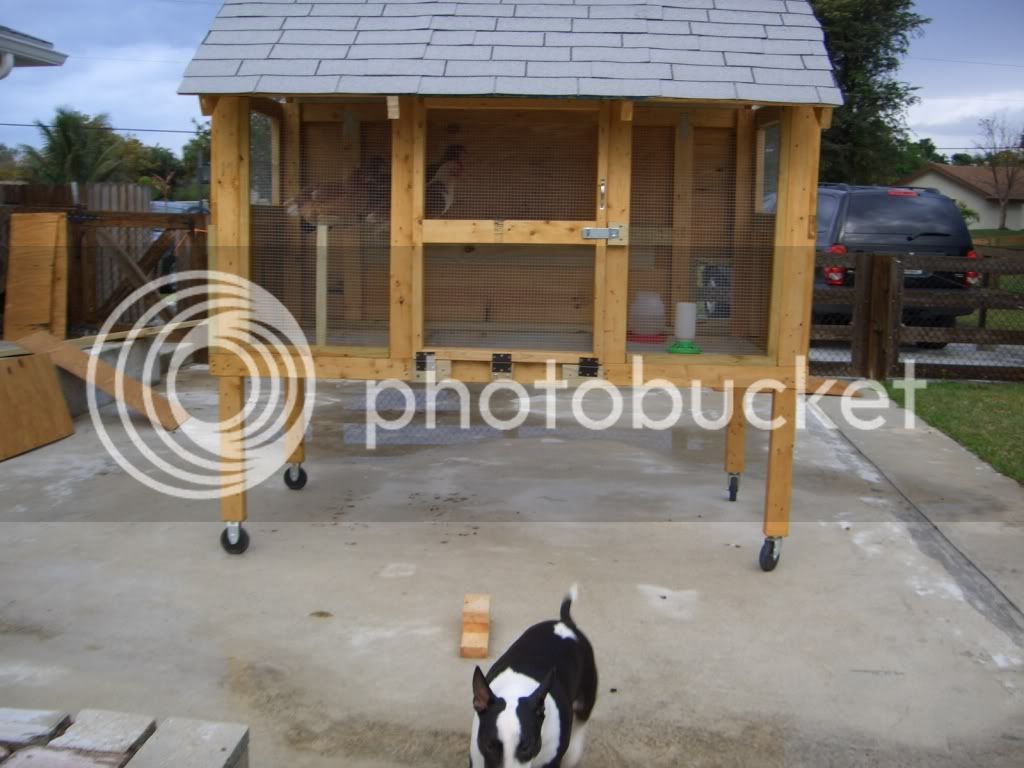 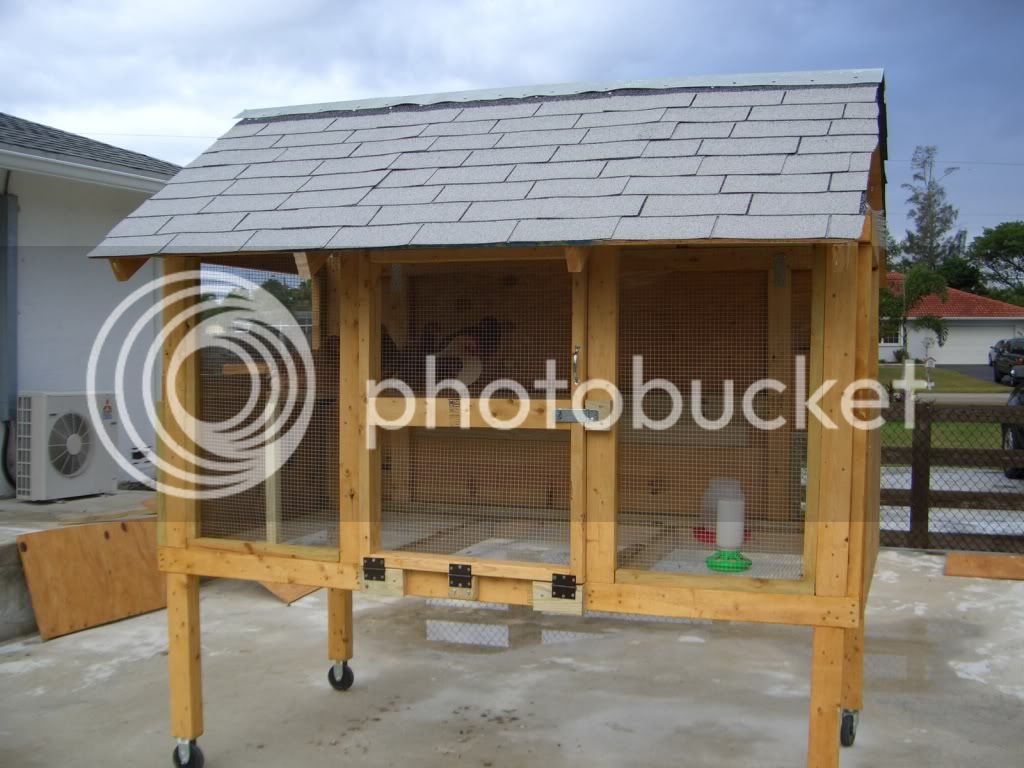 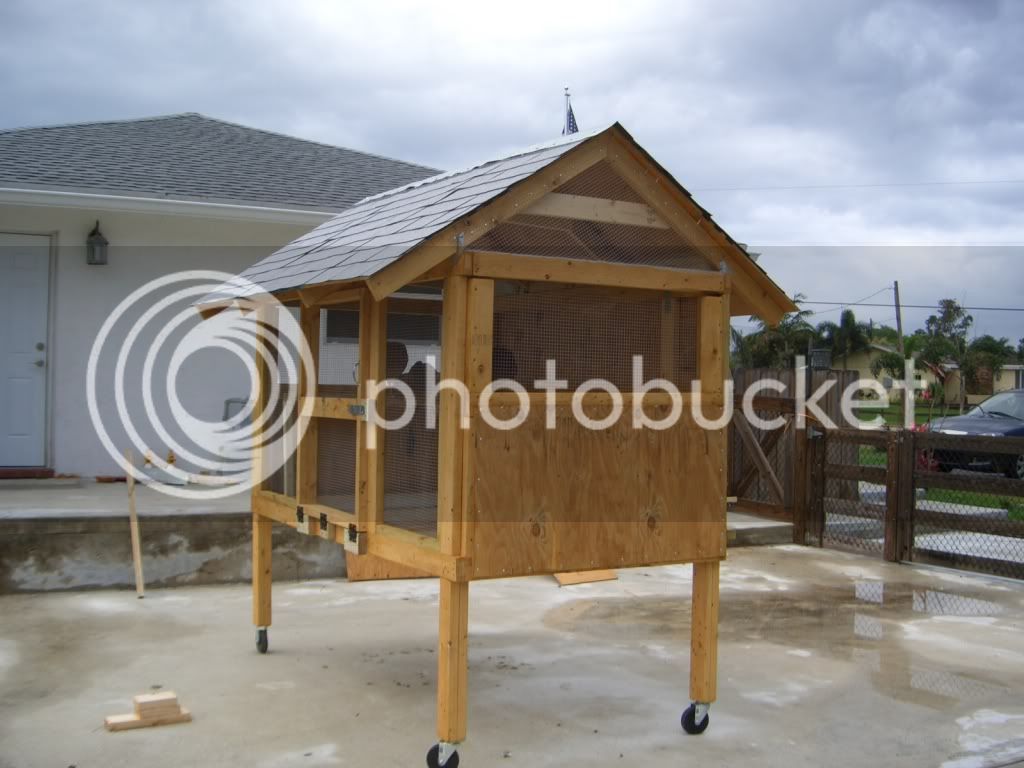 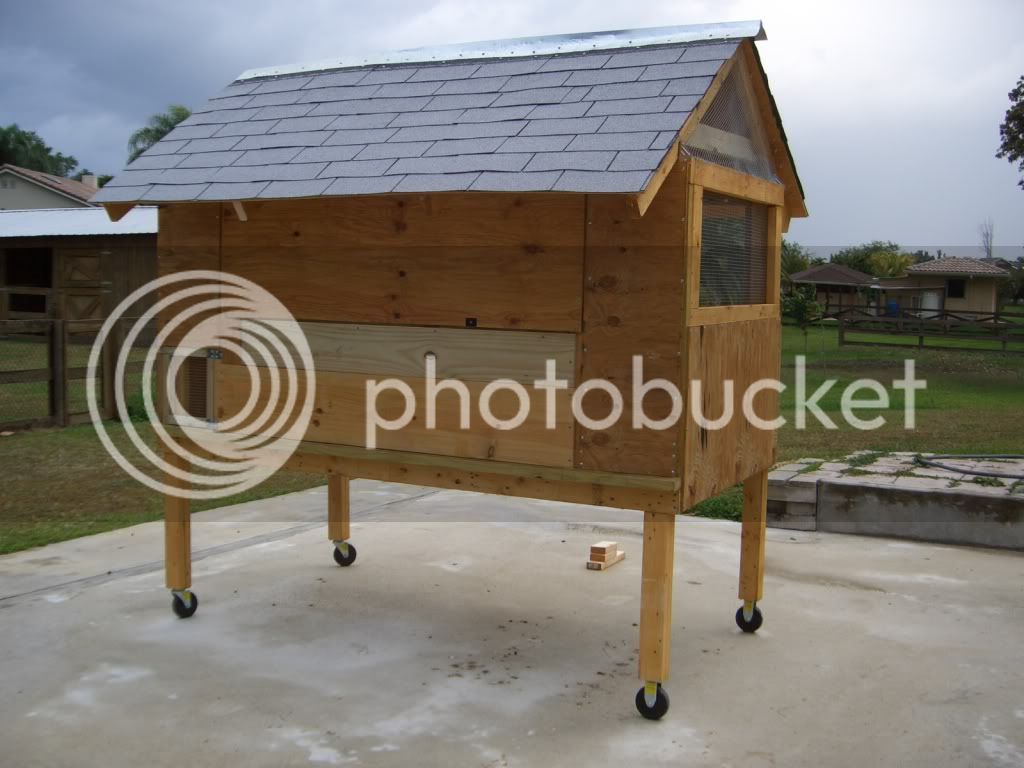 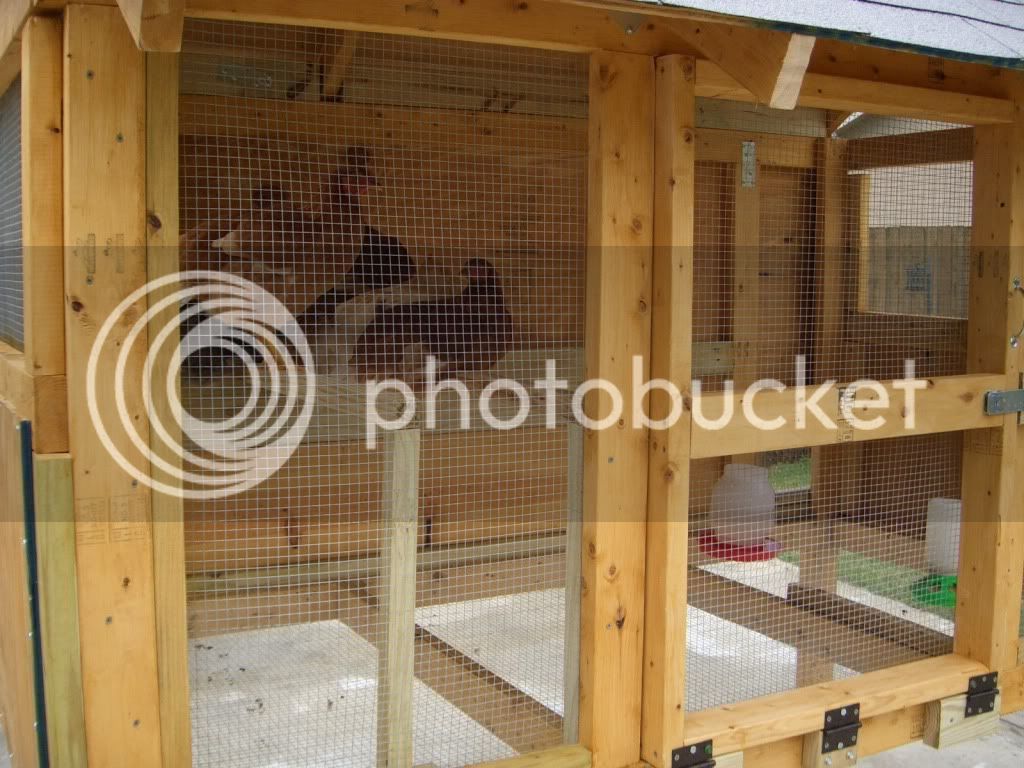 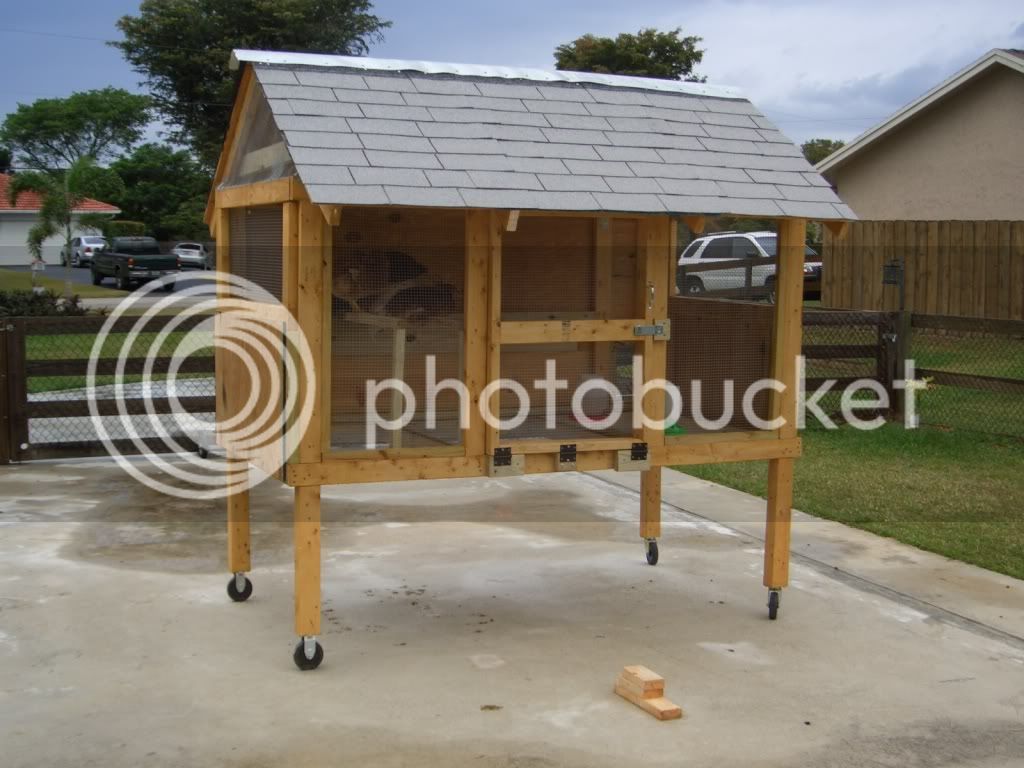 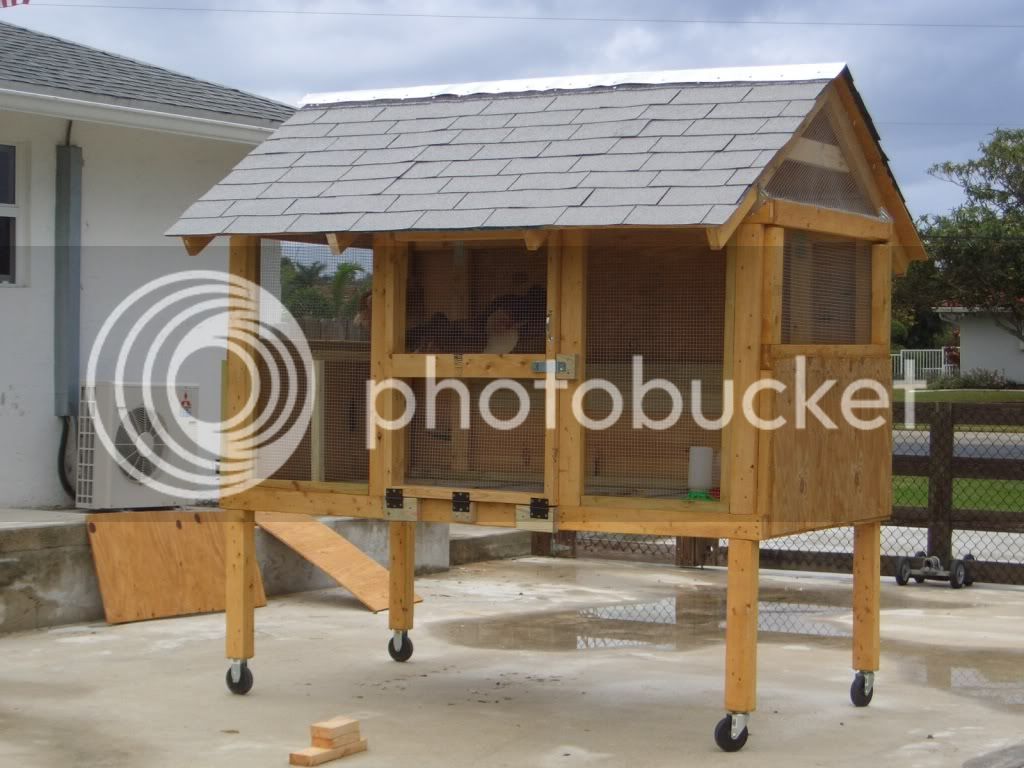 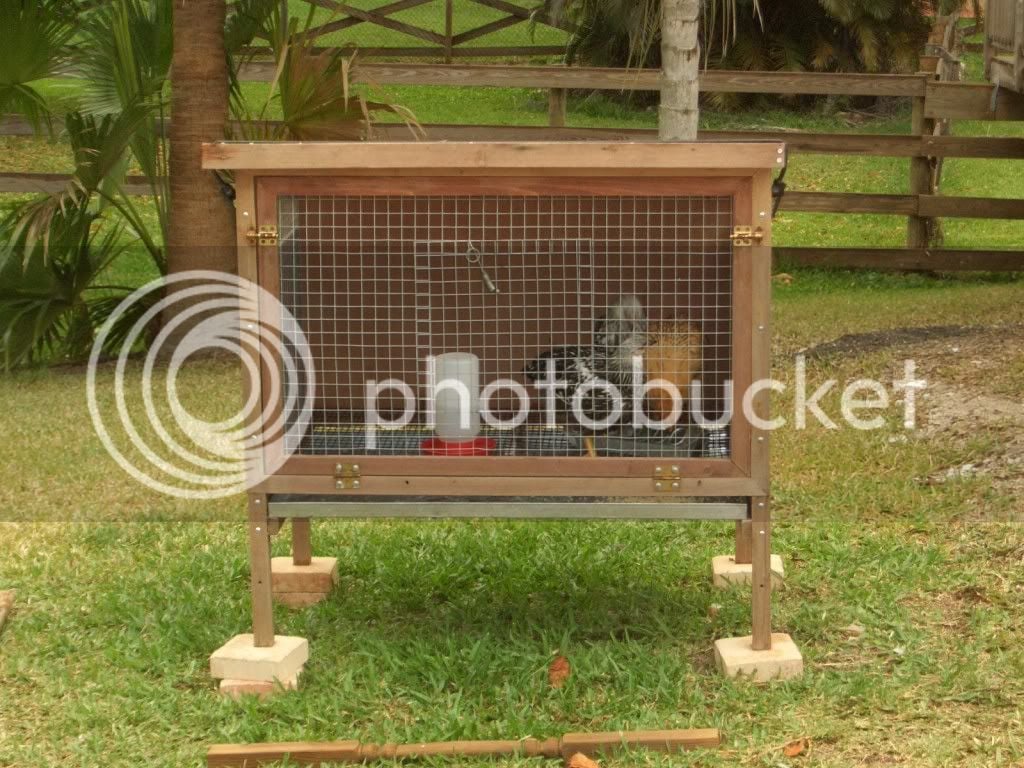 I bet your birds really love it.

Nice Job!!! That thing is awesome.

I really like your coop, do you think if I made the same thing that the wheels will hold it on hills? because most our land is hilly!

Quote:I think it would be fine as long as its parked on a fairly level spot. Although fully wheeled only two of the four wheels can swivel direction. Plus its pretty solid/heavy overall so its not going to start rolling on its own without a lot of help.

Thanks to everyone for the positive feedback, as a first-time builder I'm real proud of it. Hopfully my birds will lay lots of eggs to show their appreciatation!

If it was going to be on a hill, I'd make the legs really short, so it wouldn't be top heavy and fall over.

Well I finally got around to completing all the finishing touches to my mobile Coop and added a birdie dormer (three nest/eggbox) to it. Best part was the very day after completion we got our first eggs, some smart birds 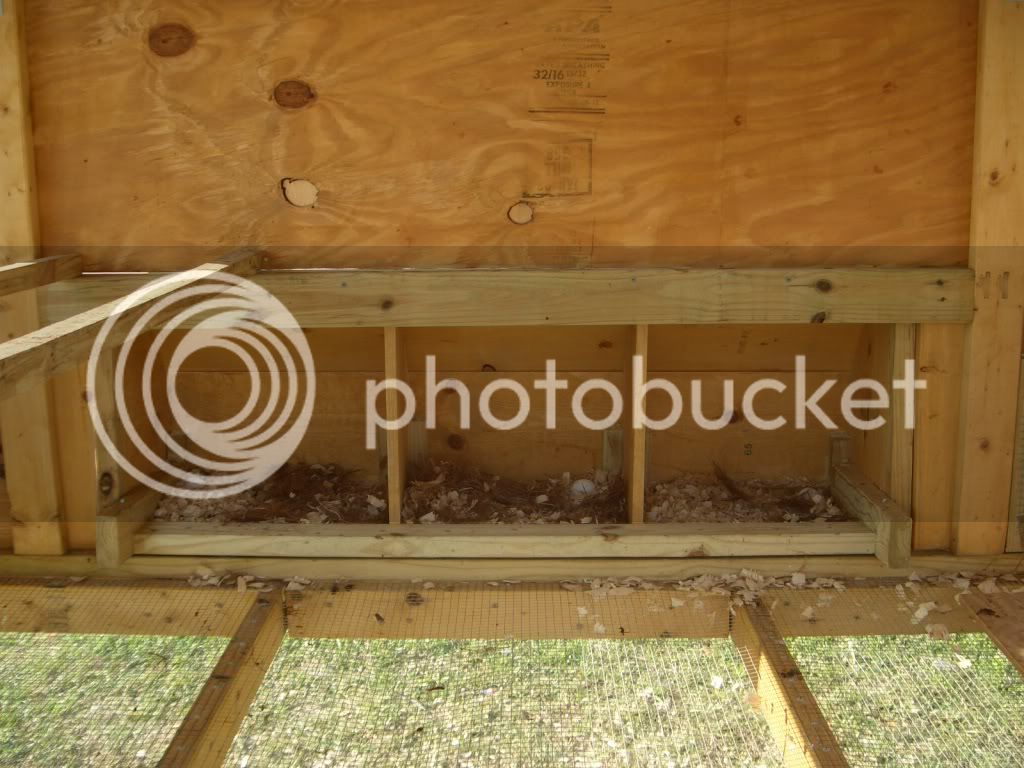 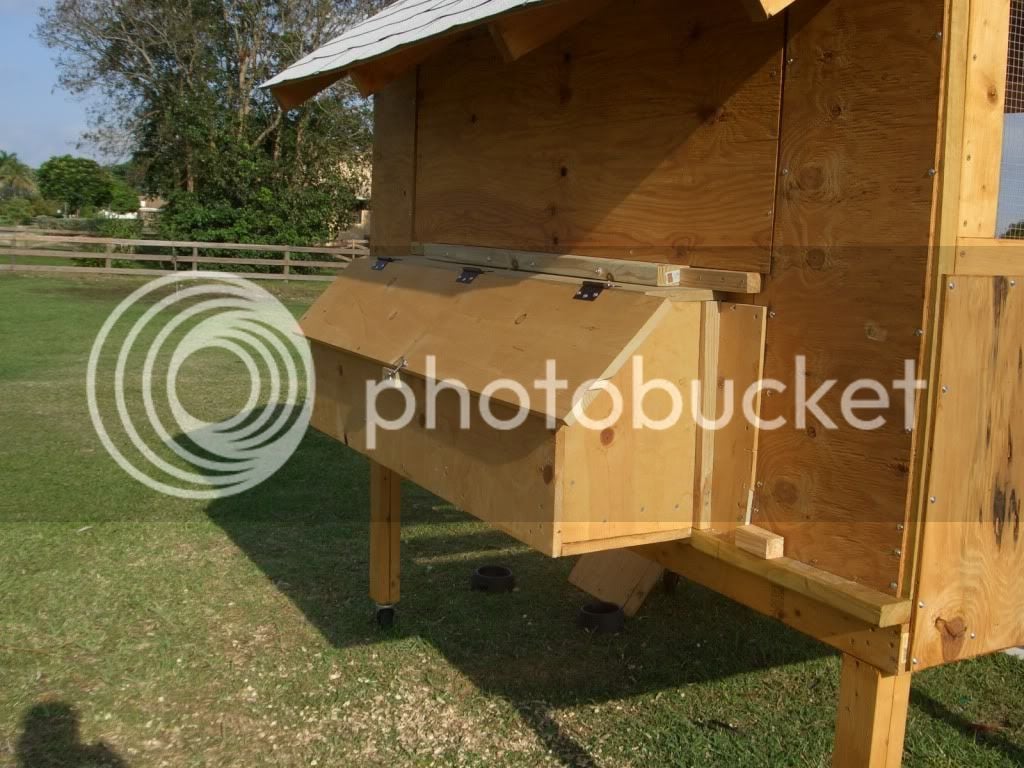 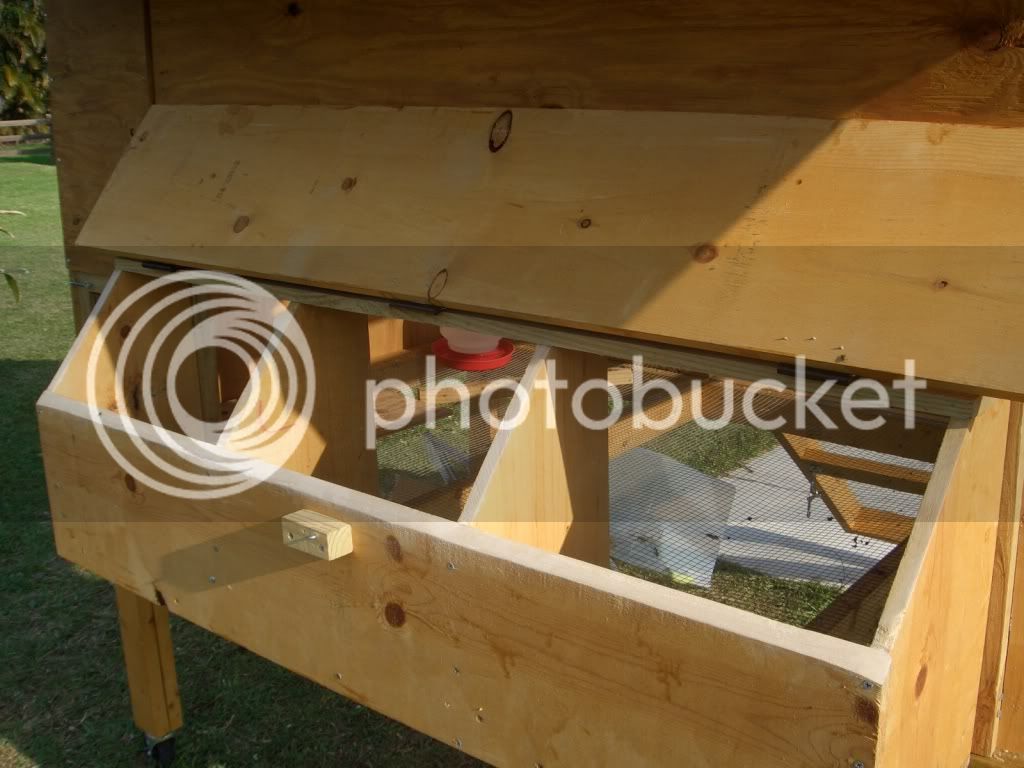