For nearly a year, I have had a free ranging, predator savvy flock with with access to 100+ acres & an automatic chicken door that lets them out in the morning and closes them in at night. My four 9-month old roosters, raised together, had co-existed peacefully with fewer than 25 hens between them. I love how easy they were to manage and how many roosters I was able to keep! However, as I started hatching my own eggs, I didn't want to leave it up to the flock to decide which roosters sire my chicks, so I started experimenting with a breeding pen. I learned, the hard way, the dangers of putting a low ranking rooster in a pen with "someone else's" hens, especially within sight and in a way that feels like they're all still hanging out together. One morning, I was shocked to see how much blood one rooster had flung inside coop walls and dripped all over feeders, waterers, roosting bars and the hens he was roosting with. I had seen the battle (which was taking place THROUGH the flexible fencing of the breeding pen) and separated the roosters and locked them in their respective coops the night before. It wasn't until the light of day that I realized how bloody the battle had been.

Fast forward 30 days...I now have 3 of the original roosters (circled in red) and three 15-week-old cockerels (in yellow) all living peacefully together. Elvis used to be #1, but our new #1 (Gimpy) is a much better leader of the flock. He keeps everyone in line with minimal aggression. 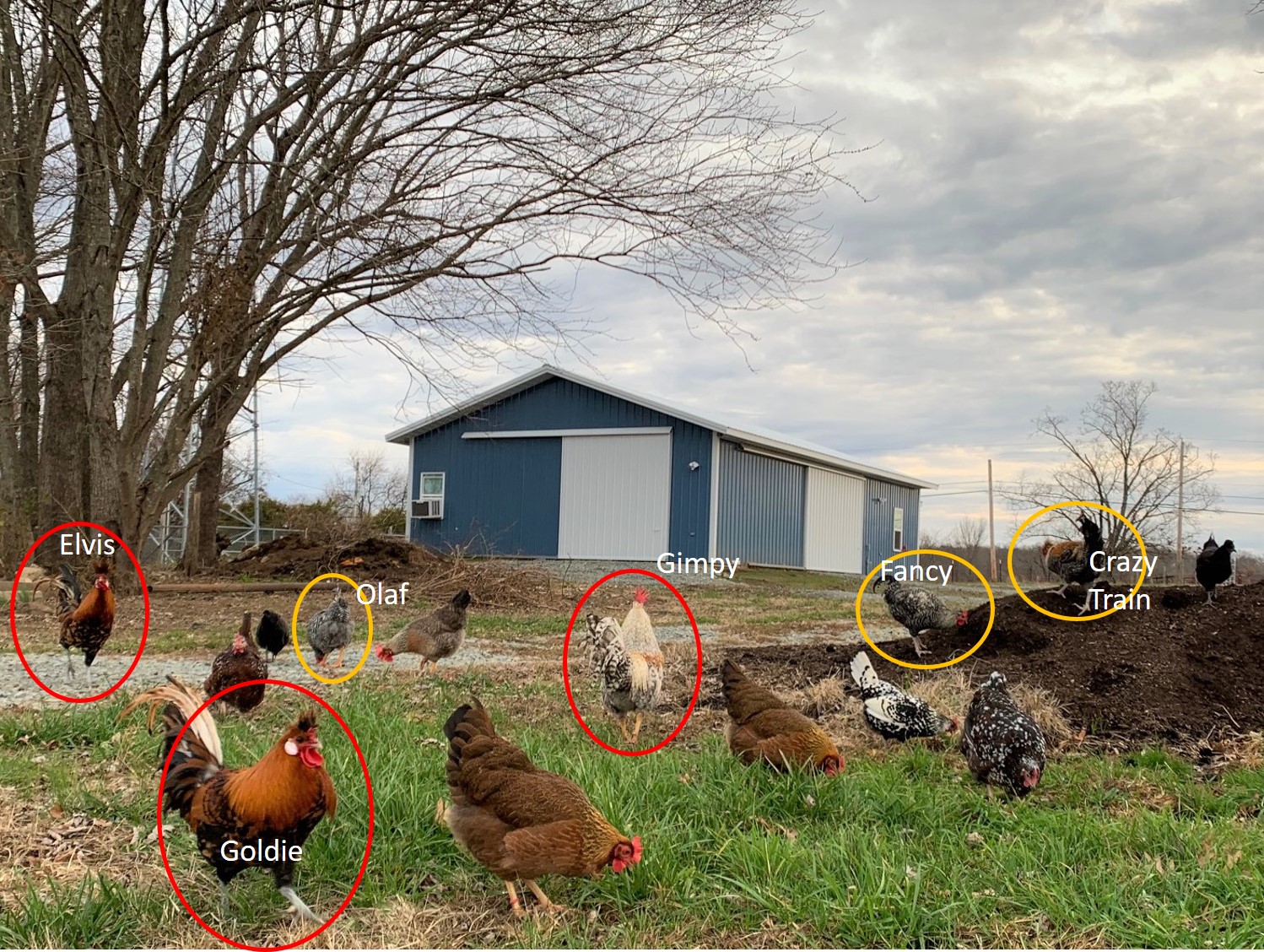 Here's how I managed them:
Yesterday afternoon, just before dusk, I gave Elvis one final chance to stay. I let him and the Sussex out of the pen, tossed treats around to bring the flock together, and watched to see what would happen. Nothing! Elvis had accepted his position as #2 and Gimpy didn't seem to have anything left to prove. Other than a few very minor scuffles, they all went about scratching for the treats I threw out, with all 3 of the roosters trying to win favor with the hens but not at all focused on each other. At the same time, Crazy Train, the top cockerel, attempted to mount a few hens, who chased him off. Olaf and Fancy, the other cockerels, were trying to look cool while getting bullied by hens. The big roosters didn't seem to pay any attention to any of them.

So, for now, I have technically too many roosters, and I'm expecting to hatch a few more (along with more hens, hopefully). But my hens are holding their own, and the roosters are living in harmony, working as a tag team to protect the flock from a couple of hawks that have been relentlessly stalking for weeks now (only one casualty so far). These are heritage breeds who have survived for hundreds of years, so they must have been able to live with "too many" roosters, at some point. Let's see how it goes. 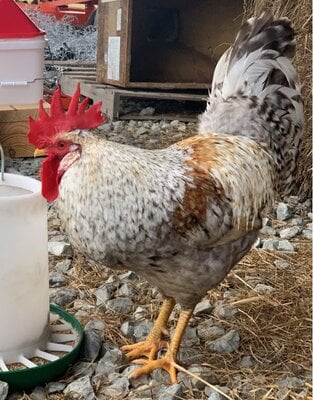 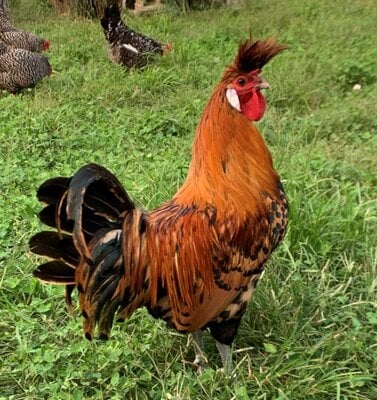 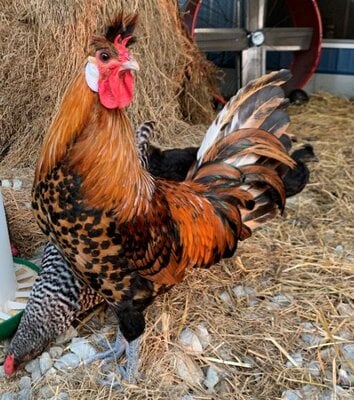 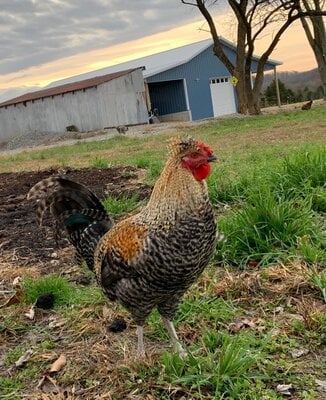 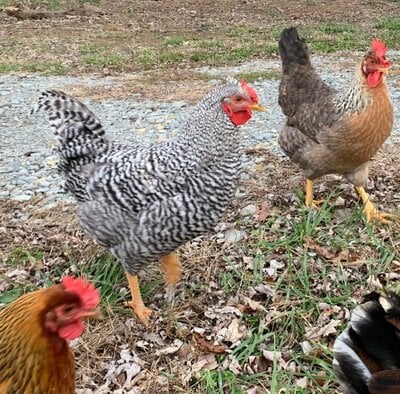 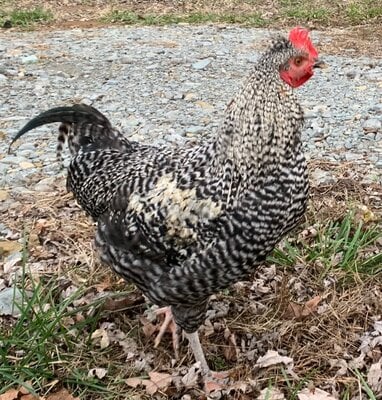 What an amazing story, as well as some BEAUTIFUL roosters!!! (I'm partial to Olaf.... LOVE that crest!!)

That's so nice!
I'm sure people will tell you to get rid of some
(I only have 2 and have been told that on here) but looks like you are managing well and they are happy so WELL DONE, lucky flock!

Thanks for posting that!
I like the way you explained what happened, what you learned, what you did next, and so forth.
And It's a very good example of how the "wrong" sex ratios can be a problem or just fine, depending on the exact conditions.

SBFChickenGirl said:
What an amazing story, as well as some BEAUTIFUL roosters!!! (I'm partial to Olaf.... LOVE that crest!!)
Click to expand...

Thank you! Olaf is the snuggliest of the bunch, too. He's super mellow and only just started trying to crow--weeks after the other little guys. I'm hoping he can hold his own.

This is all I do. 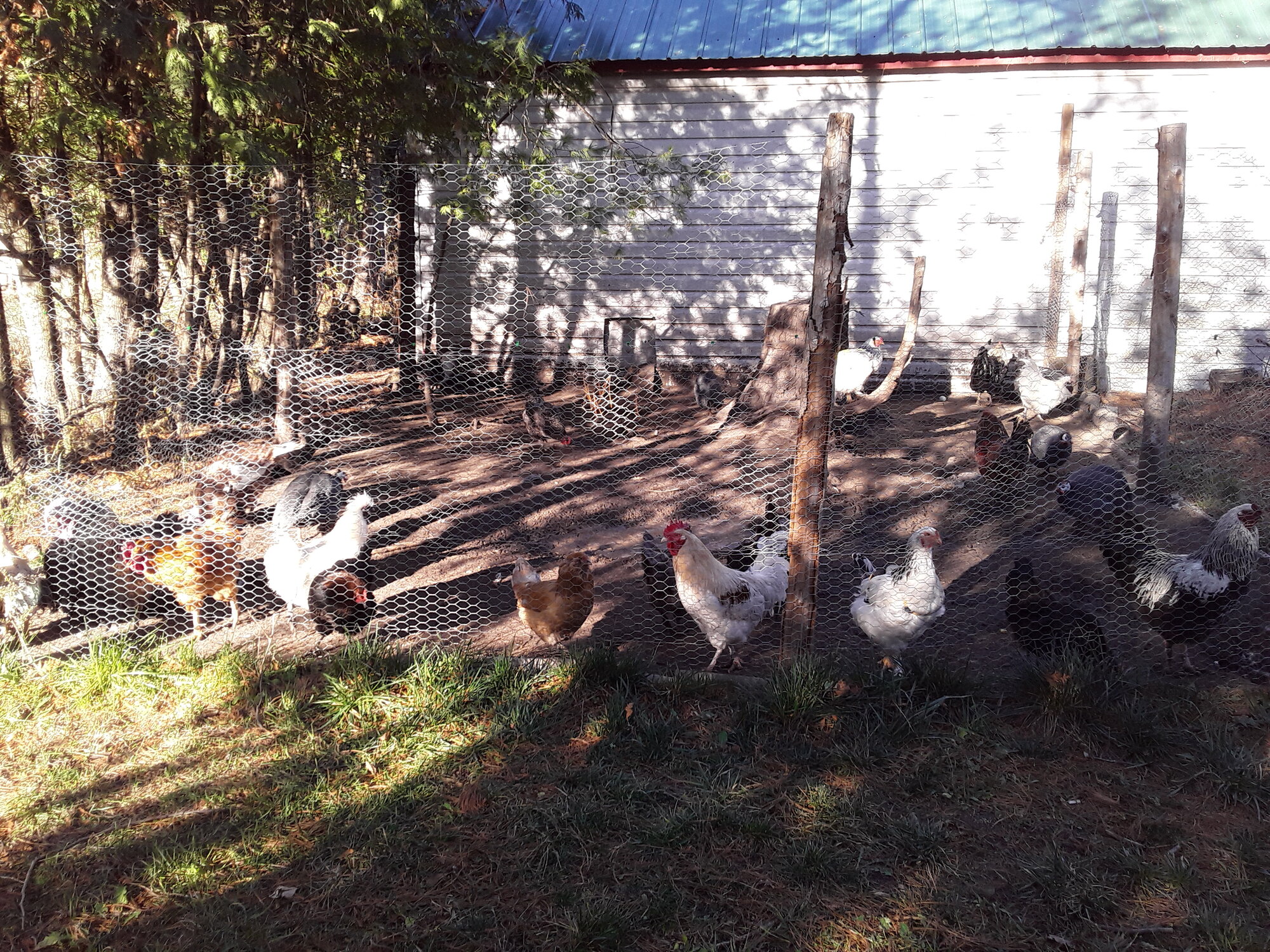 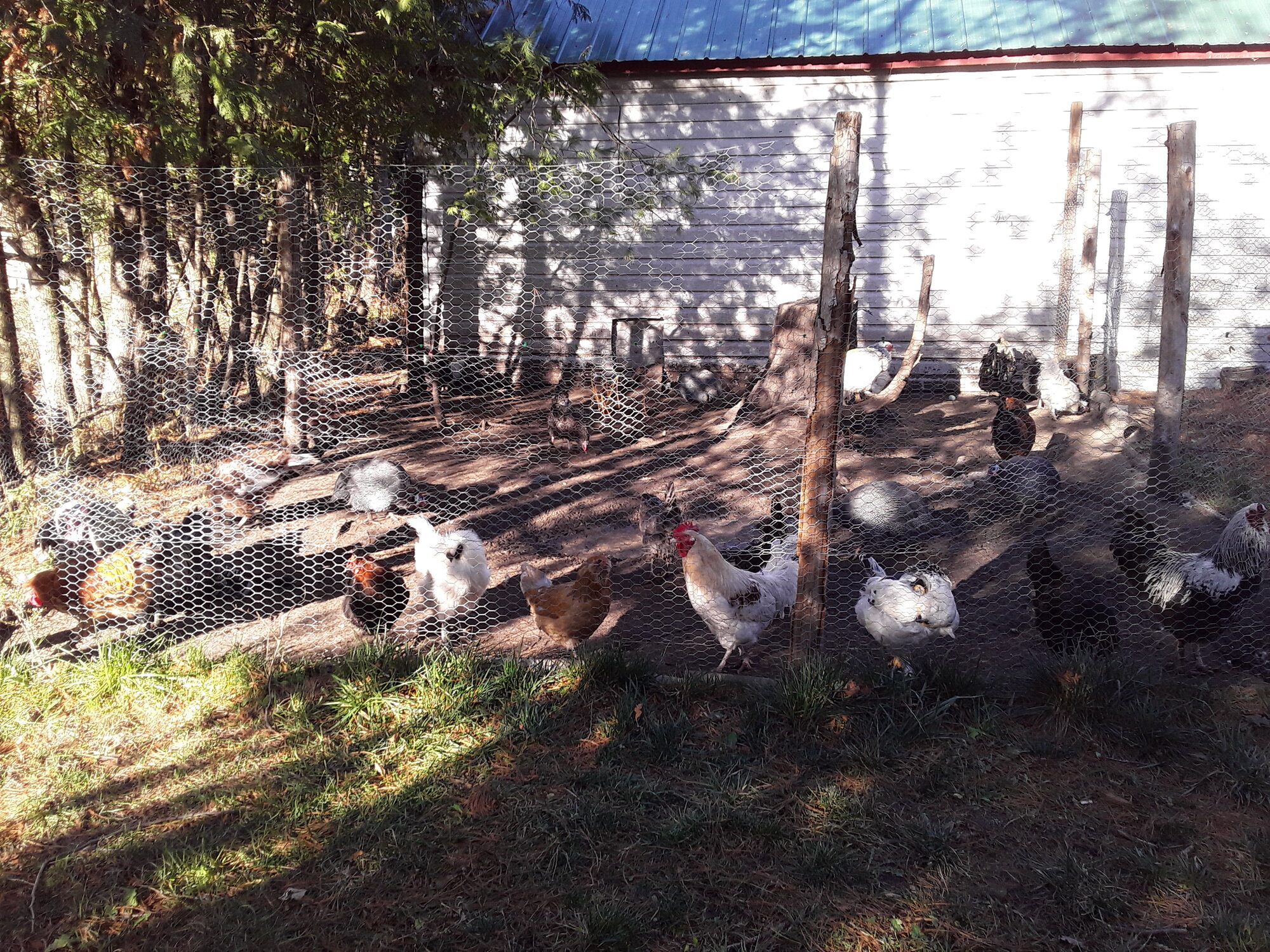 The only thing that goes on is pecking order arrangements, which includes the occasional fight, over mating isn't a huge problem with my flock of uneven ratio(Hen Saddles Are Used Just In Case) not everyone needs a hen saddle. They manage themselves really well.

I do use breeding pens, but they're out of sight of the other boys.

Yeah, sometimes it's better to leave well enough alone with chickens. When you separate them they will have to hash out the pecking order again when they're reunited, even if they can still see each other.

Elvis and Goldie are gorgeous cockerels and by far my favorites.

MysteryChicken said:
I do use breeding pens, but they're out of sight of the other boys.
Click to expand...

I've thought of doing that, too. Unfortunately, I think it may be a while before I can get something setup in another area on the farm.

halefamily_flock said:
Thank you! Olaf is the snuggliest of the bunch, too. He's super mellow and only just started trying to crow--weeks after the other little guys. I'm hoping he can hold his own.
Click to expand...

I just realized I got names and pictures mixed up LOL. I meant Crazy Train....

Olaf is stunning as well.