So we have a female khaki who came with 4 others. She was raised by someone else for less than a year. When her back gets wet, it looks like it stays wet for a long time while all the other ducks i have look as if they never got in the water. Is there something I can do for her? Is she ok? Ill get pictures later today

It appears likely that your bird has a minor case of a wet feather. Wet feather is indicated when the feathers on her body are unable to properly repel water; on a microscopic level, the posterior barbules are not interlocking as they should which creates a very "rough" appearance for the bird, in addition to the inability to repel water properly. Several predisposing factors have been described, however, most predominantly lack of access to bathing water, malnutrition, ectoparasites, and mating damage should be considered first.

Wet feather generally starts to appear bilaterally on the wings, then moves to the rest of the dorsal aspect. If you're are seeing strictly poor condition on her back, it is possible she is being over mated, and the repeated, frequent mating is disturbing the structure of the feathers. 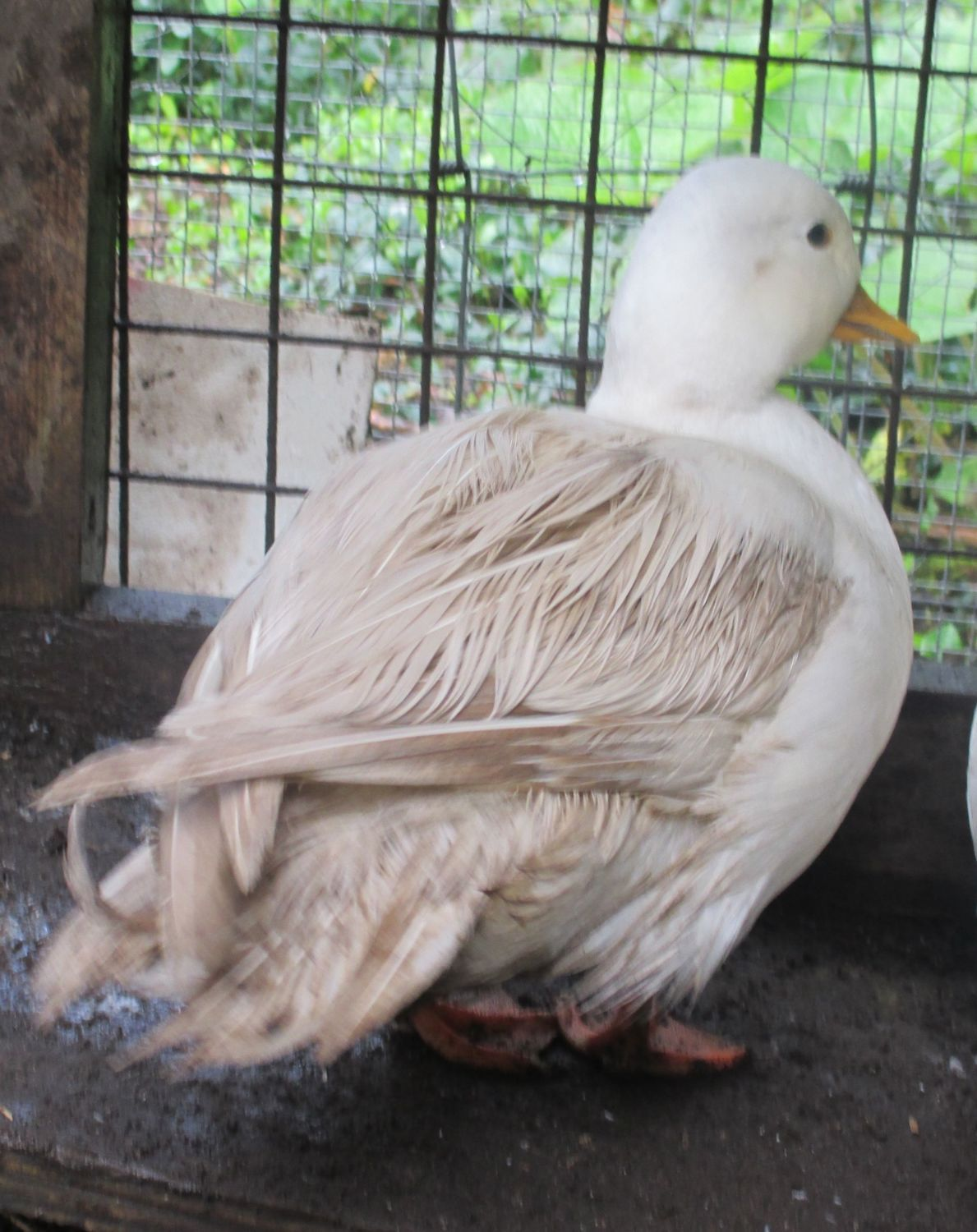 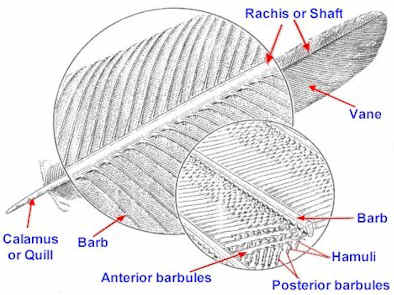 If you have more than one male, and he's mating with that hen particularly often, you should consider that as a main possibility. In addition, you may check for lice/mites under her wings, vent, etc. If she is being fed a scratch grain mix, that could predispose her to developed such a condition; birds should be a fed a pelleted feed for all poultry or waterfowl. Depending on the damage to the feathers, sometimes a full molt is required to completely restore the water repellency. However, ensuring she gets in water daily would help prevent the problem from getting worse. If hypothermia is ever a concern, consider misting her feathers as that should help stimulate natural preening. Examination of the uropygial gland (oil gland), located pygostyle to ensure correct health may be a good idea.
F

She has 1 mate. The other males have other females to antagonize currently. She eats pellets and I give them a pool with fresh water twice a day. Im going to catch her today and give her a once over. Thank you

Freie Family Farm said:
She has 1 mate. The other males have other females to antagonize currently. She eats pellets and I give them a pool with fresh water twice a day. Im going to catch her today and give her a once over. Thank you

How many males to females do you have? It was my understanding that each male should have about 4-5 females.
F

I have a decent ratio. We do have a male we are getting rid of soon. But all our ducks get along and there's no over mating going on. Some of our males don't even bother because our top males keep everyone in check.
F

But either way, my male to female ratio has nothing to do with my single female with a wet feathers issue since she has only ever been mounted by our Slater once a day. Yes I keep track. Joys of being a bored stay at home mom most days lol

I'd agree with above about the wet feather.
F

I went to go look at her and she is eating fine, chasing off my muscovy male for being a jerk to her hubby (slater), swimming and preening. Maybe I just have to wait until she melts now. I'll keep an eye on her and if I can catch her, I'll so the once over. But she is quick! She's the fastest of my ducks lol the only one not to be caught.

Can you help identify ducks gender?
2