These were sold unsexed but the breeder thought they would both be pullets. She actually had one in with them who she was sure was a cockerel and compared to him she said these two both seemed to be female. But I'm beginning to suspect one might be a rooster. These are my first chicks though, so not sure if my reasons for thinking so are valid. They're around 8 weeks old. 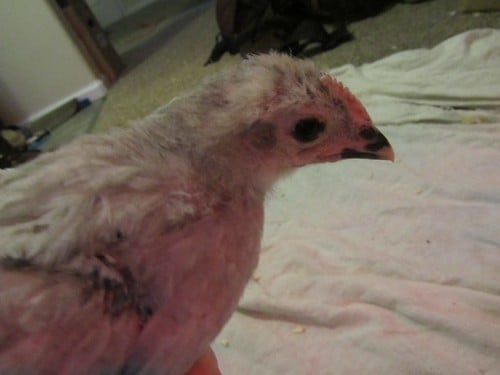 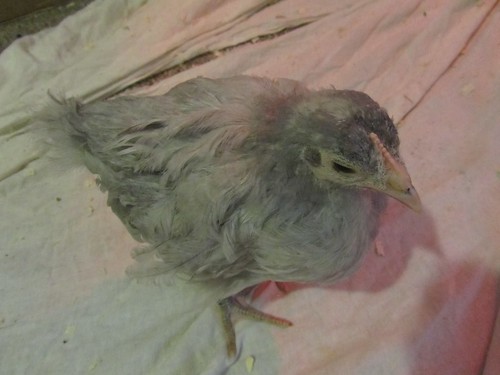 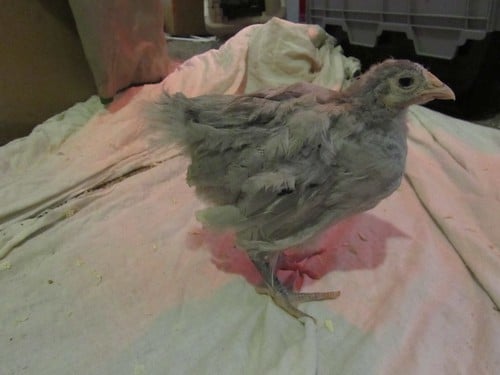 The very first picture looked like a very pink comb and I would say roo, but maybe it's just the lighting because the second photo looks more like a pullet....so if that's the case I would guess two pullets.

Look pretty girlish to me, if that first pic is due to lighting.

I have 4 Lav Orp's that almost 5 weeks old and the one I suspect is a roo, already has visible, albeit small, wattles. And...since day one pecks at my hand when I put it in the brooder. This has always happened when they turn out to be roos!

I'd say the first is a cockeral and the 2nd is a pullet. BUT those chicks are NOT 8 weeks old, more like 4 or 5 weeks.

This is an 8 week old splash Orp cockeral: 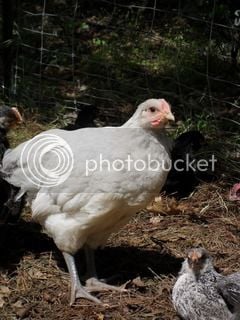 And a pullet, same age: 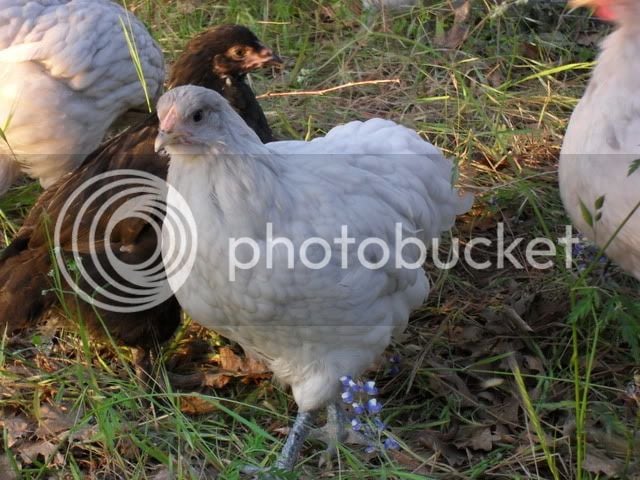 Great, thank you! I hope you're right.

The first picture is probably a reflection from the heat lamp that was above her. Sorry about that. Their combs are the same colour. The second one was actually the one I was worried about. She is a bit bigger and has a shorter tail. I don't actually know if either one of those things mean anything though. As I said, I'm very new to this whole thing. I guess you don't really know for sure until they're either laying eggs or crowing?

Quote:
Weird, your reply didn't show for me until after I replied, but you wrote it yesterday. Anyway, I'm not 100% positive on their age. At the time of the picture they were actually more like 7 1/2. We got them two weeks ago and were told they were 6 weeks then. We also got three babies who were two weeks old at the time (four weeks now). The two Orpingtons are much larger than the other babies, and have all their feathers. They definitely seem much older than the others to me. I took these pictures with my point and shoot at night. (Yeah, should have known better.) The breeder we got them all from hatches a batch (clutch?) once a month around the same time, and I have no reason to believe she wasn't telling the truth. But, I definitely see what you mean about the ones you posted versus mine. Maybe just because they're a different strain? The breeder told me her Orpingtons always grow and feather out slower than her other breeds and she often keeps the older Orpingtons with the younger babies of other breeds.

Anyway, we've been bringing them outside with us most days (our coop isn't built yet, so they're still in a brooder otherwise with the other babies). If you think they look so young, do you think that's a problem? They seem fine, and wander around pecking for bugs. If they start to huddle (which has only happened once when it got a bit windy) I put them right back inside. Our temperatures have been ranging between about 40-60 during the day.
Last edited: Mar 14, 2011

The second is definitely a pullet, and the first one looks like one too

Chillin' with my Orps

i agree 1st roo 2nd pullet an there is no way they are 8 weeks old i would say maybe 4 weeks goodluck we have a few lavenders we hatched out an they are very sweet an gentle birds. here is a pic of some of our orps around 5-6 weeks My lavs tend to feather slower than regular orps. I don't know what it is but they do. I have a friend who has lav d'uccles and she asked me about feathering because she was noticing her lavs feathering out slower than her other varieties as well. IDK?

I'll have to find some of the lavs. I don't have many chick pics still loaded on here

P
What Gender is this LAVENDER ORPINGTON?
2